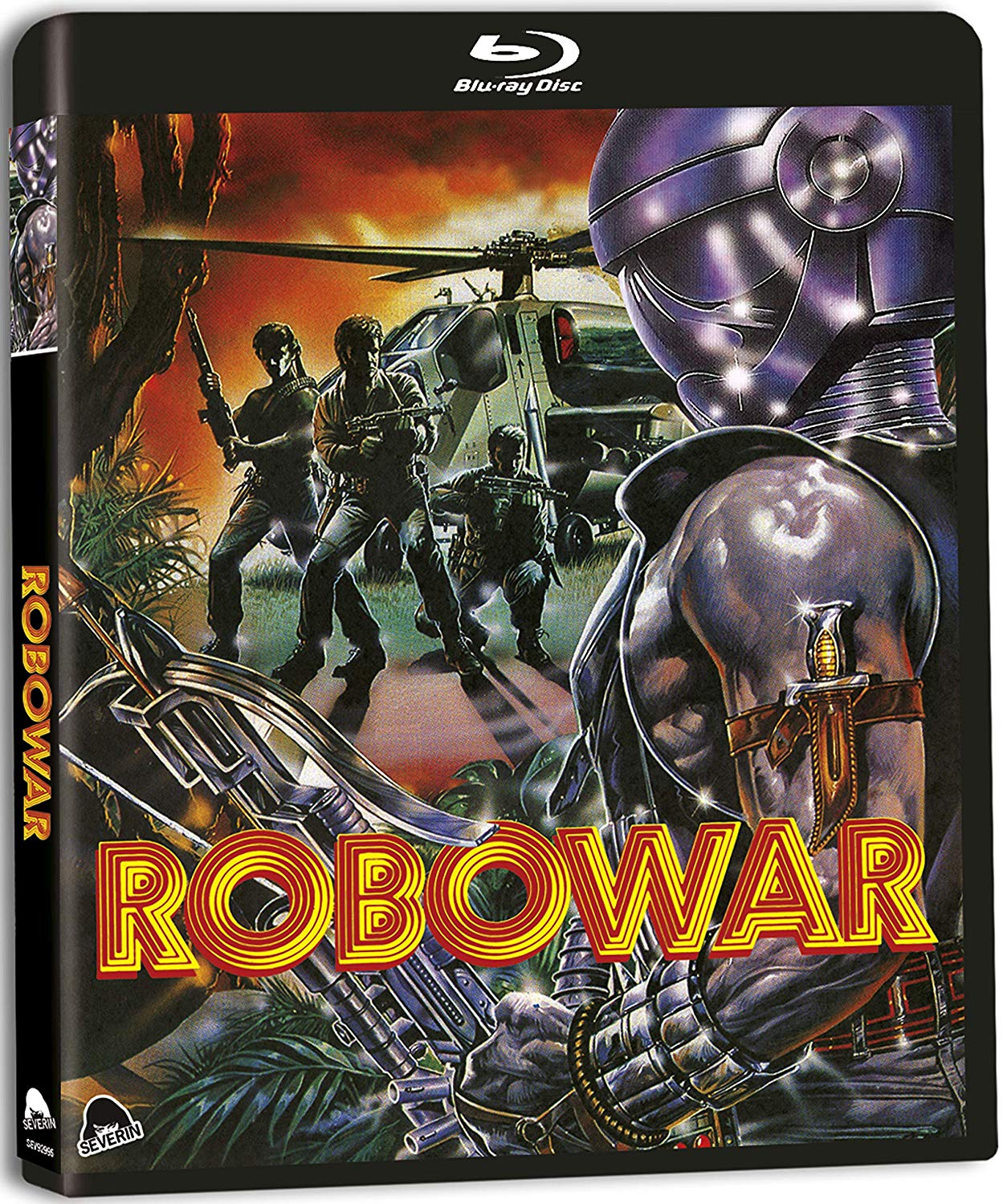 When I heard Robowar was a rip-off of Predator and RoboCop, I thought to myself, “Sure a bunch of guys in the jungle fighting a robot instead of an alien.” That was the extent of what I thought the film was going to rip off (ed. note: have you forgotten about Shocking Dark already?). However, director Bruno Mattei and writers Claudio Fragasso and Rossella Drudi proved me wrong. Oh no, they decided that instead of just taking the premise and running with it, they were going to recreate entire scenes and spit in the face of infringement. My god, I love them so much for that.

If you’ve seen Predator (if you haven’t, stop reading this shitty review and watch it now!), you can pretty much guess the scenes of Robowar. The film starts with a group of elite mercenaries – I use the term elite loosely here – as they head in the jungle to rescue a downed chopper. I think that’s what they are doing, but I had a hard time following the dialogue as I was laughing too loudly. As they head through the jungle, they begin to recreate scenes from Predator. We have bodies missing skin, jungle shootouts, a guerrilla camp raid, dog tag catching, “stick around”, a soldier hung upside down from a tree, sound effects stolen from Predator during the shitty pixel vision of the robot. All of Predator’s greatest hits are here!

It’s insane to think that Robowar was even able to be made as the film doesn’t even try to hide the fact it’s ripping off other movies. There isn’t a single original idea in the movie. It will blow your mind. This all sounds like maybe I’m complaining, but you are dead wrong! All of this thievery is what makes Robowar such a damn blast to watch. It’s insanity thrown on the screen, and you just sit back and be awestruck; to think that all the actors in this movie are taking it seriously. It just boggles the mind. I can’t begin to express the joy of seeing Robowar. Sure, I could just pop in Predator and watch a better movie, but sometimes fast food found in a dumpster on fire is more desirable than the most expensive restaurants.

Robowar has been unleashed on Blu-ray and DVD for the first time thanks to Severin Films. The film was never officially released in North America and was only obtainable on VHS through foreign markets. This means that no matter what issues crop up in the new 4K scanned transfer of the original negative, the film has never looked this amazing. Thankfully, there are no major issues with the video quality in Robowar. We do see some dirt and scratches, and the blacks sometimes appear grey, but given the budget of the film, I can assume this was something that couldn’t be avoided. The video transfer is using an MPEG-4 AVC codec with an average bitrate of 35000kbps.

Audio is presented in both Italian and English DTS-HD Master Audio 2.0. Each track offers the same bitrate of 1655kbps. There is some audio hiss in certain areas, but not enough to distract from your enjoyment. The film looks to have been filmed mainly in English, so you don’t have too many out-of-sync issues cropping up. Each audio track is offered their own subtitles, which makes for a fun game of “what are they really saying” when you watch the English track with the Italian track’s subtitles.

Severin Films has also jammed the disc full of extra features. We are provided seven interviews, with two of the interviews being with Rossella Drudi sitting in front of some drums. Her first interview focuses on Robowar and how it came to be, and her second talks about her career. Co-director / co-writer Claudio Fragasso is also interviewed and he talks about working with Bruno Mattei. The rest of the interviews are with four of the actors in the film, with Massimo Vanni’s interview being in Italian with English subtitles. Also included is Catherine Hickland’s behind the scenes footage that she shot while on set. Soaked with sexual tension, this candid look behind the scenes is a highlight of the disc. Finally, we have the trailer that pretty much spoils the entire film.

The 3000 limited edition copy of Robowar also includes Al Festa’s soundtrack. Expect a soundtrack that kind of sounds like the techno remix of the Predator music.

If you’re a fan of Predator you absolutely must check out Robowar. The absurdity of how much they rip-off is hard to comprehend. Yet, the film is a plate full of cheese served with a knowing smile. Dig in and smile right back with Severin Film’s fantastic Blu-ray release.