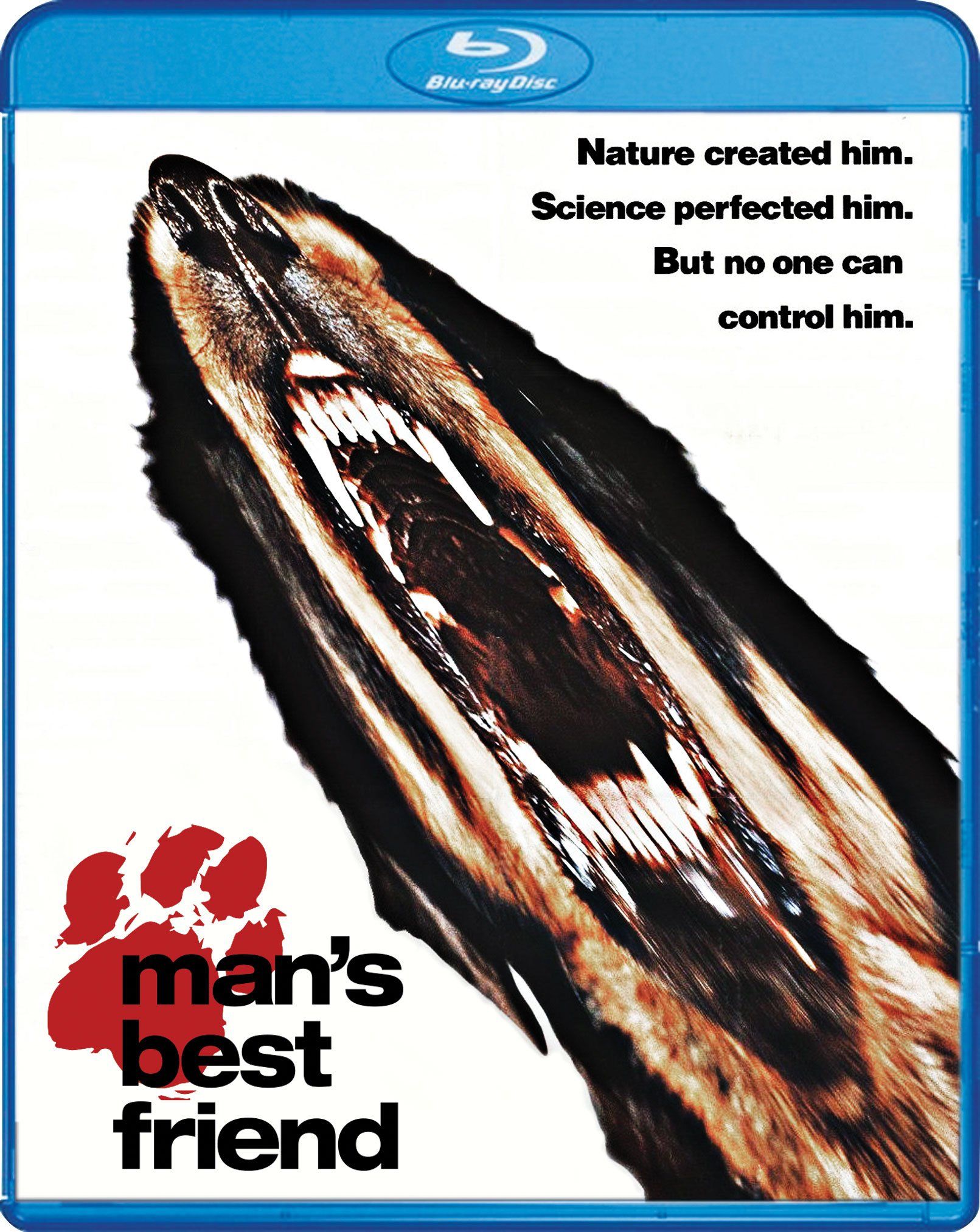 Is this new Blu-ray your new cuddle buddy or a deadly menace?

Man's Best Friend is a fun '90s horror film that pairs Cujo and Beethoven. Scream Factory has given the film a good 2k scan but the disc is severely limited on extra features.
Film
Blu-ray
Reader Rating1 Vote
3.8
Buy
Amazon

Was there ever a time where you thought, “Yeah Beethoven‘s a fun movie but it could use a little bloodshed”? Or maybe, “Cujo‘s kind of scary but it could lighten up a bit?” If so, then you’re in luck – John Lafia’s horror film Man’s Best Friend from 1993 is practically a pitch-perfect mash-up of the two aforementioned films, focusing both on the quirkiness of trying to keep a big bio-engineered dog as a pet and the vicious brutality of said dog when it maims and kills anything that stands in its way. Lafia’s production is prominently billed as a Lance Henriksen film, but like the previously reviewed Mind Ripper, Henriksen is basically here to make various appearances throughout the film. No, the main focus is Ally Sheedy’s unfortunately-coiffed character Lori and her exploits with Max, a dog designed for warfare with the genetics of various killer animals.

Man’s Best Friend has a bit of tonal schizophrenia. Lafia’s direction sometimes focuses on straightforward horror, but his script and sound design often go in opposite directions. The film takes a look at what one might consider cliched dog characteristics: dogs hate mailmen, so that’s in here; they hate cats, so there’s a chase scene about that too. And many of these instances have a fun humor to them that really does play out like Beethoven on steroids, with a musical score that features whimsical elements and goofy sound effects. Then Lafia will show Max eating the cat whole, or pretty explicitly hint at dog-on-dog rape. It’s a weird, sometimes uneven idea, but strangely it works more than it doesn’t.

Unfortunately, this is one of those movies that bills Henriksen because of his name power more than anything else. Truthfully, Sheedy’s not that great here and as a main character she’s not strong enough to lead the film, so Lafia also involves a detective investigation with two cops who clearly don’t understand what they’re dealing with. The plot is probably the weakest part of the film, and Man’s Best Friend is most successful when it just follows Max around as he gets into mischief. The special effects aren’t outstanding, but there’s enough violence to keep people interested; more effective are the dog prosthetics like Max’s milky eyeball.

Even at 87 minutes, Man’s Best Friend is slightly too long. This is like a Tales from the Crypt episode extended to its breaking point, and Lafia could have shaved off a few scenes to keep things a bit snappier. Still, this is a unique and fun ’90s horror film that surprisingly doesn’t suffer from dated effects. If you like killer dogs and cartoony shenanigans, this movie is for you.

Scream Factory has provided a new 2k scan of original film elements, which I presume means the interpositive. Man’s Best Friend looks quite good with extremely minimal damage and debris, good color timing, and a respectable level of detail. It does seem like Man’s Best Friend could look a bit crisper than what’s represented here, with some of the finer details somewhat lacking and a couple of soft sequences, but this is still a welcome release for a film that hasn’t really gotten any love since its initial home video drop.

Audio provided is both a 5.1 and 2.0 DTS-HD Master Audio track. The 5.1, like some of Scream’s previous releases, does seem to suffer from a bit of dialogue volume reduction that is not present in the 2.0 track. Both, however, showcase a fine if not particularly outstanding soundtrack unless you like cartoonish whimsical scores. English subtitles are also included.

Extra features are probably this disc’s biggest flaw. The only major new inclusion here is an audio commentary with director John Lafia, although most of the time this is just the movie audio playing with very sporadic comments from Lafia. It’s too bad that the director has so little to say about the film, and when he does cut in, it’s mostly just to talk about what’s happening on-screen instead of any info about behind-the-scenes work. At first glance, this looks like a nice addition to the disc, but because it’s so vacant of actual commentary, it doesn’t add a lot.

Also included are theatrical trailers and TV spots. Reversible cover art is available to get rid of the god-awful original poster artwork too.

It’s great to finally have Man’s Best Friend on Blu-ray, especially with a nice 2k scan. However, it’s too bad this disc is lacking in the extras department. Only die-hard fans of Man’s Best Friend will want to grab this.

Be sure to check out the gallery for more screencaps from this Blu-ray.