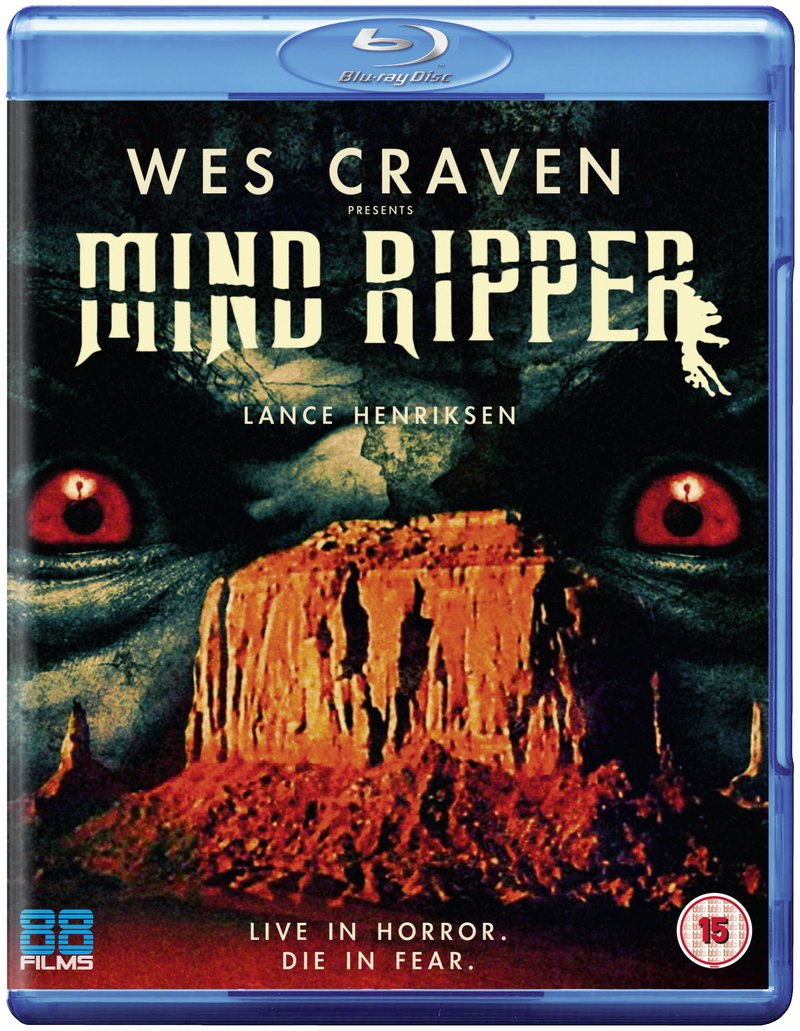 Mind Ripper Blu-ray Review (88 Films)
Mind Ripper is a conventional '90s horror film that borrows a lot from situational creature features like Aliens, and its stupidity actually makes it quite fun. This 88 Films release is the definitive edition so far with a good HD transfer and a lengthy interview with Jonathan Craven.
Film
Blu-ray
Reader Rating0 Votes
4.2

A secret underground bunker in the desert has been experimenting with a special virus designed to make its subject stronger, a super-soldier for the government. Stockton quit the job after learning about the evils of this research, but not before he injected a dying man with the virus to bring him back to life. Unfortunately, Alex has been pumping their test subject Thor with more virus than a human being should tolerate, and it has turned him into a new species that feasts on brain matter. Doubly unfortunate is that Stockton has brought his kids to the bunker after getting a distress call. 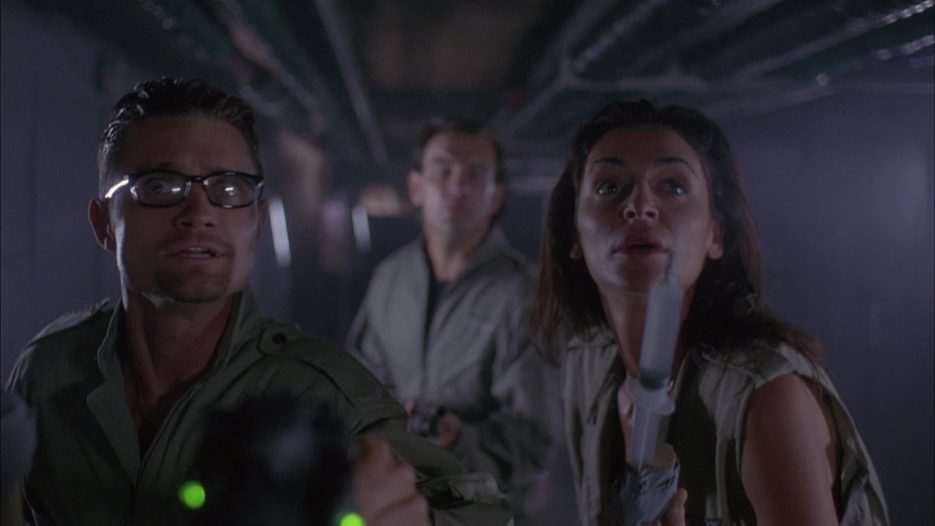 Before Joe Gayton would go on to direct bigger blockbusters and produce the popular AMC TV series Hell on Wheels, he directed a little-known horror film called Mind Ripper. Produced by Wes Craven – who gets his name plastered over the title with the egregious “presents” verbage – and written by Craven’s son Jonathan Craven along with Phil Mittleman, the film landed during a time of bargain-bin direct-to-video VHS tapes afflicted with the ’90s curse: bad acting, low budgets, and cheesy writing. Still, Mind Ripper certainly bears a certain to resemblance to Craven’s work on The Hills Have Eyes, and as Calum Waddell points out in the complimentary essay provided on this Blu-ray, that’s because the work was intended as the third iteration of that series. However, the film significantly branches off from that original premise, a lovable oaf of a film that rarely exceeds expectations but at least meets them.

Mind Ripper follows Lance Henriksen’s character Stockton – who was unfortunately pulled into this film despite some seriously clunky dialogue and relegation to “lame dad” role – after he leaves an experimental government bunker that has been doing some testing on a virus that can bring things back from the dead but also mutate them into extra-strong beings. The lab has resumed their testing without him, and Alex (John Diehl) has been doing some experimenting on the one guy named Thor (Dan Blom) that Stockton decided to save during the virus. Once Alex calls Stockton to help out with impending disaster, it’s clear that Mind Ripper is about to get violent, experimental, and ridiculously overdramatic.

It does all of those things with aplomb, first introducing a team of characters at the underground bunker so that it can wipe them out in brutal fashion, and then Stockton insanely brings his kids to this testing facility which he left because he realized it was immoral and probably dangerous. While Craven and Mittleman’s writing often breeds annoying character tropes – angsty teenage son and impractically horny teenage boyfriend are the two that grate the most – they also do some interesting work with Mind Ripper‘s antagonist Thor. Super-strong and growing a queen Xenomorph-style sucker out of his vaginal throat, Thor routinely scuttles through the underground lair like some sort of human panther, pulling brains out of skulls and breaking necks with his bare hands; but through expositional dialogue, the audience also learns that he was dying in the desert because he wanted to end it all, a prospect that Stockton essentially destroyed once he injected him with the virus.

One would never be able to call Mind Ripper thought-provoking or philosophical, but it does at least touch on some interesting empathetic themes. It also features a lot of stupid action sequences, familial drama, and not one but two outrageous killer comebacks. There’s nothing about Gayton’s film that screams high cinema, and it’s often reminiscent of a lot of Aliens-style horror films about creatures set in unique industrial locales like Event Horizon, Mimic, or Proteus. But anyone who enjoys those types of films will have a lot of fun with Mind Ripper, this big stupid lug of a film that epitomizes ’90s horror in much the same vein as The Mangler. It’s certainly not one of the best projects to hold Wes Craven’s (or Lance Henriksen’s) name, but it’s just the right amount of corny and mind-numbing.

There’s a good amount of brain-related gore in this film courtesy of the sucky straw that Thor grows, although the film isn’t super explicit or grotesque like Starship Troopers. Expect some brief brain matter and a lot of Thor ripping his body apart.

The only thing we get is a quick shower scene with Claire Stansfield, who shows off her bountiful booty.

88 Films has released Mind Ripper with a nice reminder on their website that this was originally known as The Hills Have Eyes III. They have done an HD transfer from the camera negative of the film and for the most part, the film looks quite good despite the occasional hazy lighting that is most likely more indicative of the way the film was shot than anything else. There’s a healthy grain tone to this but it’s not heavy, and the film does feature some consistent skin tones and good color depth. As stated previously, there are a few instances of bleary lighting and a smoggy look, but overall Mind Ripper looks as a ’90s film generally does – not impressive, but with a good HD transfer all the same.

The film gets a DTS-HD Master Audio Stereo 2.0 track which has no discernible issues within, although most will most likely not be impressed with the soundtrack as a whole. English subtitles are also included; a nitpick is that the subtitles refer to the bio-chemical sterols as “steriles,” which is somewhat confusing when watching the film.

Mind Ripper features a new 39-minute featurette with Jonathan Craven reminiscing about the film’s production entitled “Stories from the Outpost” that adds a lot of value to this release; considering Code Red also released a Blu-ray with a fairly effective transfer without extras, this puts 88 Films at a leg up from that and makes it worth a double-dip for those looking for a bit more on the film. Also included on the disc is a trailer.

The package also comes with an essay from Calum Waddell, mostly about the development of the film and its Hills Have Eyes III intentions, along with a presumed link between this film and the rest of the series that does seem like a warranted comparison. Reversible cover artwork is included as well as a slipcover if one orders as part of the limited edition. This is definitely a release fans of ’90s horror DTV will want to pick up, and the lengthy extra adds even more incentive.