Meet the Horror Bloggers: The Moon is a Dead World

This post was written for a series done by Zombos Closet and the LOTT D, which worked to show the more personal side of the bloggers, one that talks more about the blogger than the news that they bring you with each post. Feel free to read others at Zombos Closet or the LOTT D website.

You know when you’re lying in bed, looking at the shadows that a particular object is throwing off on your ceiling, and thinking up different ideas of what the shapes look like? Trying to decide what looks most similar? Attempting to define the experience that really hooked me to the horror genre is kind of like that. 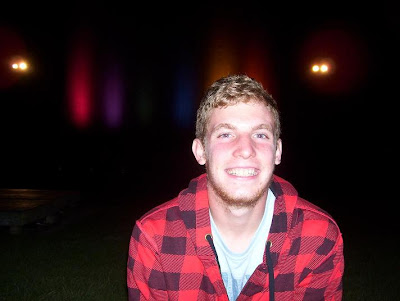 There are hundreds of tiny snippets of memories that I get when I try to pinpoint an exact frame of reference: filling my bathtub with Goosebumps books and attempting to read them all; playing with my first Ouija board at my aunt’s house; building the Blair Witch symbol out of sticks and hanging it in a tree; reading my first Stephen King book while on a camping trip. But none of these really stick out as the defining experience for my fascination with horror.

I’ve previously written about my dad’s involvement in my horror findings, and I think it’s true that being with him built the foundation for me to build off of. It’s time to take a walk through memory lane, and I’ll try to give it to you as best as possible, because this memory stands highlighted as IMPORTANT on my journey.

When I was younger, my dad owned a video store, aptly titled The Movie Place. The bus would drop me off there after school, where my father would watch me until he got off of work. Think of yourself as a six or seven year old, bombarded with images on the front of VHS tapes. It’s fascinating stuff, right? There was no way I could have been bored there.

The far right side of the store housed all of the horror films on a black wire rack. I would wander over there to peruse the boxes; one such film that really stood out was the cover of Return of the Living Dead Part 2, the one where the toxic mist is gathering in the sky to form a cloud with a zombie face. At six, you tend to notice how creepy some of this artwork is.

My dad found my fascination with the boxes interesting, partly because he was fond of horror as well. A little while after I started looking at the covers, my dad put on Tales from the Darkside: The Movie after I came home from school. I don’t remember much of it at all; I used to pretend I was a tough guy when it came to anything scary, but I was secretly quite afraid of all of it. I just know that I was scared shitless by a prison cell scene.

This type of experimentation continued; I tried the Darkside series, where a Christmas monster came and took the evil parents away; I begged my father to let me watch Pumpkinhead II until he brought it home one day, where I refused to watch it.

But at some point, my revulsion to the horror was overcome by fascination – I asked questions of myself like why do I like this stuff, why am I drawn to it? I couldn’t, and still can’t, answer them. I just let my interest carry me along. In sixth grade, I was forced to write stories for my English class. We could write about anything, as long as we stuck to the original prompt. So I turned all of the good-natured prompts into awful ones, writing about sharks tearing off a teenager’s leg or a group of friends making a horror film who die off one by one. It was taboo stuff for a sixth grader, really, but my teacher thought it was fantastic, urging me on as long as I kept up my writing.

And over the course of a few years, I was hooked not just on reading and watching horror, but writing it as well. I’ve written things before, all of which have gone unfinished – there’s a story about a Spring Fling dance gone terribly wrong, starring all of my friends, and even a few teachers, a mind-numbingly confusing tale about a monster, and a few others – but writing about horror media has kept me going as a writer and critiquer. It’s hard work, sometimes even unenjoyable (I have films like Sorority House Vampires From Hell to thank for that), but it’s one thing I can’t live without.

Will I ever have a bestselling horror novel, or a wicked, maniacal script for a film you might watch some day? Maybe not – my hopes of being a teacher are stronger now than they are for writing. But I have no plans of giving up on writing about horror. A lesson for all of those reading – stick with what you love, and all of those memories throwing shapes on your ceiling. They mean something to you, so make something of them.

Thanks for reading – I hope to catch you at the end of a scream.