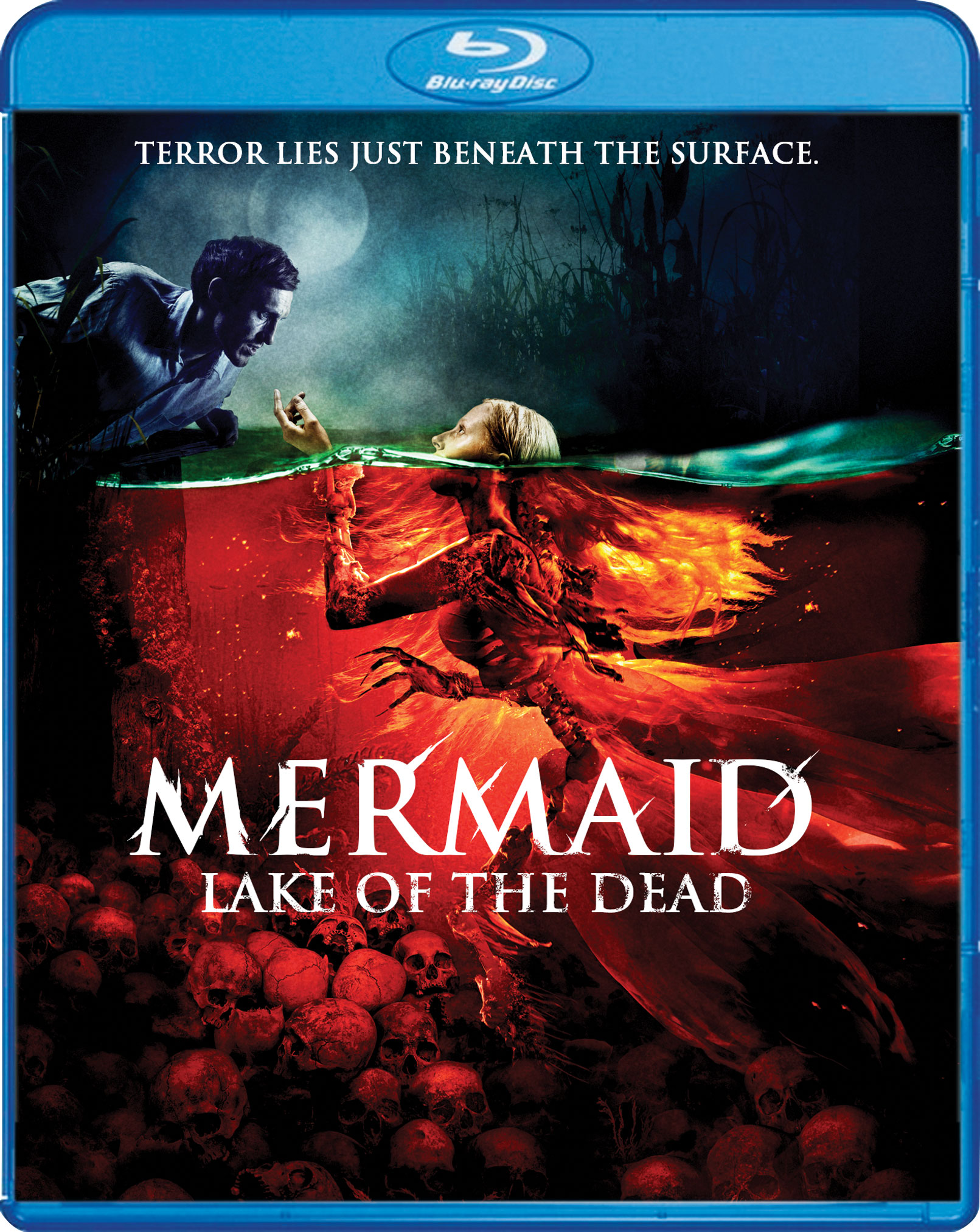 Lake of the Dead? More like Splash pad of the Mundane

Mermaid: Lake of the Dead is a forgettable film that has at least some memorable special effects. Scream Factory has released an almost barebones Blu-ray with solid audio and video.
Film
Blu-ray
Reader Rating0 Votes
3.4
Buy
Amazon

Let me be honest with you my Reliable Readers; it was weeks ago when I watched Mermaid: Lake of the Dead. Why did I wait so long to review it? If you asked Ryne, my fellow Cultsploitation pain in the ass, he would say I was lazy. True, that is partially why, but, truth be told I didn’t have much desire to write about the film. Does that mean Mermaid is a stinky grub or a nice meaty sturgeon? Neither really, it’s just a forgettable Russian horror film, with a shallow plot.

Mermaid: Lake of the Dead is about a lady who commits suicide and is buried near the water of a dirty, small water hole. She comes back for some reasons we aren’t privy to and seduces any men that happen to go near the water, eventually driving them crazy, resulting in either their death or the death of a loved one. Igor Khripunov, only known as the father who owns the house near the lake, dealt with this drowned beauty, and his curse has been passed down to his son, Roma (Efim Petrunin) who is about to get married to Marina (Viktoriya Agalakova, who is way hotter than the mermaid). Roma meets the lady of the lake and has to figure out how to defeat this affliction. Cue a whole boatload of false endings and some occasional cool effects!

Remembering that this is a Russian film, we have to remove any traditional ideas of what we non-Russians believe a mermaid should look like. In this film, the mermaid in question is based on the mystical folk creature Rusalka. A Rusalki is a woman who dies a violent death or commits suicide by drowning. She comes back as a water spirit and seduces men. There is no tail with these mermaids, just long hair and a creepy face that pops up every once and awhile.

Given that this a folklore I wasn’t accustomed to, my perception of what I thought this movie was going to be about was utterly wrong. I figured we would get a killer mermaid going on a murdering rampage. Instead, we got a poorly drawn-out love story, with a backstory that is glossed over. We get some random character shifts that make no sense and an ending that doesn’t know when to stop. Personally, give me the killer babe with a tail over this sluggish, forgettable film.

Scream Factory has released Mermaid: Lake of the Dead on both DVD and Blu-ray, with the latter being the one reviewed today. Given that the film was made in 2018, the results are typically positive with no issues present. I didn’t notice any compression or contrast issues. The audio is presented in both English Dub and Russian DTS-HD Master Audio 5.1 and Stereo. I tried watching the film with the English Dub, and I couldn’t do it. The voice work is atrocious and reminded me of how Japanese videogames think English-speaking people sound. I switched it over to Russian with English subtitles and had a much better experience. Although, I don’t remember the surround sound being anything to write home about. The only “extra” on the disc was a theatrical trailer.

I don’t think too many people are going to be running out and buying Mermaid: Lake of the Dead, but if you do want to check it out, you might as well watch it on Blu-ray from Scream Factory. At least the film has some admirable practical effects here and there. That’s cool, right?

Check out our extensive screenshot gallery from this Blu-ray.