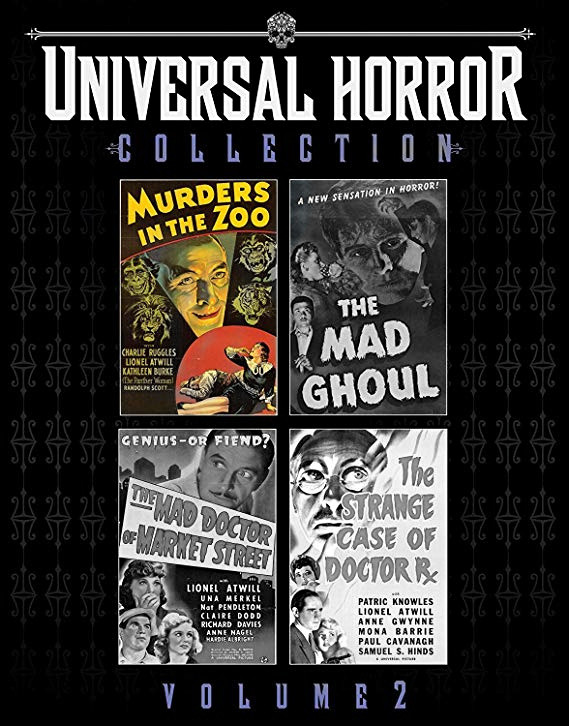 VERDICT
Murders in the Zoo is a surprisingly effective Universal horror film with a particularly bleak storyline. However, its inclusion in this collection is a bit problematic with the lack of great transfer and limited extra features.
Film
Blu-ray
Reader Rating0 Votes
3.5
Buy
Amazon

This is part of Scream Factory’s Universal Horror Collection Volume 2 Blu-ray. When all films have been reviewed, we’ll post a recap review encompassing all discs.

Murders in the Zoo, from director A. Edward Sutherland, is a particularly brutal film for its 1933 release. It follows the antics of millionaire big beast tycoon Eric Gorman (Lionel Atwill), who has been involved in a number of shady situations in which men attracted to his lovely wife Evelyn (Kathleen Burke) end up dead in horrendous ways, like being consumed by lions or bitten by super-poisonous snakes with no known antivenom. But Evelyn has had it with her potentially murderous beau, and she intends to expose his nefarious ways after a very public murder at the local zoo kills her lover. And, oh yeah, Charlie Ruggles is here for some reason with his slapsticky nervous tics as PR rep for the zoo Peter Yates.

Sutherland’s film is a unique blend of murder mystery and… comedy, something that doesn’t always go well together. Murders in the Zoo has some pretty tense sequences with some implied gore – a man gets his mouth sewn shut so he can’t scream bloody murder as big cats devour him, and a woman gets eaten by alligators (though not shown) – and Atwill is great as the antagonist, who exudes a level of misogyny and psychosis that works quite well for the plot. However, the film also makes some odd diversions; Ruggles’ character seems wholly unnecessary, and he’s really only here to add some humor to a pretty bleak film. While Ruggles’ shtick is done to great effect, his presence is perplexing and, ultimately, his character wears thin after a while.

Still, fans of classic horror will certainly enjoy the moody atmosphere of this film and the unique premise involving the carnage exotic game can commit. All of the players do a good job and the brevity of the 60 minute runtime assures the viewer no lack of suspense. Besides a bit of potential animal abuse in the finale, Murders in the Zoo offers up a look at man’s animalistic nature in a succinct package.

Scream Factory has included Murders in the Zoo in their Universal Horror Collection Volume 2 boxset, although unlike their previous collection, these films did not get new transfers. That means that Murders in the Zoo is an older HD master, most likely from a previous Universal release. The picture quality is not very impressive, with a lot of inherent softness throughout the film. A heavier grain presence is a bit obstructive; also, the white levels are quite high here, often creating a bleary-looking picture with skin tones and outdoor lighting. This is one that could definitely have used a new scan.

Audio is a DTS-HD MA 2.0 mono track that sounds pretty clear without many flaws, pops, or hisses. Dialogue is at consistent levels and the music, though sporadically placed, is vibrant. English subtitles are also included.

CHECK OUT
Our gallery of screenshots from each film in this release. 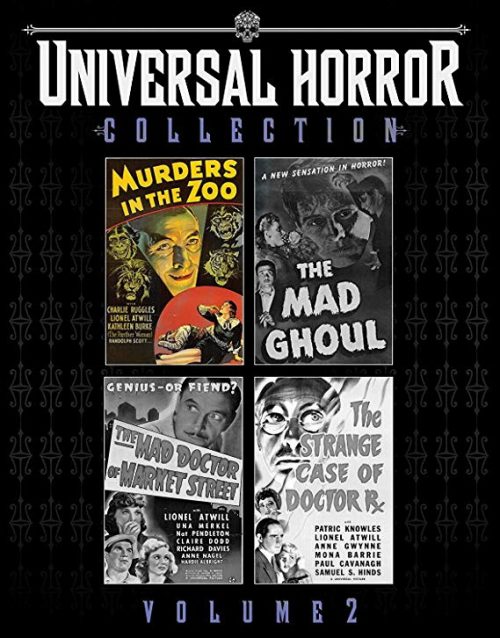