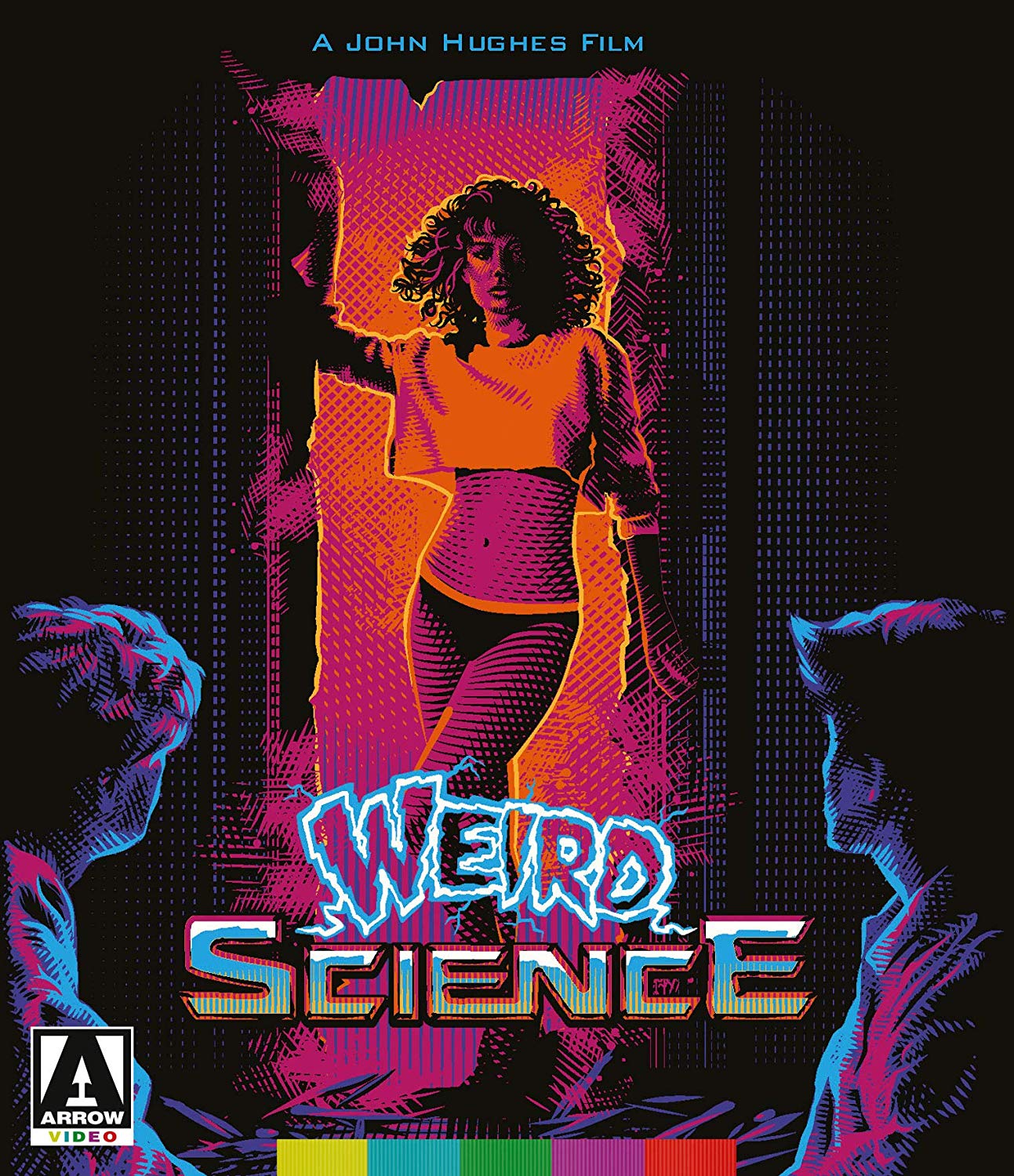 When one hears the name John Hughes they immediately think of Sixteen Candles, The Breakfast Club, Ferris Bueller’s Day Off, or Planes, Trains and Automobiles (ed. note: you forgot Home Alone). The 1985 film Weird Science might not be the most popular of his incredible film career, but to me, it ranks as some of his best work. It has crude humour (admittedly some of the jokes haven’t aged well and would seem inappropriate nowadays), a boy’s wet dream in the tasty form of Kelly Lebrock, tons of quotable one-liners that will leave you rolling on the floor laughing, and that lovely 80s feel-good vibe that Hughes injected into all his movies.

The over-the-top plot for Weird Science sees two high school nerds – played by Anthony Michael Hall and Ian Mitchell-Smith – using their ’80s computers to create the ultimate female. The original intention is to use this computer-generated female AI to ask her questions so they can become better at hitting on girls. However, after they ’80s-hack into some government computers to steal processing power, they accidentally create a flesh and blood bombshell played by Kelly LeBrock. Lots of misadventures ensue, with LeBrock teaching these 15-year-olds how to drink, party and pick up chicks. It can be a struggle, but she isn’t opposed to using Mad Max-esque bikers (in fact, Road Warrior actor Vernon Wells is one of the bikers) to get her horny students to learn a thing or two.

As previously mentioned, some of the humour hasn’t aged as nicely and that is because back in the ’80s, some of the humour was, shall we say, a bit insulting. Be prepared to hear some gay slurs, slightly racist-tinged jokes, and if you find a 23-year-old making out with a 15 year old awkward, you might want to just avoid this film altogether. Of course, that begs the question: can we fault the humour of a film just because we as a society have become more aware and open? Or should we look at the film in the same light as when it came out and let some of that slide? I’m all for letting some of the jokes slide, as there is plenty of other good-natured jokes to like in this movie, and you shouldn’t let some poorly aged comedy stop you from watching.

Arrow Video releases Weird Science on Blu-ray with a new 4K scan of the original negative. The film looks amazing! The film grain is even throughout the movie. There was only one moment in the movie near the end where the quality appeared low for some apparent reason. It was a quick scene and the rest of the film is stunning. The Blu-ray features three cuts of the film: the theatrical, the extended with two extra scenes seamlessly inserted, and the TV Cut. The audio for the theatrical cut of the film can be watched in either DTS-HD Master audio 2.0 or 5.1. The extended and TV cut is only offered in DTS-HD Master 2.0. I watched the extended cut of the film and never noticed any issues with the 2.0 stereo track. Unfortunately, I was not able to check out the 5.1 at the time of review.

Besides offering the three cuts, a new 4K scan, and restored audio, Arrow Video has also provided five new interviews. Unfortunately, the only actor to be interviewed is John Kapelos, who played a very small role as Dino the Greek. All the other interviews are with various crew members discussing such stuff as the score, special effects (Bill Paxton’s Chet monster) and casting. It would have been nice to have more cast members interviewed. We do get an archive featurette that runs nearly 17-minutes, and in that feature, we have an interview with Anthony Michael Hall. Rounding everything out are trailers, spots, galleries and the full BD script accessible with a BD-ROM drive.

Weird Science has some jokes that don’t age well, but if you can forgive the film and look at it as a product of the time, you’ll love all sorts of stuff. Arrow Video slams out a stunning Blu-ray package but sadly lacks any cast member interviews save for one side character and an older featurette. Nevertheless, it’s still worth buying.