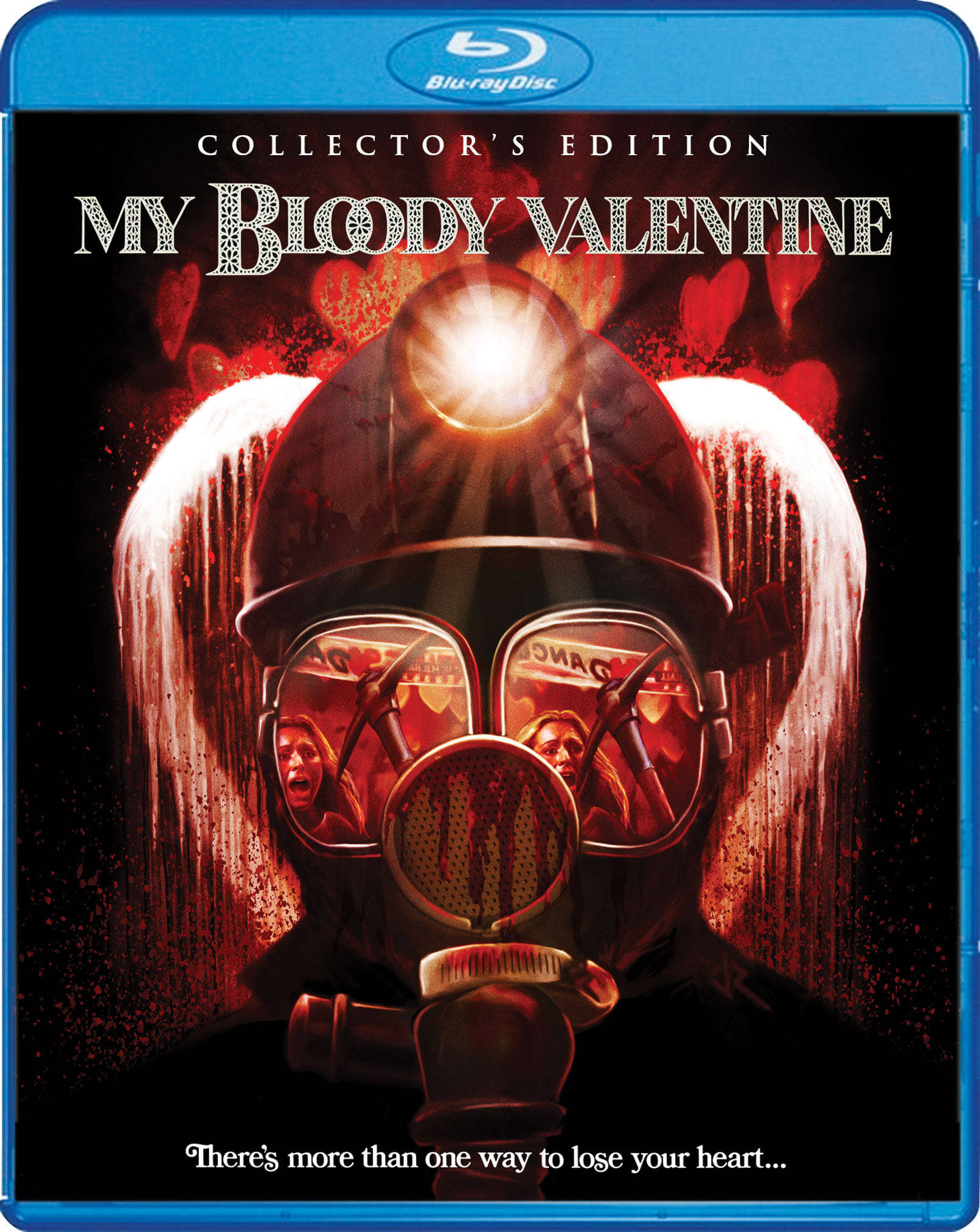 My Bloody Valentine has always held a special place in my heart due to the movie being shot in Nova Scotia, a province over from where I live. It features a bunch of Canadian actors, Moosehead Beer, accents, and most importantly, it’s a gnarly slasher with a cool looking killer. There isn’t much to complain about when it comes to discussing My Bloody Valentine. Well, okay, there is a severe lack of nudity and even worse, Moosehead Beer isn’t that great.

If you’re reading this, you most likely know what My Bloody Valentine is all about. It’s your typical slasher scenario with soon-to-be victims, who, without heeding the deadly warnings, plan a party on Valentine’s Day. Before you know it, people start turning up dead. Nowadays the premise has been done to death, but yet the film still holds up nicely to this day. The violence in the uncut version is brutal at times, and that ending will drop your jaw. My Bloody Valentine released right at the horror prime time of 1981. Halloween was only a few years previous with its sequel not arriving until Oct 1981; Friday the 13th came out a year before and its sequel wouldn’t be hitting theatres until April 1981, two months after My Bloody Valentine, and two months is a lifetime when it comes to box office success and horror films. The film made double its budget coming in at $5.6 million, but of course, Paramount considered this not as successful as Friday the 13th, hence us fans never got the sequel we deserved.

If you want even more discussion about My Bloody Valentine and its film merits, check out the Blood and Black Rum Podcast episode on it!

My Bloody Valentine originally came out on Blu-ray back in 2009, before dropping off shelves and becoming insanely hard to find. That release featured the uncut footage but was not restored meaning when you watched the film the inserted scenes would look much worse than everything around it. Scream Factory has looked at restoring the excised footage, and the result is solid. There is the occasional difference in quality concerning film damage or colour, but when compared to the past release, this one blows it out of the water. The Blu-ray package also includes the theatrical release on a separate disc. There is, however, a difference when it comes to audio quality. If you compare the uncut version to the theatrical, you are going to notice that the 2.0 DTS-HD MA on the theatrical version is much louder and has a bit more oomph to it. The uncut version requires you to turn up your volume. It isn’t terrible, but the volume difference is noticeable.

Scream Factory breaks up the features, with the theatrical version housing most of the extras. We have an assortment of interviews with cast and crew that break the conversations down into questions with most of the questions being the same for each interview. In total, we have 7 interviews equaling up to roughly two hours. We also have a 12-minute look at the difference between the theatrical and uncut versions. Rounding out the first disc is a trailer, TV spots, radio spots, and Still Gallery.

Disc 2, which features the Uncut version, has a new audio commentary with director George Mihalka, a 47-minute compilation of footage from the 35th Anniversary cast reunion panel at The Bay Of Blood Convention in Florida (why not Nova Scotia?), and finally a 5-minute feature of Thomas Kovacs performing “The Ballad Of Harry Warden.”

There are a lot of features included on this two-disc Collector’s Edition of My Bloody Valentine. Some will be annoyed at the mess-up with the audio on the uncut version, but that can be easily remedied by turning up your volume. I highly recommend picking up this Blu-ray from Scream Factory.

The Scream Factory release of My Bloody Valentine is almost near perfect. The only thing holding it back is the pesky lower audio on the Uncut version. However, the good far outweighs the bad as the release includes a lot of new special features, and the uncut footage is looking great.
Film
Blu-ray
Reader Rating1 Vote
Good
The Uncut version restored!
Lots of special features
Canadian Horror
Bad
Uncut version has low audio
No Nudity 🙁
Moosehead Beer is terrible
4.5
Buy
Amazon
Hosting screenshots is expensive. If you want to see more galleries, consider donating!