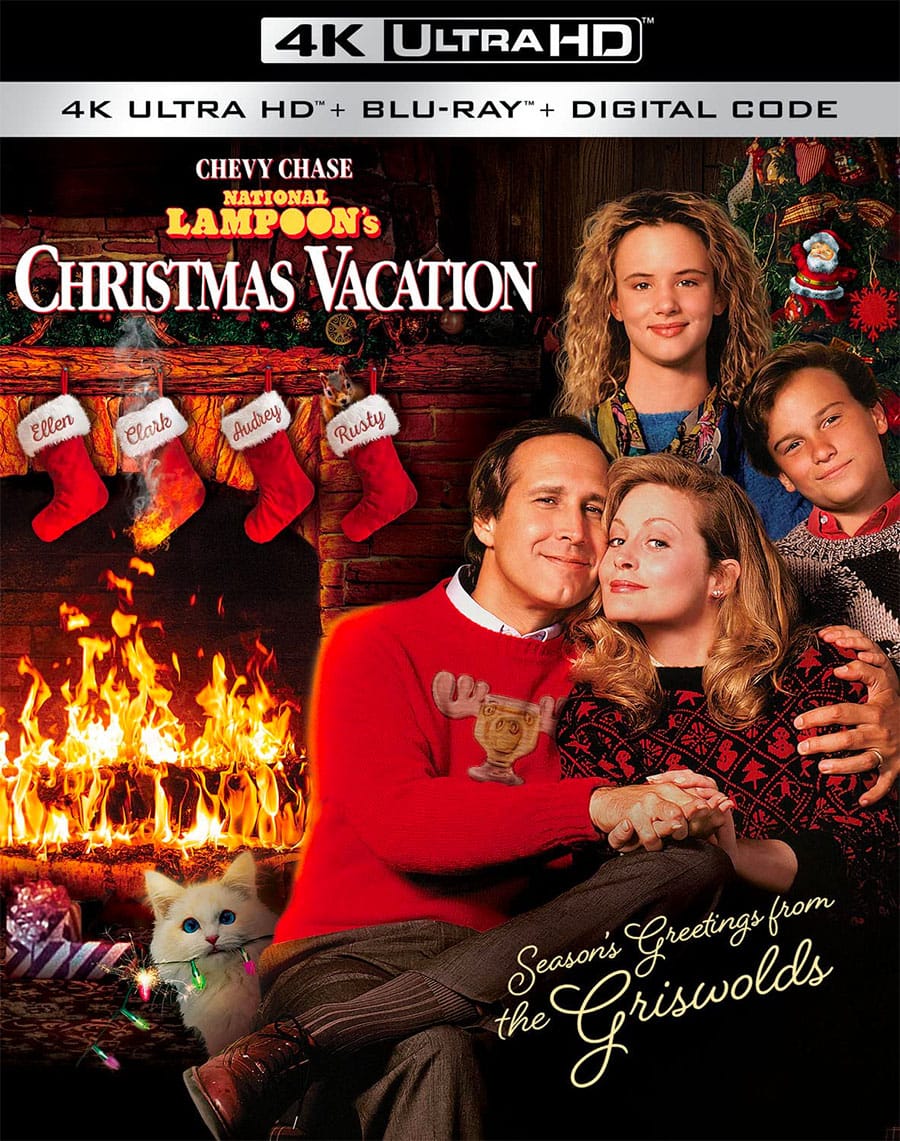 'Tis the season to be Mary

National Lampoon’s Christmas Vacation has become a seminal classic, perhaps more than any Vacation film before or since (of course, Vegas Vacation doesn’t even factor). John Hughes is the bona fide master of the holiday comedy, and his 1989 script for Christmas Vacation seems to hit very close to home for every individual attempting to provide the perfect family Christmas; at its heart, the film is a sweet ode to the family man (or woman) who tries his damnedest and yet inevitably mucks things up by going overboard and getting too elaborate. But peppered within this theme is an assortment of great jokes, relatable holiday antics, and chaotic ridiculousness that has perhaps crowned Christmas Vacation the king of the yuletide canon.

Since it’s unlikely that anyone will be swayed by a review for such a long-standing cult film, breaking it down here in a classical way feels silly. And honestly, I don’t feel that I can provide an unbiased viewpoint on the movie anyway considering my annual traditions have probably amassed close to 40 watches. With that said, we did do a fairly early podcast episode on the film where we break down the best moments, which I will include below.

It’s hard to believe anyone out there has yet to see Christmas Vacation, but if you’re one of the illustrious few, count yourself lucky that you get to experience it fresh and snuggle in for a new yuletide tradition; it’s the gift that keeps on giving, both at Christmas and the whole year ’round if you’re like me and quote it in everyday life.

Now let’s get to the 4K UHD that Warner Bros. has recently released for 2022.

CHECK OUT
Full uncompressed screenshot from this 4K release.

Back in 2015, Warner Bros. released a Blu-ray of National Lampoon’s Christmas Vacation for its 25th anniversary; as the years have gone by, they have re-released it in various options, including a Target-exclusive slipcover version. It’s now the 33rd anniversary of the film’s release, and despite not being a particular milestone, Warner Bros. is offering the movie on UHD with a new slipcover and artwork design, as well as providing a 4K viewing experience with HDR10.

Like most of the big studios, Warner Bros. is very hush-hush when it comes to explaining the transfer used on this release; however, considering the inclusion of the 25th anniversary Blu-ray in this copy, it does appear that they have used the same master just presented in 2180p. Honestly, the film looks quite good in 4K with a high level of detail in background shots and consistent grain scale; you’ll also notice that the matte is now presented correctly with the film’s original 1.85:1 aspect ratio, which was incorrect on the 25th anniversary Blu-ray. The HDR10 does good work to enhance the film’s colors, especially the reds and Christmas lights throughout but most noticeable in darker sequences like Chevy Chase’s wild sled ride into the Walmart parking lot. Black levels are very good and help to showcase the HDR’s offerings. Overall, I think this is a good transfer that probably could be just a bit crisper, and ultimately it should enhance viewers’ holiday experiences, especially if you’re upgrading from a prior DVD copy like me.

For audio, Warner Bros. has provided a remixed DTS-HD Master Audio 5.1 track that many felt was missing from the previous Blu-ray, as well as the original DTS-HD Master Audio 2.0 stereo track. Both sound good, with the 5.1 utilizing the surround for the usual music swells and sound effects but otherwise keeping the dialogue relegated to the front speakers. Occasionally, I found certain music elements to be a little too downmixed, but both options are effective ways to watch the film. If you’re looking for an authentic experience, stick with the stereo. Dolby French and Spanish options are also included, as well as English, French, Spanish, Danish, Norwegian, Swedish, and Finnish subtitles.

The extras are the area where this release is truly lacking. The only options here are a previous audio commentary with Randy Quaid, Beverly D’Angelo, Johnny Galecki, and Miriam Flynn, director Jeremiah Chechik, and producer Matty Simmons that has been included on a number of past releases as well as an SD theatrical trailer. Considering that 2015 was the film’s 25th anniversary, the lack of extras from even that disc feels particularly egregious, but perhaps none of the central figures were available or wanted to provide interviews.

This release also includes a Blu-ray version which is identical to the 25th anniversary release, with the same menus and incorrect aspect ratio.

If you don’t already own the 25th anniversary Blu-ray of National Lampoon’s Christmas Vacation, this UHD release should be a big step-up in quality. However, it may not be worth the double-dip for previous owners since this is effectively the same transfer and the same overall release aside from the remixed 5.1 audio track. 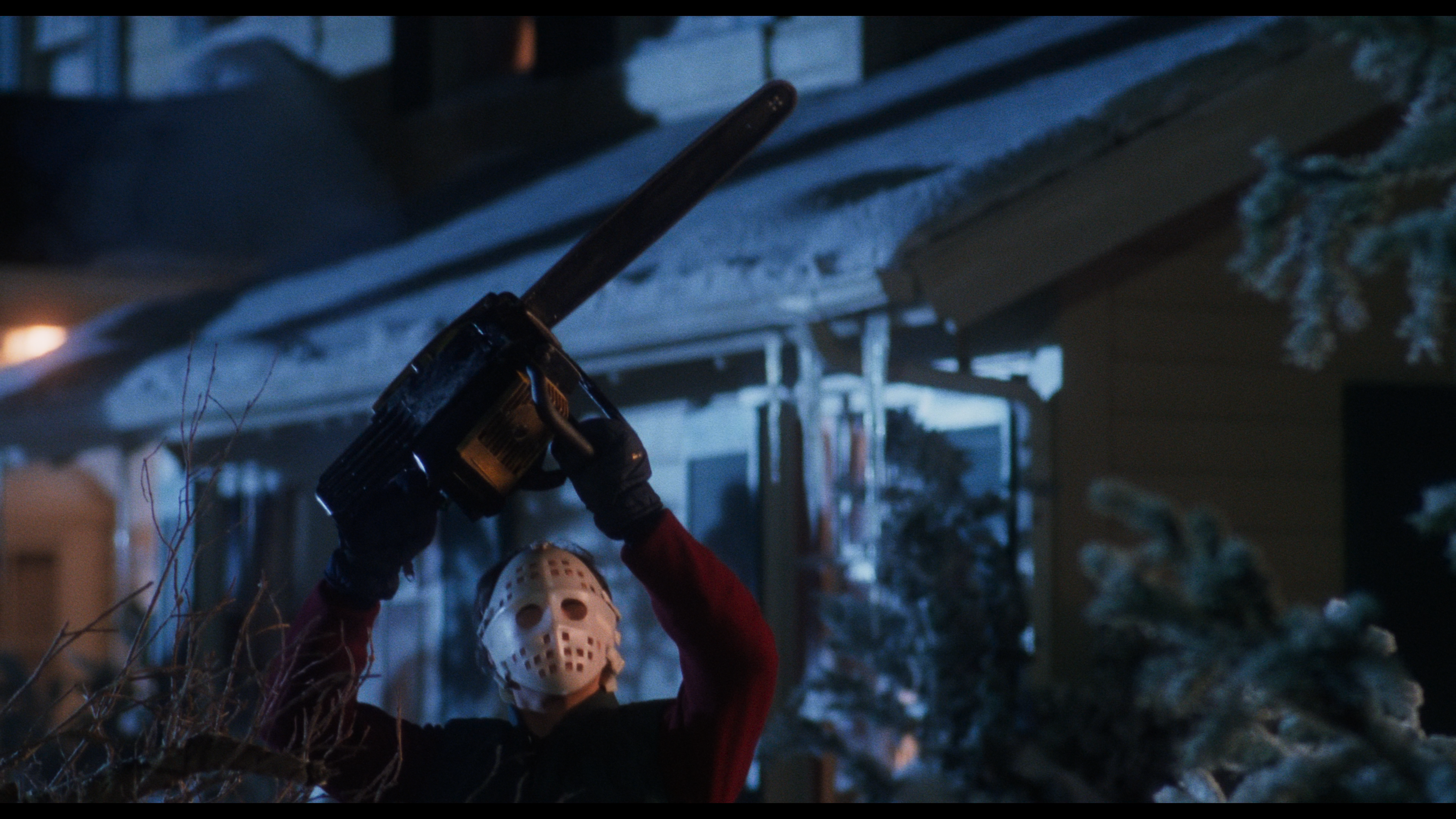 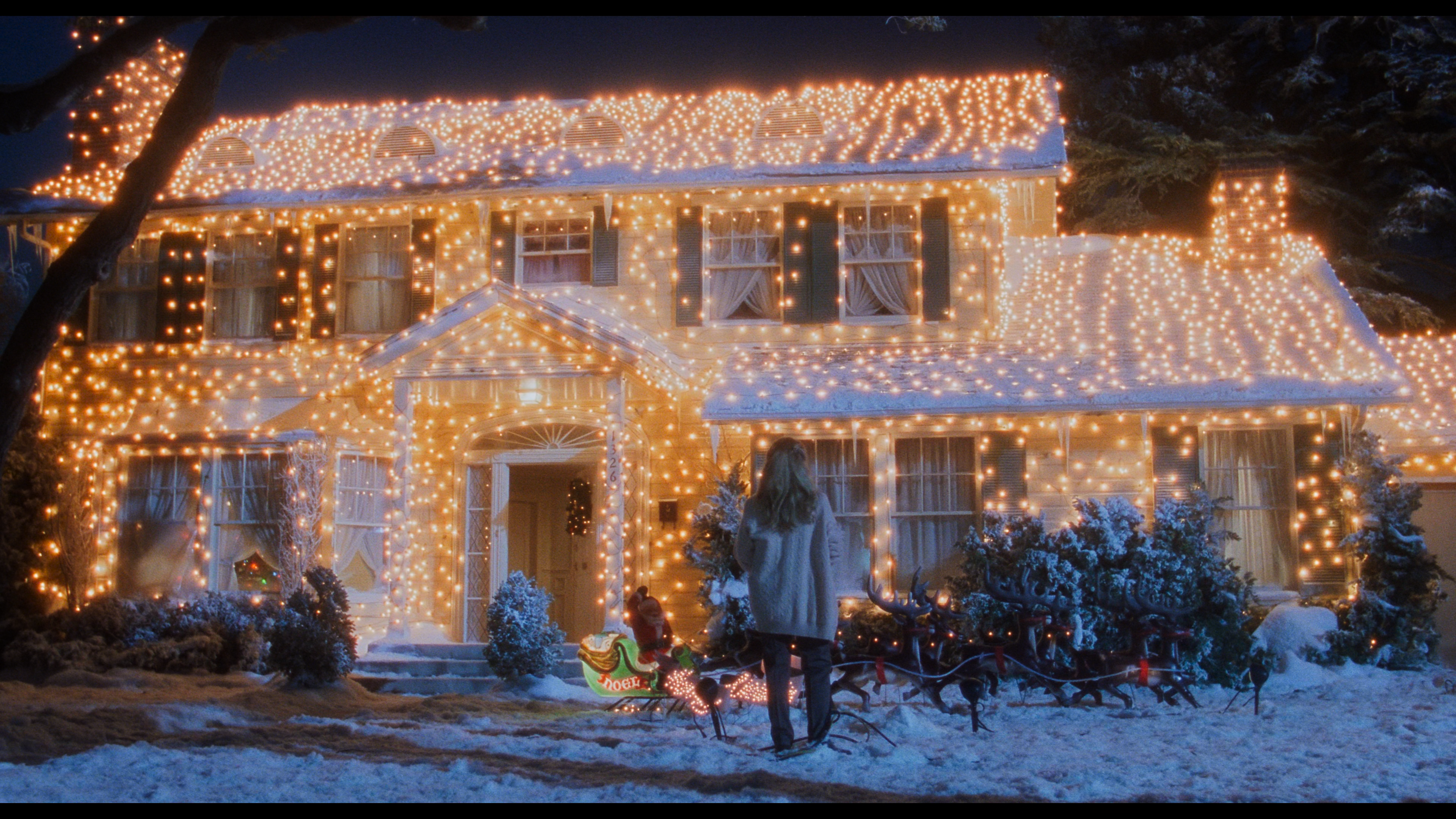 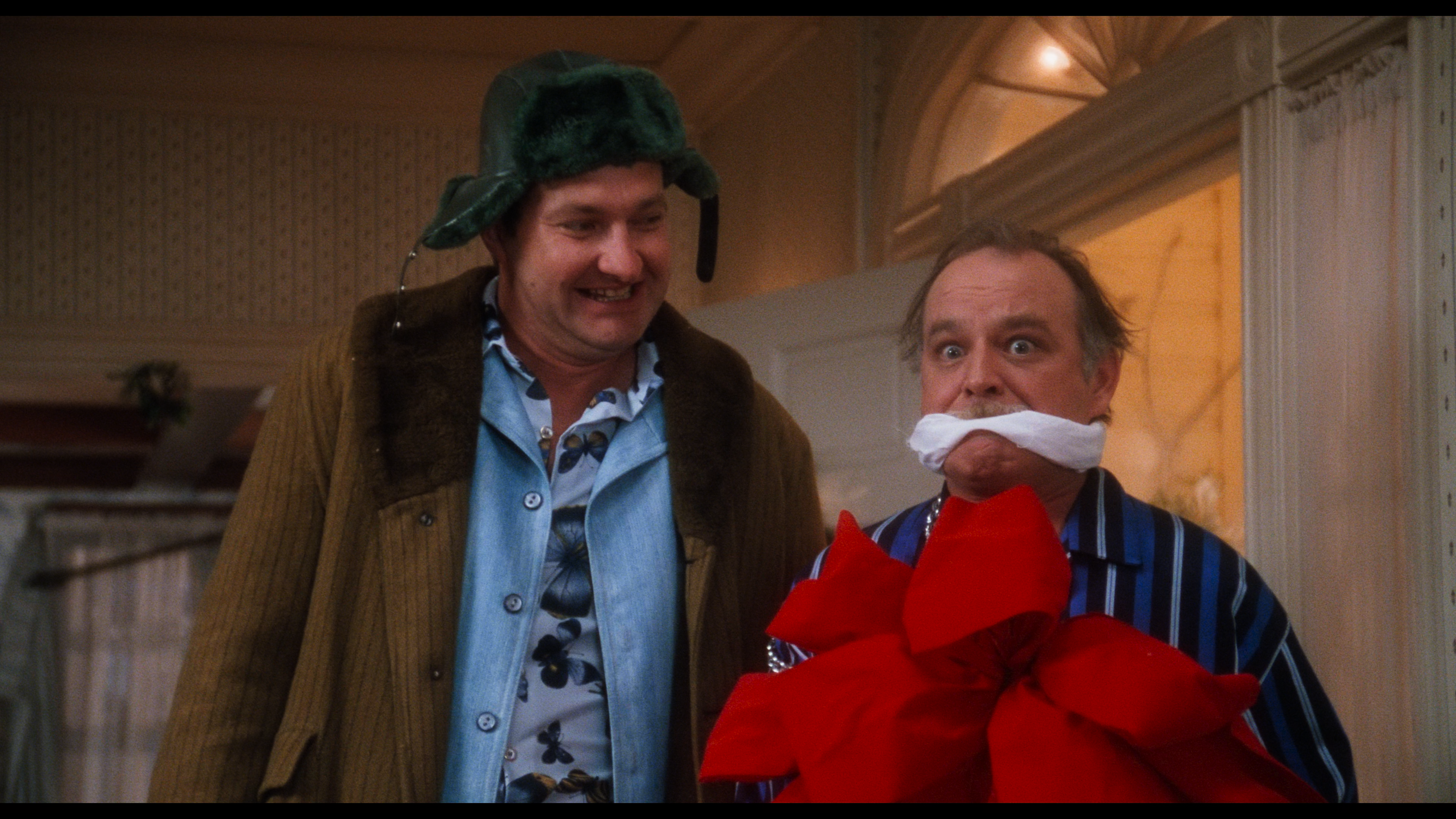 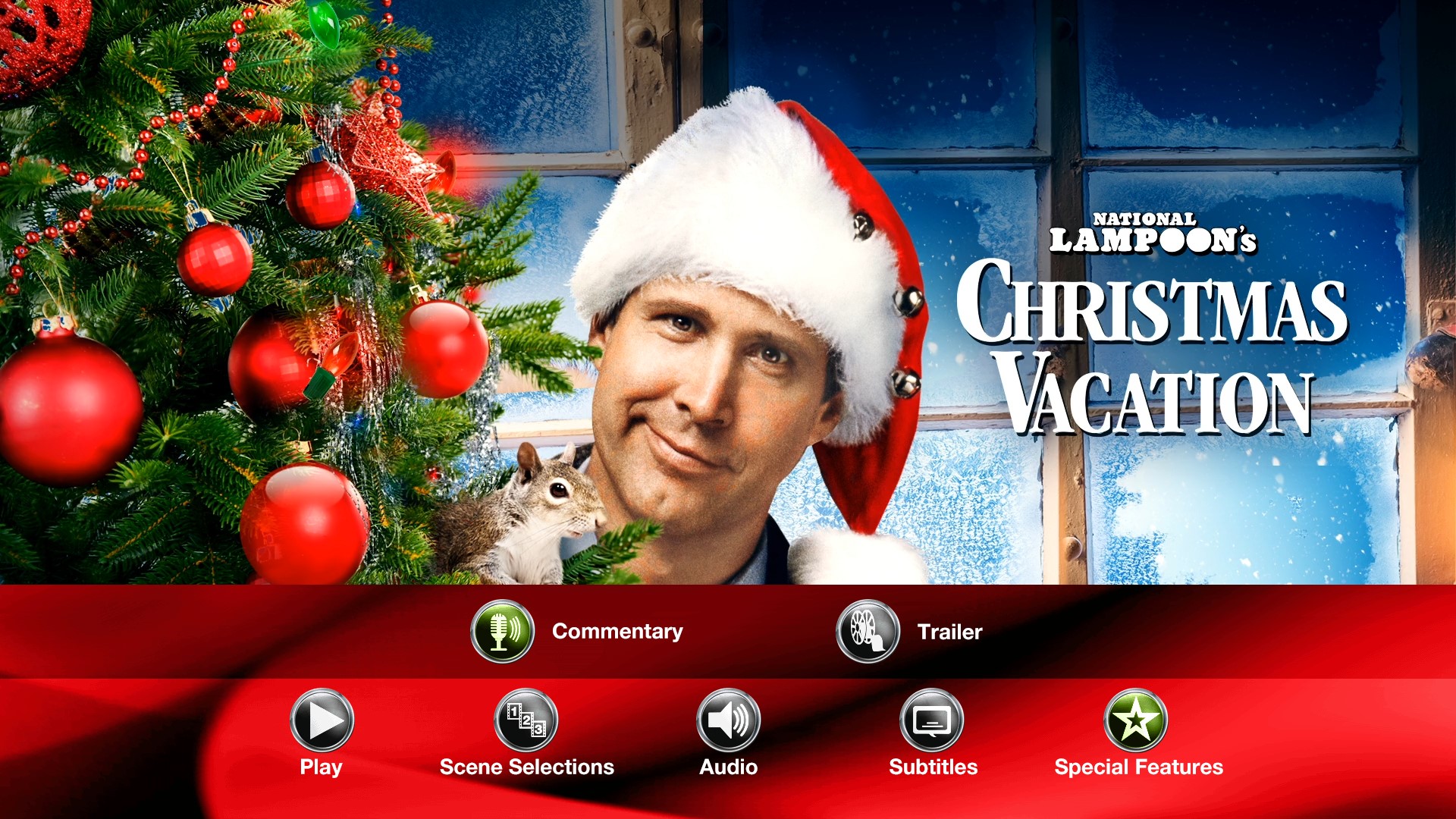 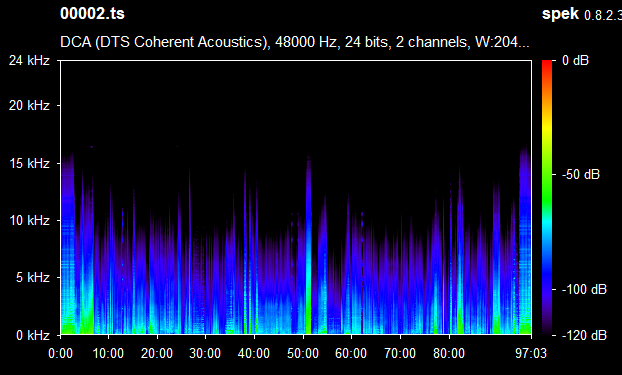 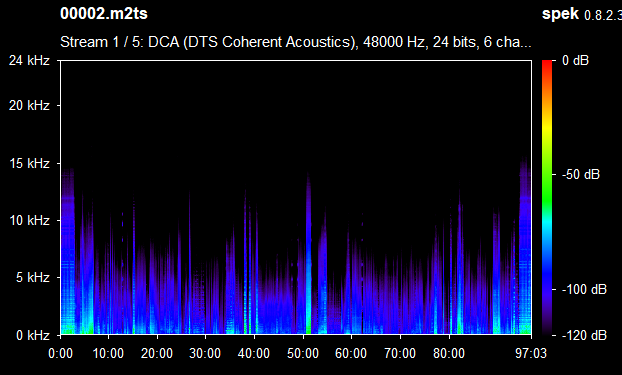 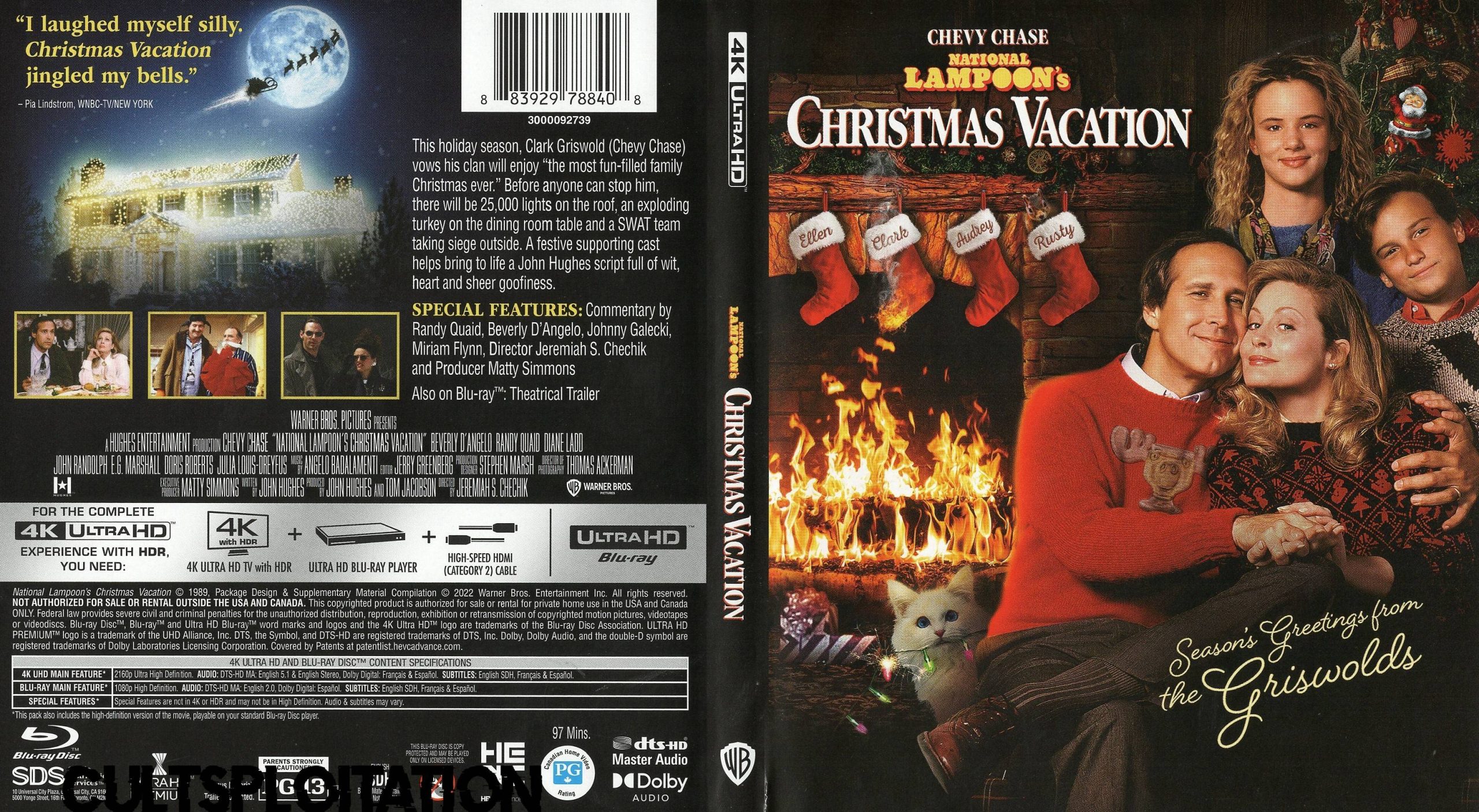 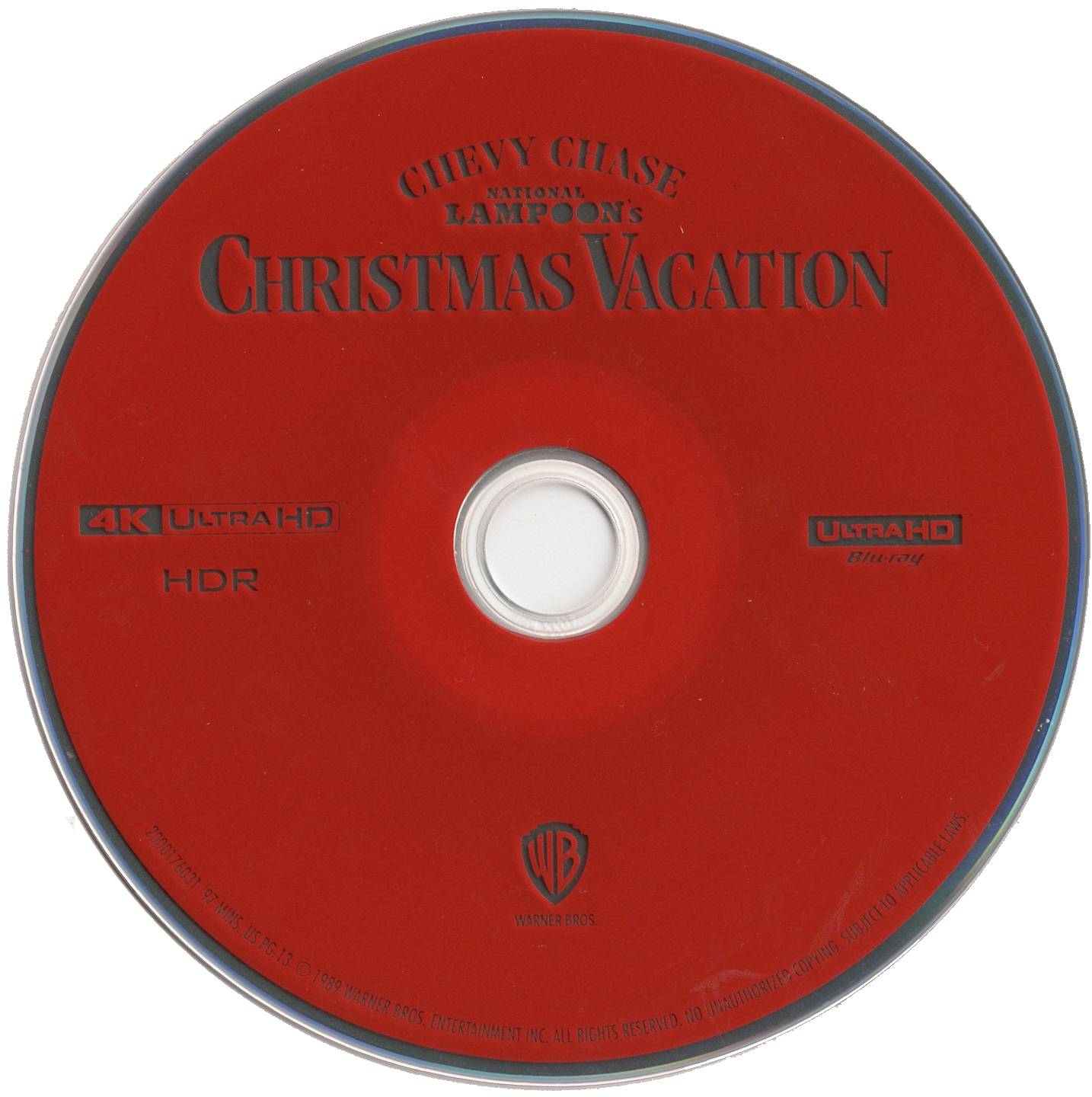