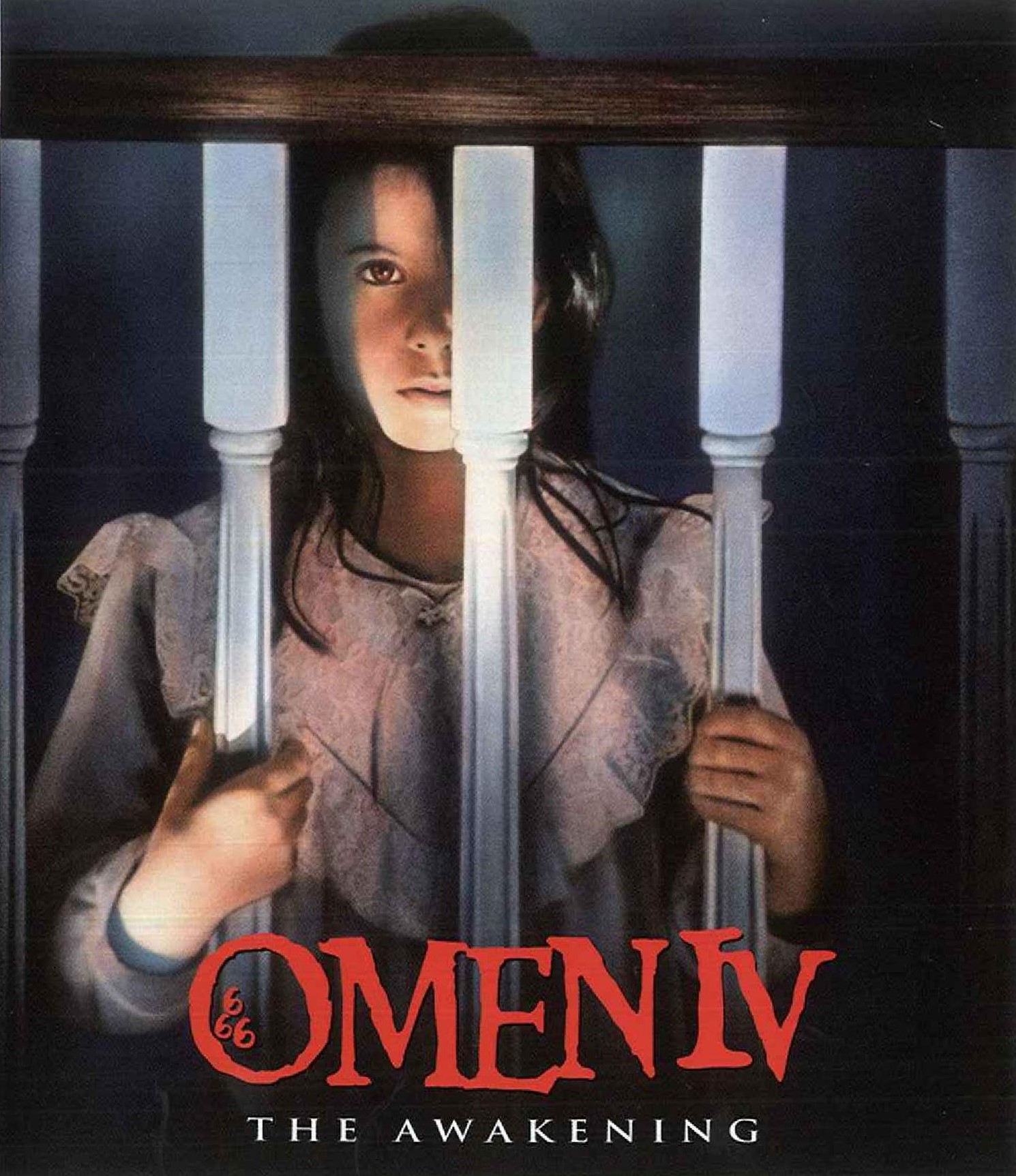 The Omen series took a ten-year break after the release of The Final Conflict, most likely because that film seemed to finalize the efforts of Damien “Antichrist” Thorn. But in 1991, Fox decided that they wanted to revitalize the franchise by trotting out a TV movie called Omen IV: The Awakening, directed by Jorge Montisi and Dominique Othenin-Girard with a script by Bryan Taggert. Ultimately the film went in an entirely different direction from the rest of the series, centering on a little girl named Delia (Asia Vieira) who gets adopted by a prominent congressman (Michael Woods) and his wife (Faye Grant) who turns out to be Damien’s offspring harboring her own twin inside of her. Spooky shenanigans and coincidental accidents abound, and only Delia’s mother Karen recognizes the evil inside of her.

Omen IV: The Awakening immediately stands out as a more cartoonish version from the rest of the series. It’s a TV movie so obviously censorship is a factor, but everything from the over-the-top acting to the extremely bombastic score mar an average script. Taggert’s writing copies from the original Omen quite a bit, just substituting new characters, but here none of the reveals are as sinister of affecting, and though Vieira certainly has the bad seed look down, her reactions never hit the highs they should.

Likewise, the plot begins to unravel later in the film once Earl (Michael Lerner) is thrown into the mix. He’s a detective-for-hire tasked with tracking down Delia’s past history, and his noir-ish segments involve crazy preachers with rattlesnakes and a literal wrecking ball. The film loses its connection to Delia in these moments, and though it adds a little intrigue to the film, there’s nothing here that feels particularly Omen-like. Except for the explanation of the twin-within-a-twin situation that shows Delia had carried her twin baby brother, Damien’s Antichrist child, from birth – that shit’s wild, and particularly surprising to be allowed on a channel like Fox.

Otherwise, though, Omen IV: The Awakening is a lackluster film without much heart. It also has a grating score that feels like an attempt to outdo Jerry Goldsmith’s Omen offerings but fails miserably. While it’s tough to recommend, those looking to complete the Omen series should watch just to see how much better the other installments are.

Omen IV: The Awakening is included in Scream Factory’s new The Omen Collection boxset which collects all of the films in the series. We will post a recap review for all movies when they have been completed.

Omen IV: The Awakening does not get a new transfer for this release, sporting a rather dated-looking HD image that tends to look soft and occasionally desaturated. Medium-range shots lose their crispness though grain is kept to a minimum. Blacks are, for the most part, limited and don’t see to be much of an issue. However, this transfer isn’t that impressive and, even more curious, Scream Factory does not include the 1.33:1 ratio TV cut but rather the 1.85:1 theatrical display. Ultimately this probably comes down to what was available from Fox’s archives, but it does seem like an odd choice to leave out the 1.33:1 ratio from a TV movie, especially when compared to a release like When a Stranger Calls Back which included both the 1.33:1 and an unnecessary 1.78:1 ratio.

This disc only offers one option for audio, a DTS-HD 2.0 Stereo track. Nothing remarkable to note except the swelling orchestral score, which one can imagine would have been even more obstructive in a 5.1 track. English subtitles are also included.

Only one new extra is included for Omen IV: The Awakening, an interview with Brian Taggert presumably filmed just a little while before his death. It’s a nice discussion about how he feels about this iteration in the series and his attempts to follow in the footsteps of the original (notably, he does not like The Final Conflict). Also included is a feature-length documentary on the Omen series called The Omen Legacy, as well as theatrical trailer and still gallery.

Omen IV: The Awakening is by far the weakest in the Omen series due to its copycat tendencies, its TV movie censorship, and an underwhelming plot. Scream Factory's disc uses a mediocre transfer with only one new extra, but most people probably won't be returning to this film in the collection often anyway.
Film
Blu-ray
Reader Rating0 Votes
Good
New interview with Brian Taggert
Bad
Not a great transfer
Film is not memorable
2.5
Buy
Amazon
Hosting screenshots is expensive. If you want to see more galleries, consider donating!