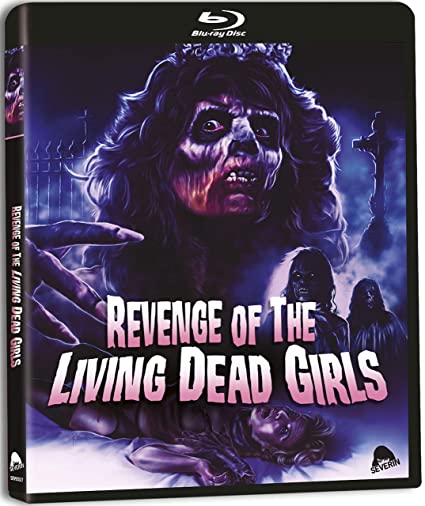 Pierre B. Reinhard’s Revenge of the Living Dead Girls (or La revanche des mortes vivantes in its native French) takes obvious inspiration from Return of the Living Dead and Italian zombie flicks, which on paper sounds fairly uninspired – more shambling zombies in graveyards? But diving deeper into the film – and not even touching upon the pornographic elements at play – this low-budget horror begins to manifest its own flavors thanks to its… what we’ll call “uniqueness.”

The plot initially doesn’t make a whole lot of sense – there’s a hitchhiking sex scene after a woman injures her leg, a biker that pours chemicals into a milk truck, three young women who drop dead from drinking said milk, and a milk company executive that insists on getting rid of toxic chemicals in a nearby cemetery. All of these things add up to – you guess it – zombie dead girls, rising from the grave due to toxic chemical runoff to seek revenge on those that had a hand in killing them. But along the way, we also follow Brigitte (Anthea Wyler), who is leading a blackmailing scheme against the milk company’s owner to make money off of his environmental disaster.

But Reinhard does have a good handle on the horror elements, including a pretty moody shot of the girls first rising from the grave. I won’t say that the film is “creepy,” because it’s often too hokey to elicit such a visceral response. But the atmospheric elements certainly do add some gravitas to the overall feel. With that said, the zombie attacks are often absurd – there’s one scene in particular where the dead girls wade into a pool to sit in wait for their victim.

These things inevitably do end up making sense thanks to the film’s final twist, which comes out of nowhere and has very little time to resonate before the movie abruptly ends. And eventually, the viewer gives in to Reinhard’s surrealistic qualities, which makes Revenge of the Living Dead Girls quite a fun film.

Visceral gore and the film’s penchant for not shying away from its explicit, taboo-esque depths add a layer of filth, and the film excels because of it. This is obviously not a high-brow affair, but its constant onslaught of death and nudity and its twisty, nearly-nonsensical finale should have genre fans laughing in their graves.

Revenge of the Living Dead Girls comes to us from Severin Films on a new standard-edition Blu-ray; many of you will remember it released as part of a limited edition Black Friday sale in 2019. Here it gets new cover art but basically the same extras as the limited edition version besides missing the CD soundtrack.

The video quality on this is quite good thanks to a “remaster in HD,” though Severin doesn’t give any more information on its source. Detail is well-preserved and damage is kept to a minimum, which is surprising given the film’s low-budget production. Occasional burns or other debris can be seen, but for the most part Severin presents a clean transfer. Skin tones look natural and the enhanced quality actually reveals a little too much of the zombie masks in brightly lit scenes. One thing to note is the presentation is quite bright throughout, leading to a lot of blown highlights that are noticeable in certain scenes. One in particular at the beginning is almost painfully bright, as you can see on the right.

This movie has had two other international Blu-ray releases, one from Wicked Vision and the other Le Chat Qui Fume; I was not able to find screenshots to compare to those releases, but Severin’s video offering is quite strong.

Audio is presented with both a French and English DTS-HD MA 2.0 mono track. Both sound relatively the same in terms of quality, with a slight muffling that doesn’t detract much from the experience. The French track has translated subtitles and the English has optional closed captions.

Extras include almost everything that has been released for this film thus far, with an interview with Benoit Lestang and writer Jean-Claude Roy, another walk through Lestang’s studio and his makeup techniques, and an interview with director Reinhard. Also included is a theatrical trailer. All of these features were previously included on the international discs, so no new offerings if you already have one of those. There’s a very quick Easter egg that you’ll want to peruse as well.

You don’t need to deal with the hassle of international import to get a good copy of Revenge of the Living Dead Girls. This standard edition from Severin should have all you need – a good transfer and almost all of the same extras as previous Blu-ray releases. 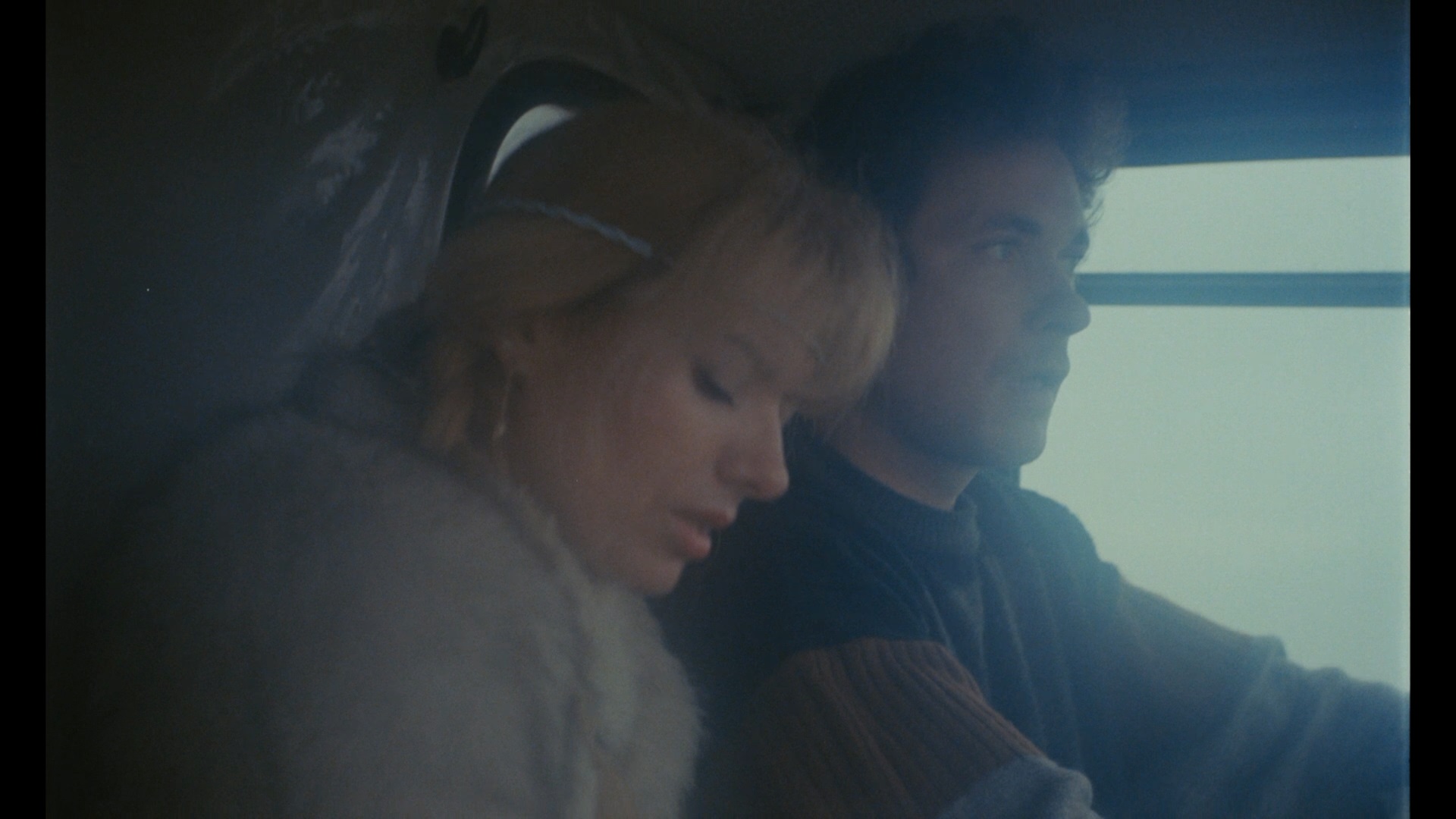 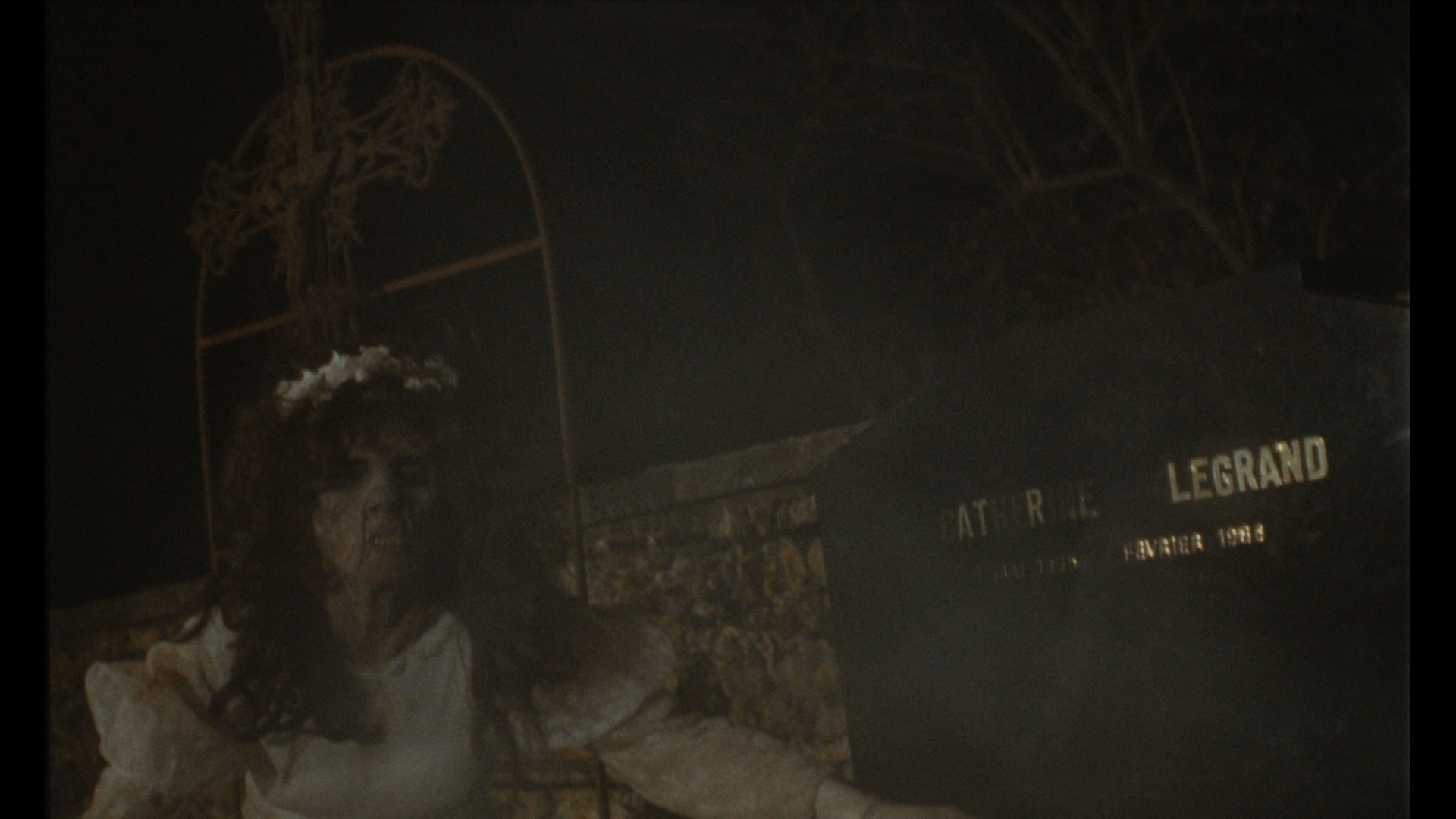 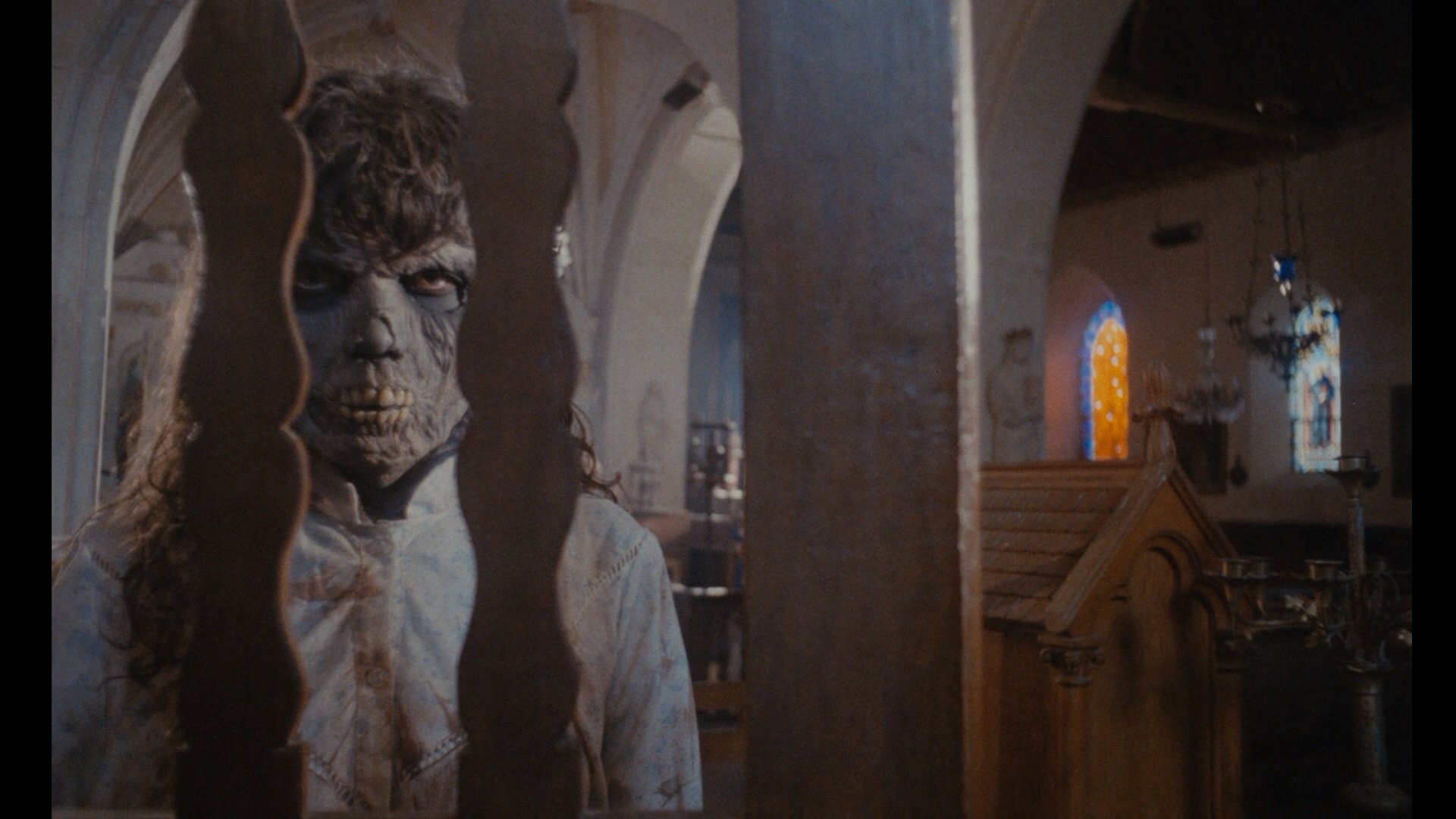 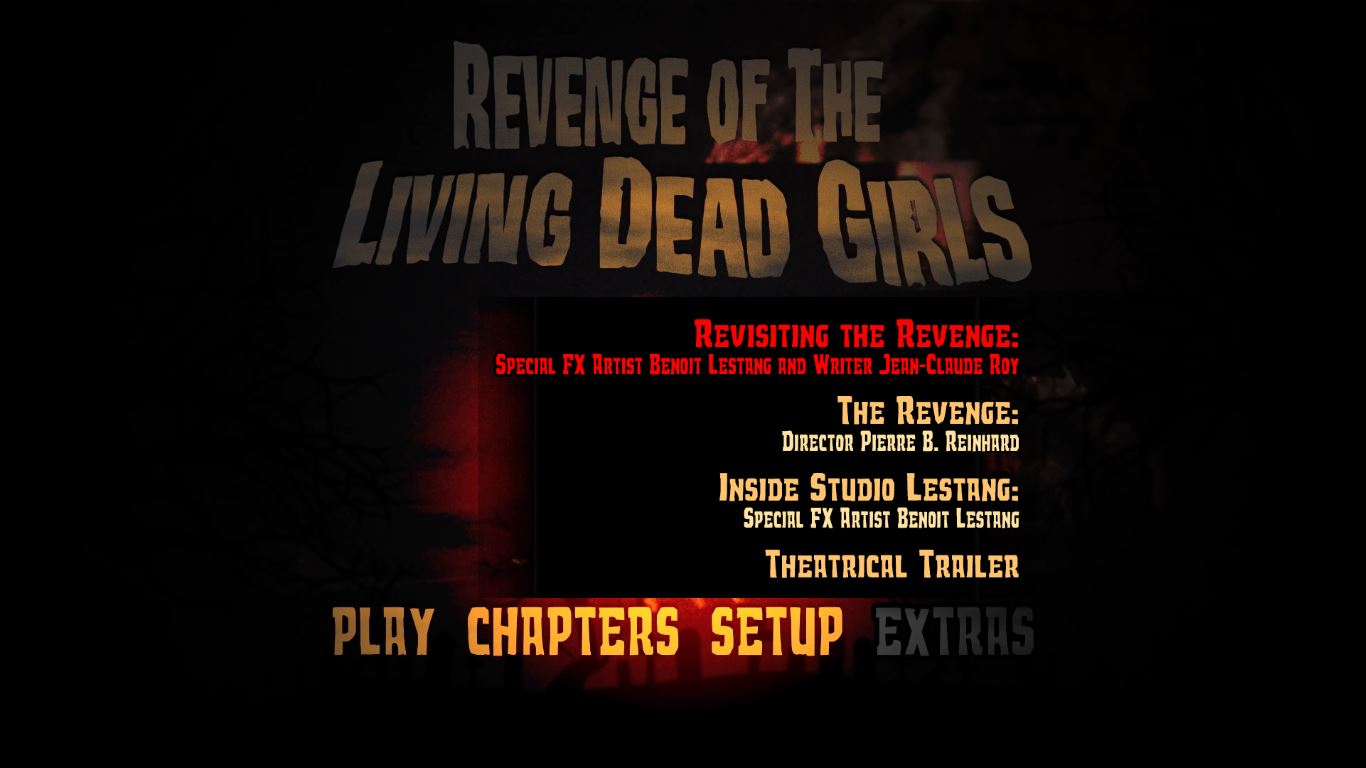 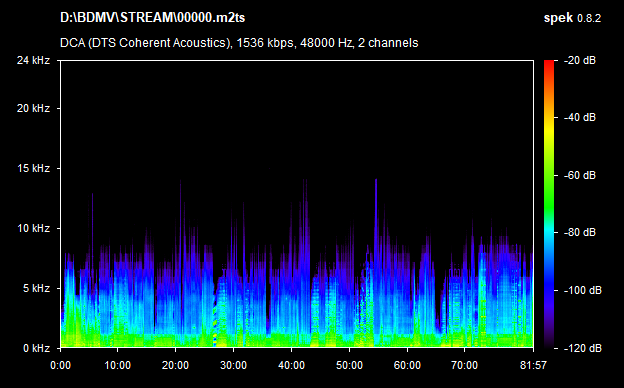 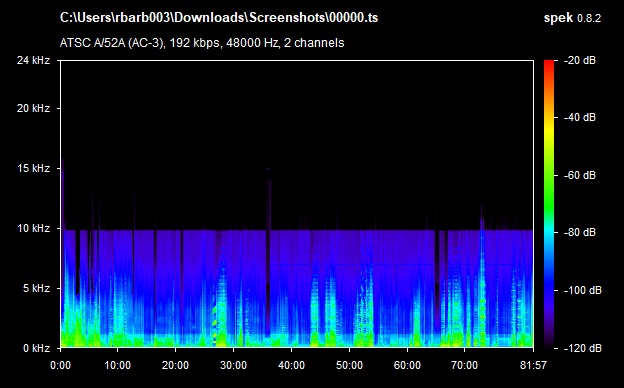 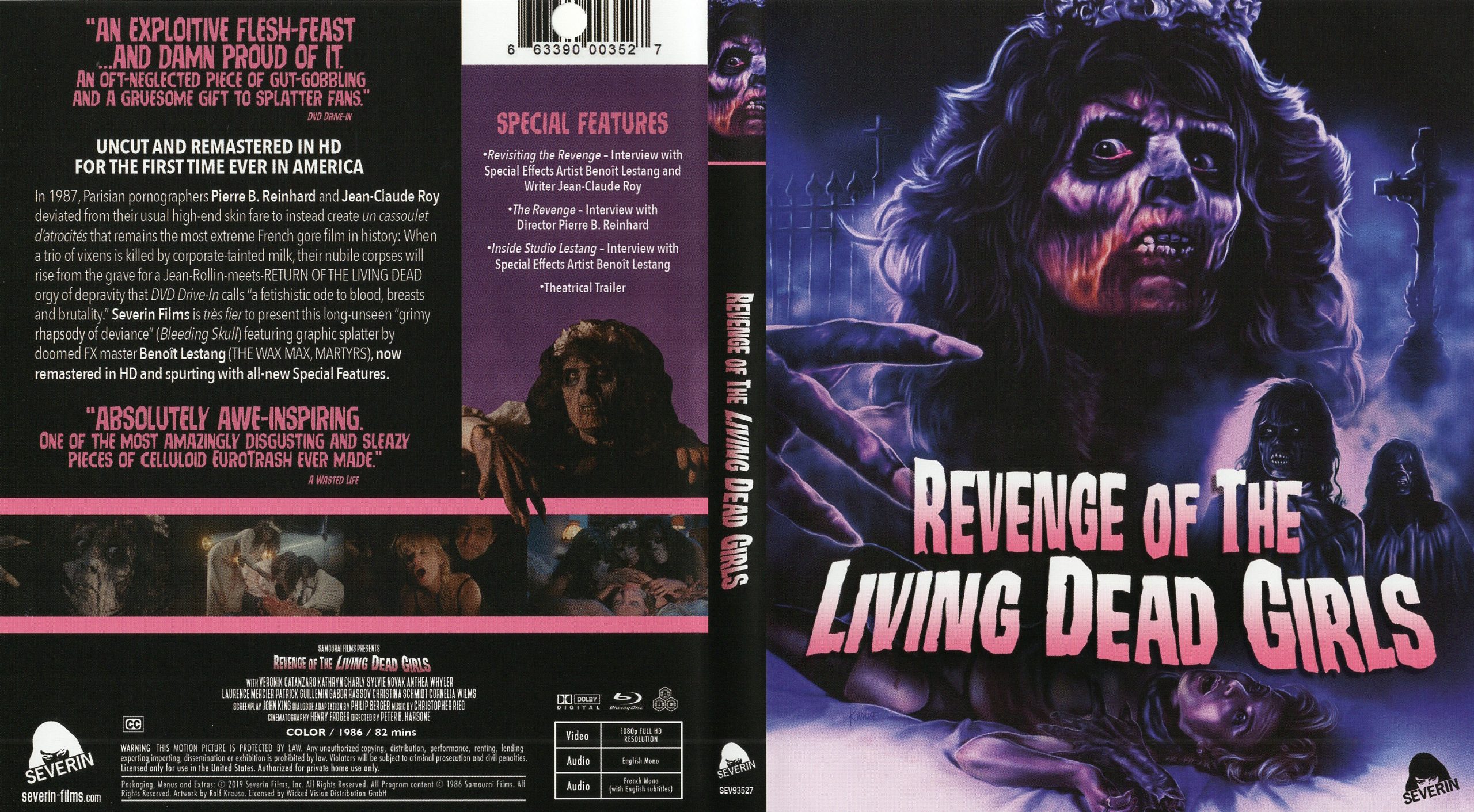 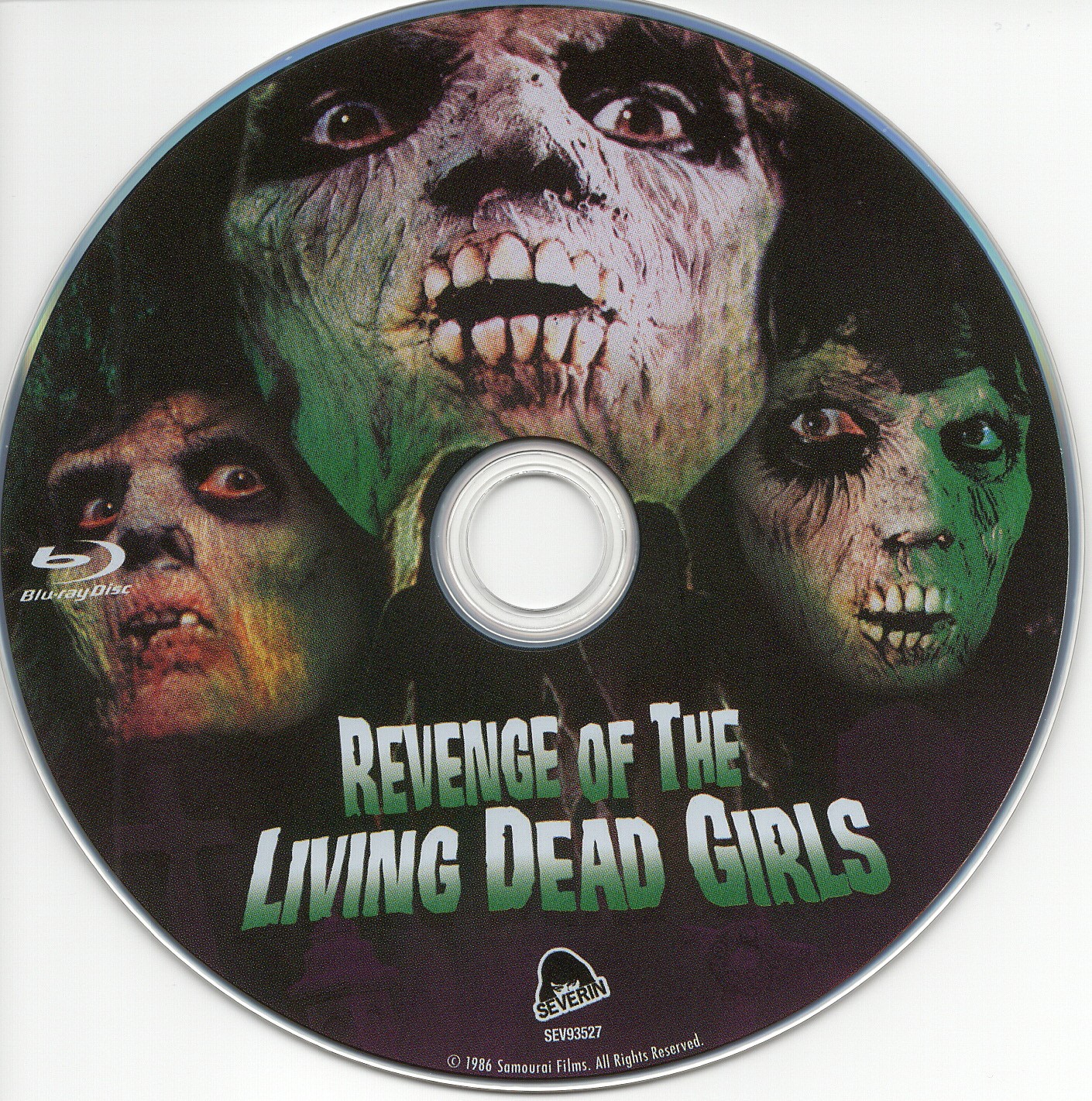