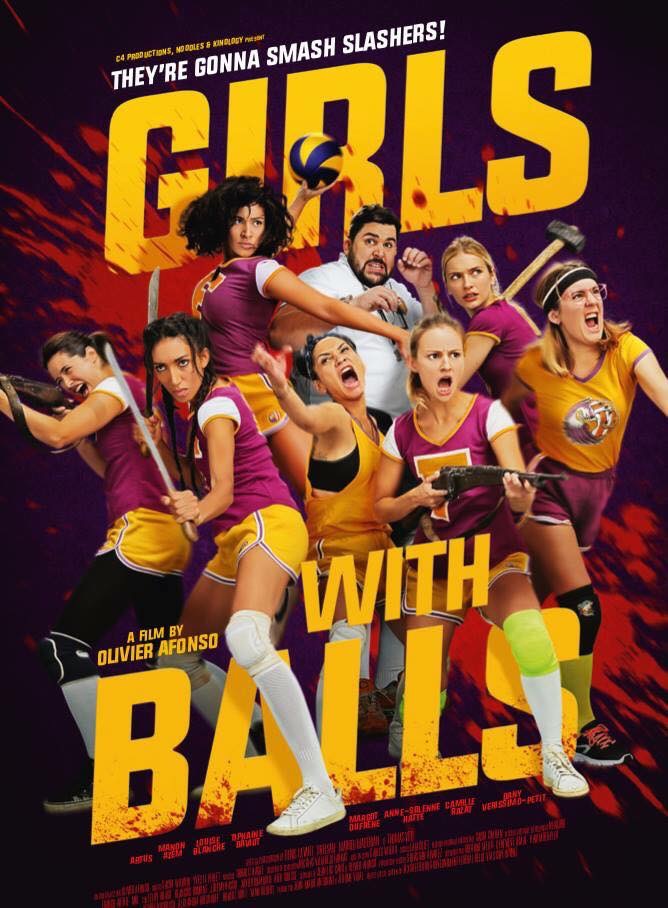 How can a film called Girls with Balls be bad? I mean, it sounds right up my alley. I love girls with balls!

Girls with Balls is a French film about an all-girls volleyball team who breakdown in the middle of the woods and are hunted by a group of weirdos. It features some pretty cool gore and some really attractive ladies. How can it possibly go wrong? Let me tell you how by reading on…

The premise for Girls with Balls won’t be winning any awards for originality. Lost in the woods? Check. Hillybilly Weirdos? Check. We’ve seen this all before. The girls in the film are slightly more than just fodder for the wackos, but I stress slightly. The film tries to establish a little bit of background story for each character, but it’s very minimal and honestly when a film is called Girls with Balls, who gives a shit about character development? The one thing the film tries to do that other films of its kind don’t often attempt is making most of the girls kick some serious ass instead of running around screaming like chickens with their heads cut off.

Nevertheless, what sounds like a fun time is hampered by the movie’s attempt at humour. Cringe-inducing humour that just drags the film down. Jokes fall flat on their faces so hard they smush into a bloody pulp. If they took out that bland humour and scrapped the hipster attempts at being edgy and cool, the film wouldn’t be as bad. There are some genuine twists I didn’t see coming and like I said above, the gore is grin-worthy. Maybe if the writers spent more time on who the crazies are, besides inbred Wrong Turn rejects, and less time on trying to make me gag at the flick’s attempt at laughter, more people would be praising this movie instead of giving it numerous low scores. Sadly, I’m one of those who has to give this movie a low score and I don’t recommend you check it out.

Poor humour drags a movie down that could have been something special. Instead, Girls with Balls will probably end up on your ‘To Watch’ list never to be watched. Skip.