Screamers is a fun, if occasionally cheesy, sci-fi film based on Philip K. Dick's short story that has a unique premise about sentient bladed robots. Scream Factory has done a good job with this Blu-ray, offering a nice HD master and a surprising amount of extra interviews.
Film
Blu-ray
Reader Rating0 Votes
4.1
Buy
Amazon

It is the year 2078, and humanity has made more than a few mistakes. A large-scale war and radiation poisoning due to elemental mining has caused two factions to battle it out with each other on a planet called Sirius 6B; the Alliance fights the New Economic Bloc for control, and ultimately it has caused mass extinction. Not only that, the Alliance has also built mechanical sand robots that are basically intelligent weapons – they track life signs and kill it, regardless of what it is. Joe Hendricksson (Peter Weller), leading the Alliance, decides to broker a peace offering with NEB on Sirius 6B after he learns much of the intel they have been receiving is a lie; but to get to the NEB, he’s got to battle the mechanical screamers that burrow through sand as well as the revised human-appearing robotic life forms

Screamers, directed by Christian Duguay, is based on Philip K. Dick’s short story “Second Variety.” Screenwriters Dan O’Bannon and Miguel Tejada-Flores adapt the basic ideas of that tale – chiefly, the wasteland and the blade-like robots – and import a convoluted background plot about existential war for the film. Immediately noticeable is that this world-building sci-fi element requires Duguay to devote large chunks of the plot to doling out this history, introducing a naive new recruit named Jefferson (Andrew Lauer) as an audience stand-in so Hendricksson can explain how this futuristic world operates. For the most part, it works rather well, with Duguay falling into some repetitive pacing: sequences of backstory are then interrupted by action moments when Screamers attack, and throughout Jefferson and Hendricksson’s trek through desolated wasteland, they encounter new versions of Screamers that force them to adapt to these now sentient machines. 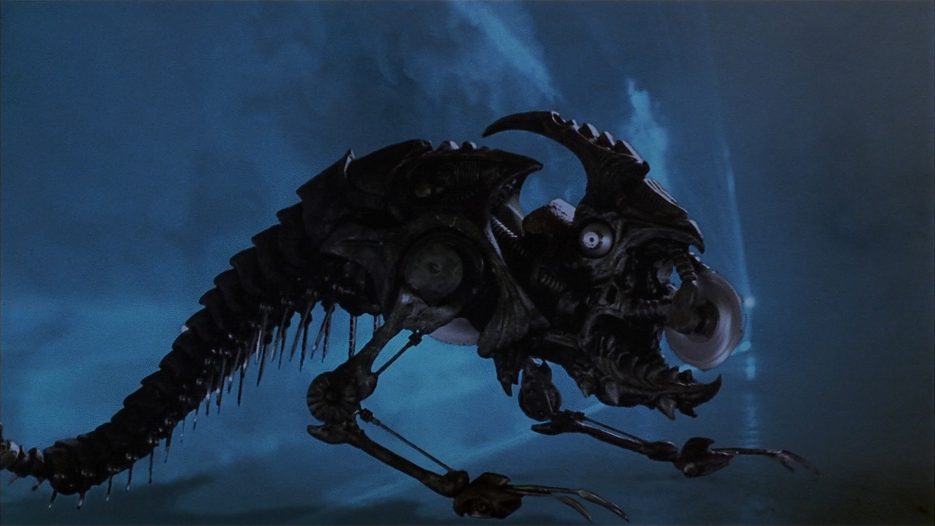 All of this culminates in a series of exciting sequences once Hendricksson and Jefferson meet another group of soldiers, led by Jessica Hanson (Jennifer Rubin). Screamers adopts some of the best elements of sci-fi horror with confined spaces in industrial-esque environments, and its occasional questioning of which characters can be trusted certainly feels inspired by Alien and The Thing. The film is at its best when it focuses on the mysterious multiplication of the Screamers – since no one truly understands them, the horror of their replication and the insidious way that they’ve infiltrated into human ranks is one of the more interesting elements in the story, and there are more than a few similarities to 1978’s excellent Invasion of the Body Snatchers.

With that said, the world-building does take some patience which tends to slow the film down in its second half, and a few plot points are either not fully realized or abruptly ended (in particular the conclusion, which kind of leaves things up in the air for our hero). There are also a number of cheesy elements including an odd usage of the song “Hard Luck Solution” and some poor special effects.

Overall, though, Screamers is an enjoyable ’90s sci-fi picture with some good acting from Weller and Rubin and an intriguing storyline that does a good job of renovating Dick’s short story. 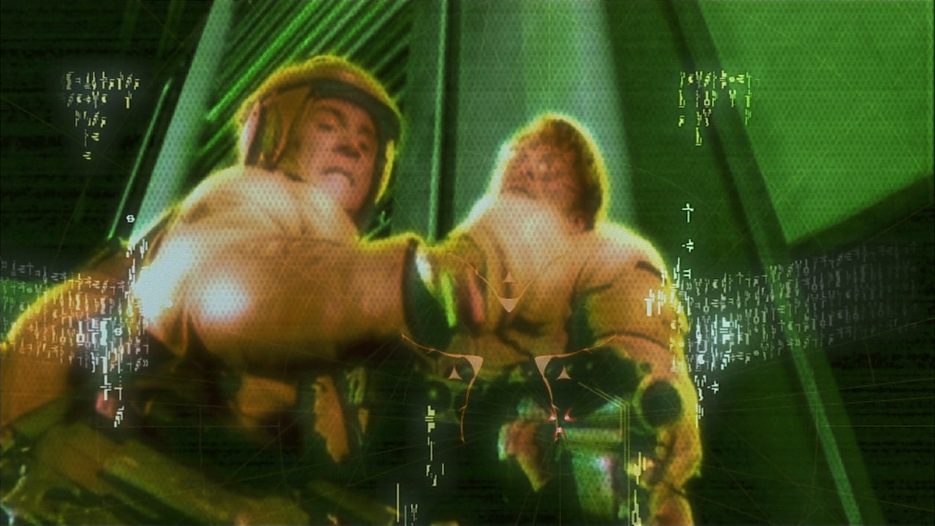 Scream Factory has released Screamers on Blu-ray with what appears to be an older HD master of the film; the notes don’t indicate that Scream has done a new scan here, but surprisingly the video picture is quite good with a medium grain presence, consistent skin tones, and good handling of the film’s color palettes. Darker scenes do tend to lose some detail, and a couple of outdoor sequences do display some flicker. For the most part, though, the film didn’t really need a new scan and this is perfectly serviceable. The audio is a DTS-HD Master Audio Stereo track and sounds good without huge range; a previous DVD release did have a Dolby Digital 5.1 track, but it is not included here. English subtitles are also provided.

Scream has assembled a number of new features. All of the interviews have been broken up into on-screen questions, which is a nice change from some of Scream’s other bonus content. The first is an interview with director Christian Duguay which runs about 20 minutes, who talks about what got him into filmmaking, his direction on Screamers, and more. Next is another 20 minute interview with producer Tom Barry, structured in similar style; then, an 18 minute interview with Jennifer Rubin talks about her modeling career leading into acting, her experiences with Peter Weller, and many off-topic anecdotes – this is probably one of the more interesting extras on the disc. Finally, the last new interview is with co-writer Miguel Tejada-Flores, who discusses adapting Philip K. Dick’s story into film. A theatrical trailer is also included, as well as reversible cover art which has that awful ’90s orange cover with Peter Weller’s face (thank God Scream didn’t run with that as the front cover). 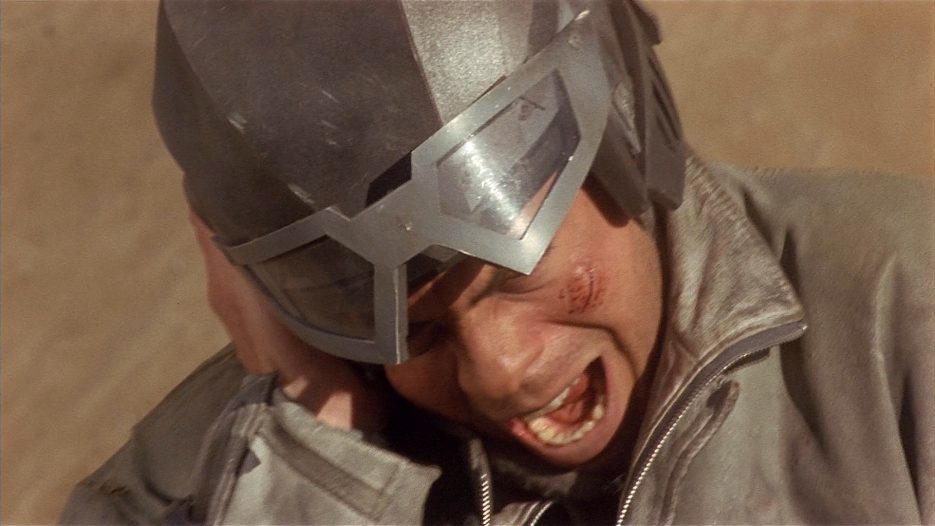 This is a good release from Scream Factory; though there isn’t a new transfer on here, the assembled extras make this worth a pickup for any fan of Screamers, and those that enjoy mid-’90s sci-fi films should have a blast with the movie itself too.