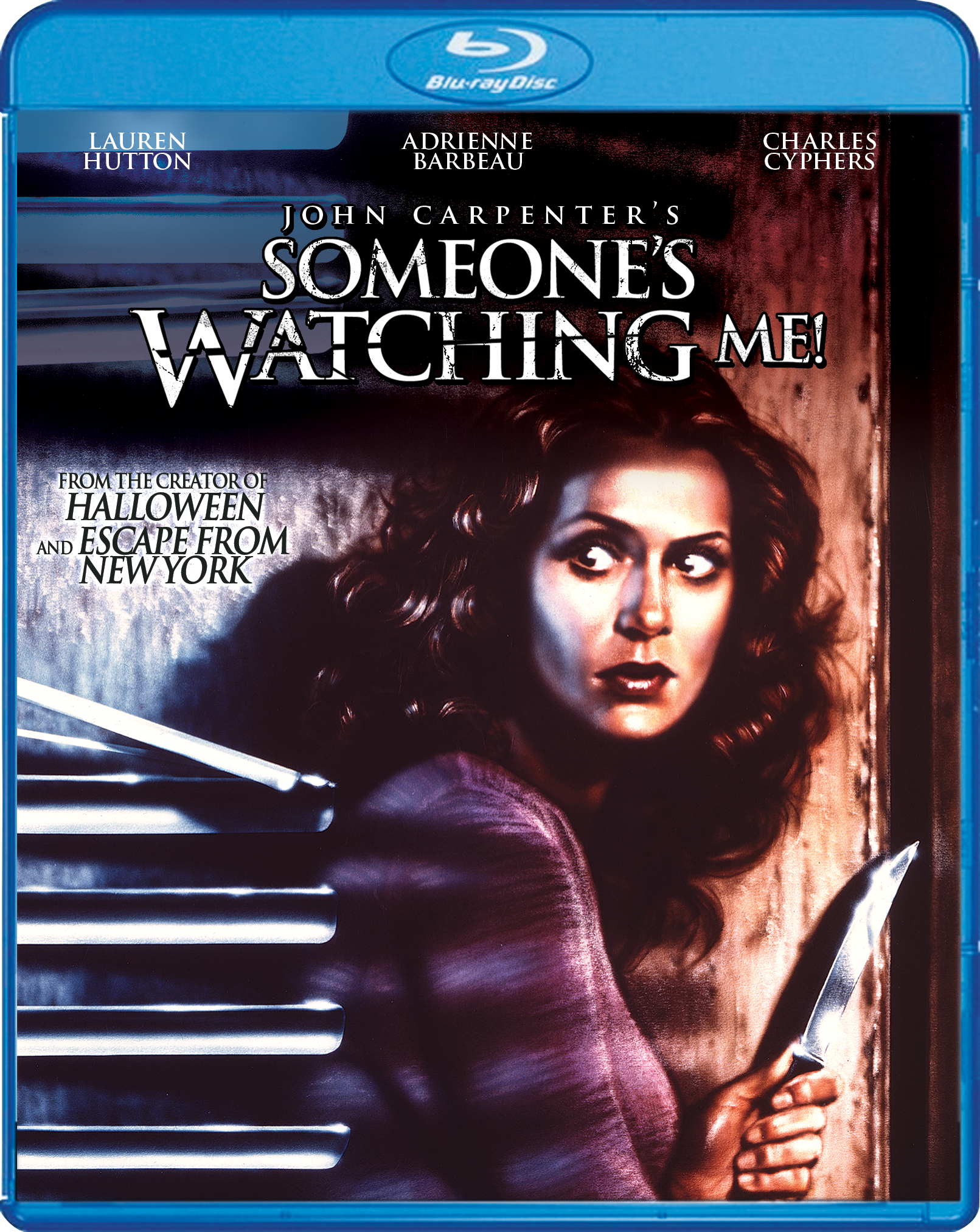 Someone's Watching Me! is a taut psychological thriller that is only hampered by a disappointing ending. Scream Factory has released a fantastic Blu-ray.
Film
Blu-ray
Reader Rating0 Votes
4.5

Just after directing the smash hit Halloween, John Carpenter ventured into TV land with a small Made for TV movie called Someone’s Watching Me!, starring Lauren Hutton (Hutton would eventually go on to seduce Jim Carrey in Once Bitten) and his soon-to-be wife, Adrienne Barbeau.

Although it seems like a strange detour, Carpenter directs a taut psychological thriller, which keeps viewers invested. After Hutton moves into a beautiful apartment in downtown LA, she soon starts receiving phone calls from a stranger, who happens to be peeping on her from the next building over. The invasion of privacy ramps up with intrusions, strange gifts and flickering lights. However, as the flick progresses, we start to question Hutton’s grasp on reality and whether or not this is happening the way she thinks it’s happening.

Hampered only by an ending that leaves viewers with a subpar reveal, Someone’s Watching Me! delivers the goods thriller fans are looking for, which is quite surprising given the limits of what a Made for TV movie can produce.

Scream Factory releases Someone’s Watching Me! on a Blu-ray with a new 2K scan of the original film elements, offering viewers a choice between 1.85:1 widescreen and 1.33:1 full frame aspect ratios. Having viewed both, the widescreen option tends to show more detail on the sides, giving a more open feel to the picture. However, either option provides a solid transfer. Audio is supplied with a DTS-HD Master Audio Mono track, which at times can be low requiring the viewer to fiddle with the volume knob – English subtitles are provided. Extra features range from a new audio commentary with author Amanda Reyes, new 10-minute interviews with Adrienne Barbeau – who reminisces about working with John Carpenter for the first time – and Charles Cyphers who goes through his Carpenter-related career. Rounding it all out is a quick Horror’s Hallowed Grounds with Sean Clark visiting the filming locations, a vintage interview with Carpenter, a TV promo, and finally a Still Gallery.

Someone’s Watching Me! was considered Carpenter’s lost film for the longest time due to the lack of home media options, but eventually, it found its way onto DVD from Warner Bros, and now onto Blu-ray from Scream Factory. No longer lost, Someone’s Watching Me! can finally have a rightful spot on your horror shelf.