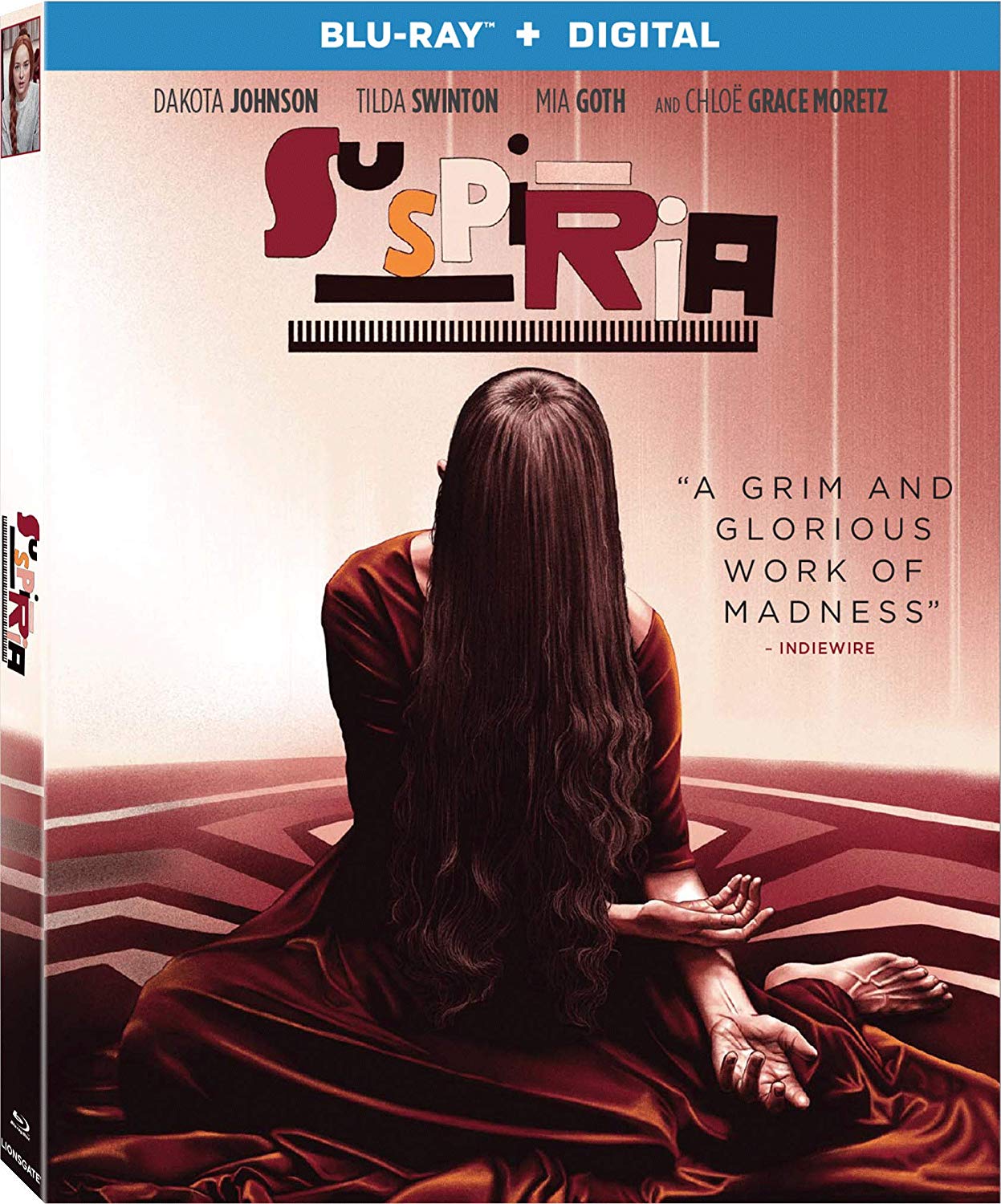 The remake of Suspiria does its own thing, and even though it has some confusing points, the film is overall fantastic. The Blu-ray looks and sounds incredible, but the features are lacking.
Film
Blu-ray
Reader Rating1 Vote
4.6
Buy
Amazon

In 1977, Dario Argento released his masterpiece Suspiria, a film he imbued with gorgeous colours and a soundtrack by Goblin that you will remember forever. This begs the question: does Suspiria need to be remade? Honestly, no. However, in Hollywood, no means yes. In 2018, director Luca Guadagnino brought us the remake we didn’t need, Suspiria. Unlike some remakes that are shot-for-shot abominations (Psycho, Omen), 2018’s Suspiria takes the premise of Argento and Daria Nicolodi’s script and proceeds to do its own thing. Sometimes its own thing is great, and sometimes its own thing is a confusing mess.

The year is 1977 in a divided Berlin, and much like the original, a young American girl by the name of Susie Bannion (Dakota Johnson) is heading to Madame Markos Dance Academy. Unlike the original, we know right away that a coven of witches runs this place. There is no hiding that nugget of information for a big reveal at the end. Susie heads to the front of the class when Madame Blanc (Tilda Swinton) takes a liking to her talent and more. They feel she could be the perfect candidate for the “ritual.” Meanwhile, a doctor by the name of Dr. Josef Klemperer (also Tilda Swinton in heavy makeup, yet oddly enough she doesn’t try to sound masculine at all) becomes interested in the academy when a student played by Chloë Grace Moretz shows up hysterical and talking about all sorts of crazy stuff.

There is more to the film than just that. Clocking in at a whopping 152 minutes, Guadagnino certainly has enough time to provide all sorts of story threads, and although not all of them lead anywhere (the terrorist subplot seems to be one such thread), the film sticks to the main creepy witch plotline rather nicely. It also helps that the film looks fantastic. Whereas Argento relied on all sorts of colours and loud music, Guadagnino does the opposite with a more subdued palette, and a dialed-back score (save for one odd choice near the end of the film.) Something else that makes the new Suspiria stand out is the overall unease you feel when watching the film. Using quick cuts and random camera angles, you never feel comfortable when watching the movie. It’s rather impressive.

Unfortunately, it isn’t all great. There is a hefty amount of confusion during the film, and not everything will be answered for you come the end credits. This will infuriate a lot of people, especially when the light-handed approach is hurt by some somewhat confusing scenes that are never expanded upon or explained. Nevertheless, even though the film is sometimes downright tricky to follow, I can say I never once felt bored watching the movie. With a runtime like it has, that to me is one impressive feat.

Suspiria arrives on Blu-ray from Lionsgate with a rather impressive transfer. Having been shot on film, the transfer retains that lovely grain and the details are crisp. Another highlight of the disc comes in the form of a beautiful Dolby Atmos (English 7.1/5.1 Dolby TrueHD) track, which gives your surround sound speakers a workout, with the soundtrack using weird sounds, sighs and other stuff to freak you out. Extra features, unfortunately, are on the light side with three short fluff pieces talking about the making of the film, the special effects (that death scene in the glass room-wow), and the dance choreography. All of these features run not even 5 minutes.

Even though a remake of Suspiria was never needed, Guadagnino and everyone else involved does a superb job of taking the concept of the original and doing its own thing. The film won’t be for everyone, but if you can get over your fear of remakes, I think you’ll end up enjoying this one. As for the Blu-ray, some more features would have been nice. Nevertheless, the transfer, for the most part, is impressive and the audio is sublime. Worth it!