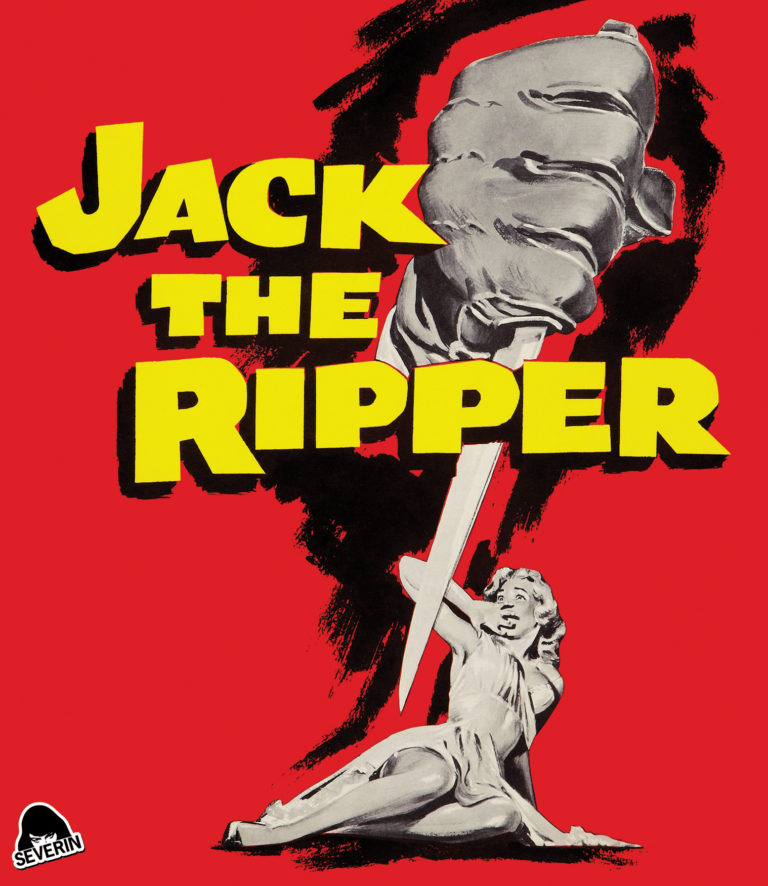 The score for Jack the Ripper is hurt by a lack of violence and nudity, but overall it's a film worth checking out for its mystery. Severin Films has released a Blu-ray worthy of a fan's appreciation.
Film
Blu-ray
Reader Rating0 Votes
4
Buy
Amazon

When Severin Films released the press release for their Blu-ray of Jack the Ripper, it said, and I quote:

In 1959, legendary showman Joseph E. Levine unleashed this grisly UK thriller on American moviegoers. But when audiences were horrified by the film’s startling violence, graphic nudity and bloody Technicolor climax, it became one of Levine’s most notorious failures. Today – in its notorious UK cut and the American version with a brassy new score – it remains among the most underappreciated and provocative shockers of its time.

After watching Jack the Ripper, all I can say is that 1959 must have been a tame year for horror films as Jack the Ripper features zero gore, no nudity in the two cuts provided on the disc, and the bloody technicolour climax lasts all of a second. Now, unless back in 1959 an exposed ankle was considered graphic nudity, this is one film lacking any flesh. Call me a hound, but I was looking forward to that nudity (thankfully, Severin Films includes the extended nudity scenes as an extra feature, albeit in dubbed French.)

Okay, so the film wasn’t violent, and it wasn’t flesh-filled, so what makes Jack the Ripper a movie worth getting excited about? The premise behind who the killer was in this film and how the murder case was left unsolved is what makes the flick worth watching, and the film will undoubtedly have you guessing as to who the killer will be, but besides that, it can be a slow film. Clocking in at 84 minutes for the British cut and 88 minutes for the US cut, I skimmed the British cut to see what was missing, and besides a few extra close-ups of a victims screaming face, knife stabs, and the colour ending, there wasn’t much difference. Where those extra 4 minutes come from, I have no idea. The most obvious change, of course, is the different soundtrack. Whereas the British cut uses a more subdued score, the US cut uses a louder, more abrasive score. Personally, I prefer the British soundtrack, as I always find that films of that time period opted for the louder is better approach, which is not often a good thing.

Honestly, I’m unnecessarily harsh on the film, as Jack the Ripper isn’t that bad. I’m thinking Severin Films’ misleading promotional material skewed my view and I’m way more judgemental than I should be. As author Denis Meikle says in the interview included on the disc, Jack the Ripper is one of the stronger films based on the legend of The Ripper, and I do agree with him (although, I adore From Hell). Would the film be better if it was more violent and had a bit more “action”? Sure, but that can be said for most older films from the 50s and 60s. As long as you realise that the film is light on everything Severin Films says it has, you’ll be able to appreciate this take on the Jack the Ripper mythology better.

Misleading promotion aside, Severin Films does a great job at providing a Blu-ray that gives us two releases of the film (a Black Friday Limited Edition Blu-ray gave buyers a third version on DVD which contains the nudity. Raises fist in air). The British cut is framed in a 1:33:1 format, but a warning comes up before the film begins making viewers aware. Oddly enough, the new 2K scan for the US cut is the one that seems to be in rougher condition. It’s in widescreen (1.66:1), but there are a lot of scratches and dirt present on the reel. However, the image is crisper than the British transfer, and the damage is never distracting.

I came away from Jack the Ripper disappointed in the lack of violence and nudity that I was promised, but if I put those issues aside, I can appreciate the mystery that the film served up. It takes the history of Jack the Ripper and gives us a whodunit that will have you guessing. For that, I give it props. Severin Films releases a solid Blu-ray and one that the fans will be happy in owning.