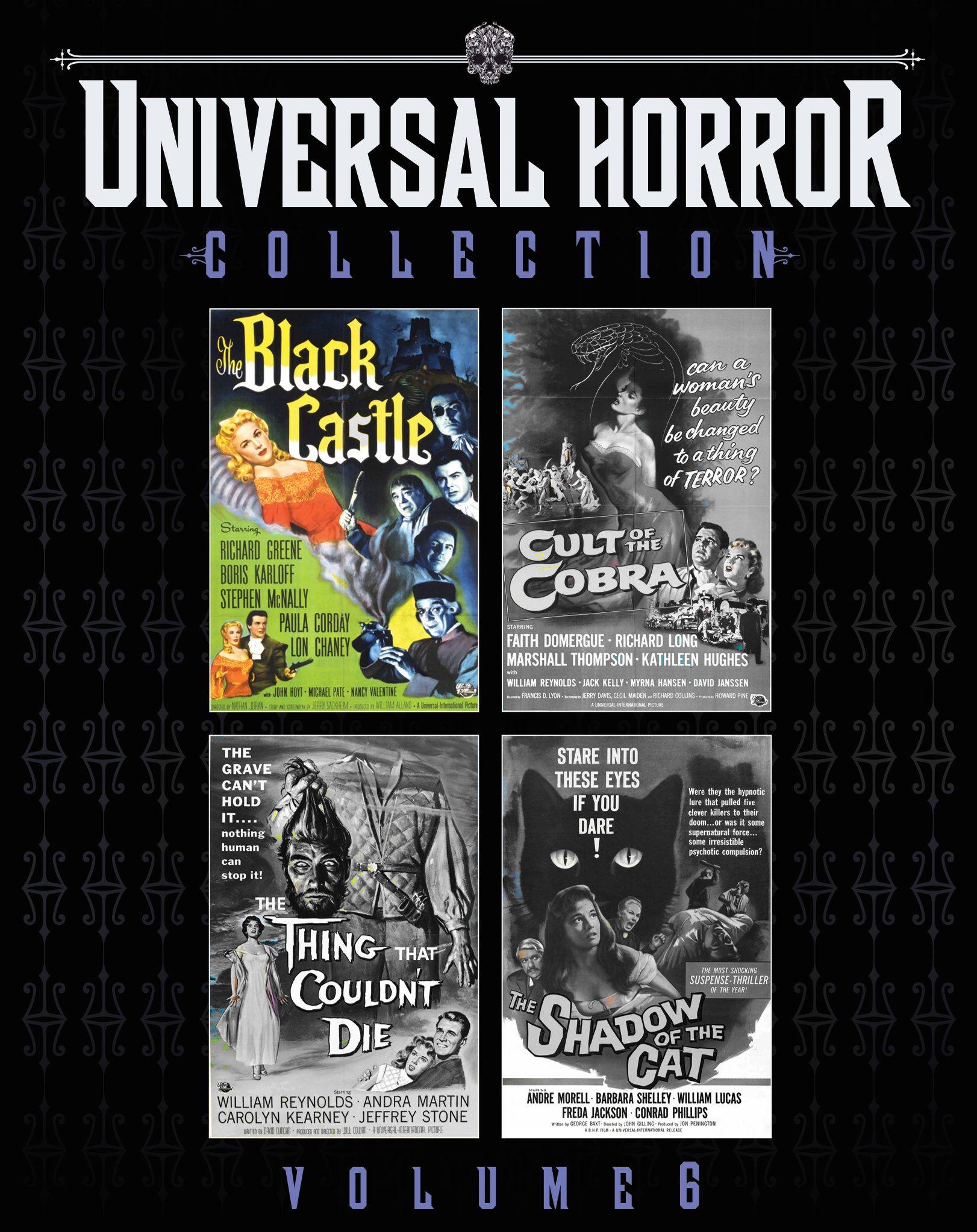 With a leopard, a room full of alligators - how cozy!

Released under the Universal name and with a star-studded cast of old and new horror icons like Boris Karloff and Lon Chaney, Jr, The Black Castle sounds like a Gothic ’30s or ’40s flick from the golden age of Universal’s reign. But Nathan Juran’s film was actually a 1952 production, and a lot less atmospheric than its film title suggests. No, there’s not much exploration of the shadowy indulgences of sinister parapets and dungeons; instead, the Jerry Sackheim screenplay focuses on the exploits of Count Karl von Bruno (Stephen McNally), a man you immediately know is troublesome due to his eyepatch, caged leopard, and precipitous pit of alligators. Part love story, part The Most Dangerous Game, The Black Castle assembles a strong cast for a particularly dialogue-heavy chess match between the Count and our protagonist “Beckett” (Richard Greene) as he attempts to infiltrate said black castle.

Juran sets up a pretty compelling storyline off the bat with an exposition-heavy narrative about Count von Bruno’s presumed murdering of Beckett’s (nee Ronald Burton) friends due to a disagreement in Africa. The film pivots to Burton adopting the name of Beckett and traveling to von Bruno’s castle for a dangerous hunt, wherein he ends up falling in love with the Count’s unhappily wedded wife Elga (Rita Corday); the rest you can very well imagine.

The Black Castle has its moments of rich pathos; there’s a great line uttered by von Bruno at the end of the film when the tides have turned on Beckett after he has referred to his wife by her first name: “How intimately you know my wife!” These are moments aided by the stars’ abilities to capitalize on the emotional highs and lows rather than strong writing, and for much of the film, The Black Castle coasts on relatively mundane sequences that are moderately buoyed by the audience’s knowledge of dissent between Beckett and von Bruno.

That means that The Black Castle proceeds at a fairly slow pace, but it does have a few standout sequences. There’s a well-choreographed swordfight early on in a bar; a leopard attack puts our protagonist in danger in a thrilling moment; and later, a Romeo & Juliet-esque idea creates some suspense during the conclusion as the audience is left wondering how Beckett/Burton will get out of his dire situation. But The Black Castle also squanders some of its best elements – chiefly, Karloff and Cheney, who are relegated to the backgrounds of most scenes. Cheney in particular is depressingly underutilized playing a mute servant Gargon; Karloff at least gets a bit more screentime and a redemption arc as Dr. Meissen, who helps Beckett/Burton pull off his master plan.

Fans of classic Universal horrors will find some enjoyment with The Black Castle, but the film is a bit too bloodless for most contemporary tastes. The clash of characters and high drama is a high mark thanks to its quality actors, though one wishes that The Black Castle‘s brooding manse was put to better use for atmospherics.

The Black Castle is part of Scream Factory’s Universal Horror Collection Volume 6, which appears to be the final installment of the series. It joins Cult of the Cobra, The Thing That Couldn’t Die, and The Shadow of the Cat in that offering.

Video on this disc is a new 2k scan of a fine-grain film element per Scream Factory’s press release, and the results are quite impressive. The Black Castle features a lot of detail especially apparent in a couple of close-up sequences on facial features at the start of the film as well as the elaborate clothing during the film’s hunt scenes. Grain is kept to a minimum though it is present. The transfer handles the film’s lighting quite well, including the night-for-night scene at the beginning of the film and the occasional shadowy hallways of the castle. Overall, the film looks great, and fans of The Black Castle will certainly approve of this scan.

Audio is a DTS-HD MA 2.0 mono track. There are no drops in audio volume or distorting effects, and the dynamics are crisp and clear. No issues here. English subtitles are also included.

For extras, we get a great new audio commentary from Tom Weaver, who goes into extreme detail about the film, including historical information, notes about recycled scores from other Universal pictures, and even sound clips from previous interviews. Also included is a new featurette on the ’40s Universal pictures with Kim Newman and Stephen Jones. Newman takes up the majority of the time but both relive the alternate horror franchises of Universal’s new line of movies. Finally, a still gallery rounds out the features on this disc.

For fans of The Black Castle, this is a great disc in the Universal Horror Collection – and a return to more extras that were not present on previous volumes of this series.