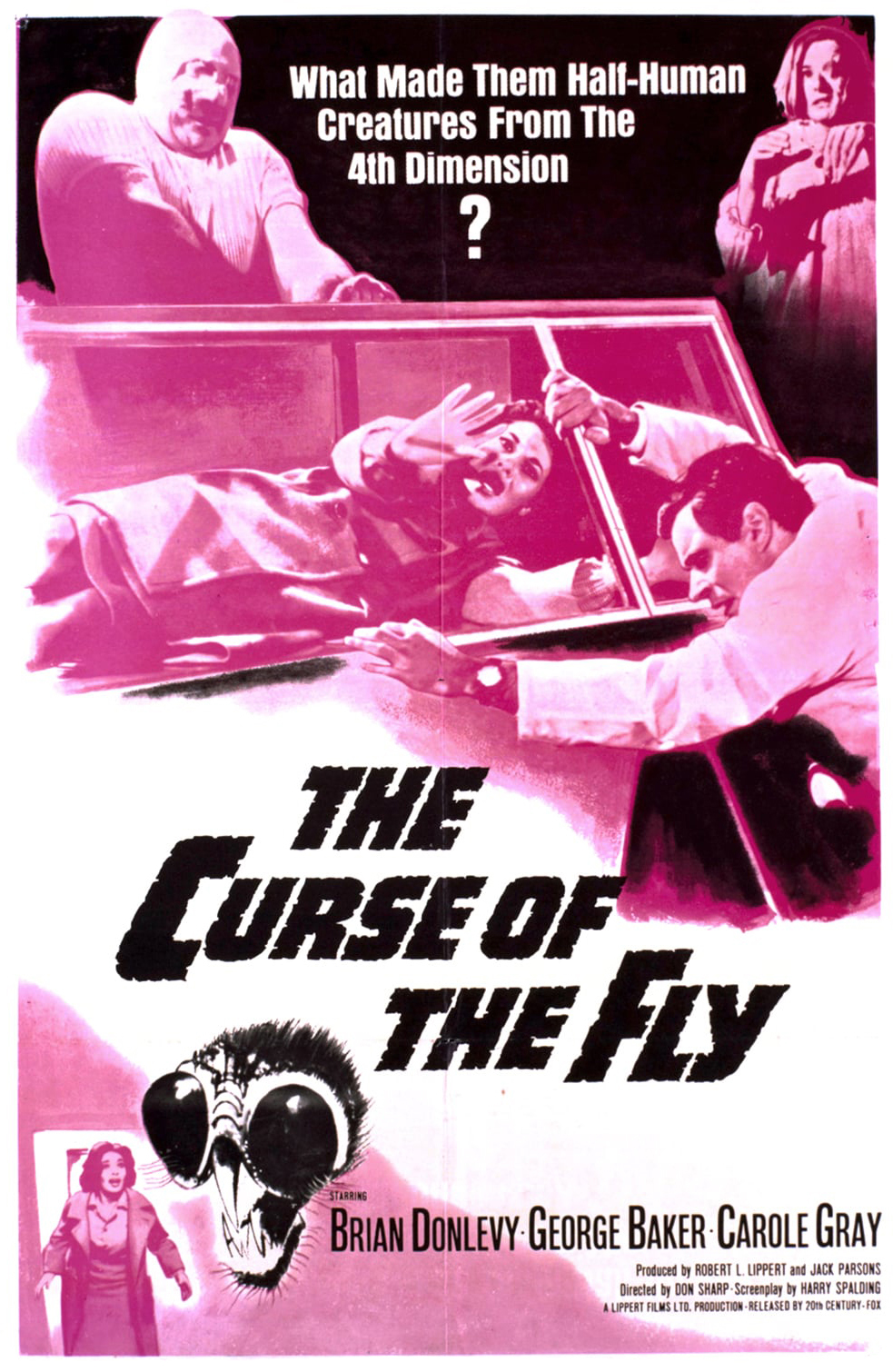 The Curse of the Fly is an intriguing take on the original's teleportation science, but it fails to maintain its interesting elements throughout its entirety. This release in the Scream Factory Fly Collection should please fans who don't already own this on Blu-ray from a different collection.
Film
Blu-ray
Reader Rating0 Votes
Good
Mutated makeup is quite good
New interviews and audio commentary
Bad
Film loses pacing in its middle
Transfer is adequate but not amazing
3
Buy
Amazon

In his Return of the Fly review, Michael talked about how strange it would be to have a sequel to The Fly where the protagonist makes exactly the same kind of mistakes as the last scientist. The Curse of the Fly, the 1965 follow-up to Return, understands that it can’t just copy the same ideas again. Instead, it goes in a different direction that doesn’t showcase a fly at all. Its relation to the original is mitigated to following the same family of scientists – the Delambres – and their 0bsession with furthering their teleportation research despite the fact that they seem to be cursed at every turn. While the name evokes the idea that more fly hybrid shenanigans will abound, Curse of the Fly tends to depict the other types of genetic mutations that can result from attempting to disassemble and reassemble DNA in different places.

Director Don Sharp follows new descendants of the Delambre family, namely Martin (George Baker) after he quickly marries a woman escaping from a mental hospital and brings her back home to his Montreal laboratory where has continued the teleportation research with his father Henri (Brian Donlevy). Much of the film is told from his new beaux Patricia’s (Carole Gray) perspective; she’s happy to be out of that mental institute and into the arms of a caring, rich man, but she’s also not quite sure what type of research his family is into. Ultimately, she finds that the Delambres are hiding some deformed people in cells around the laboratory including Martin’s previous wife Judith, and she’s forced to question her own sanity – do they really exist, or does she truly belong in a mental asylum?

Curse of the Fly has a lot of thrilling reveals in its first half. The initial depiction of Judith and the rest of the failed experiments is quite surprising because it seemingly comes out of nowhere, with Sharp keeping viewers on their toes. The monstrous makeup effects are also notable, attempting to make this film stand out from its larval predecessors. However, Sharp can’t seem to keep that energy going throughout the film’s running time. At 90 minutes, Curse of the Fly feels too long by a third and ultimately it squanders some of its suspense with elongated scenes of Patricia questioning her sanity or exploring the house. Donlevy is a treat and plays off Baker’s character rather well, but neither of them can impact the lack of ideas in the slow lull of the film’s midsection.

The film has some clever ideas, and either trimming down the length or giving the viewer a bit more psychological terror with the film’s experimental failures could have prevented Curse of the Fly from lukewarm reception. Alas, this one just sparks glimmers of brilliance without fully landing, and it makes sense that it marked the death knell of the Fly series.

CHECK OUT
Extensive screenshots of this film and more from Scream Factory's The Fly Collection.

The Curse of the Fly was released on Blu-ray as part of Scream Factory’s The Fly Collection boxset. The film was previously released in an AU Ultimate Collection and the quality here appears to be about the same, albeit with the same slightly zoomed issue that Return of the Fly had. Picture features a fairly consistent grain scale of light-medium range, with fairly good depth and moderate detail. While it’s clear this is an older transfer, fans of older film shouldn’t balk at the offering here. The picture also manages dark scenes rather well. Overall, not a bad transfer, though not new to this release.

Audio is a DTS-HD MA 2.0 mono track that sounds fairly good, though not much in the way of distinguishing characteristics. There are no drops or noise issues, and the volume level remains consistent. Scream Factory also provides a subtitle option that has only mild inaccuracies.

For extras, The Fly Collection assembles three new options for Curse of the Fly. The first is an audio commentary with Steve Haberman and Constantine Nasr, who also provided an audio commentary for the first film in the series. Also new to this set are interviews with Mary Manson (Judith) and Renee Glynne, both at short length. Manson provides some fun information about shooting her scenes with her makeup, while Glynne points out some work behind-the-scenes. Collected for this release are the standard theatrical trailer, TV spot, and still gallery as well. 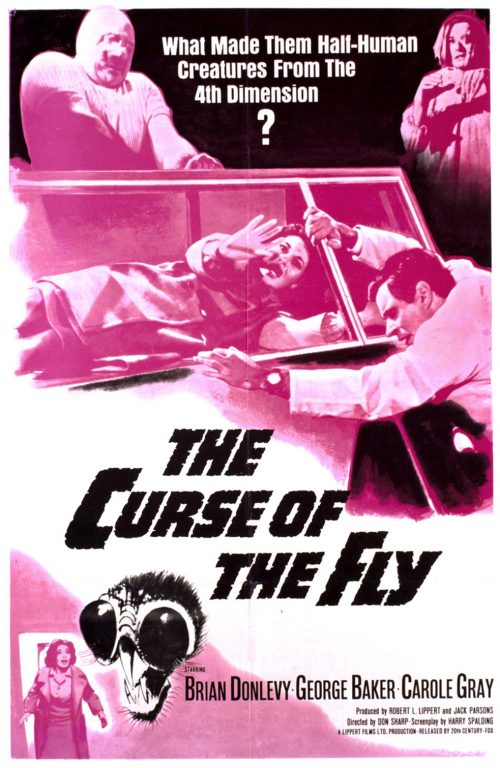