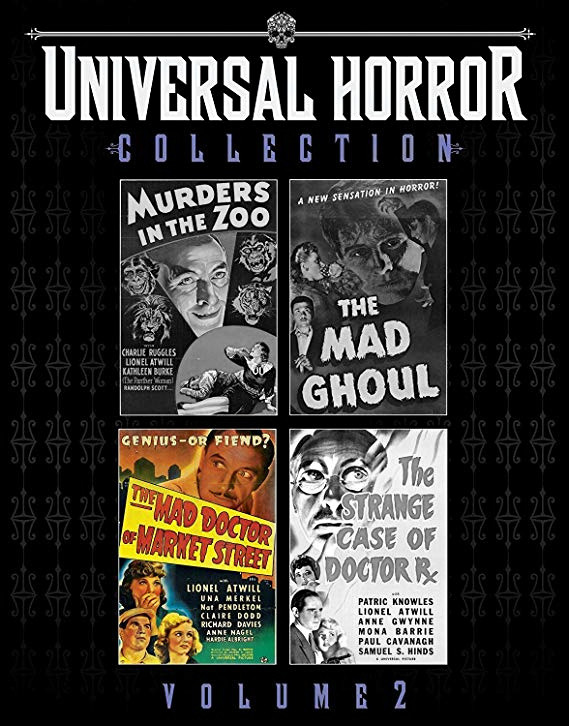 Gilligan's Island, but with MURDER

VERDICT
The Mad Doctor of Market Street is a low-effort Universal horror film and it shows with a particularly bland storyline. This disc has a good transfer with a lack of extras, which is understandable considering the film quality.
Film
Blu-ray
Reader Rating0 Votes
2.5
Buy
Amazon

This is part of Scream Factory’s Universal Horror Collection Volume 2 Blu-ray. When all films have been reviewed, we’ll post a recap review encompassing all discs.

The Mad Doctor of Market Street sounds like a great film because of its title. It elicits images of a crazy doctor experimenting on patients in the streets of San Francisco, an HP Lovecraft-esque storyline about murder and revivification at the hands of an unethical, curious physician. Alas, this Lionel Atwill-led film from director Joseph H. Lewis is not that, taking a pretty hard left turn away from its initial subject matter to land on a tropical island where Atwill’s character Dr. Ralph Benson trades in both racism and sexism.

After Benson is nearly caught by police in San Francisco for killing and then attempting to resuscitate a man, he flees onto a cruise ship on the Pacific where he meets a boxer, an aunt (Una Merkel), and her niece Patricia (Claire Dodd). He successfully kills off an investigator onboard the ship but a fire breaks out and causes this unlikely group to jump into a lifeboat and row to an island full of semi-dangerous natives. After Benson miraculously brings a dead woman back to life, he’s worshiped as something of a god and he wants to take Patricia’s hand in marriage. However, no one likes Benson since they know he’s a plain-old murderer with no real abilities to bring back the dead.

Atwill does a fairly good job here as the villain, as he almost always does in these nefarious roles. He does get a chance to wax and wane from the evilness a bit, but you know he’s pretty evil due to that slick mustache he’s sporting. But the rest of The Mad Doctor of Market Street is a real drag and a waste of potential. Like Murders in the Zoo, there’s quite a bit of unnecessary comedy added to this one thanks to Aunt Margaret (Merkel), but in this case it feels extremely out of place and the beats never land. This is almost an early predecessor of Gilligan’s Island, except with maybe a little more racism added.

Ultimately The Mad Doctor of Market Street never prescribes a good dose of tension, and it’s an underwhelming film in almost every aspect. Even at 60 minutes its shtick wears thin, with unfunny humor thrown in to bridge the gap between events. This medicine is not recommended.

The Mad Doctor of Market Street is presented on this Scream Factory Universal Horror Collection Volume 2 Blu-ray with what looks to be an existing HD transfer; they are not promoting it as a “new” scan. This 1.37:1 presentation is quite good and it’s definitely an improvement over the previous Murders in the Zoo transfer on this set. Grain is medium-bodied but not obstructive and black levels are well-balanced. Depth and clarity is, in general, very good. Noticeable quality changes occur during transitions like wipes and dissolves, which then resolve in the next scene. Overall this does not have much damage to it and I’m quite happy with this presentation.

Extra features are again limited on this release – only a trailer and an image gallery are included for The Mad Doctor of Market Street, which should definitely signal to viewers the poor entertainment value of the film since no historian contributed an audio commentary.

CHECK OUT
Our gallery of screenshots from each film in this release. 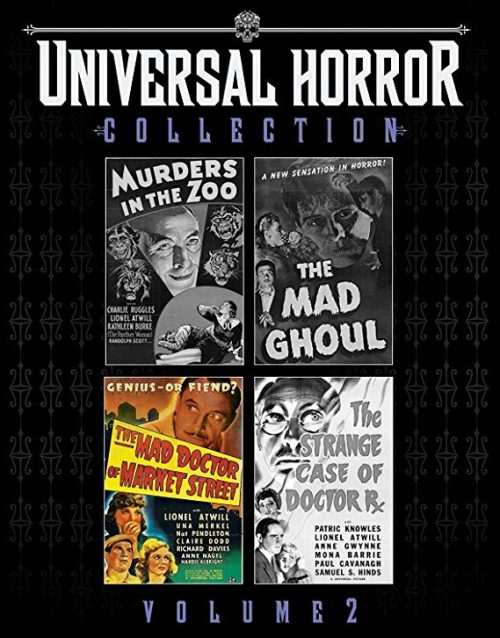