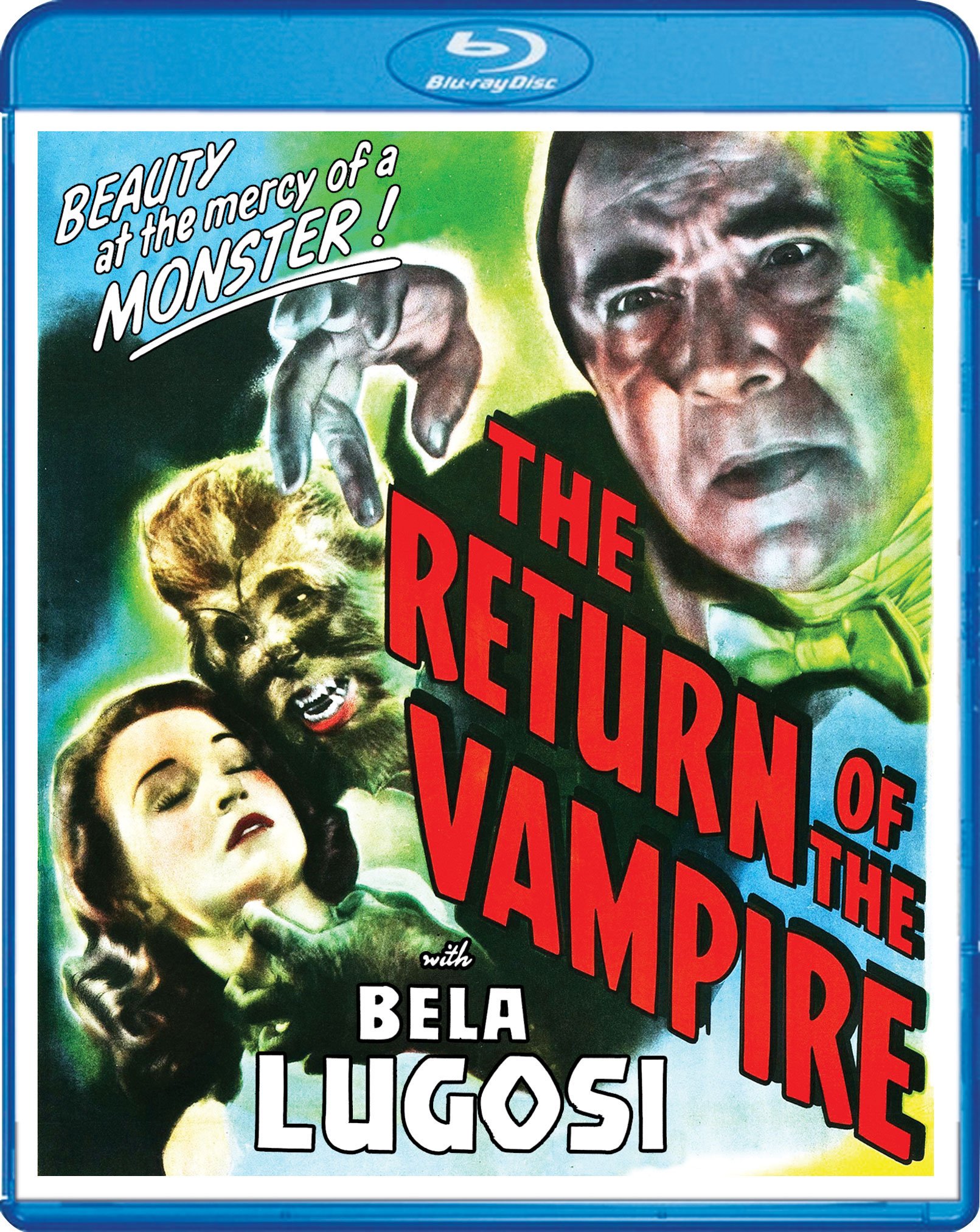 The Return of the Vampire Blu-ray Review (Scream Factory)

Bela Lugosi is Dracula, except not

Scream Factory has done a nice job with The Return of the Vampire, even if it is not one of Lugosi's better films and pales in comparison to his Dracula representation.
Film
Blu-ray
Reader Rating0 Votes
3.8
Buy
Amazon

The Return of the Vampire is a later entry in Bela Lugosi’s illustrious horror career; a decade after his portrayal of Dracula, he reprises his role of vampire except this time he’s playing demented scientist turned ghoul Dr. Armand Tesla. Director Lew Landers combines traditional horror elements with the societal context during World War II, following Jane Ainsley (Frieda Inescort) as she vanquishes the vampire and then must do it again years later once his body is unearthed in a German bombing raid. (hence the “return” of the title). What follows is a somewhat interesting mix of vampirism and other Universal horror tropes along with a filtered view of living through both Great Wars.

Lugosi’s Armand is, effectively, Dracula by another name, and Lewis doesn’t try to change many of the obvious similarities. In truth, Lugosi is basically phoning this one in; he’s barely even relevant for the first third of the film, and once the vampire does attack in full, there’s little of Lugosi’s charm transferring over from his original portrayal of the Prince of Darkness. Perhaps that was in an attempt to distinguish this character; whatever the case, though, The Return of the Vampire fails to offer as iconic a villain despite Lugosi and also his troubled wolfman servant Andreas (Matt Willis).

However, The Return of the Vampire is often decidedly unique despite its overuse of vampire mythology. Lewis first sets his plot during World War I as Jane Ainsley and Walter Saunders discover Tesla draining blood from some of their test subjects and also Saunders’ young daughter Nicki (Nina Foch) – with a bit of reference to pedophilia, although very minor – and then afterward skipping ahead to World War II when Tesla is revived. The time jump is one of the most interesting aspects, done without much fanfare or explicit reference for the audience. But setting the movie during the War allows the film to explore German air raids, Nazism, and other atrocities of Nazi Germany; while Lewis isn’t focused on making much of a political statement, it’s a refreshing backdrop for the rest of the film.

Unfortunately, The Return of the Vampire‘s successes stop there. Despite some stock war footage, the film isn’t very thrilling and it misses the mark more than it hits. As previously stated, an aloof Lugosi has no opportunity to save the somewhat dull plot. The moody graveyards and Andreas the Wolfman are the only other engaging elements. While The Return of the Vampire isn’t the worst of Lugosi’s films, it certainly isn’t a movie that showcases his body of work.

Scream Factory has released The Return of the Vampire as a stand-alone film ahead of the forthcoming Karloff/Lugosi Collection, a precursor for what’s to come since this one is Lugosi on his own. Scream does not list a new transfer for this release, but others have compared the quality to a previous DVD release of the film and have found that there has been some clean-up done to the film to get rid of wobble, speckles, and other detritus. The picture quality does look quite good on this, with shadow effects and contrast taking center stage; while some scenes tend to veer too black, ultimately I’m happy with this film’s presence and only the occasional speckling and line damage pop up. Overall, it looks quite good and a vast improvement when compared to the included silent film version of The Return of the Vampire that has not been cleaned up.

Extra features include three new audio commentaries for the movie, each by a different film critic/historian. There’s value in having different perspectives from critics on this film, although perhaps three may be overkill since they do tend to focus on the same aspects of the movie. But all three, including Troy Howarth, Gary Don Rhodes, and Lee Gambin do a great job of leading commentaries and disseminating facts throughout the 70 minute runtime.

Also included is the silent 8mm version of The Return of the Vampire, which is basically a silent and extremely truncated version of the story. Theatrical trailer and still gallery are also included.

The Return of the Vampire is not a film for everyone, but fans of Universal horror films and Lugosi pictures will certainly want to collect this one in a nice format. Scream Factory has done a nice job cleaning up the picture and they’ve included a surprising number of extras for a film of this age, even if most of them are audio commentaries.

Be sure to check out our gallery for many more screenshots of The Return of the Vampire.