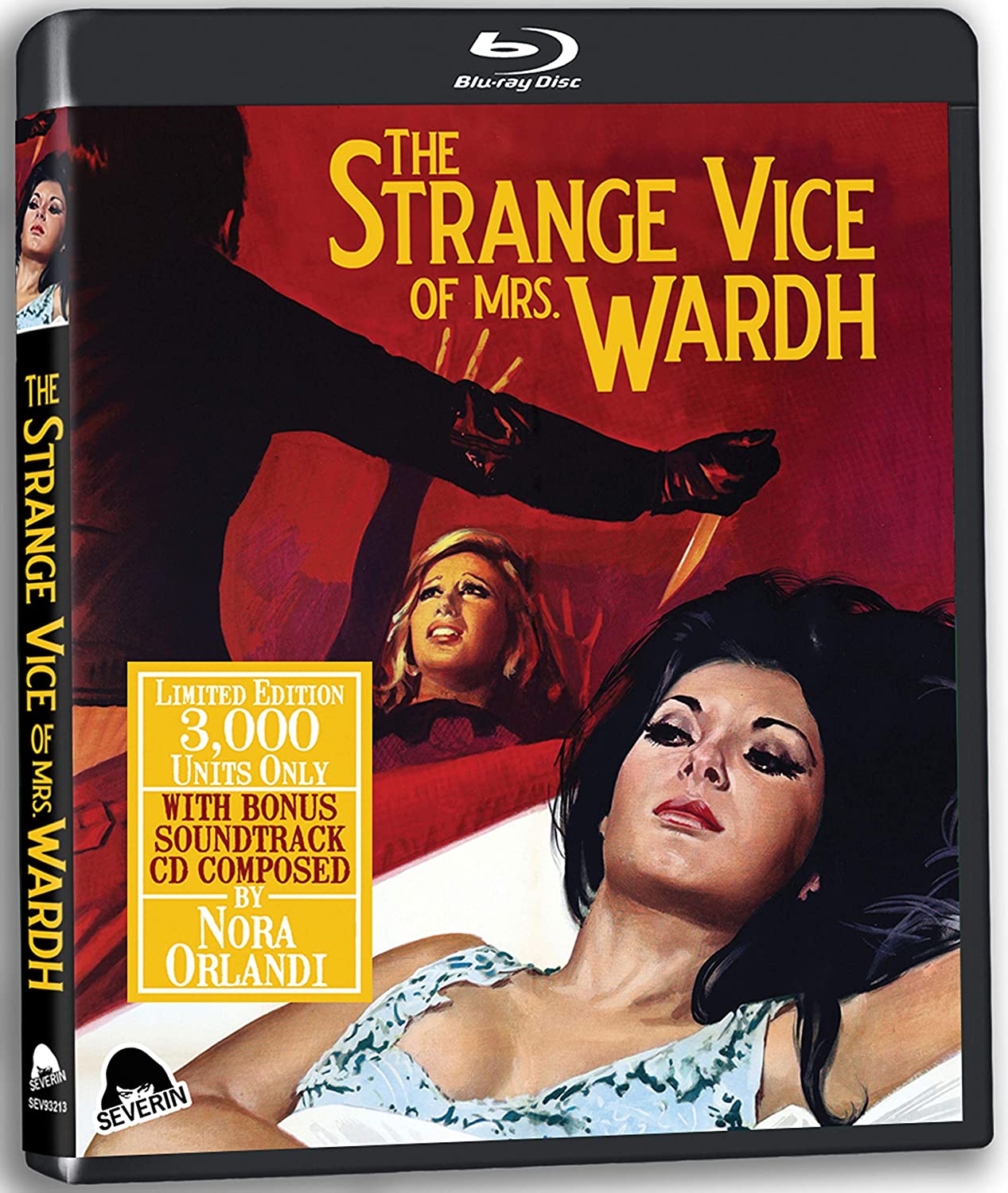 Blood both arouses and repulses her

Before any of Sergio Martino’s more well-known giallo works (Your Vice is a Locked Room and Only I Have the Key, All the Colors of the Dark, Torso), there was The Strange Vice of Mrs. Wardh. It was his second major work after the spaghetti western Arizona Colt, Hired Gun, working from a screenplay by giallo/western staples Ernesto Gastaldi an Eduardo Manzanos, and it certainly is a twisty debut for the director. Following the story of the titular Julie Wardh (Edwige Fenech) and her smattering of lovers, this murder mystery incorporates a black-gloved serial killer, BDSM situations, and two characters coming back from the dead to provide a solid early entry in the genre.

Fenech’s Julie Wardh is the dissatisfied wife of a political diplomat (Alberto de Mendoza), who steps outside of her marriage to fulfill her desires. Chiefly that happened in the past with her ex-lover Jean (Ivan Rassimov), a man who honed her vices – namely, pain mixed with pleasure – who now can’t seem to let her go. But throughout the film she also falls in love with the dashing George (George Hilton), a man who even whisks her away to Spain to avoid the ongoing harrassment she’s been receiving amongst sexually-motivated murders perpetrated by a maniac on the prowl.

The Strange Vice of Mrs. Wardh has a lot going on, and Martino does his best to keep the direction moving forward while attempting to manage it all. Early on, the film seems to lack a focus – there are cutaways to the maniac’s killings, and obvious flashbacks to Julie Wardh’s infidelities that provoked her “strange vice,” but the plot seems to meander for a bit before it really takes shape. Once the film centers around Julie and leaves behind the explicit serial killer storyline, things lock right into place.

It’s difficult to review The Strange Vice of Mrs. Wardh‘s main storyline without giving some of the twists away, which is why I want to be fairly generic so as not to spoil anything for readers. The development of the characters in Julie’s life, though, is quite well-done, and the film’s killings begin to make more sense the longer the storyline evolves. It leads to a breathtaking ending aided by a thrilling score from Nora Orlandi that feels like a triumphant serving of justice.

The film features some great cinematography as well, from creative camera shots to lovely locale settings and lush outdoor shots. Stylish murder setups add to the film’s suspense, particularly the chase sequence with poor Carol (Conchita Airoldi). Fenech is lovely as always and showcases quite a bit of pathos and, you know, a lot of her body too.

Fans of gialli should love the slow but climactic build in the film, all leading to a twisty finale. Some might find Martino’s direction a bit too languid, but no more so than other gialli of the period. Though Martino has crafted some fine films in the genre, The Strange Vice of Mrs. Wardh might be his most impressive work.

CHECK OUT
Extensive screenshots from this Blu-ray.

Severin Films has released The Strange Vice of Mrs. Wardh on Blu-ray with a new 4k scan of the film’s internegative, and the results are best described as inconsistent. This film has had multiple releases over the years, including a German FilmArt Blu-ray and a subsequent Shameless disc. Severin’s is the only one that actually identifies the source used, and the quality is surprising coming from a 4k scan. It is certainly possible that there was a problematic source involved, but what viewers will find is that overall, this Blu-ray is quite soft and lacking detail. Grain is inconsistent and dark scenes often suffer from an extremely obstructed grain scale; this occurs even during transitions from light to dark. Most notable in dark sequences is an issue with flicker as well towards the sides of the frame, with some distortion of color. There’s a darker portion toward the beginning of the film that features a prominent blue line through the shot.

While a good part of the film retains this softness, there are other scenes that have a mitigated grain scale and overall much more depth; these tend to be brighter shots and they look more in line with FilmArt’s past Blu-ray release. Ultimately, we don’t know what FilmArt used for their transfer, and I also do not have that Blu-ray to do a fine comparison to see if there is evidence of sharpening. But going off of Severin’s transfer, it is somewhat disappointing to see these results from what is noted as a 4k transfer.

Again, there is certainly a possibility that the internegative was in rough shape; it just doesn’t seem to do Martino’s visuals justice here and will most likely prove to be a point of contention for buyers picking up this release.

Audio features both a DTS-HD mono English and Italian track; both sound good, with the English being the default choice. Occasionally the English does have a bit of audible hiss. English subtitles are included for both tracks as well.

The real draw for this new Blu-ray, though, is its extra features, containing a few new interviews, archival elements, and an audio commentary from Kat Ellinger to give additional depth to the release. Sergio Martino talks for over 40 minutes about the film in-depth and also about some of his other gialli; Ernesto Gastaldi also provides a 20-minute interview about writing the script and some behind-the-scenes info about inclusions and cuts, as well as what he thinks is the most successful part of the film. There’s a 20-minute divided interview between the belated George Hilton and historian Antonio Bruschini about the context of the movie. A previously-shot archival interview with Edwige Fenech is ported over, as well as an the film’s trailer. Hilton also gives a quick introduction to the movie.

Included in limited editions is a second disc containing a CD version of the film’s soundtrack, which is a great inclusion for fans of Nora Orlandi’s score. If you bought the limited Severin site version, you may have also received a comic along with it.

Overall, while the video quality of The Strange Vice of Mrs. Wardh is something of a misfire – not better than FilmArt’s and maybe of similar quality to the previous Shameless release – the new extras on this disc just might make it worth it for buyers, especially if they don’t already own a previous version or don’t want to mess around with imports. 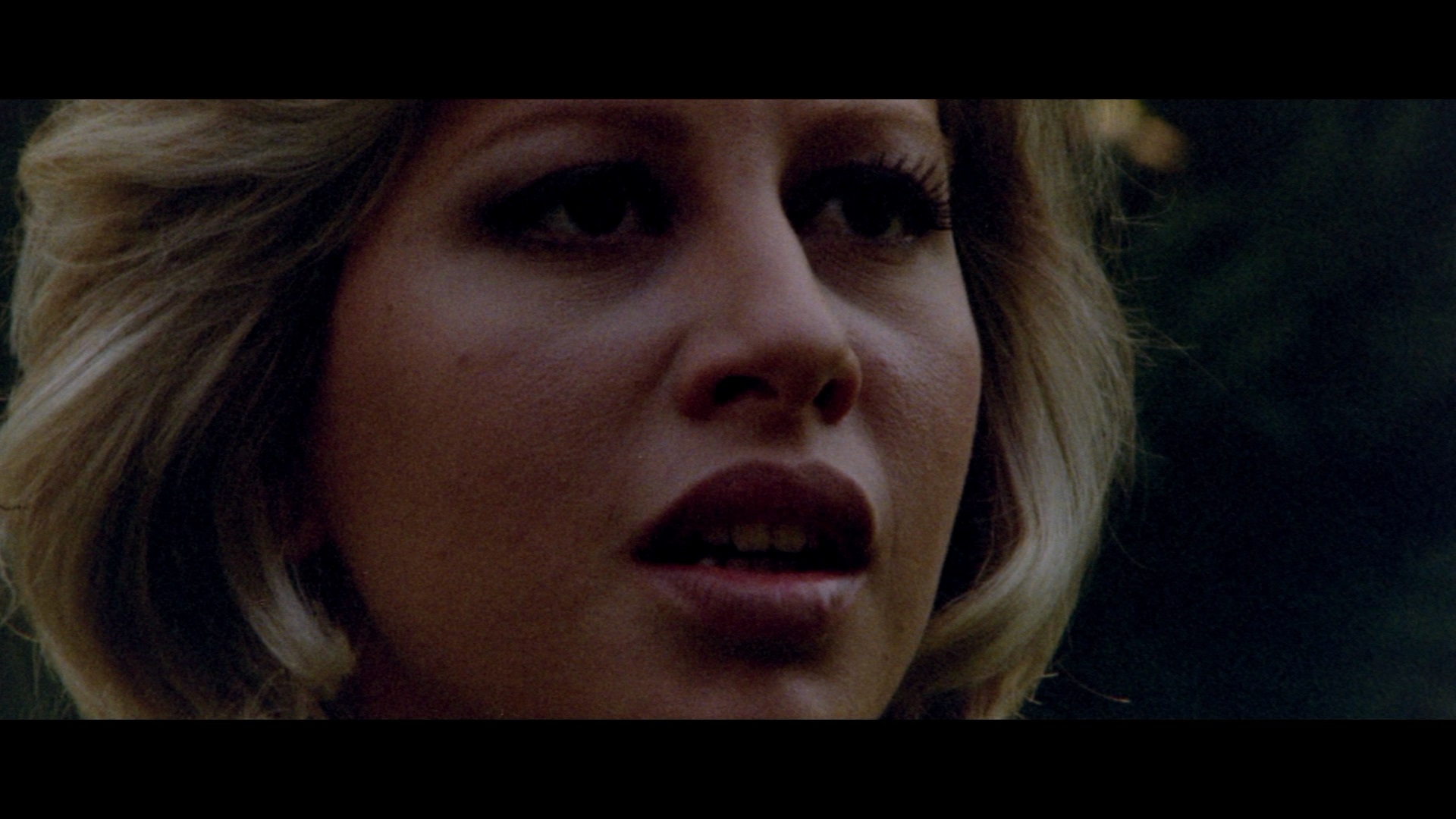 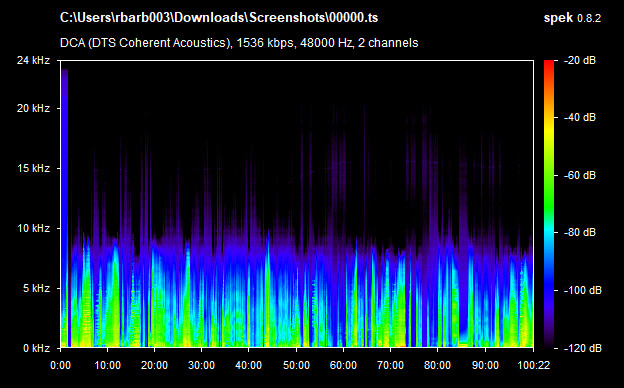 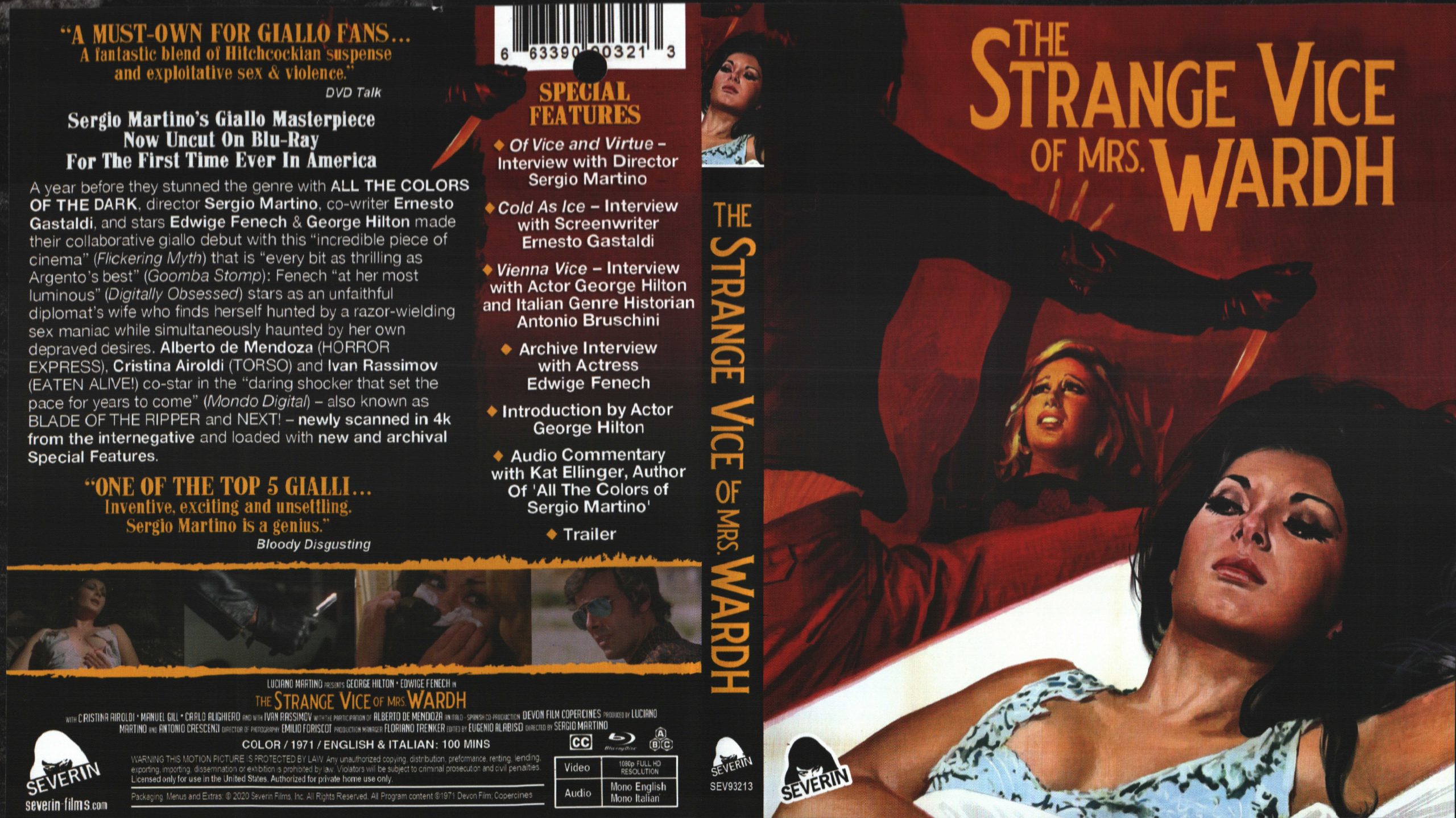 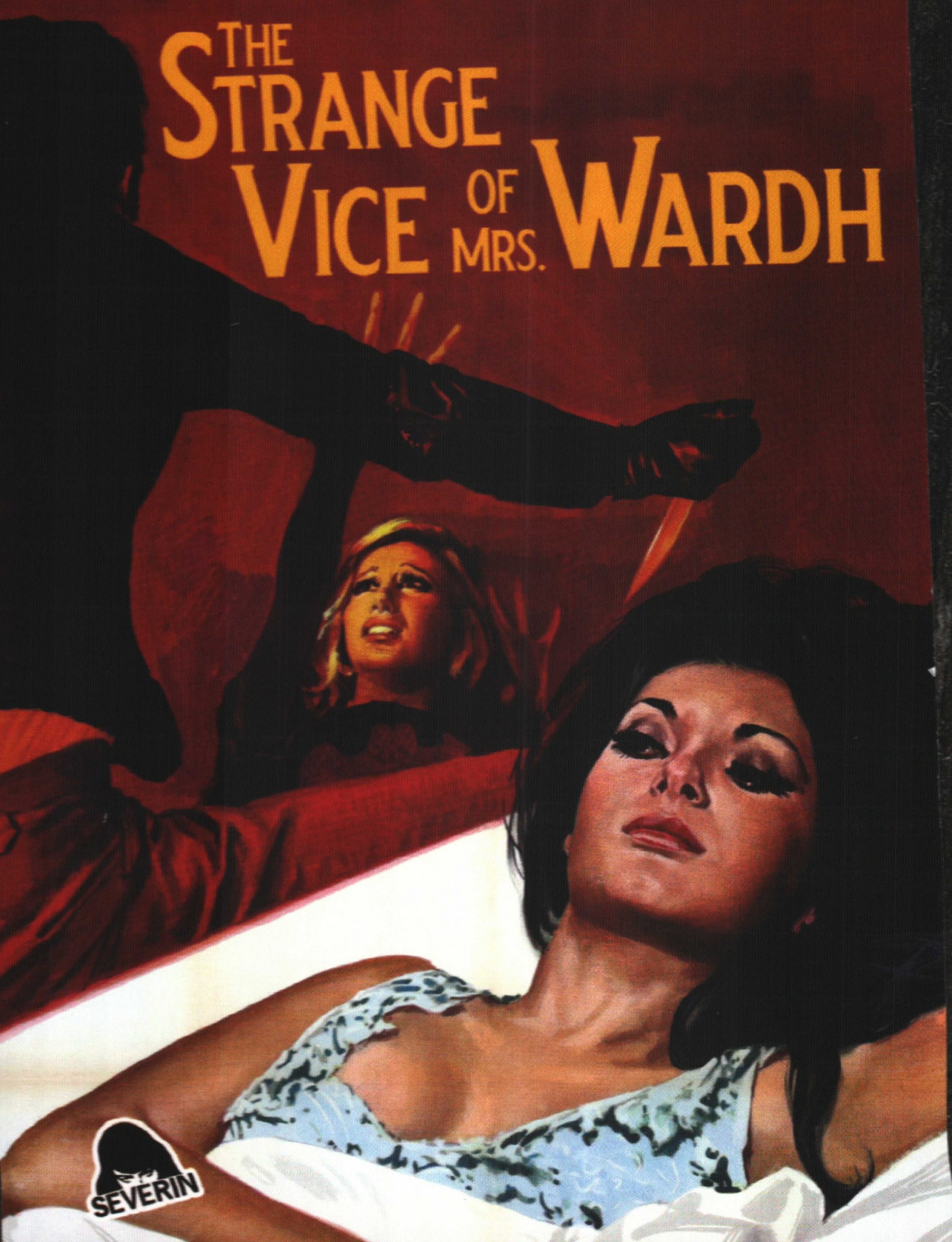