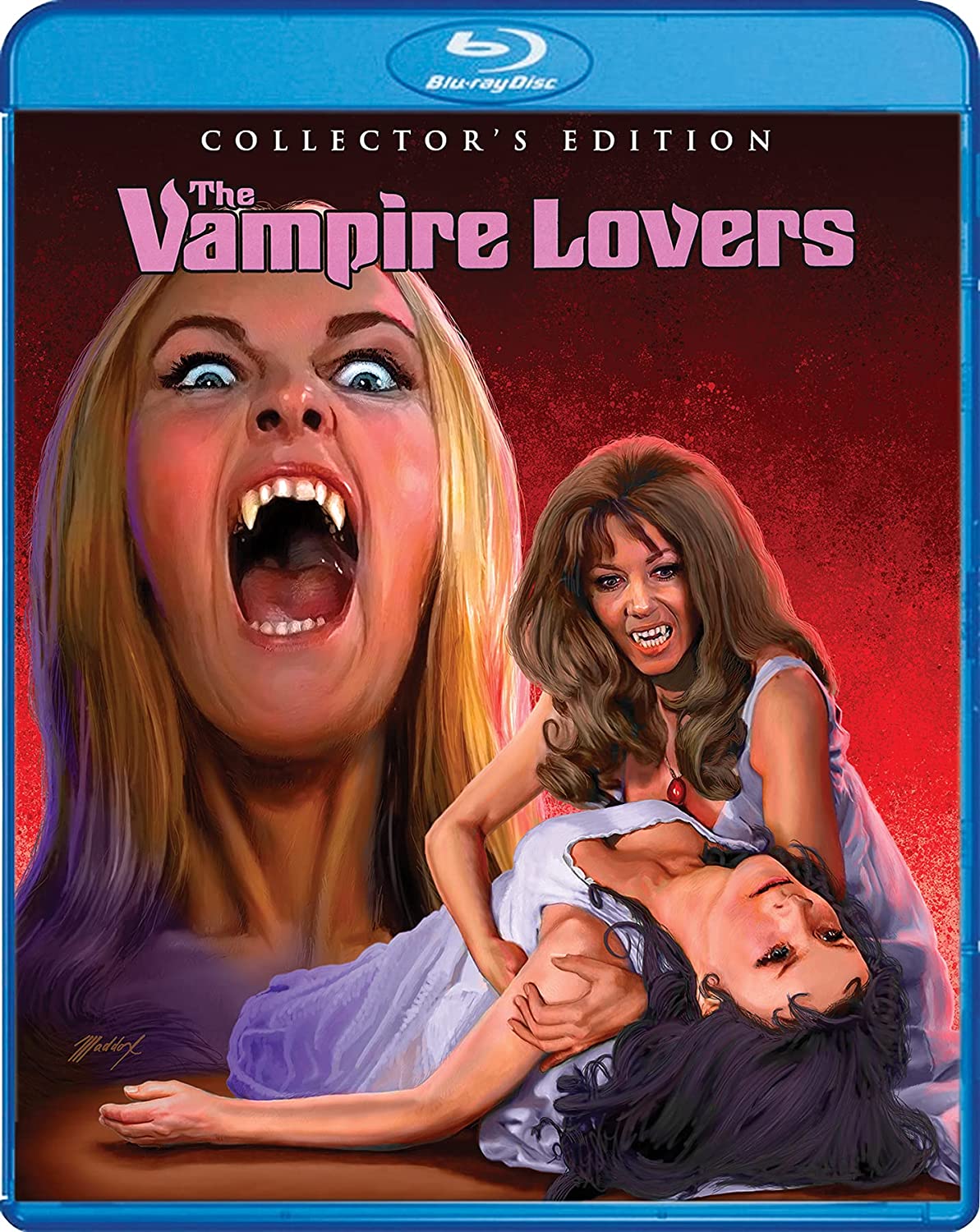 Ingrid Pitt can make any woman a lesbian

Before there was Lust for a Vampire or Twins of Evil, there was the Roy Ward Baker-directed The Vampire Lovers released in 1970. Here was the start of Hammer’s lesbian vampire trilogy featuring the Karnsteins, a clan of vampires making life a living hell for residents of the Austrian town of Styria. The films particularly focus on Mircalla/Carmilla/Marcilla (Ingrid Pitt), thought to be the sole living Karnstein vampire who, in this film, infiltrates two different houses in Styria to feast on the young females that reside there.

Ultimately The Vampire Lovers is split into two parts; the first finds Marcilla staying at the General’s (Peter Cushing) abode, wherein she succeeds in completely draining the life from Laura (Pippa Steele) after giving her a series of nightmares throughout the stay. Once Laura dies, Marcilla flees into the night and eventually does the same bait-and-switch with Morton’s (George Cole) household, except this time as Carmilla. She also unexpectedly falls in love with the (admittedly beautiful) Emma (Madeline Smith), so despite draining her blood, she’s also very conflicted about the whole thing!

The film opens with quite a shocking display of visceral violence, set in the past at the Karnstein castle as a lovely female vampire is dispatched with haste via decapitation. It’s a startling way to kick things off, and the pacing in The Vampire Lovers continues to impress thanks to the two-part exploration of Carmilla/Marcilla’s bloodsucking methods. Baker understands exactly what makes the film’s storyline – written by Tudor Gates – work: beautiful women, T&A, nuanced violence, all in combination with a sexy depiction of the vampire mythos.

The Vampire Lovers doesn’t do anything too differently from subsequent entries in the series, but its main protagonists pull the viewer’s attention. Pitt is excellent as the mysterious vampiress, sultry and smoldering with just the right amount of ambiguous intentions. Smith’s Emma is perfectly naive and waif-like, a great foil to Pitt’s knowledgeable character contrasting her centuries of experience with Emma’s lack of worldliness. Together, they simmer onscreen as the (abusive?) romance blossoms.

While it’s not exactly clear what Carmilla is hoping to gain here – she wants to bring Emma back to her tomb, but the reasons why are left up to the viewer – The Vampire Lovers incorporates a great sidestory about the servants around Emma who attempt to protect her at all costs, only to  succumb to Carmilla’s seductions. This adds to the power that Carmilla possesses; she’s so enchanting that no man or woman can resist her, and her interest is simply calculated to get what she wants. In the process, it also strengthens the relationship between Carmilla and Emma, because Carmilla is unable to sway the hold Emma has over her heart. Leave it to Hammer to conjure up real lesbian passion.

The Vampire Lovers is a great vampire movie, but its focus on controversial lesbianism heightens this above even the later Karnstein films. Here, Baker is able to manage both the stylistic violence and the eroticism of two very beautiful women in a problematic relationship, making it one of the best vampire films Hammer ever produced.

Scream Factory has brought The Vampire Lovers to Blu-ray as a Collector’s Edition release to join their previous Lust for a Vampire offering; this was originally released on Blu-ray by the company back in 2013 with a dated transfer. The film gets a new 4K transfer from the original camera negative in 1.85:1 aspect ratio. Immediately apparent is a marked improvement on the old transfer, with an overall stronger level of detail especially apparent in closeup shots. The grain is medium-bodied which at times displays a bit of chunkiness in static backgrounds, but overall it is managed well especially considering the amount of fog effects used in the movie. Color timing is strong and vibrant, though reds seem a little too enhanced; this adds to some ruddy skin tone textures that differ significantly from the previous transfer and also tend to conflict with the peakedness that Emma should be displaying. However, other than that I found The Vampire Lovers to have a strong visual display that complements the impressive cinematography and mise en scene. Notably, upon release it was noted that this new Collector’s Edition was missing an additional scene of Ingrid Pitt getting out of the bath. A replacement disc is in process.

Scream Factory provides a DTS-HD Master Audio 2.0 mono track for this release that sounds excellent. No drops, volume issues, or notable artifacts can be found, and the overall dynamism is robust. English subtitles are also included.

Extra features include a few new offerings not found on their original release. A new audio commentary with Dr. Steve Haberman and film critic Constantine Nasr provides critical context and appreciation. A new audio essay entitled “The Rapture Of Cruelty: Carmilla In Classic Cinema” is read by Madeline Smith over the film’s presentation as an additional audio track, exploring cinema’s use of Carmilla throughout history. A new introduction and interview with Madeline Smith is also part of this Collector’s Edition, as well as Kim Newman’s critical expertise on Camilla. Finally, film historian Jonathan Rigby provides an interview regarding the merits of The Vampire Lovers. New bonus content totals about an hour, not counting the two audio tracks.

Also provided are all the extras featured on the previous Blu-ray release, including audio commentaries with Roy Ward Baker et. al, another with Marcus Hearn and Jonathan Rigby, a featurette on the film, a look at Hammer horror in the ’70s, an archival interview with Madeline Smith, a deleted shot of the beheading sequence, galleries, trailers, and a reading of Carmilla by Ingrid Pitt.

Also included is new reversible artwork and a slipcover as is the Collector’s Edition way.

Scream Factory has provided an exceptional new release of The Vampire Lovers that improves upon the previous transfer noticeably and offers up a number of new special features along with the old. Even if you previously purchased the 2013 release, fans will certainly want to double-dip here. 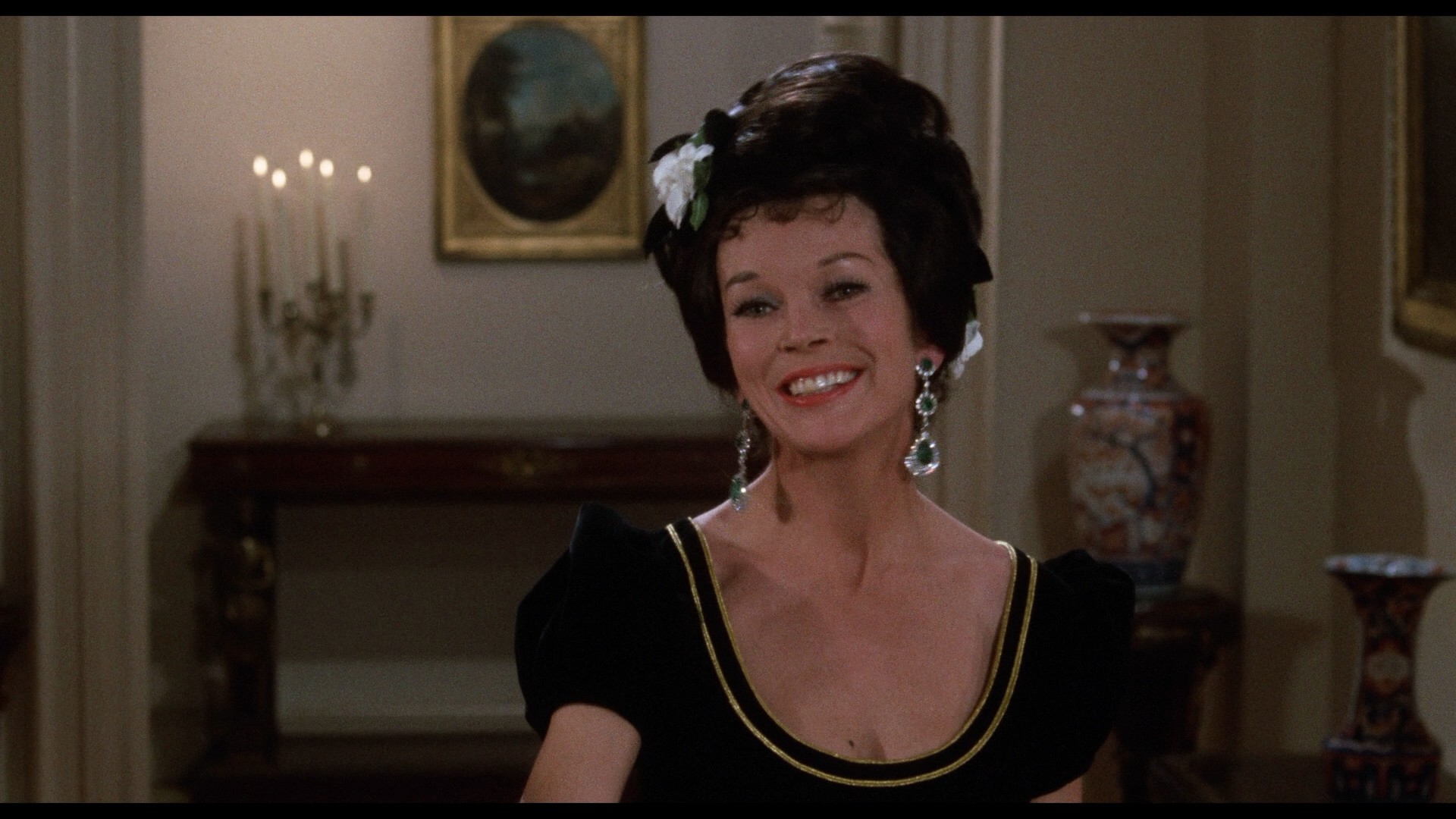 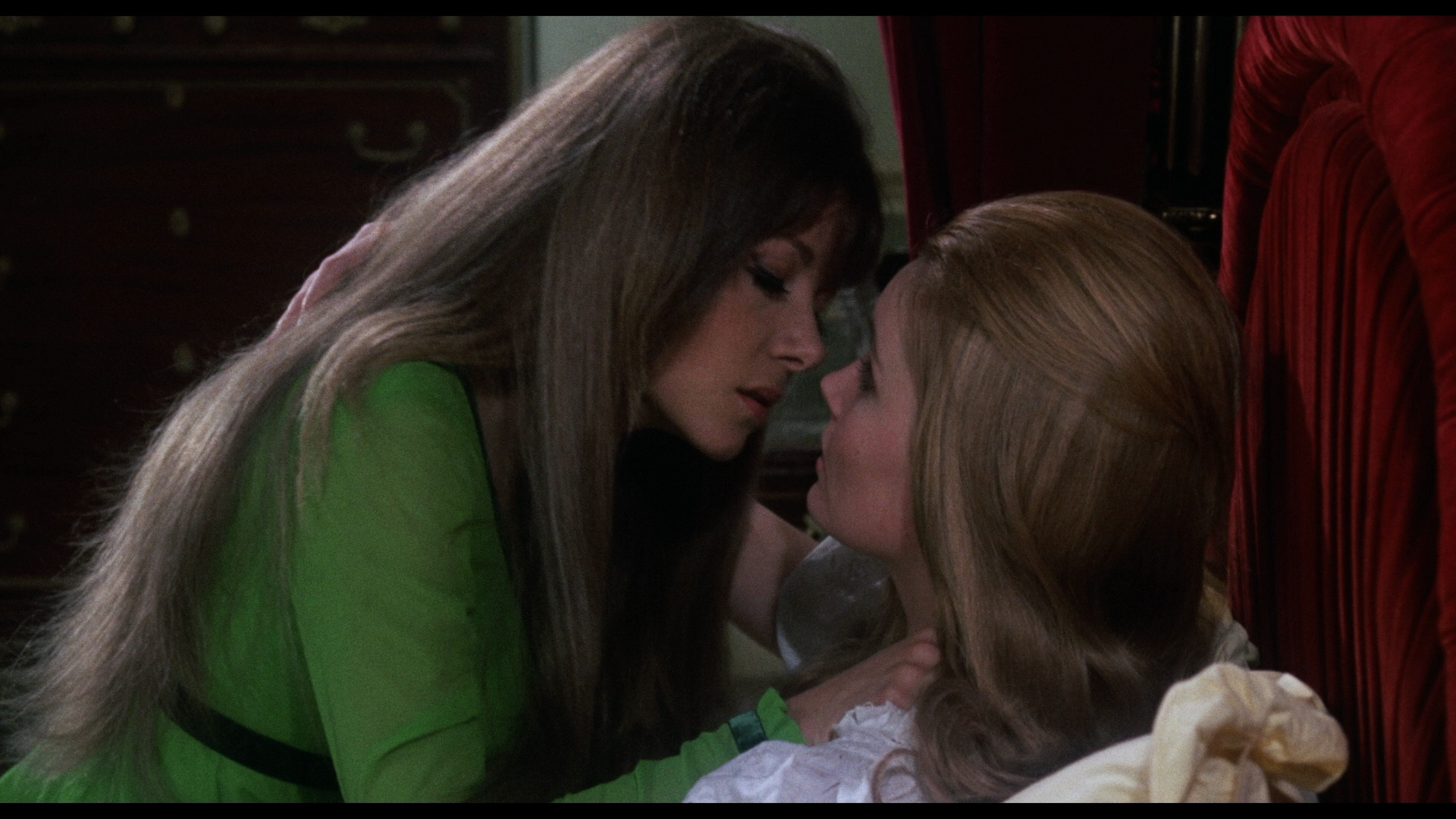 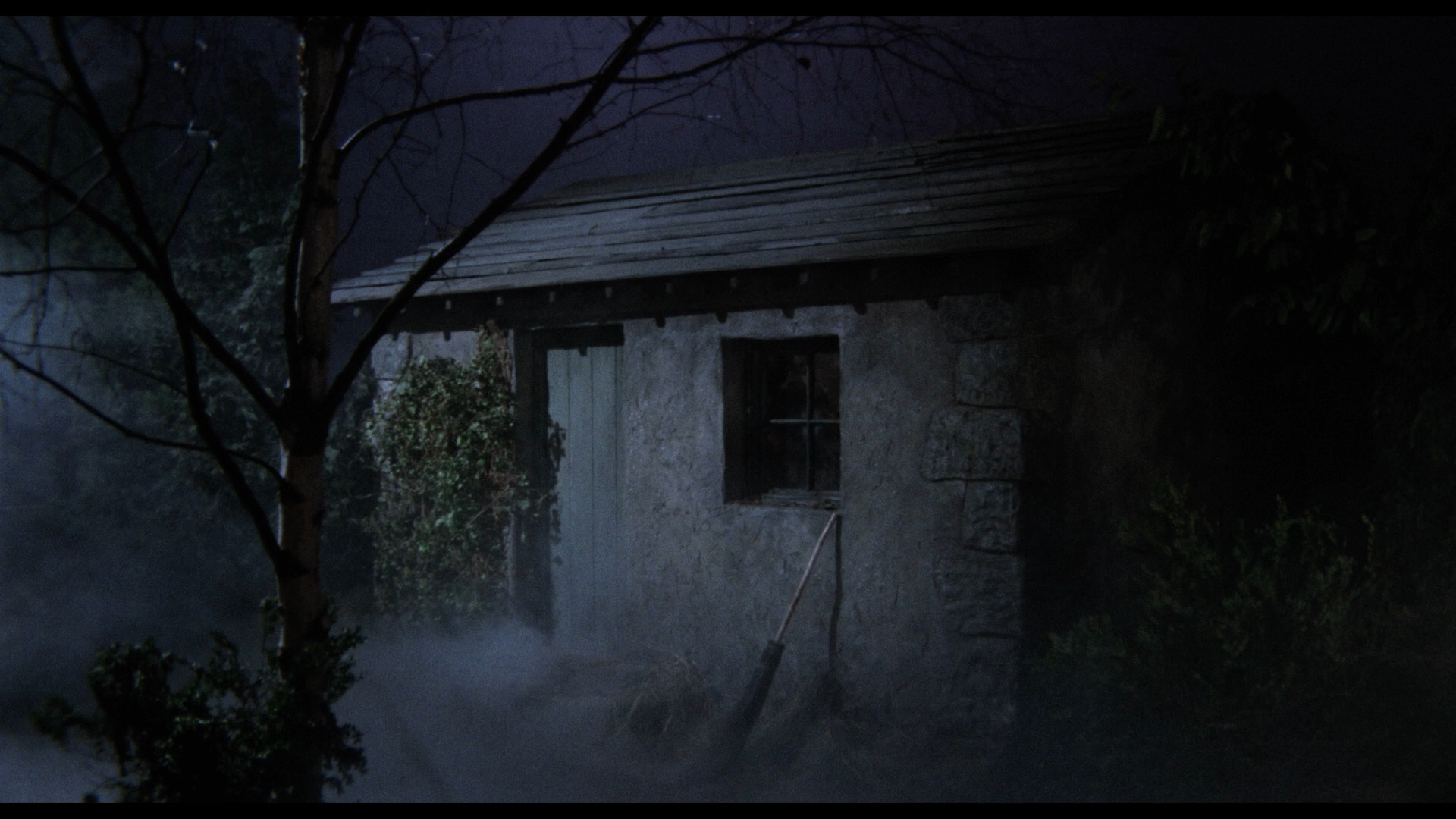 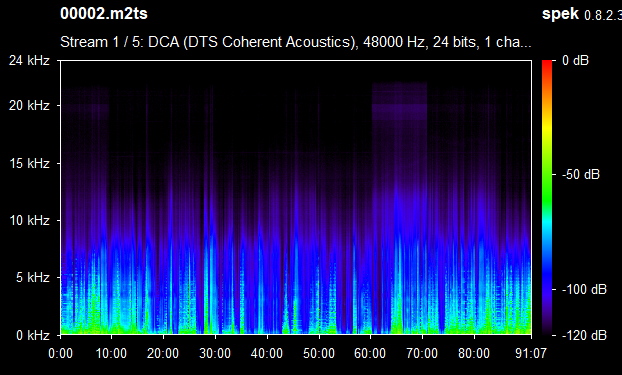 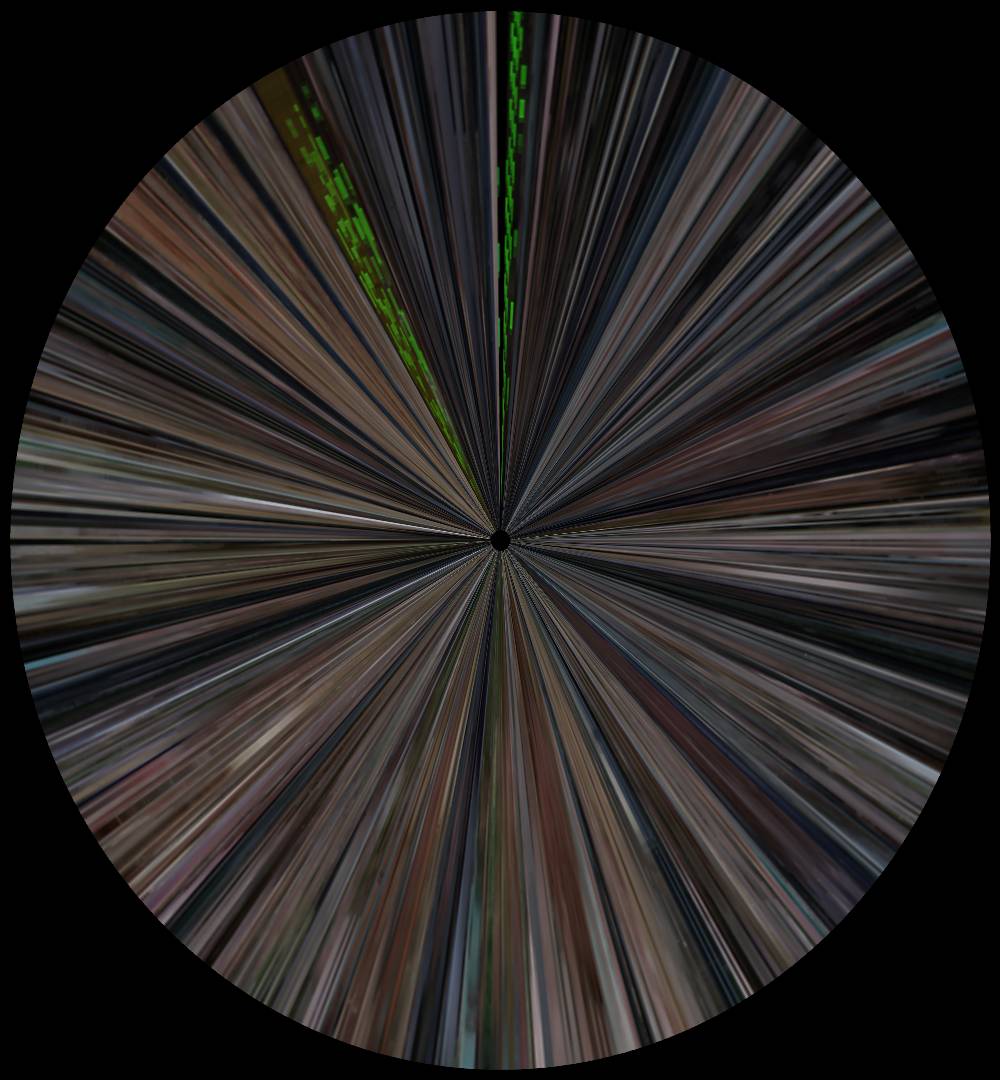 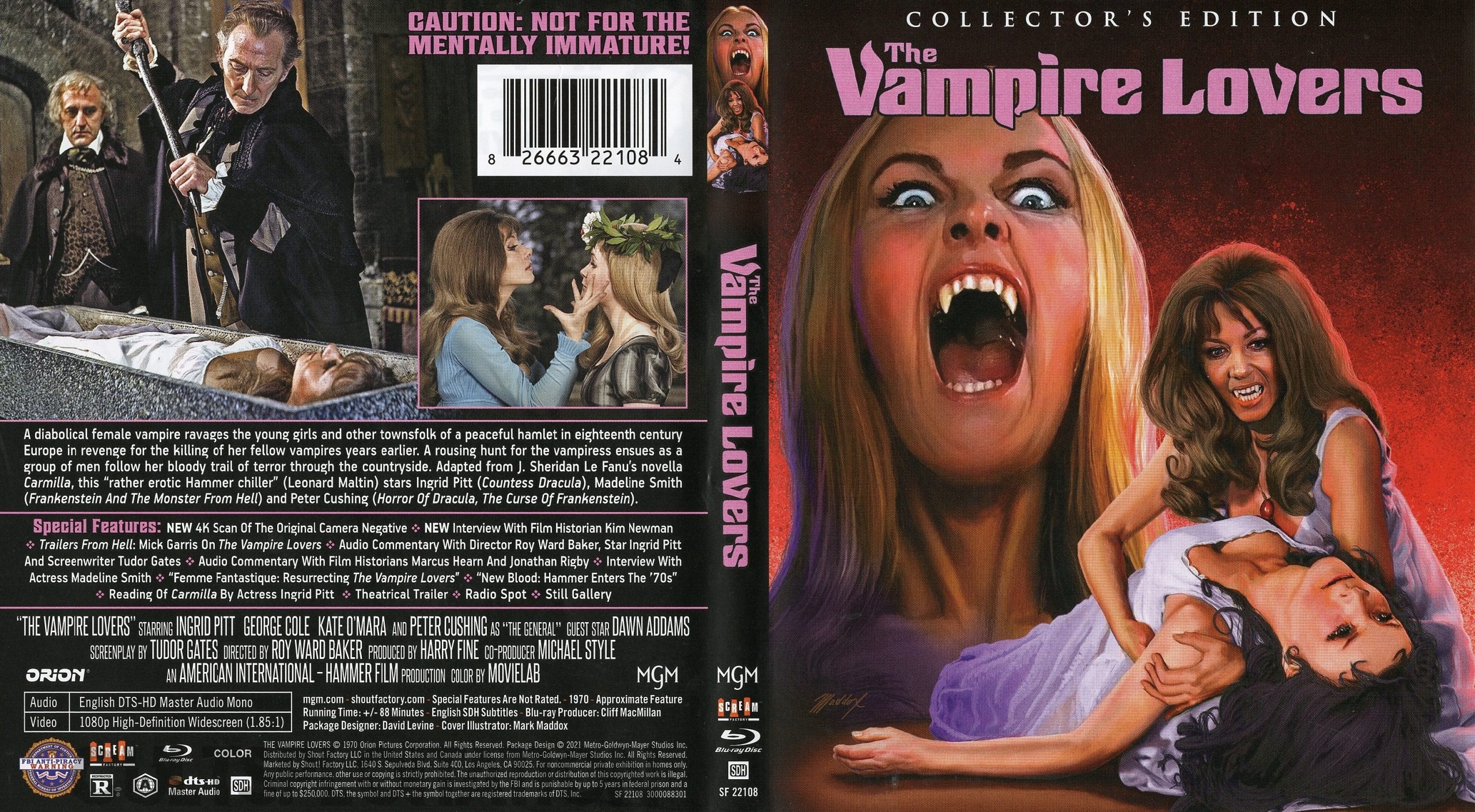 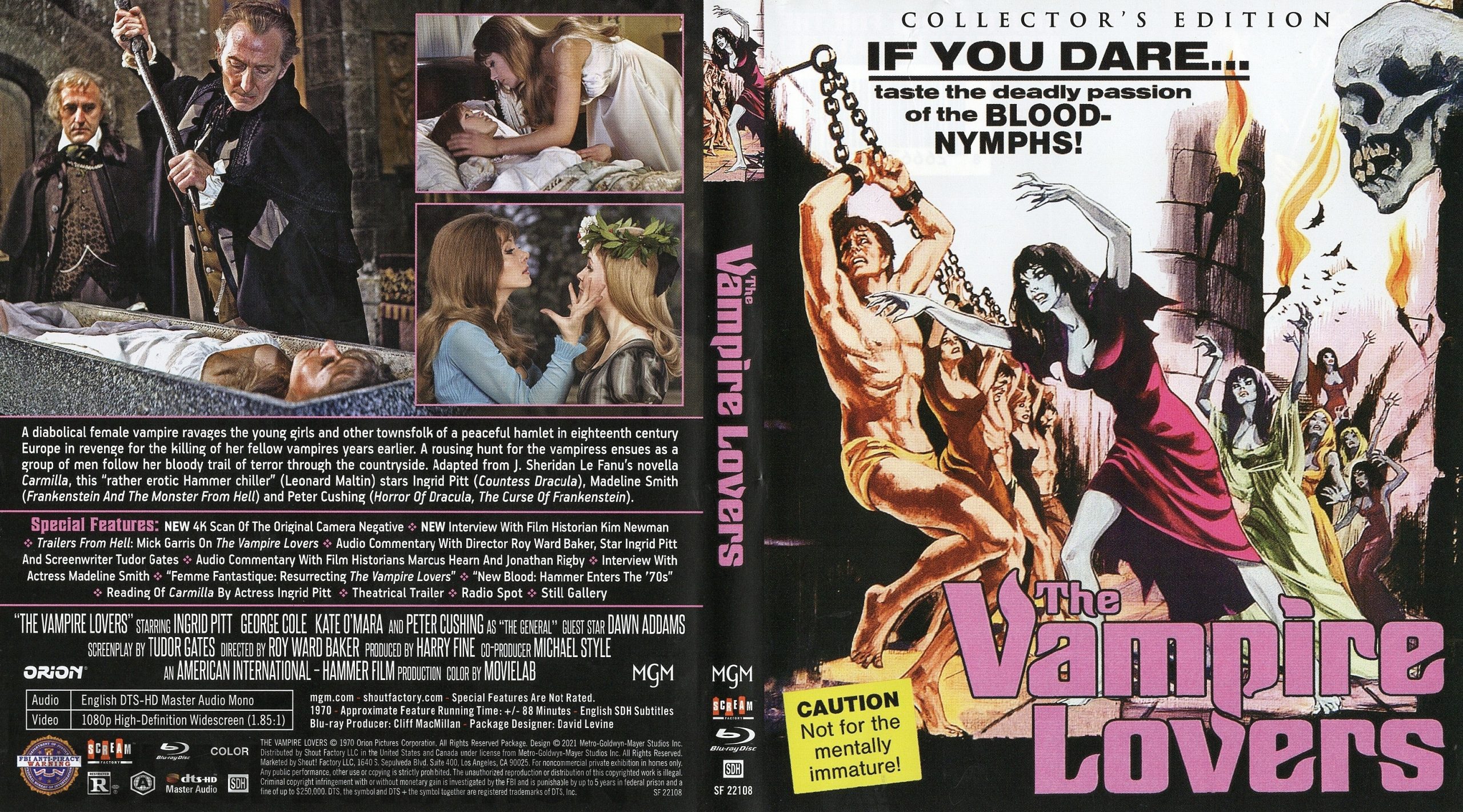 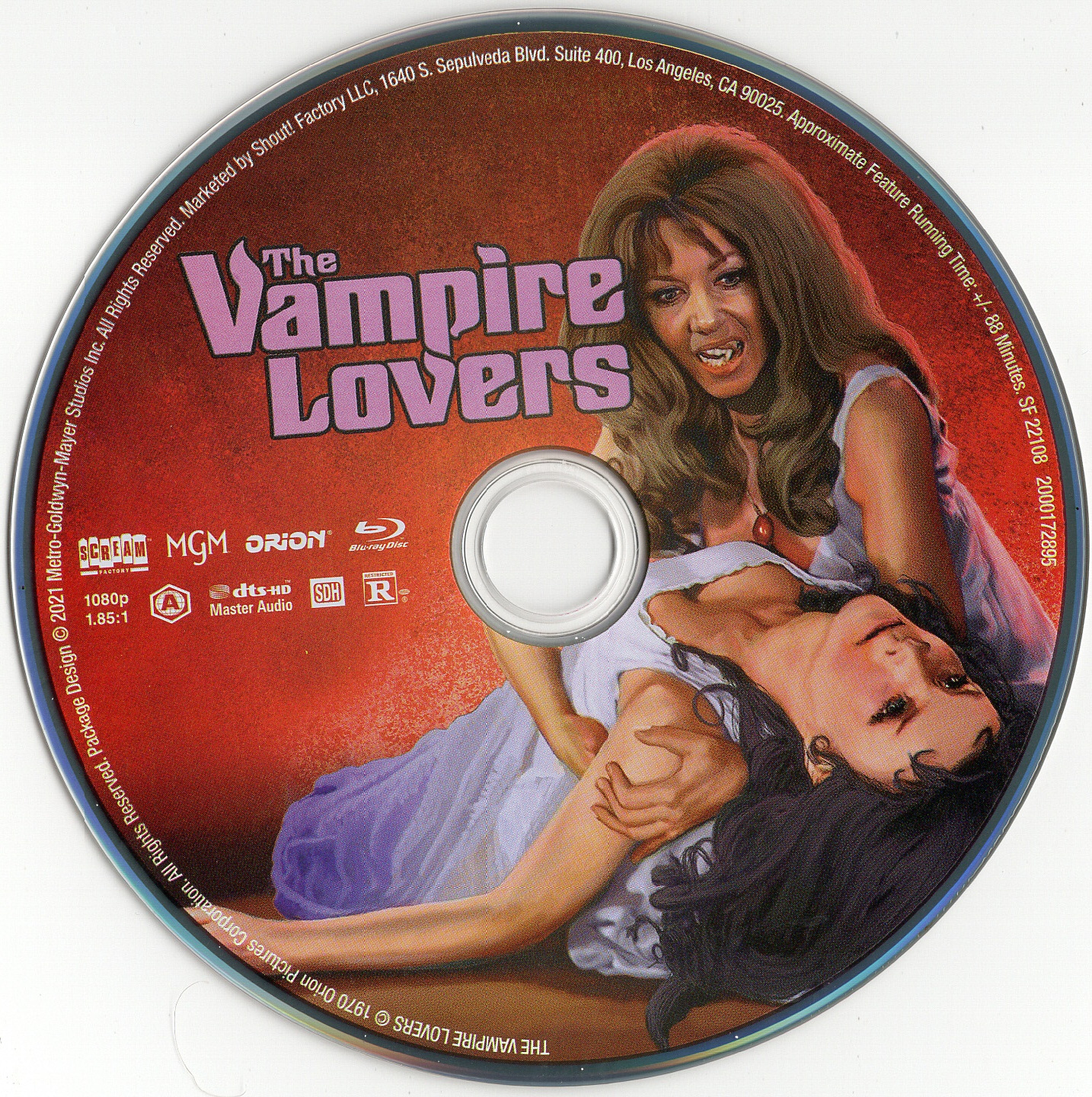