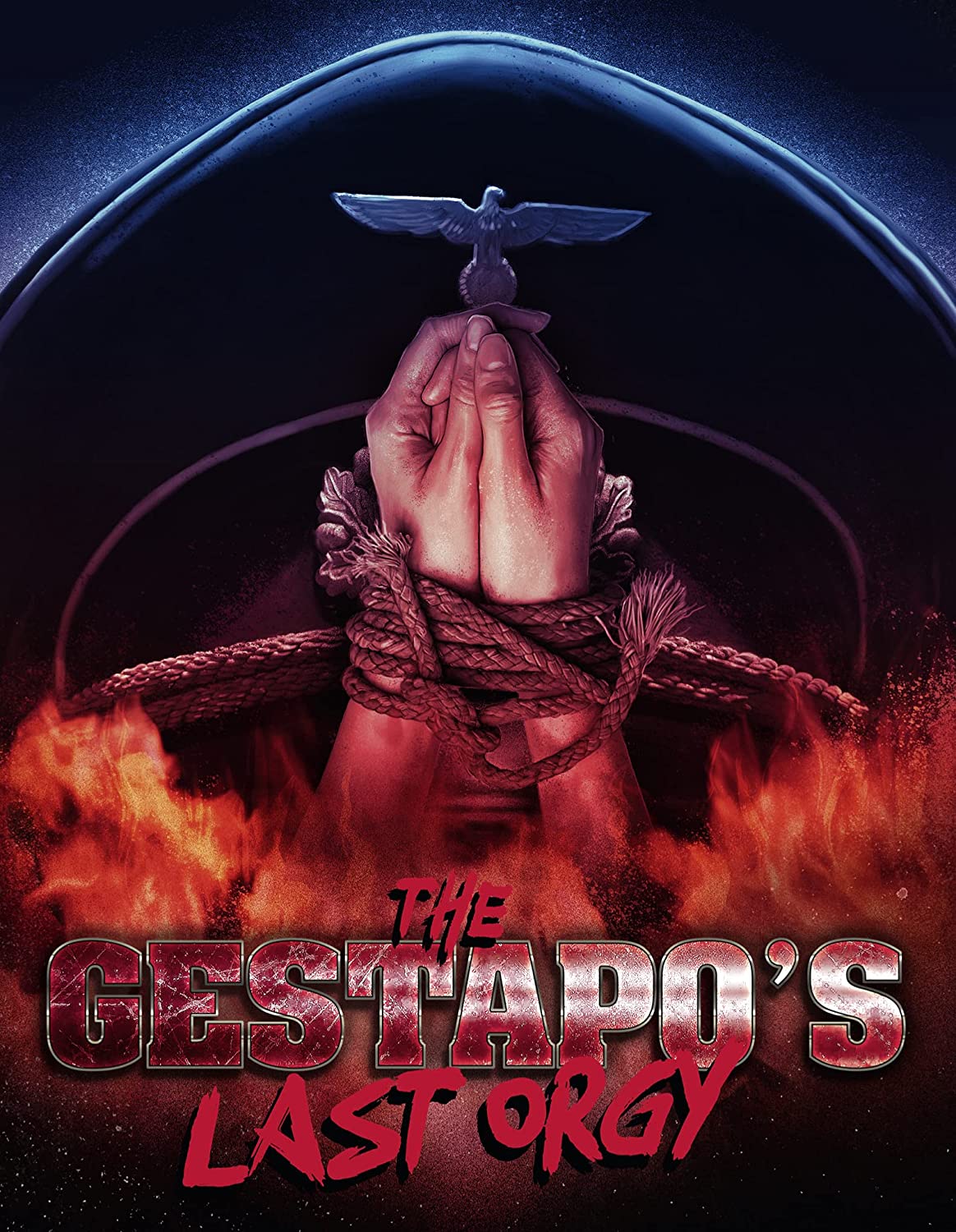 The film starts with Lise (Poggi) meeting up with her Nazi lover Conrad (Adriano Micantoni) at the ruins of the Nazi sex camp where she was held captive. From there we flashback to her time at the camp and the atrocities that she was subjected to. Women are raped in giant orgies, fed to dogs, forced to eat human excrement, burnt alive, thrown into lye pits, and probably the worst of all? Forced to stare at lots of hairy flaccid dicks. The movie jumps back and forth from present to past, but the present scenes are just Lise and Conrad walking around the ruins, only stopping to heavily pet each other. The real meat of the “story” is the flashbacks.

Although still banned in the UK, 88 Films has released the movie on Blu-ray for North American markets. The movie is presented with a new 2K scan of the original camera negative, and the results are quite nice. There are a few times where the quality tends to take a hit, especially during a dinner party scene, where it looks like the resolution dips. I only noticed it during this scene. Nowhere else in the film does it happen.

Audio is presented in both LPCM English and Italian with English subtitles. Like with all of these Italian productions, I take great pleasure in watching them dubbed as the results are usually awfully hilarious. The Gestapo’s Last Orgy is no different and is so poorly dubbed that at times I thought maybe my audio setup was causing a delay. Nope, it’s just that bad. The Italian track syncs up much better with the actors, and if you don’t want to be distracted by the out of sync issues with the English dubbing, I would suggest you choose the Italian track.

Extra features on the disc provided by 88 Films include two audio commentaries, one with critic and author Samm Deighan and the other with Italian movie specialists Troy Howarth and Nathaniel Thomson. Also included is a 24-minute appreciation of the work of composer Alberto Baldan Bembo by Pierpaolo de Sanctis, who goes through Bembo’s musical career, touching a bit on The Gestapo’s Last Orgy. There is also an 18-minute interview with Luigi Cozzi, who reminisces working with director Cesare Canevari. What I got out of that interview was Canevari was sex-crazed, and the Nazisploitation genre was his ticket to get all his depravities on screen. Rounding everything out is an alternate ending for the Italian release, which honestly is much better than the ending selected, and finally, an English trailer. 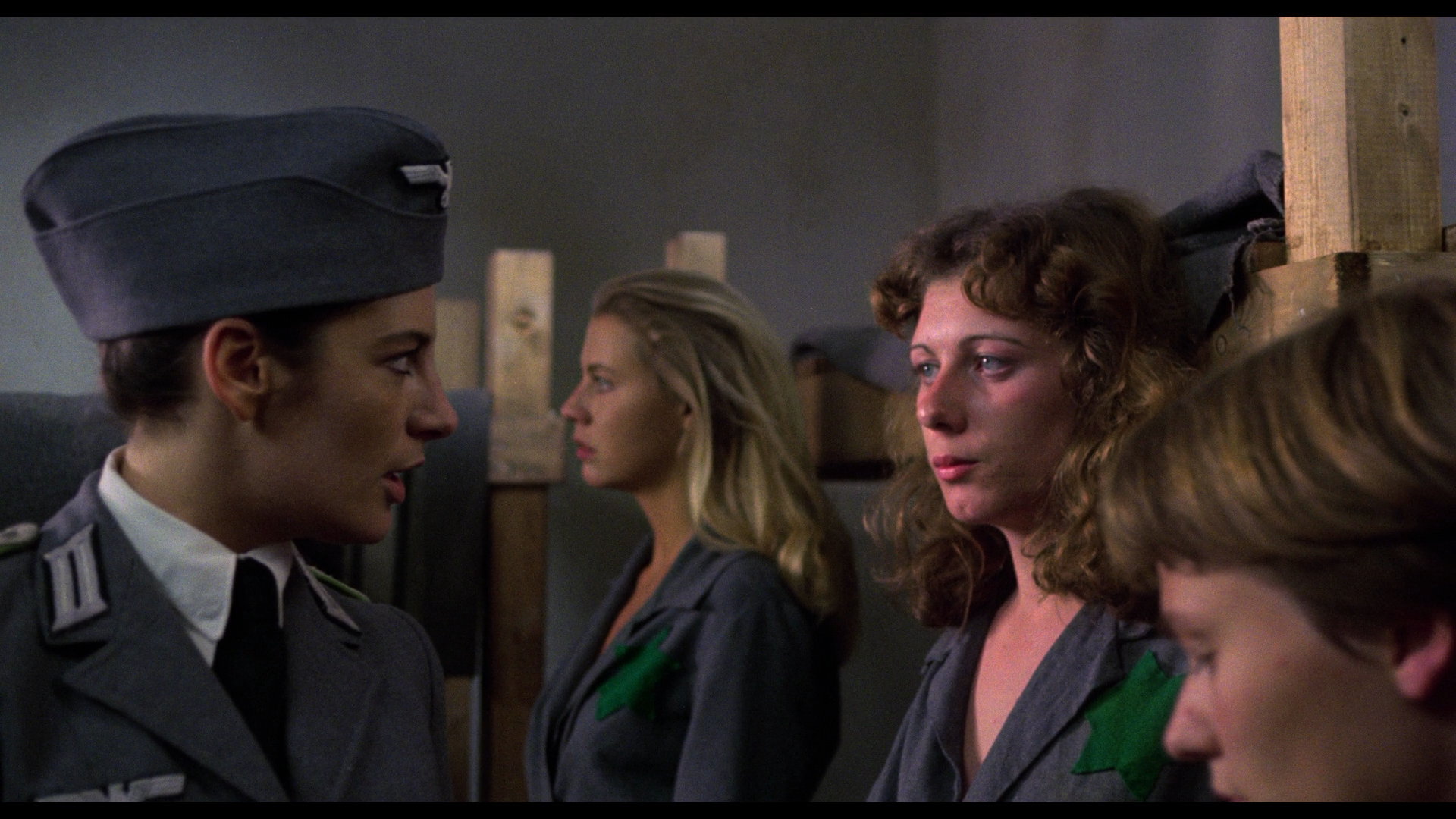 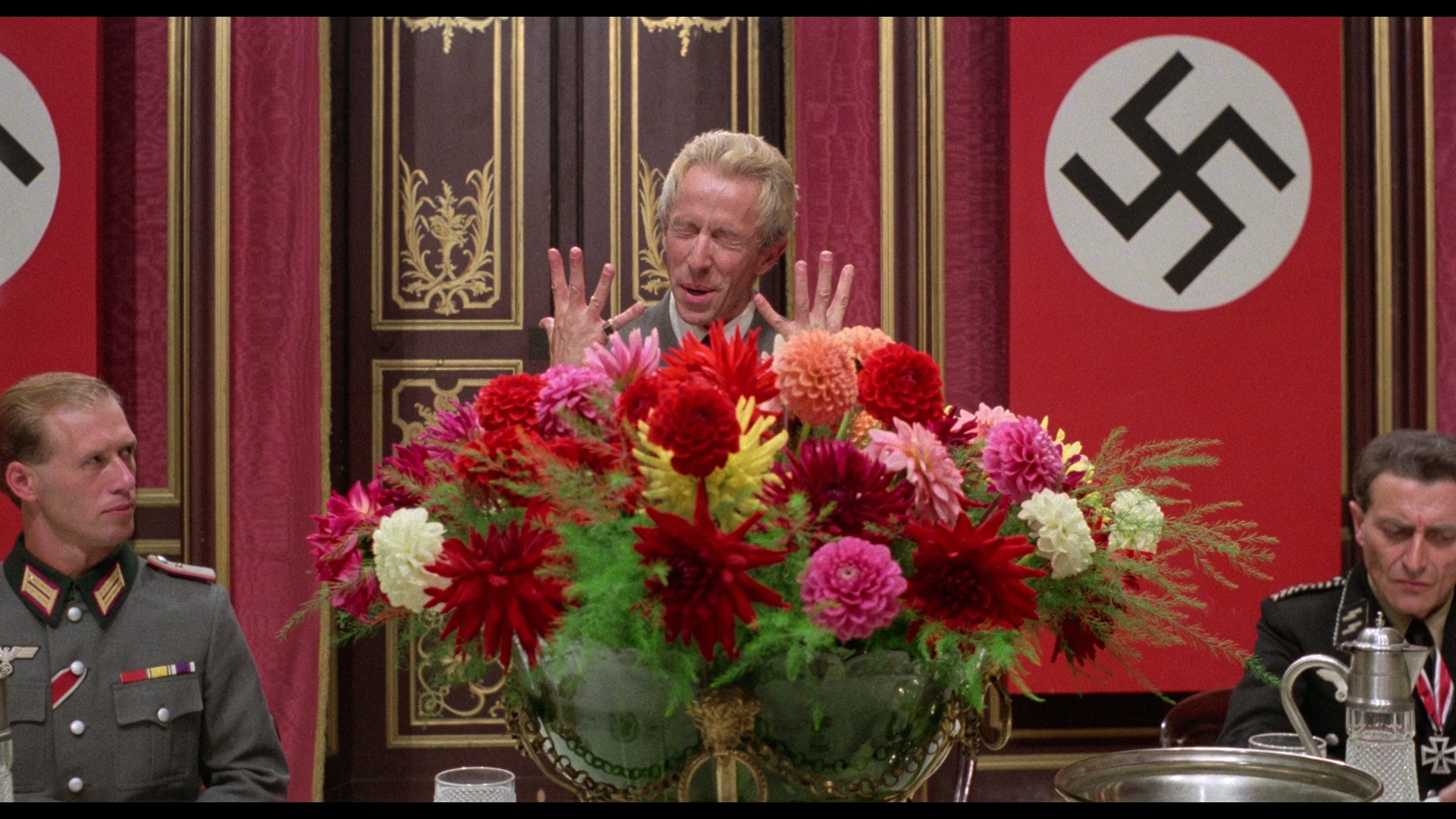 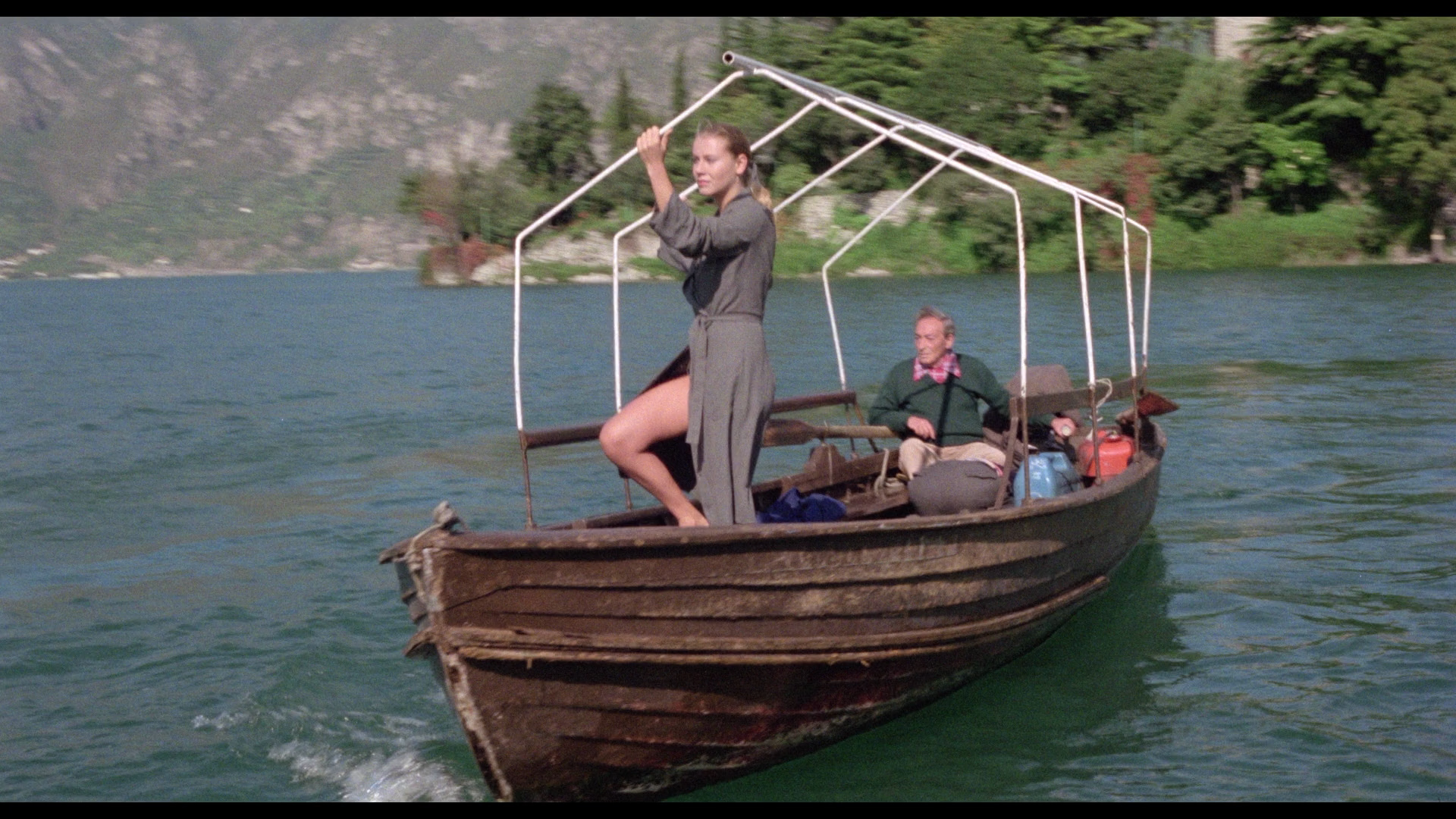 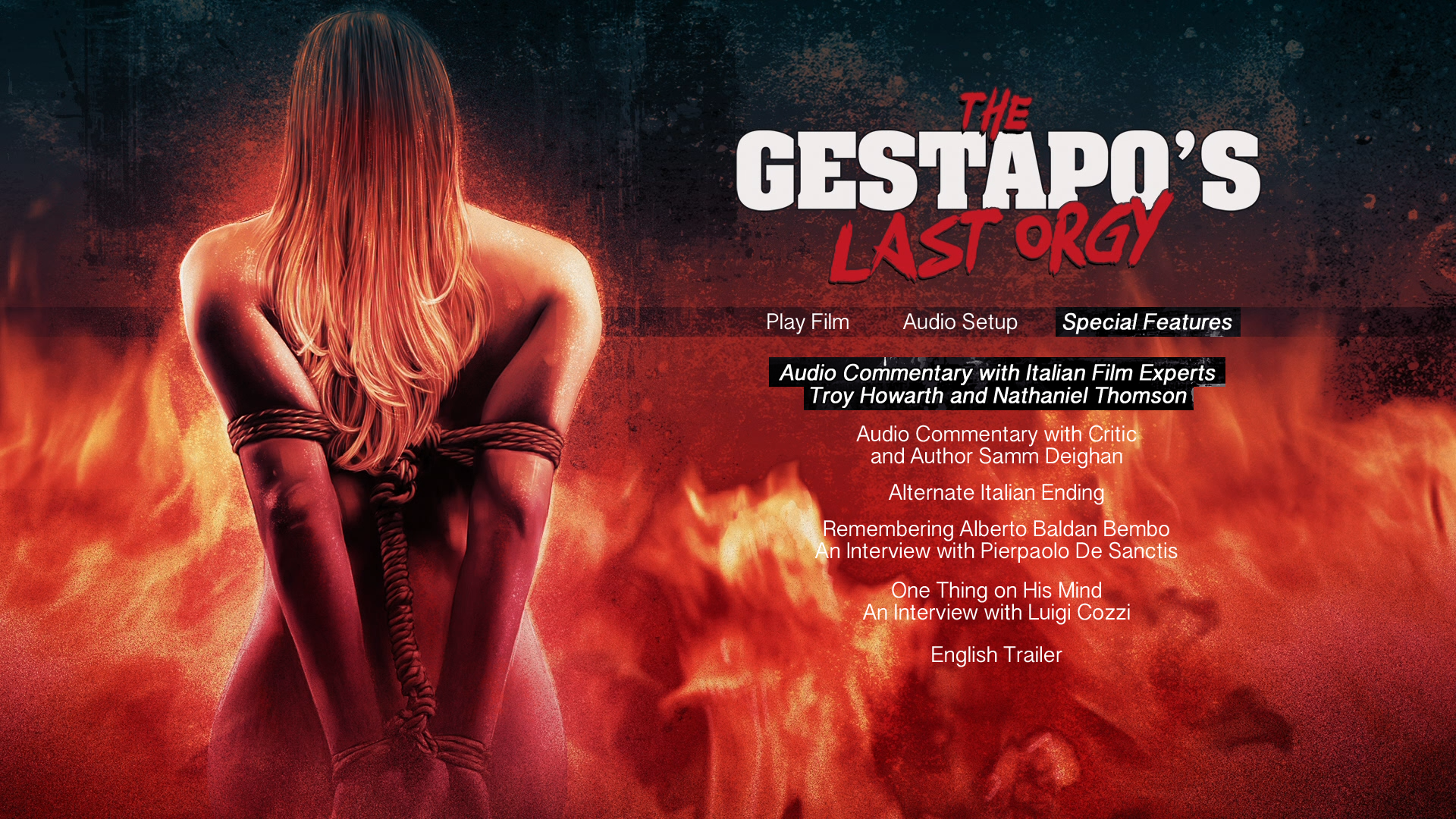 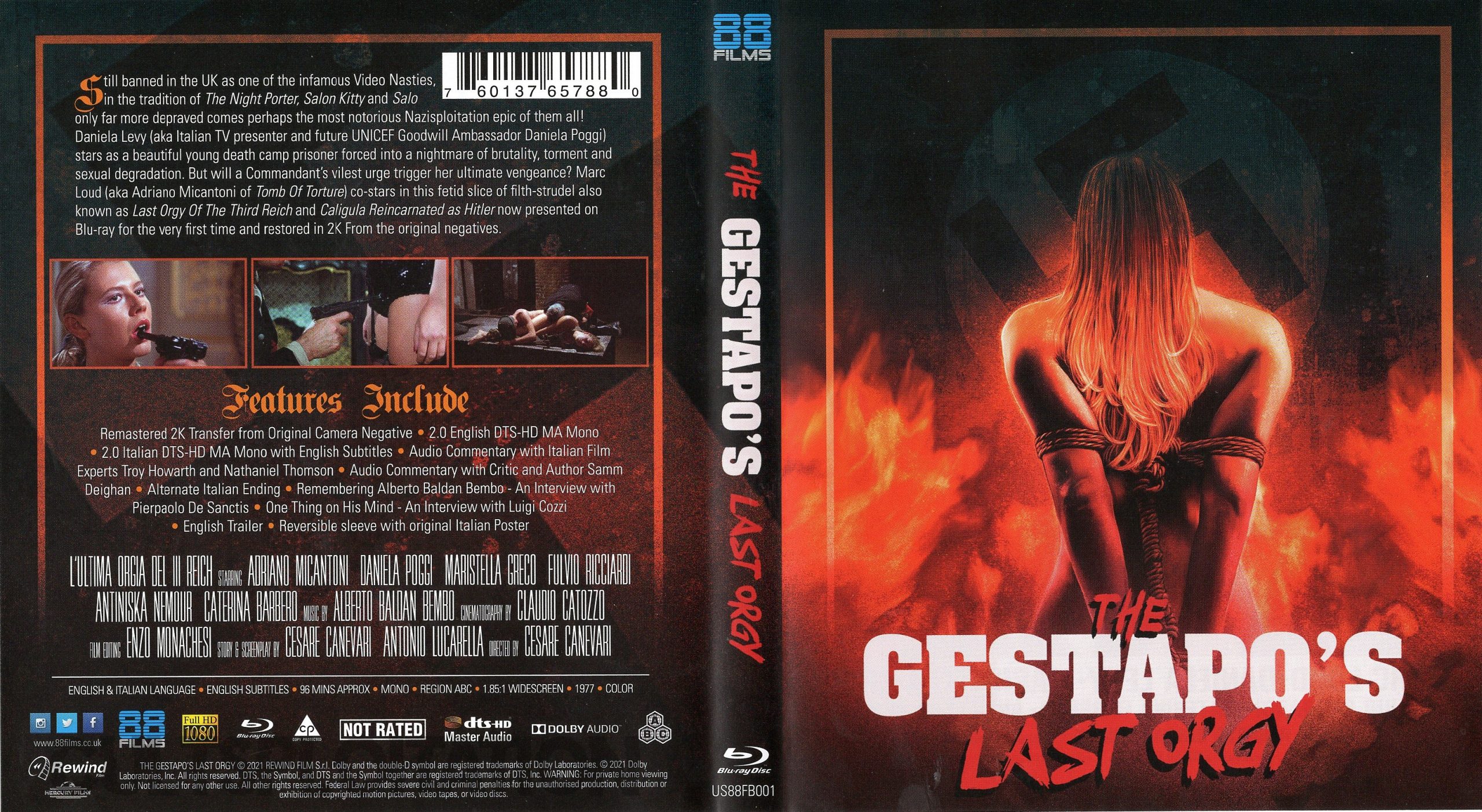 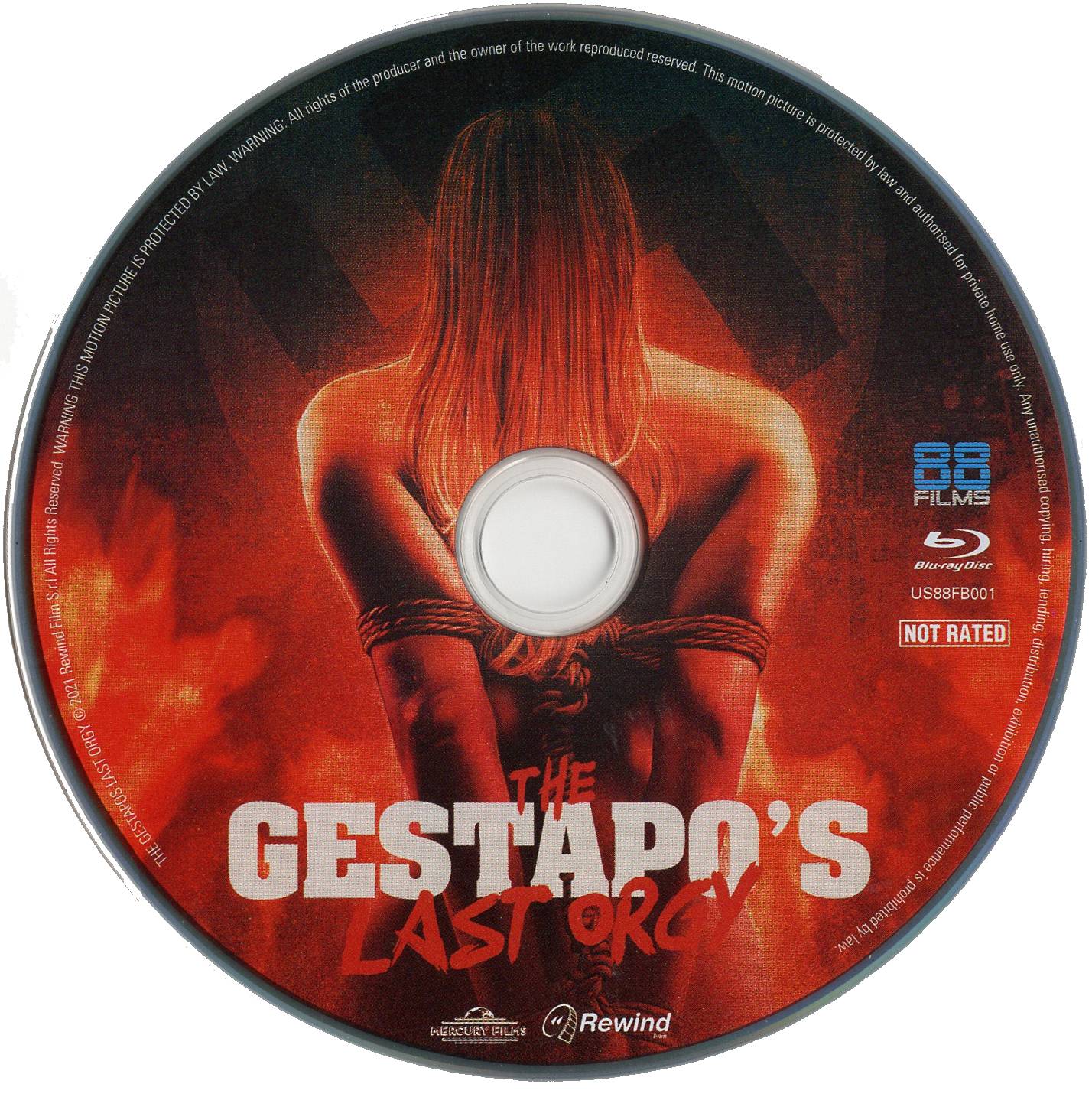 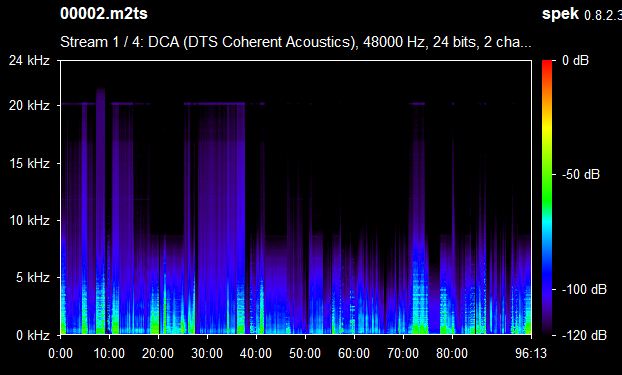 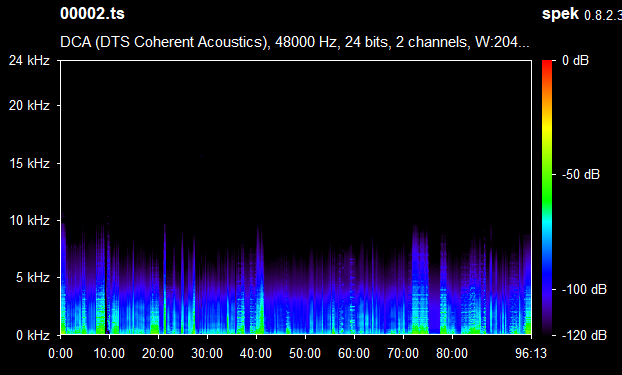 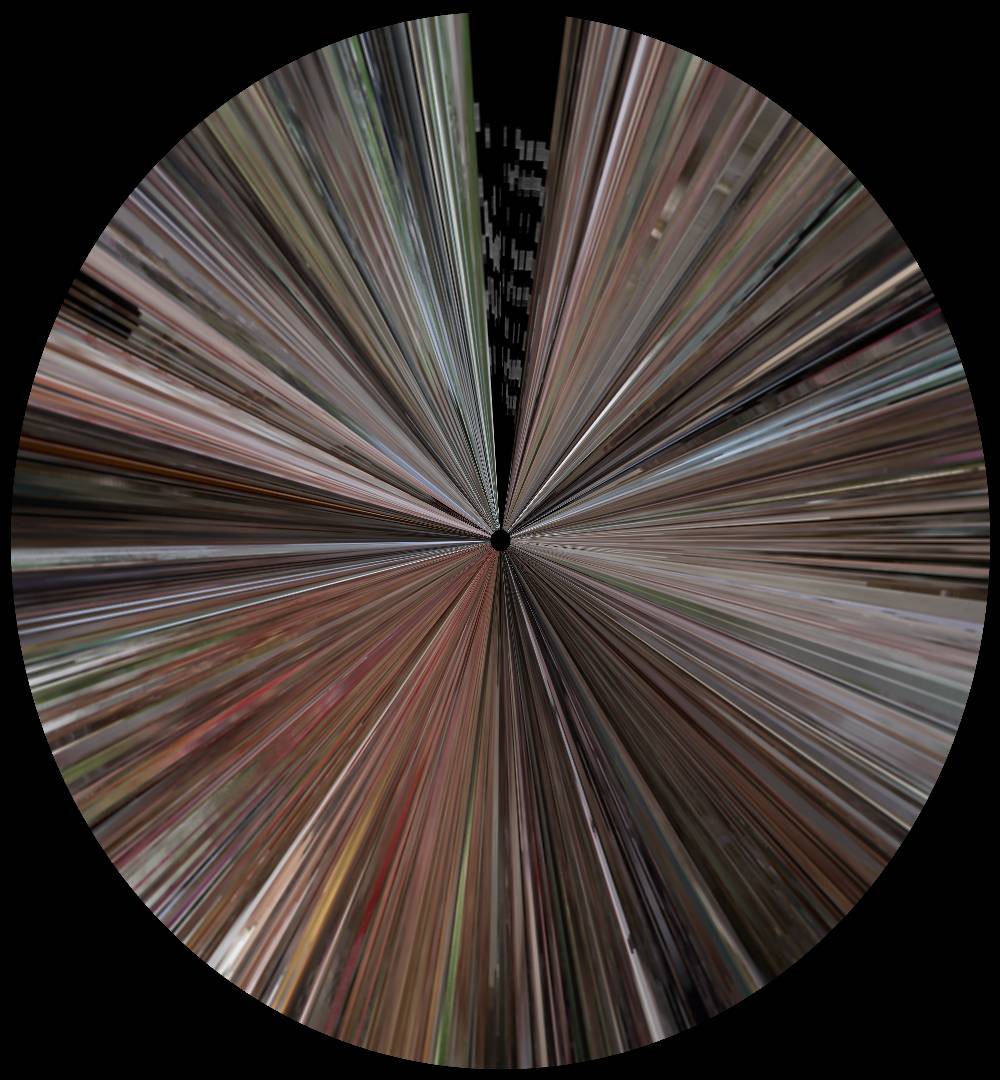