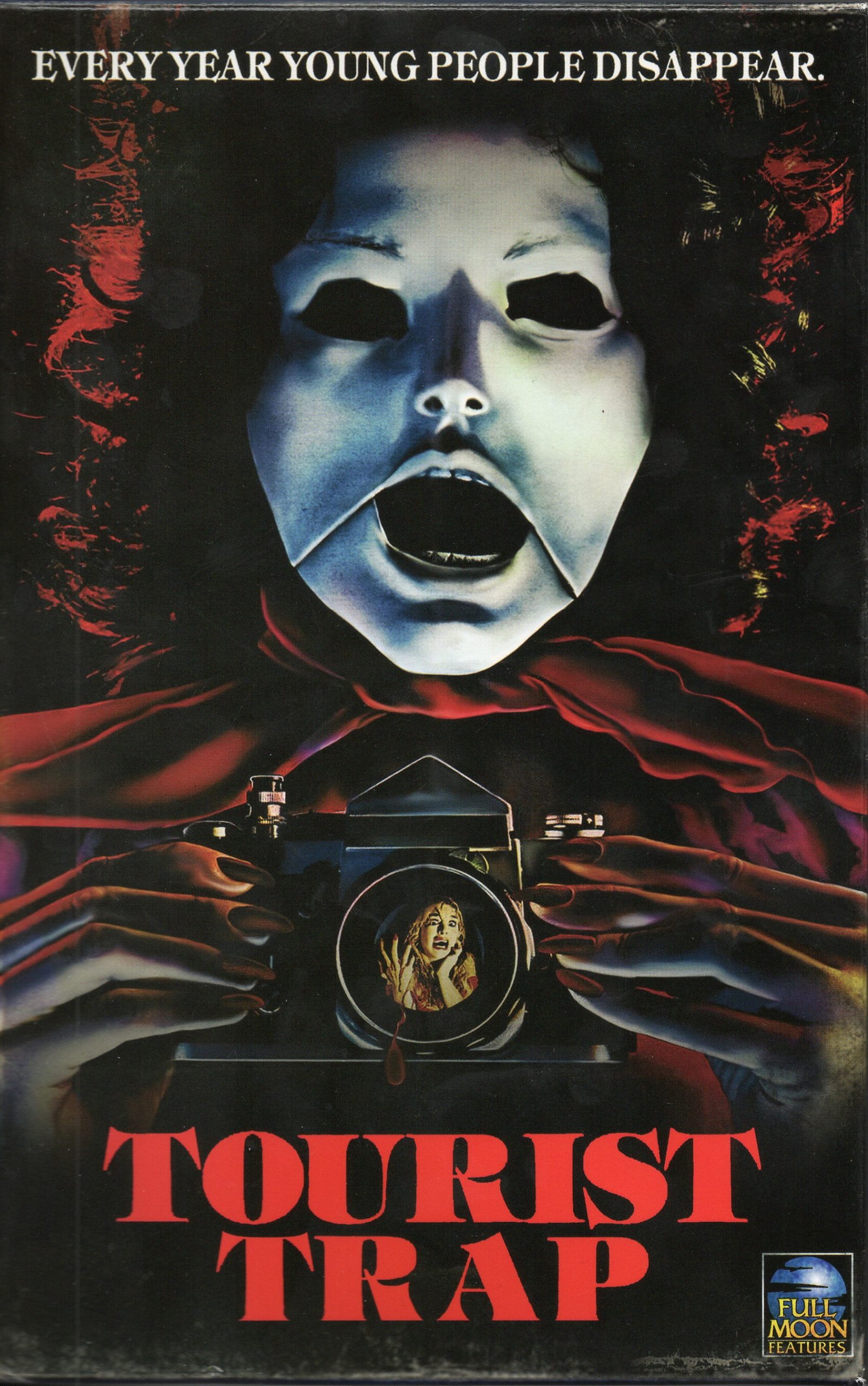 In 1979, a film about a wild hick on the outskirts of civilization bent on murdering people and wearing their face was released. No, it’s not The Texas Chain Saw Massacre – that was earlier in 1974, though you’d understandably make the connection. The film in question is the Charles Band-produced, David Schmoeller-directed Tourist Trap, a movie that started off as a ripoff of the successful Hooper formula but then expanded into a cult classic thanks to the sheer insanity of its plot and the PG rating that helped the film get some (probably inappropriate) airtime on daytime TV. While nostalgia certainly has something to do with Tourist Trap‘s lasting success (and also Band’s consistent marketing gimmicks, including this big box VHS Blu-ray release with truly uncut footage), the film has other merits as well – a quality slasher film with at least a surface level exploration of human psyche and the importance of mental health help.

Tourist Trap tells the tale of a group of kids – Jerry (Jon Van Ness), Molly (Jocelyn Jones), Eileen (Robin Sherwood), Becky (Tanya Roberts), Tina (Dawn Jeffory), Woody (Keith McDermott) – who are stranded off the beaten path after their car breaks down. The kindly Mr. Slausen (Chuck Connors) brings them back to his mannequin museum for help, but it soon becomes clear there is a masked murderer running around and some potential psychokinetic energy afoot. And that killer wants to make everyone into mannequins and playthings.

As mentioned previously, Tourist Trap does have a lot of similarities to The Texas Chain Saw Massacre and its main villain Leatherface, but ultimately besides the setup, Schmoeller navigates away from presenting another clone of that film. Instead, there are two major conceits that work in the film’s favor: one is the red herring that the masked killer is Mr. Slausen’s brother, and the other is that Slausen has telekinetic powers that allows him to move doors and objects and carry on conversations with his mannequins.

The first conceit helps keep the film moving, because the film just wouldn’t work if it didn’t disguise its villain right away. The audience should trust Slausen, at least at first, and while it’s fairly predictable that Slausen is the killer whom he claims is his brother, it opens up some possibilities for the film and also gives a need for those telekinetic powers – there’s a logical reason why Slausen can be somewhere else while still terrorizing the victims, because his rage/sadness manifests in physical ways.

The telekinesis also means Tourist Trap doesn’t rely on the conventional slasher killings that would otherwise require the use of a physical object. The film’s opening kill is a good example of Schmoeller making use of the psychic abilities to craft suspense – Woody’s death is basically a funhouse of events, from moving mannequins to poltergeist-like flying objects, a particularly eerie sequence. And the mannequins continue to pay off, especially at the end of the film with their haunting female voices and uncanny valley visages.

Tourist Trap isn’t always successful; its middle portion is too slow to progress, with the film overplaying its hand by trying to hide the true villain’s identity for too long. Connors moves between menacing and overtly cheesy throughout, ultimately negating some of the emotional resonance of the character’s loneliness.

But these are small quibbles. Overall, Tourist Trap retains a creepy atmosphere and makes its slasher stylings unique enough to overcome the obvious influences on its creation. If you’ve missed out on the film previously, now is the chance to check it out with its uncut elements intact.

Full Moon Features has released Tourist Trap again on Blu-ray, this time in a special VHS big box-style collection that also includes an action figure of Mr. Slausen. A previous Blu-ray version had touted a full uncut feature film, but that was sadly not the case. This time around, the Blu-ray contains a new “digitally remastered transfer” that truly is uncut, though the cut footage does seem to be pulled from a standard definition source.

Overall, the transfer is not great, suffering from a variety of issues including inconsistent grain scales, occasional juddering, damage, the aforementioned quality shifts between regular and cut footage, and a tendency for the film’s quality to get worse towards the later scenes in the film. While there has been some improvement from the past transfer, it’s quite minimal and the most obvious changes are solely with the standard cut footage. The transfer is a head-scratcher, too, because of its inconsistency; occasionally, it has strong moments, only to be undercut in the next scene with overwhelming grain, damage, or jumpy frames. Still, it’s probably the best Blu-ray release of Tourist Trap so far because it retains the cut footage, even despite its poor quality.

Audio features both a Dolby Digital 2.0 stereo and a Dolby Digital 5.1 track. Both sound okay, but they’re notably lossy and feature some lower audio mixing. English subtitles are not included, which is another dissatisfying element.

Extras on this release are the same as the previous Blu-ray content, including an audio commentary with David Schmoeller, a making-of featurette which is really just an interview with Schmoeller, a still gallery, and a slew of Full Moon trailers.

This release does provide the VHS box and action figure, however, which does add a bit of incentive besides the uncut footage.

Ultimately, die-hard fans of Tourist Trap will wish that Full Moon had opted to get a better transfer. Even so, this is the best release actually featuring the cut footage available, and with the additional big box and action figure, it is worth it to upgrade since the cut content does feature some important story-related elements. 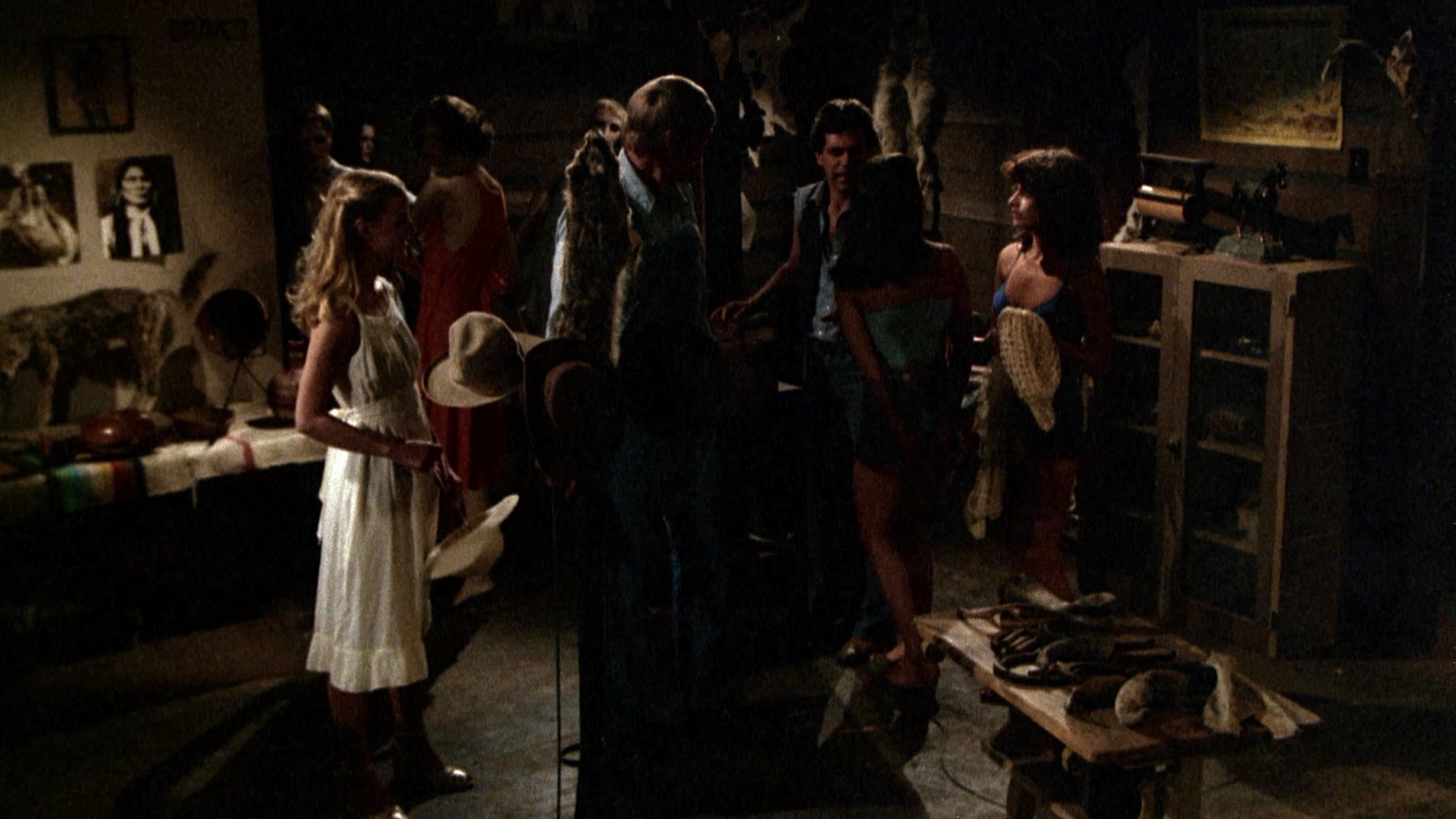 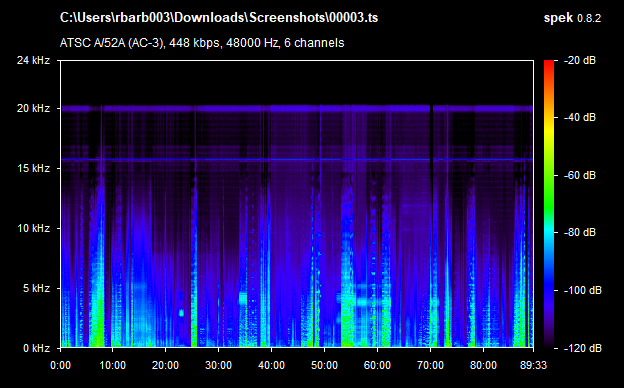 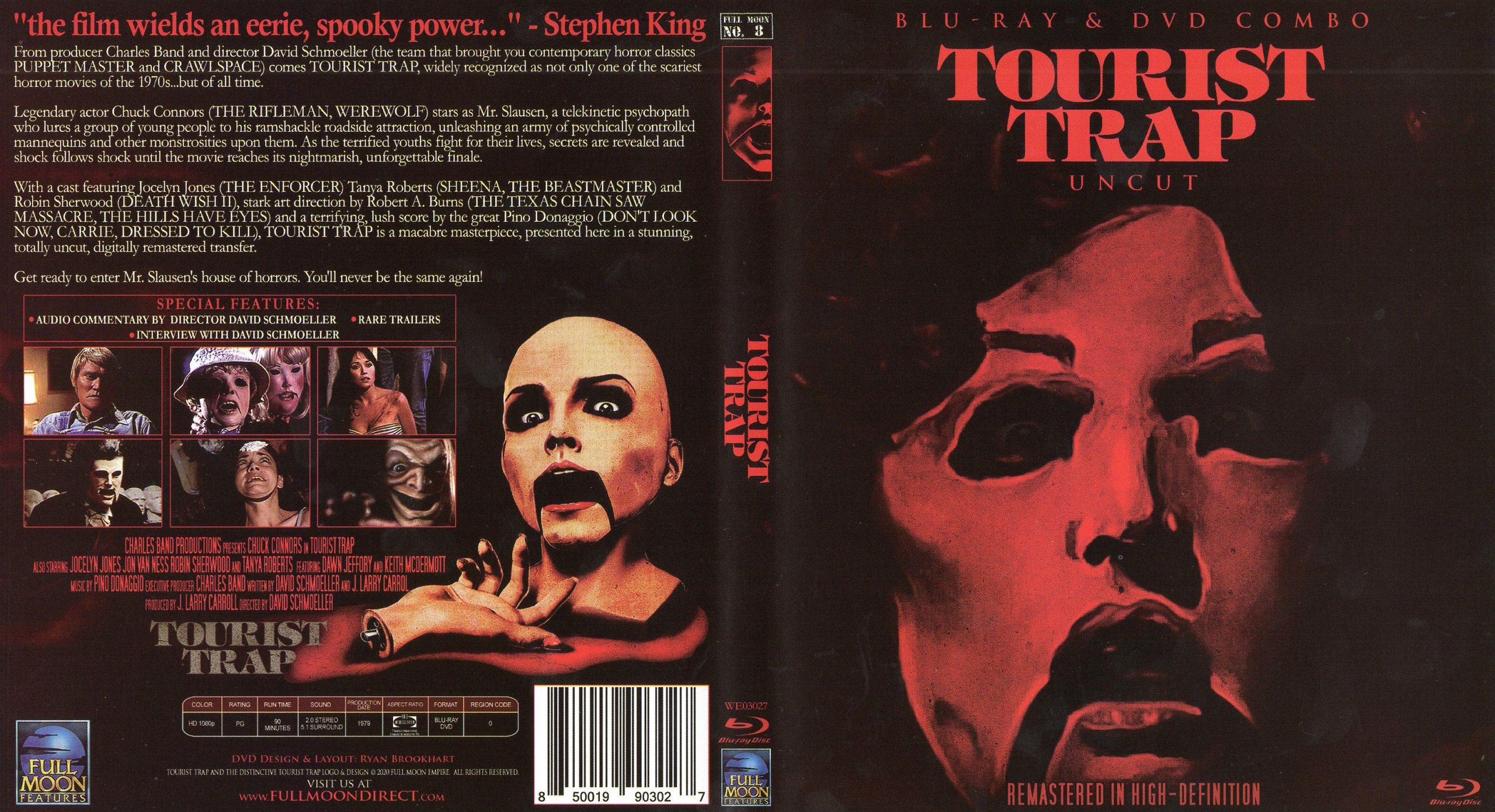