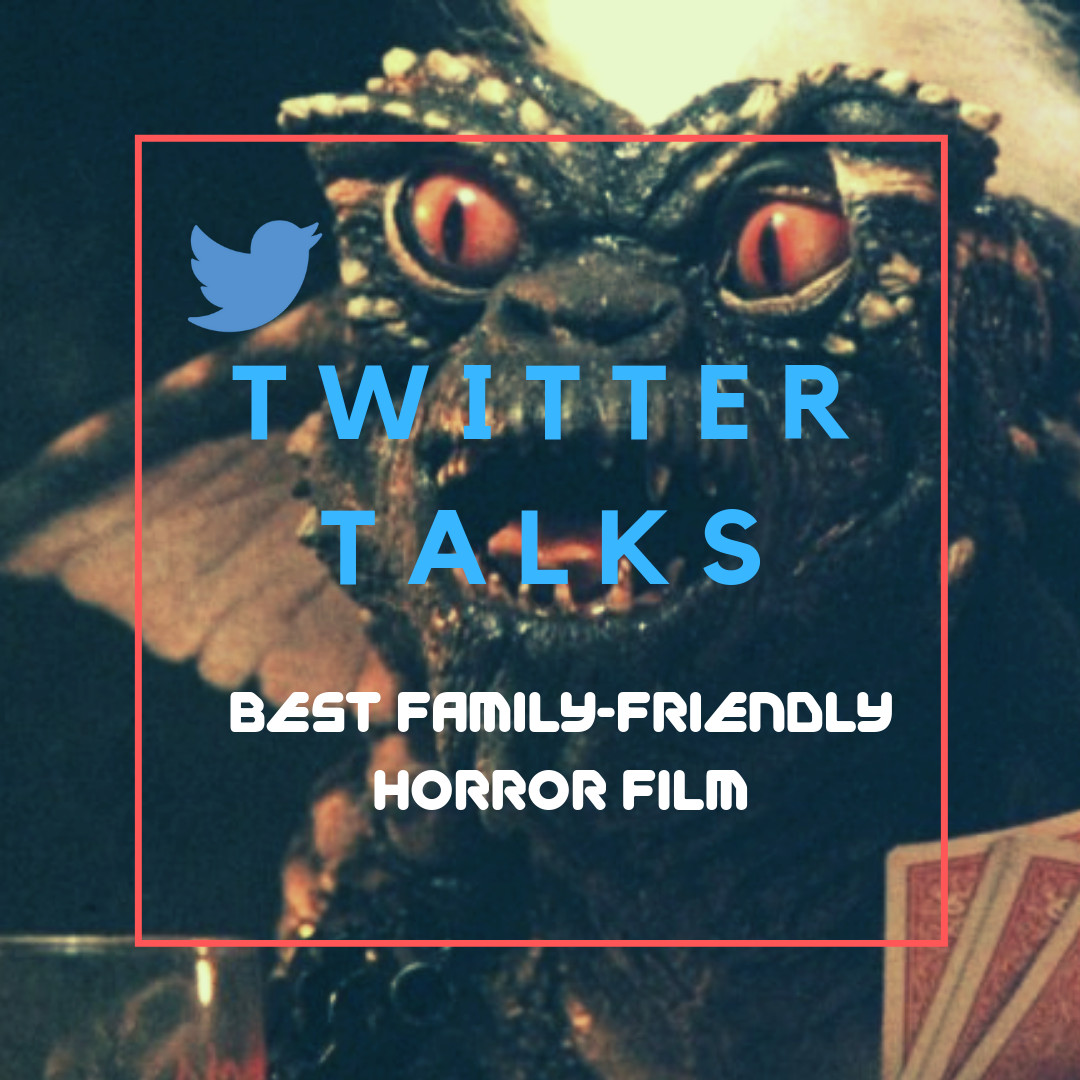 We’ve been posting some questions of the day on our Twitter feed as we try and step up our social media game, and it’s been going extremely well. We’ve seen a lot of people get in on the polls, from both fans and non-followers, and our most recent question about family friendly horror films struck up some interesting thoughts from commentators and our editors.

We gave our followers these options for what we consider “family friendly” horror films – though some of the picks can be disputed based on their content.

So busy we forgot to post a #questionoftheday. What’s your favorite family friendly #horror film? Tell us why or write in your own!

As you can see from the poll, after 79 votes, Gremlins was the dominating winner. This was a bit surprising to me, because in my circles, The Monster Squad seems to be the major favorite of most people growing up in the late ’80s and early ’90s. It was a film that took the Universal monsters and distilled them into one seriously fun (and funny) package, something that stood out to kids of that era because of its King-esque odes to being young and mischievous. A few people remarked on that same concept.

Monster Squad for sure because it was the perfect homage to everything I loved when I was that age. It's basically a film about monster kids for monster kids. My son is almost 3 and can't wait to show it to him.

Referencing one of the film’s famous quotes:

Painful choice, argh! Horace is my spirit animal, though. And wolfman's got nards. So…

Though The ‘Burbs wasn’t really a big contender, we did have one person who loves the cast (presumably Tom Hanks – I mean, you can’t not love him in the film).

The cast in The ‘Burbs is so fantastic and the story so fun, how could it not be your favorite?

Honestly, I though Little Monsters was going to have a few more fans. Howie Mandel, a young Fred Savage… maybe only my wife really likes this movie? Oh, and this voter.

Lil Monsters was an absolute fave as a kid ! 🖤

But there could be only one winner, and Gremlins certainly reigned supreme. We had a number of votes come in for that one but not too many people weighed in on why it was their favorite of the four, except for the Video Nasty Project.

Of the four, I'd go Gremlins – but as a write in, I'd go Ghostbusters. And yes, I will defend Ghostbusters as a Horror flick to the death.

And we actually had a detractor who found Gremlins a controversial pick for kids. I know the scene this tweeter is talking about scarred me in particular during the holiday season.

Gremlins shouldn’t be in the conversation. There is a scene where they disavow the existence of Santa Claus

We also accepted write-ins, and we had some great ones like The Gate and Ghostbusters. And then these questionable “kid” films.

If you voted, thanks for your input! Keep an eye on @Cultsploitation for more questions of the day, and you might see your tweet here.