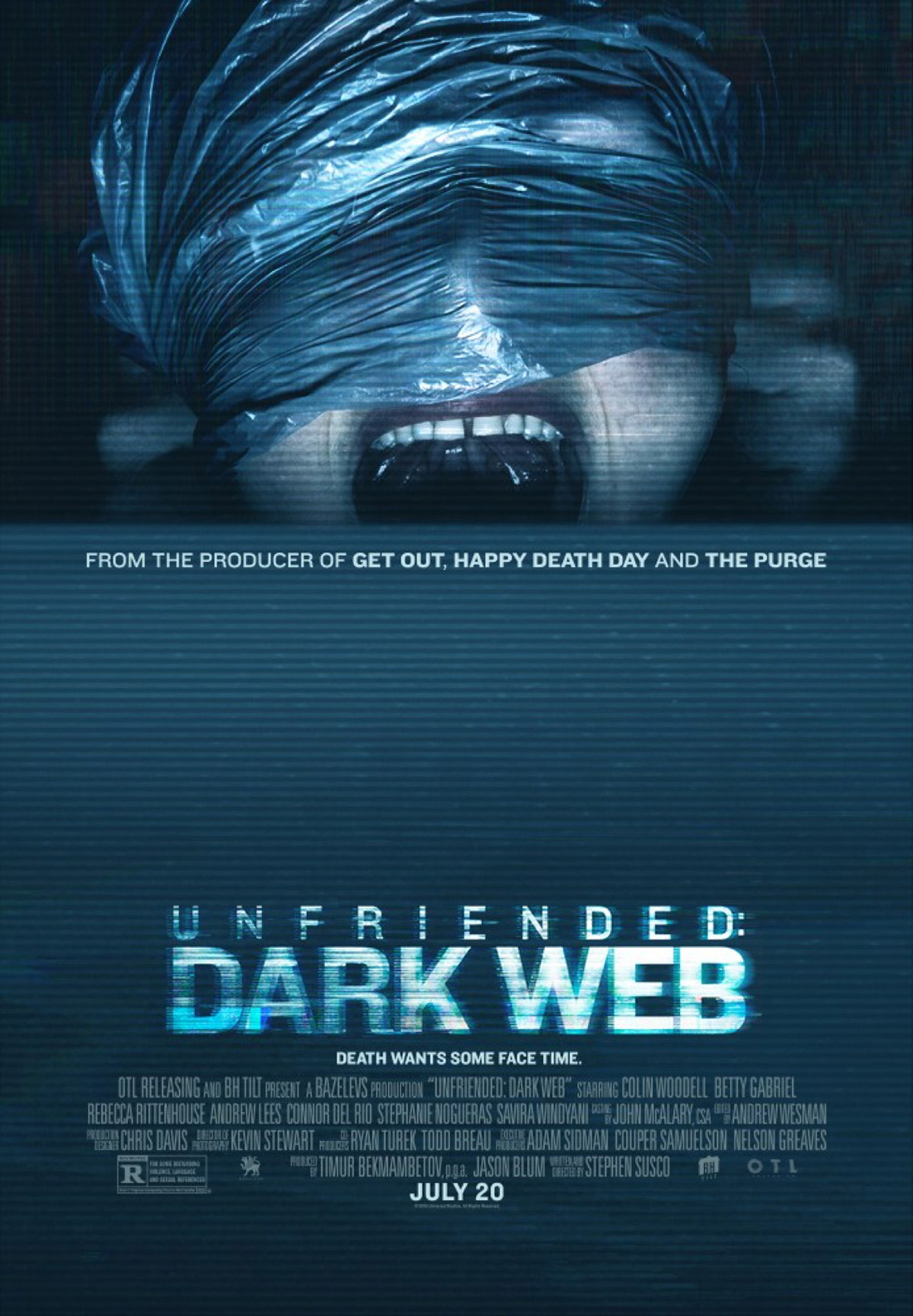 Unfriended: Dark Web is surprisingly technologically savvy and bases its real-world IT scares on true events - even when it dips into the supernatural. This is a pleasantly entertaining follow-up in a lukewarm series.
Film
80
Reader Rating0 Votes
0
80

A group of friends meet up for a Skype chat to play some Cards Against Humanity. Mattias has taken a laptop that doesn’t belong to him from a local computer cafe, and he quickly finds out that the owner is into some pretty dark stuff: namely, dark web stuff. As Mattias continues to research all of the stuff contained on the laptop, his friends are targeted by the other members of a dark web society that don’t want their information leaking to the public. This is that story, told through a computer screen.

Regardless of the quality of the film’s plot, the original Unfriended was a fairly unique take on the haunted item subgenre of horror. Instead of focusing on found footage from video cameras, the whole thing took place on computer screens; while the premise is similar, the technological leap forward added some interesting elements to a waning area of film. The series returns with writer/director Stephen Susco’s Unfriended: Dark Web, a feature that adopts a lot of the same gimmicks of the original while revitalizing the story with an entirely different theme centered around a more realistic approach. The result is a film that’s far better than many expected, and a surprisingly illustrative look at some fatal flaws of technological progress.

The whole thing again takes place on a computer, this time owned by Mattias (Colin Woodell). As the film opens, the audience sees Mattias deleting all of the login information of a Norah C. IV, apparently the last owner of the computer; as most would imagine, an experienced computer reseller wouldn’t just leave all of their info available to the next buyer, so it’s already a suspicious event. Eventually, through dialogue over Skype chats with his friends Nari (Betty Gabriel), Serena (Rebecca Rittenhouse), Damon (Andrew Lees), Lexx (Savira Windyani), and Aj (Connor Del Rio), we learn that Mattias has been stretching the truth a bit: he actually stole the computer from a lost-and-found, and now he’s finding out a lot of shady stuff that was left in hidden files on the hard drive.

From here, Unfriended: Dark Web really jumps into its titular dark web setting, the characters and the audience transported to a hidden server that emulates the River Styx, with a bunch of users known only as Charon and a number. The film starts out slow and perhaps a bit annoying due to the constant Skype chatter, but once Susco begins to work in the technologically-proficient plotting, sinister secrets begin to hook the viewer. Hidden files Mattias unearths show various webcams throughout the city; there are videos of kidnappings and murders; the dark web chatroom begins to insist Mattias give them the secret phrase. All of it is ominous and draped in real-world tension – this isn’t some ghost haunting the Internet but a cabal of terrible people with money to buy horrible things, and the tech know-how to make it all happen.

If you’ve ever played creepy alternate reality games (commonly referred to as ARGs), then you will immediately see similarities within Unfriended: Dark Web. In fact, the characters actually bring up these games when Mattias attempts to quell their fears by telling them he made it all up. Susco’s film sucks viewers in in much the same way web-based ARGs tend to do; in this case, though, the visual aspect of viewing it all through one person’s computer screen adds an extra level of participation. It also helps that the film is relatively music-free, allowing the viewer a relatively first-person experience. And its technological prowess is quite true to life, too, adding an even higher level of reality.

Unfriended: Dark Web is visceral and engaging, and it represents a lot of issues that technology has caused for contemporary online users. It highlights swatting – the act of calling in a major threat to the police in hopes of a SWAT team bursting into someone’s home – and the ease of tracing users via their public profiles when people tend to forget that their information is readily available for anyone with a modicum of knowledge about hacking. The scariest aspect of Unfriended: Dark Web is that most of it can and does occur, and while the dark web is mostly just a whole lot of nothing, it does also have some well-hidden illegal enterprises that haven’t been found because they’re good at hiding. Susco’s film is obviously exaggerated and sometimes messy, but it highlights a scary reality that is out there, potentially just beyond the normal indexed pages of the Internet.

Unfriended: Dark Web doesn’t have a ton of violence but what it does show is a bit more impactful due to its snuff-like depiction. We get to see some gunshots, a fall off of a building, and some grotesque implied torture. Again, this is more implicit than anything, but it works even a bit better than what would be shown onscreen.