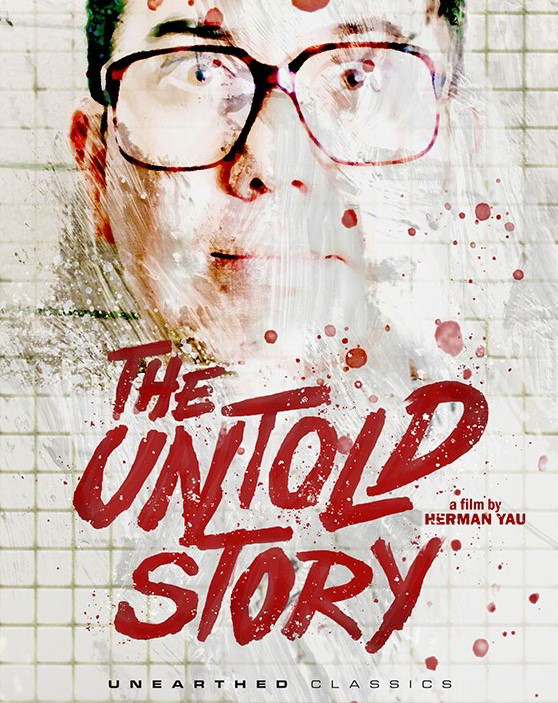 Unpacking the Gory Details of a Chinese Category III Classic

There are some lessons that you just have to learn the hard way. Things that you need to work out through a process of trial and error before you can truly claim to understand them. It is rarely a pleasant approach to take, but it is an effective one. After all, you can’t master riding a bike until you’ve fallen off a few times, just as you can’t become a boxer without getting punched in the face. It’s simply how certain aspects of life tend to function.

Recently, I’ve learned that it’s always wise to research the content of any film that’s been labeled as extreme before you watch it. That way, you can avoid venturing into something that you aren’t mentally or emotionally prepared to see. Although this is a very well-established rule within the extreme cinema community, it’s also one that I have foolishly chosen to ignore in the past. As you could probably guess, this was an error in judgment that I would eventually come to regret. At the risk of sounding cliché, I guess that the old saying is true: hindsight really is 20/20.

Blood, Buns, and Beyond

I had the considerable misfortune of going into The Untold Story blind the first time I saw it. Had I been aware of what I was getting myself into, the whole thing likely would have been much easier to process. It started as an impulse buy on my part, driven by a burning desire to expand my ever-growing movie collection. I knew next to nothing about it when I placed the order, and wouldn’t until it was already far too late. What I had initially perceived to be just another run-of-the-mill horror picture actually fucked me up for days after the fact. And, truth be told – I’m kind of glad that it did.

The story is based on actual events and follows the exploits of a man named Wong Chi-Hang. After fleeing from Hong Kong, Hang comes into ownership of a small restaurant in Macau. When the local police are notified of some severed body parts that have washed up on a nearby beach, they eventually trace their origins back to Hang and the establishment’s previous owner. As the resulting investigation closes in around him, it is revealed that Hang is hiding a dark and evil secret. The nefarious methods that he used to gain this newfound asset soon come to light, as does the grisly secret ingredient inside of the restaurant’s popular pork buns.

One of the most notable aspects of The Untold Story is the build-up leading into the violence. It is deceptively tame, right up until the very second that it’s suddenly not. Personally, I would describe it as being the cinematic equivalent of getting stabbed while on the toilet – a hard slap in the face when you least suspect it. When this film comes at you, it comes at you hard. It takes no prisoners and doesn’t fuck around in terms of what it’s willing to show you. Make no mistake about it, this beast is ferocious.

And now, it’s time for me to give you what you came for – but how do I even begin? There is just so much unpleasantness that takes place in The Untold Story that it’s hard to decide where to get the ball rolling. The film opens with a man being burned alive and only gets progressively worse from there. With each subsequent kill, the boundaries of good taste are continually pushed just a little bit further. Hell, there is a brutal sexual assault, non-consensual cannibalism, and immolation, all before we can even arrive at the halfway mark. As the plot develops, we bear witness to Hang doing some truly horrendous shit. This is a pattern that progresses until things finally cross over the line into becoming downright relentless.

One of the strangest facets of the movie is the bizarre comic relief that’s peppered throughout. At times, it almost feels like you’re alternating between two completely different films. The Untold Story features a subplot, which centers around a group of incompetent police officers tasked with solving Hang’s crimes. While the bumbling detective characters may seem out of place, I believe that they do serve an explicit purpose. Their oddball antics trick the audience into letting their guard down, leaving them wide open for the impending sucker punch that lurks just ahead.

The climax of the film is, without a doubt, the nastiest part of it. In fact, this particular scene is what gave The Untold Story its notoriety, to begin with. It makes all of the murder, rape, and dismemberment that precedes it look damn-near timid by comparison. To put it bluntly, Hang ruthlessly butchers an entire family of nine people – a mother, father, grandmother, and six children. It is an act that he commits with shocking cruelty, every second of which is shown on camera. To make matters worse, the sequence utilizes actual child actors. There are no visible stunt doubles or dummies anywhere to be found.  As such, it is incredibly difficult to watch and should not be taken lightly by prospective viewers.

Chaos in the Third Category

At the end of the day, if you aren’t afraid of extreme content, then The Untold Story is actually a pretty solid film. It was surprisingly well-shot, with a good story and excellent pacing. Although it does take a while to get to where it’s going, it also avoids being boring in the meantime. If anything, I’d say that this meandering approach even improves the overall quality of the picture. The way that it’s executed helps to better establish the character of Wong Chi-Hang, making him all the more menacing as a villain. When coupled with Anthony Wong’s tremendous (and award-winning) performance in the role, it is truly a recipe for terror.

As far as recommendations go, this film leaves me feeling torn. Honestly, it’s difficult to find the right words to adequately describe the overall experience of watching it. I wouldn’t necessarily say that I enjoyed it, as much as that I felt challenged by it. I can’t remember the last time that a movie actually bothered me and forced me to feel uncomfortable for any prolonged period of time. That is, I couldn’t up until now.


So, in summary, if you are feeling brave and want to see something that might leave a mark, then The Untold Story is definitely worth checking out. While it is certainly not going to be for everyone, fans of unrelenting horror cinema will surely love it.

The Sights
The Sounds
The Story
Reader Rating3 Votes
4.3

You can check out the official Unearthed Films trailer for The Untold Story at the link below.

If you enjoyed this review, feel free to check out more like it here.