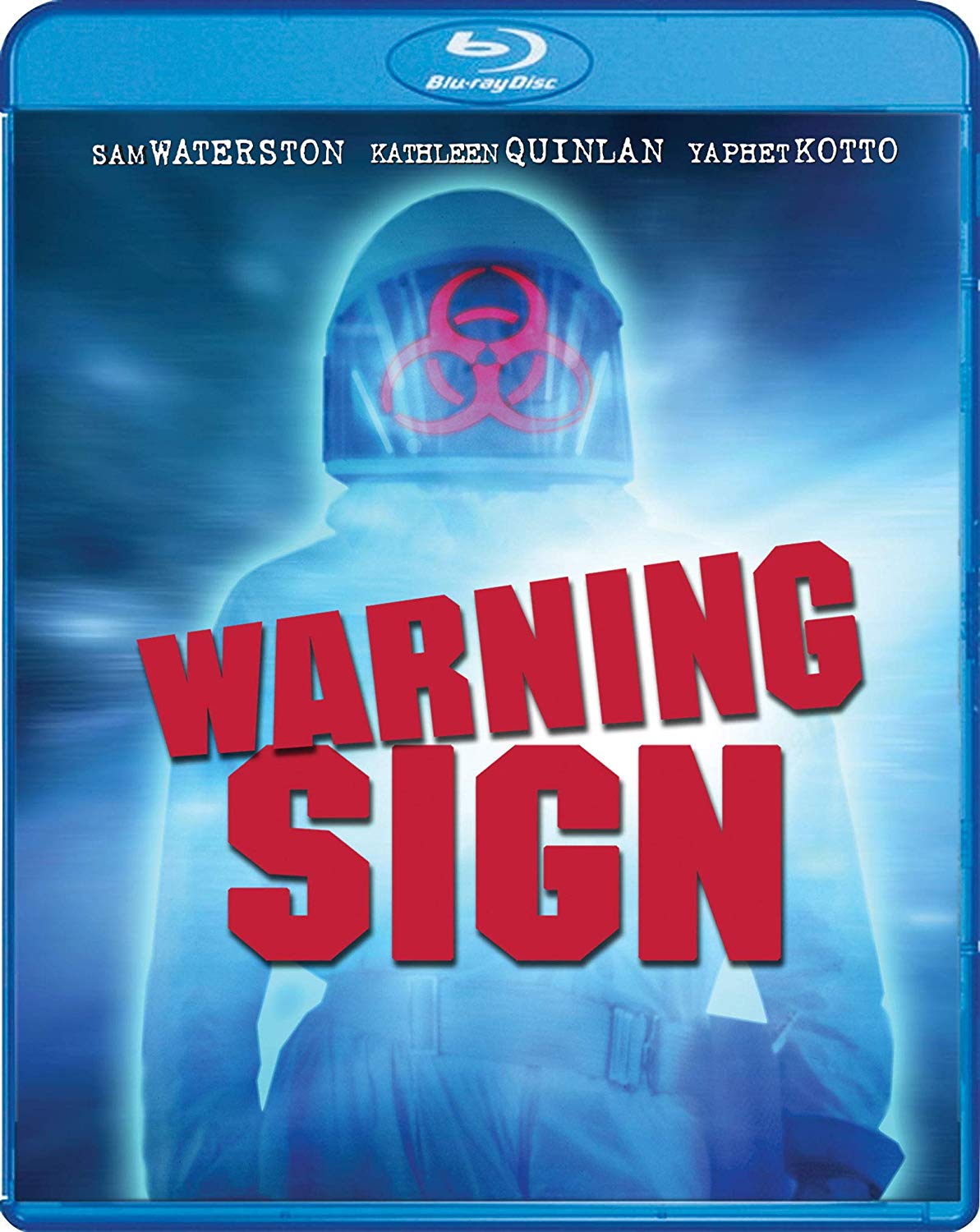 Warning Sign is a fantastic flick that will feed on your fear of germs. It's still relevant today and Scream Factory was wise with releasing this on a solid Blu-ray.
Film
Blu-ray
Reader Rating0 Votes
4.5
Buy
Amazon

Uhh, the good old days of Cold War fears, germ warfare hysteria, and solid horror films based on them. Of course, I’m talking about Warning Sign, a 1984 movie about a biological leak in a research lab that seals off the building as the mysterious disease slowly spreads, turning people into raging 28 Days Later-like monsters before 28 Days Later was even a twinkle in Danny Boyle’s eye.

The research company, BioTek Agronomics, is supposedly researching new ways to grow crops and make humanity a better place to live. However, as most research labs that are run by the government go, they are making germ warfare weapons. After an interesting mishap, the building is closed off, and a shady government agent named Major Connolly (played by Yaphet Kotto) is called in to contain the disaster and make sure the public on the outside don’t know the real truth. Unfortunately for Major Connolly, local sheriff Cal Morse’s (Sam Waterston) wife (Kathleen Quinlan) is the security guard in the building and is trapped in there along with several people who are slowly becoming infected and diving off the deep end of the madness. Cal teams up with former scientist Dr. Dan Fairchild (Jeffrey DeMunn) to figure out what is happening and try to see if they can come up with a cure. This, of course, means heading into the lab to face off against all the crazies. 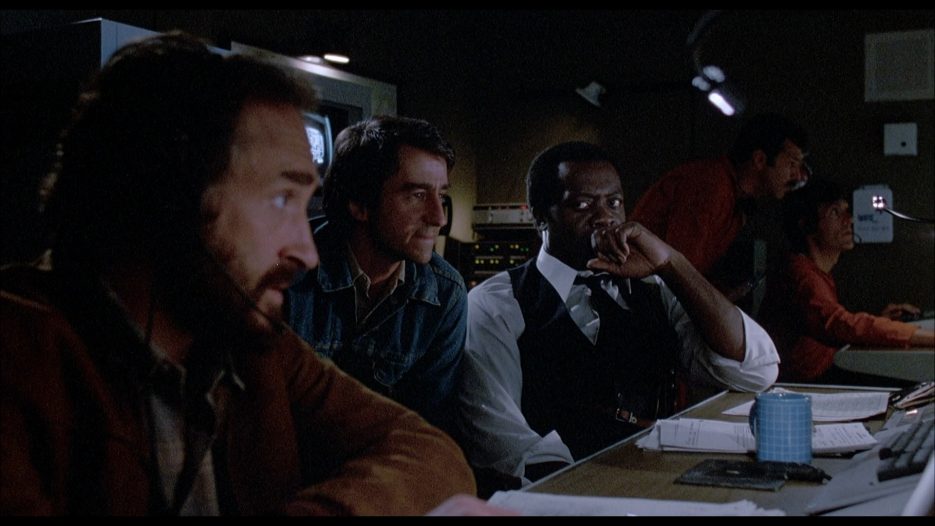 Warning Sign is a surprisingly serious look at what would happen if a lab mishap occurred and the government tried their hardest to cover it up. The film stands the test of time and can still be seen as something that could easily happen anywhere at any time. The film’s integrity is propelled even further ahead when it comes to the acting from everyone involved. It’s quite the fantastic cast that came together for this film. I’m quite surprised I didn’t even know about the movie until Scream Factory announced their Blu-ray release.

If you’re looking for any complaints about Warning Sign, you’re going to be disappointed as the only thing I can come up with is perhaps the movie could have had some trimming done on a few scenes to tighten up the runtime. It clocks in at 99-minutes, and the film does slow down a bit. However, it doesn’t take very long to get the pace back up and running. Seriously, not much to complain about with the stellar flick.

As I’ve mentioned, Scream Factory has released Warning Sign on Blu-ray. This is the first time the film has been released on Blu-ray, but not the first time it has seen the HD format before, having been released on iTunes. As for what transfer Scream Factory is using and where it came from, that I’m not entirely sure, but I can tell you the transfer, for the most part, is great-looking. There can be the occasional softness, and dirt and debris inherent with an older film, but overall it’s a solid release. Audio has been presented to the viewer in DTS-HD Master Audio Stereo, and the results match the video in terms of doing a great job. Honestly, no complaints from me.

Scream Factory has gone ahead and given us two new extra features to check out. First, we have an interview with Director/Co-Writer Hal Barwood which runs roughly 19-minutes and is broken down into different sections. However, the second interview with Producer Jim Bloom is the one that most fans will be delighted with, as it runs 49-minutes and it too is broken down into sections detailing the entire filmmaking process for Warning Sign. Rounding out the features is a commentary with director Hal Barwood, trailer, TV Spot, and Still Gallery.

I loved watching Warning Sign for the first time, as I wasn’t prepared for the seriousness of the film, and how damn good the movie turned out to be. It can be haunting at times, but then it will throw a joke or two your way to loosen things up before the next big spook. A horror movie doesn’t need to have ghosts and goblins to scare you. Sometimes it just takes a biological weapon that will drive you mad and turn your whities into brownies. If you want the film, the best way is with Scream Factory’s excellent Blu-ray release.