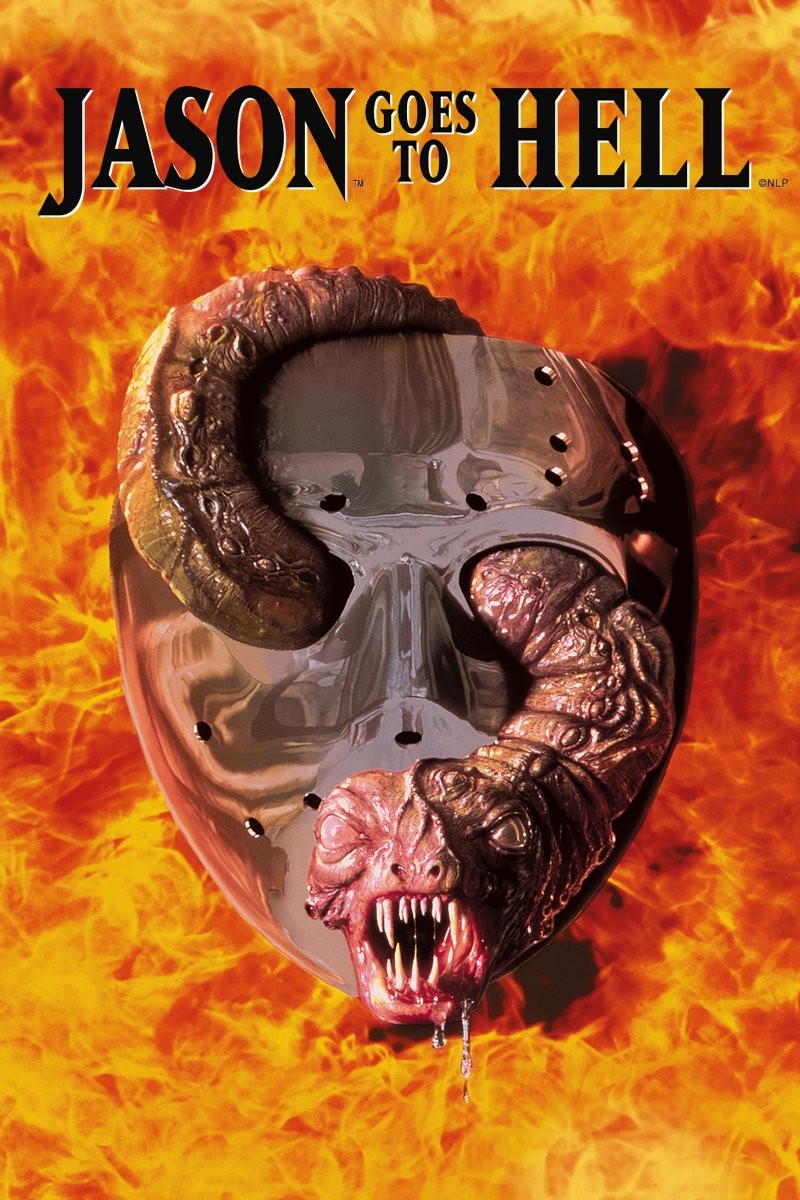 I Watched JASON GOES TO HELL: THE FINAL FRIDAY for the First Time…

I had never seen Jason Goes to Hell: The Final Friday until now and there’s not really a good reason for that. I remember it coming out – I was a young tot then, and my dad owned a video store, and I can definitely envision a large standee of the movie poster sitting in the shop. I was too young for it then; however, I made an attempt to see the film about ten years ago when I stopped into my local FYE and bought a used copy on DVD. I got home, set the case aside, and forgot about it for a few weeks; upon return, I opened the thing up to actually watch it and found Beverly Hills Cop III snugly nestled inside. I never did return it, and I’m pretty sure the entire thing got lost over the years. Still, it’s only one of the reasons why I never got around to watching Jason Goes to Hell.

But it’s Friday the 13th (October Friday the 13th to be exact) and I thought it would be the perfect time to check this picture out. Mind you, I’ve never really heard good things about the film, so I wasn’t exactly in a rush to view it, but it had to be done at some point since it was the only movie in the franchise I hadn’t seen. There’s a regular version and an unrated one, and to be honest I’m not exactly sure which one I watched – but they can’t be that different, can they?

The most striking thing one notices upon first viewing is actually the thing that makes Jason Goes to Hell so much different. Some screenwriters thought they’d write a new Friday the 13th film and cleverly leave the one important figure in series lore out of it. Jason (Kane Hodder) has such a subtle appearance in this film that Freddy’s quick cameo at the end almost seems more impactful – instead of a focus on cabins, woods, machete-wielding masked men, and buxom bikinied girls, director Adam Marcus is more concerned with a supernatural worm-like thing that is apparently Jason Voorhees’ evil objectified, slithering and – more often – French-kissed into victims so that Jason can get closer to his niece Jessica (Kari Keegan) and resurrect his natural body. The storyline is all kinds of nuts, way more convoluted than Friday the 13th Part VII‘s telekinesis, and the film shows that a Friday the 13th absolutely hinges on Jason being present even if it’s not set at the usual cabins and camps of yore.

It’s hard to fault Marcus for wanting to try something new, though, and in some ways Jason Goes to Hell is kind of entertaining. The special effects are quite good and certainly double-down on body horror (melting flesh, Evil Dead-like tentacle rape, etc). Creighton Duke (Steven Williams) is so over-the-top in his cowboy PI antics that it actually works, especially in the film’s final scenes. All of the movie’s nods to other horror films are welcomed, though some less subtle than others (the Necronomicon being one of the most obvious). But perhaps my favorite aspect of Jason Goes to Hell is that it is able to bridge Friday the 13th with Friday the 13th: The Series, grabbing John D. LeMay as a main character and forcing viewers to do a double-take thanks to his ’90s rapist glasses.

Jason Goes to Hell is also pretty metacritical of the films in the Friday the 13th canon, too, emphasizing all of the elements that make up a good slasher in one fell swoop during the introductory scene that finds an attractive woman stripping down, taking a shower, and being the target of Jason’s ire before leading him to a pre-defined area in the woods where a group of military men with firepower can blast him to smithereens. It’s definitely a fun moment peppered with humor (and some great nudity, can’t forget that), and it’s an example of what Jason Goes to Hell could have done if it decided to drop silly plotting for more metacommentary.

While Jason Goes to Hell: The Final Friday wasn’t the final Friday and it wasn’t really a great film in the series, it does at least have its moments – which is more than can be said for the subsequent Jason X. Marcus has had an interesting career post Jason Goes to Hell, writing the recent Texas Chainsaw 3D release and directing the new Christmas horror film Secret Santa. John D. LeMay never returned to a Friday film and neither did Kari Keegan (who probably was not very impressed on the set of this film after she was nearly forced to do nudity). But Jason still lives on after being sent to Hell, not only visiting Freddy but also making it to space; and Jason Goes to Hell at least can’t take the blame for ending the series.