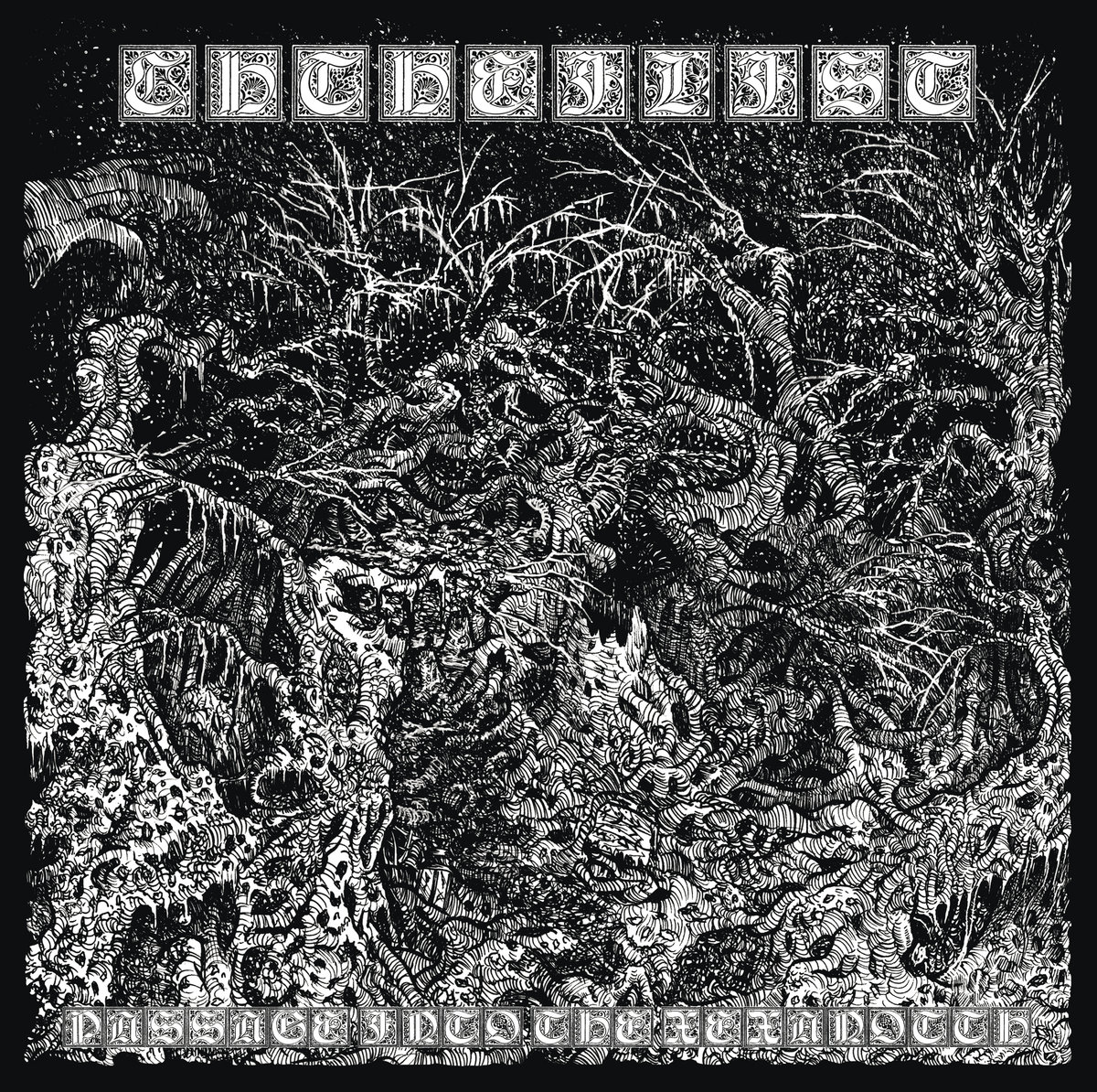 Cult Metal takes a look at all things metal: new and old, from all subgenres. These aren’t reviews but highlights of specific albums or bands that have piqued Ryne’s interest. If you like this column, let us know and we’ll feature more on the site.

I thought I’d start off the CULT METAL column with a band that thematically falls quite nicely into the cult/horror genres to grab the interests of readers who mostly come around here for the horror film reviews. That’s why I chose CHTHE’ILIST as the first snapshot, particularly their new EP Passage Into the Xexanotth.

If you haven’t heard of CHTHE’ILIST, perhaps it’s because the band name can’t be pronounced in any kind of accurate English? Inspired heavily by H.P. Lovecraft’s Elder Gods mythos, and obviously paralleling the impossible-to-say-with-our-silly-human-tongues name Cthulhu, CHTHE’ILIST play a brand of cavernous death metal that gleans a lot from the Lovecraft universe while attempting to stylize it in brutal musicianship. The result actually makes sense, too; a lot of what has been somewhat jokingly deemed caverncore tends to simply devolve into tedium due to the sheer amount of poop-inducing downtuning, but CTHE’ILIST’s themes resonate with this type of music, and their guttural vocals and churning guitar maelstrom certainly feels like descending into a horror cosmos of unknown dimensions. There are even alien-like gurgles to give you that otherworldly atmosphere.

Passage Into the Xexanotth is a short and sweet EP release from the band, featuring two tracks that clock in at just over 10 minutes. Thus, it’s a good intro to the band before you go and check out 2016’s full-length Le Dernier Crepuscule, an equally difficult-to-say title. If you’re not up on your Lovecraft, I suggest you check out the H.P. Lovecraft Wikia to fully understand the references.

Passage Into the Xexanotth released on June 15 from Profound Lore Records.