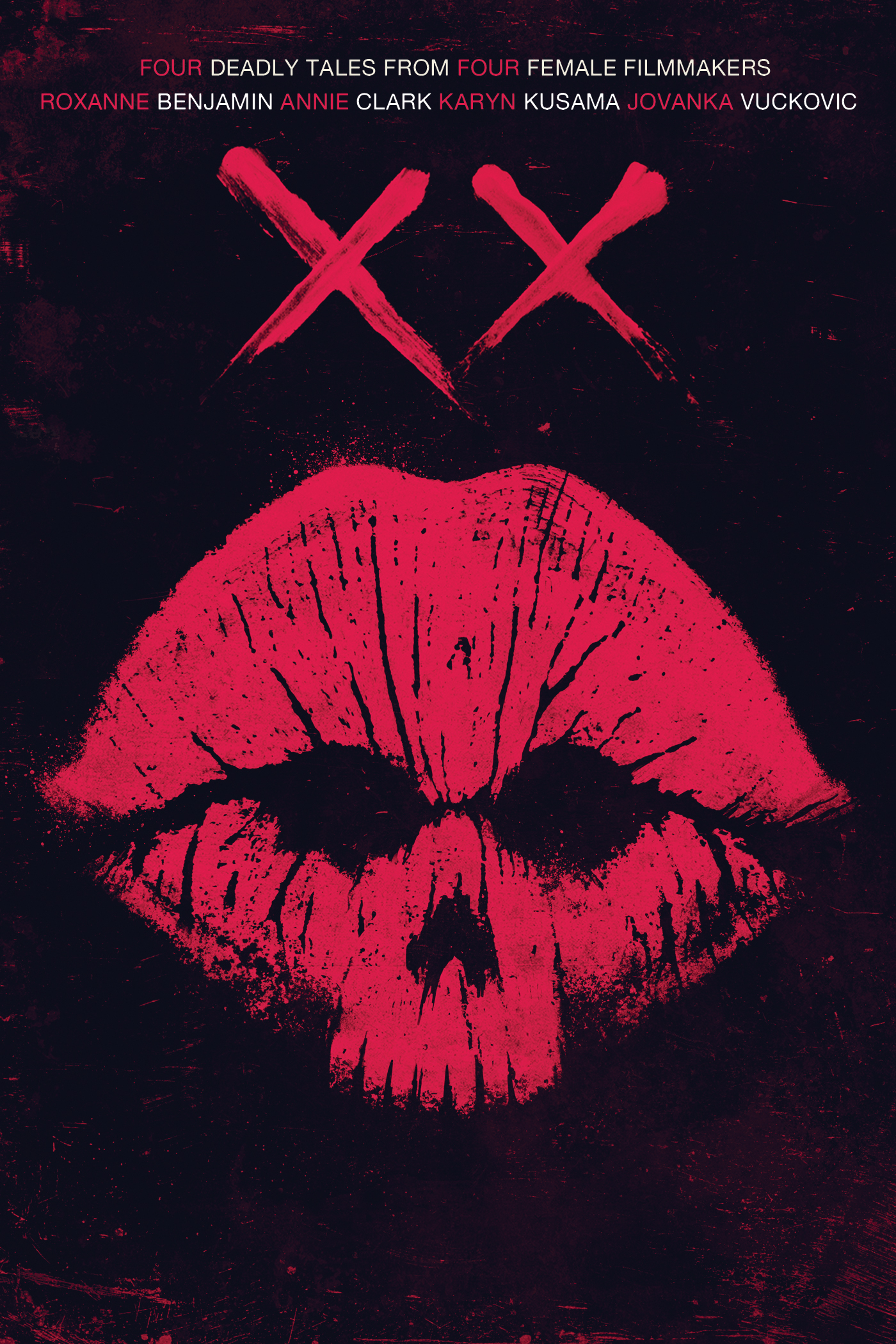 An anthology series directed by four women. In “The Box,” a family learns a secret that causes members to simply stop eating, allowing their bodies to deteriorate and wither for seemingly no reason. In “The Birthday Party,” a woman is forced to celebrate her daughter’s birthday while attempting to get her dead husband out of the house. “Don’t Fall” finds four explorers adventuring into unknown territory during a camping trip, only to uncover some ancient pictographs and a much older evil. “Her Only Living Son” is a classic tale of the Antichrist as a woman’s son turns 18 and begins to feel the pull of his real “father.”

XX made headlines because of its strong foursome of female directors, and truthfully that’s an exciting premise for a horror film based on anthology stories regardless of what the actual shorts include. It’s nice to see a film empowering women in the genre – though there have been some strong female directors previously (Mary Lambert, Amy Holden Jones, Marina de Van), most viewers probably haven’t noticed most of them in the same way as the most prominent male directors. The stories in XX, all written or co-written by their directors, are also more female-oriented than most horror tales, too, giving the anthology a much-needed changeup.

The whole thing is centered around some creepy stop-motion animation that helps to bookend all of the stories; while it doesn’t necessarily tell much of a tale or group the shorts together, it works as an offputting series of vignettes that keeps the film moving in between arcs.

The first short is “The Box” from Jovanka Vuckovic, based on a short story by Jack Ketchum. It’s equally the most intriguing, haunting, and frustrating of the four tales in XX, a slow-moving story of a woman beset by tragedy as one by one her family learns a secret and decides that they’ll just stop eating and starve to death. This is chilling tale of obsession and madness, and perhaps the futility of life: whatever the secret contained in the box really is is irrelevant, and the short never exposes that information to the audience. The ending leaves something to be desired, but in a way that’s really the point; like Natalie Brown’s character, we don’t know why her family starved themselves, and we’re all left wondering what could possibly push them to that point. It’s bleak and misanthropic, a Jack Ketchum staple.

Annie Clark’s (or St. Vincent for anyone following her musical career) short is entitled “The Birthday Party,” and it features a blackly humorous story about a woman waking up on her daughter’s birthday to find her husband dead in his office. Clark documents her attempts to hide the body, to sneak it out of the house, and then to put it in a mascot suit to hide him in plain sight – only to have the whole thing crumble on her during the party itself. Clark finds humor in a depressing situation, and her direction is rather good: dreamy, often highlighting the surrealness of the ideas. But as a story “The Birthday Party” falters and falls flat, despite a grim conclusion.

“Don’t Fall” is another highlight in XX from Roxanne Benjamin, about four hikers who decide to stay at an abandoned rock outcropping. During the night, one of them is attacked by an ancient force, and she proceeds to devour the rest of the group. While the story itself is fairly generic – it’s basically a simple werewolf tale, after all – the desolate scenery and the good practical effects work to the short’s advantage, and this one is truly enjoyable albeit predictable.

“Her Only Living Son” is the longest short of them all – or at least it feels that way. Karyn Kusama’s tale of a woman dealing with her troubled son on his eighteenth birthday is far too reminiscent of every other child Antichrist storyline, except this time it has been forwarded into the future rather than experienced as a young kid. A more abridged version of the story could have had a better impact, but Kusama’s direction is too slowly paced, especially compared to “Don’t Fall” which comes before it. This tale is probably the weakest of the four and not a great way to end the anthology.

XX is, like most anthologies, filled with some good and some bad; unfortunately, what most people will focus on is that the film was more worried about female directors than storylines. This is completely untrue, however, and I would venture to say XX is a moderate success, on par with the same problems all anthology films tend to have. Likewise, there’s something to offer everyone, so check it out this Halloween.