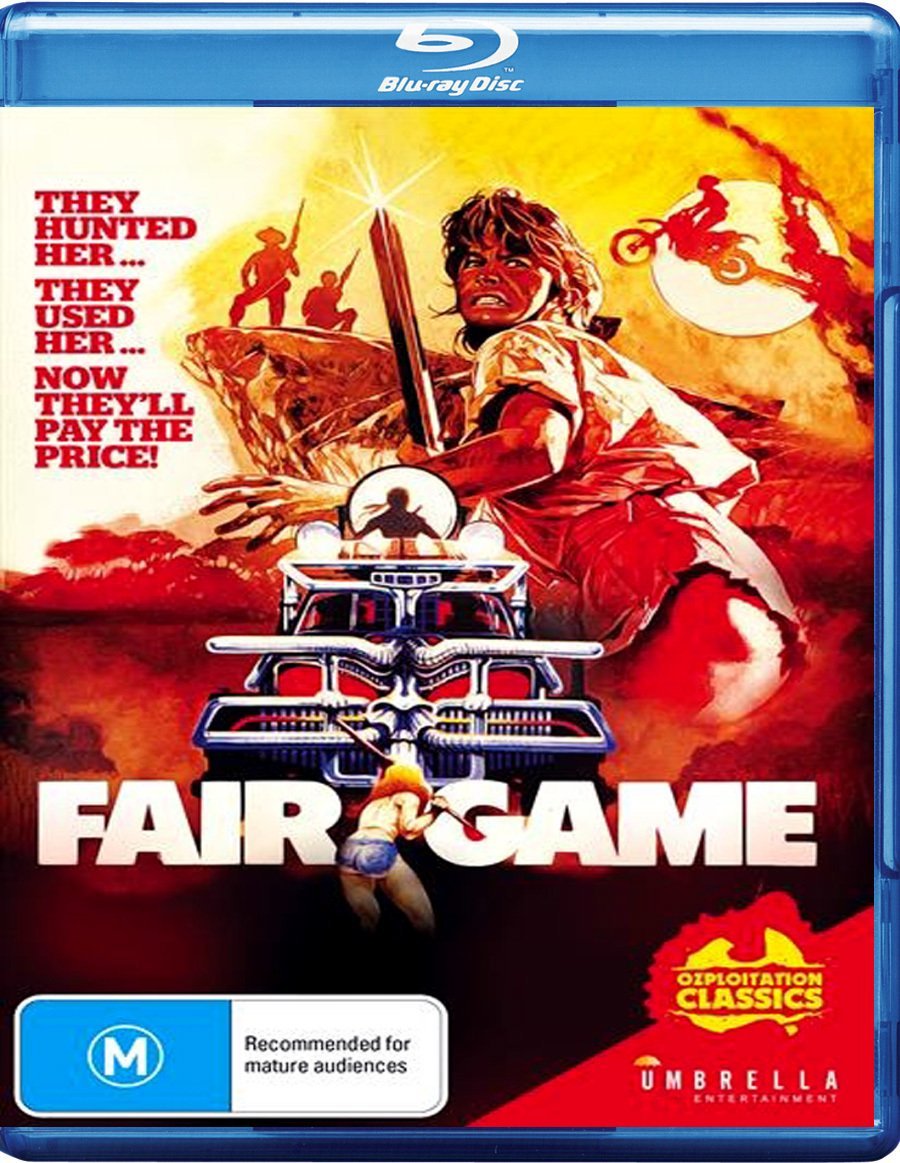 Cassandra Delaney plays Jessica, a woman who runs a wildlife sanctuary in the Outback. When she isn’t busy lying around naked, she is protecting her animals from asshole hunters. Jessica’s tenacity gets her in trouble when she attempts to get rid of the hunters on her property, as they retaliate in some of the worse ways possible. Unbeknownst to them, Jessica is a tough female who can kick some serious ass.

The excellent company Umbrella Entertainment have released Fair Game on an impressive Blu-ray, but of course, you need to know if the movie is any good or not. Well, fret not, it’s a blast.

Disclaimer: In the video, Michael mentions a jitter issue on this Blu-ray. The issue stems from equipment and not the Blu-ray itself.

How many movies out there are titled Fair Game? 3? 4? 20? Well, forget all those other imitations, as there is only one Fair Game and that is the 1986 Australian flick, starring the gorgeous Cassandra Delaney as Jessica, who runs a wildlife sanctuary in the Outback. The excellent company Umbrella Entertainment have released Fair Game on an impressive Blu-ray, but of course, you need to know if the movie is any good or not. Well, fret not, it’s a blast.

The premise of Fair Game is one that will sound familiar, as it’s a concept that has been used quite a bit, but nonetheless, Fair Game takes the story of a woman being terrorized, until the breaking point, resulting in her taking revenge against her tormentors, and spins its own yarn that is very entertaining.

What surprised me the most about Fair Game was the lack of predictability at times. I would think to myself that something was going to happen a certain way, and the film decides to do something completely different. It was quite refreshing.

The only complaints about Fair Game, which are small complaints, is the lack of gore and sometimes the character of Jessica would do something stupid that takes you out of the story. Small stuff to be perfectly honest.

Even if Fair Game isn’t overly gory, there is still some pretty shocking moments in the flick. A torture scene will undoubtedly make you feel uncomfortable. Also, there a few murders that will make you cringe.

Jessica likes to get nude and not wear underwear in the outback. There are few scenes where the nudity is awkward, but there are other times where it is quite lovely. Cassandra Delaney is a beautiful woman.

Umbrella Entertainment has a done a splendid job with the transfer of Fair Game.

Fair Game is presented in 2.0 DTS-HD MA and is quite loud and clear. The action never overpowers the dialogue.

The Blu-ray is positively packed with features. We have an audio commentary with the director and writer of the film. We also have an extended interview with Cassandra Delaney, which was initially recorded for the documentary Not Quite Hollywood. Also provided on the disc is behind the scenes footage, old news segments and some short films by director Mario Andreacchio. Lots to go through.