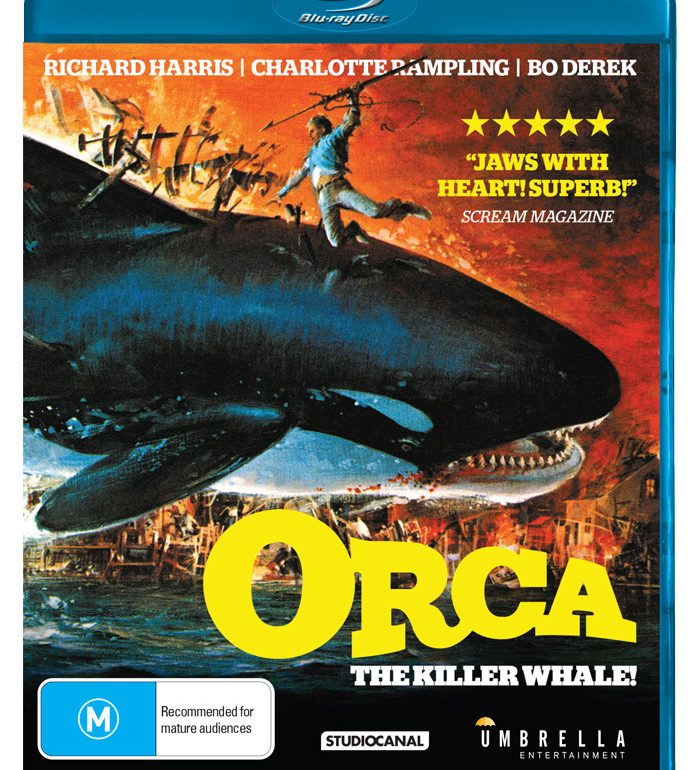 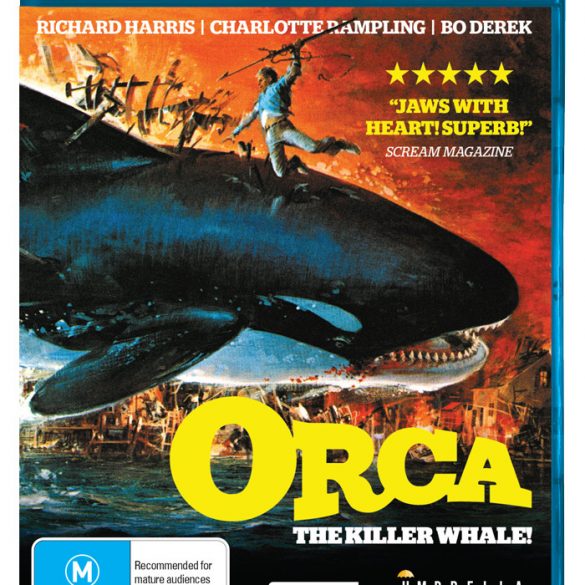 The 1977 release of Orca was problematic, mostly because it was a late contender to Jaws. It didn’t get much love with critics because of this not-unfair comparison, but it’s also somewhat unfair to view Michael Anderson’s film as a simple copycat – there are a slew of movies that directly ripped Jaws off, and that’s not the case here. Orca might focus on another nautical creature, and it might showcase the battle between man and sea beast, but the movie is a bit more complex than boiling it down to its requisite parts, and often Orca highlights a much older tale than Jaws: Herman Melville’s Moby Dick.

In all honesty, though, Orca‘s storyline is a lot cheesier than Moby Dick, and the plot requires audiences to suspend disbelief as Captain Nolan (Richard Harris), a sea poacher, is specifically targeted by a killer whale after Nolan kills the mother of his unborn child. The idea relies on believing that a whale (1) can have this much forethought and (2) actually partakes in monogamy. Still, the film uses a lot of exposition to try to sell this theme thanks to Rachel Bedford (Charlotte Rampling), a marine biologist who helps teach Nolan about whales and their behaviors.

Orca is a slow film, and it’s not always successful in keeping the killer whale in the spotlight. Too often it devolves into dialogue or wastes time contemplating Nolan’s debt to his seaside town after his whale rivalry causes mass destruction. But Anderson’s whale attacks are structured quite well, with suspenseful moments that utilize both real and well-crafted prop whales. The death scene of the mother whale is disturbing when an unborn fetus falls onto Nolan’s boat deck, and while it’s difficult to place all of the blame on him, Anderson at least gives some emotional depth to the killer whale attack while also crafting some sympathy for the creatures.

And that’s what makes Orca less a copycat of Jaws than an inspired follow-up. The film takes advantage of Jaws’ popularity but it also tries to make its own story out of Nolan’s hunt for his own white whale. While Orca could benefit from some better editing and a speedier, more eventful story, it’s still a successful film on its own, especially when the viewer intentionally refrains from Jaws comparisons. It’s at least worth a watch simply because Harris often put himself in mortal danger during the role; don’t let his risks go unrewarded.

Orca has had some international releases but Umbrella Entertainment brings the film to Australian Blu-Ray shelves with an excellent transfer, with very minor specks, dirt, and debris at times. Some outdoor scenes, mostly set against blue sky, show some heavy grain, but for the most part this is a clean transfer with no real flaws besides some heavy blacks in dark lighting. For audio, Umbrella have provided both a 5.1 and Mono DTS-HD Master Audio track. Both are solid with no issues, and probably most will want to go with the 5.1 for the added depth. English subtitles are also included.

This Blu-Ray is somewhat lacking in extra features, but Umbrella does provide an audio commentary with historian Lee Gambin, as well as a four minute interview with Martha De Laurentiis about her experiences and her husband Dino’s work on the film. Also included is a trailer. While it would have been nice to have some more bonus content (interview with Bo Derek, maybe?), it’s still nice to have Orca on Blu-Ray with a quality transfer and a couple of extras.