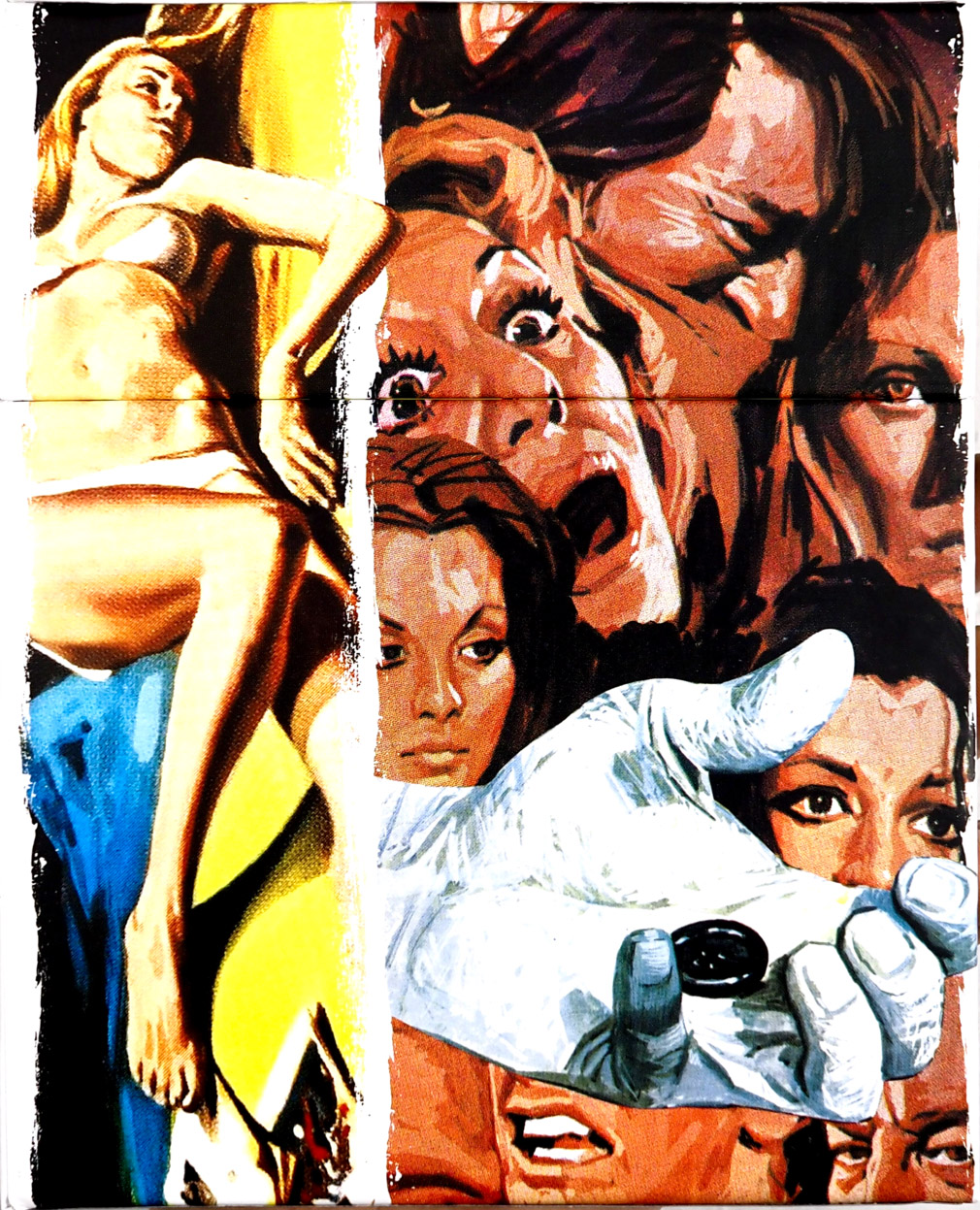 Trauma
Police are Blundering in the Dark
The Killer is One of 13
Video Quality
Audio Quality
Special Features
Packaging
Reader Rating0 Votes
3.8

There are plenty of movies out there we have never even heard of, but thanks to cult film companies like Vinegar Syndrome, we are getting the chance to finally check them out. Forgotten Gialli Volume 1 collects three rather unknown Gialli films from the 70s, boasting new 2k scans from original camera negatives, an impressive boxed case, a couple of commentaries, and promotional galleries. The set is limited to 5000 units and is currently available at Vinegar Syndrome.

First up in the set is Trauma, a Giallo from 1978, directed by León Klimovsky, whose previous efforts included A Dragonfly for Each Corpse and The Vampires Night Orgy. It stars Heinrich Starhemberg (The Dracula Saga) as Daniel, a writer who is running away from his wife for reasons unknown. He ends up at a secluded inn run by the beautiful Ágata Lys (The Return of the Musketeers), a woman named Veronica who gets angry when guests show up to book a room, which begs the question as to why she is even operating an inn. The only person Veronica doesn’t get angry with is Daniel, as she seems to be infatuated with him. It very well could be his dashing looks.

As Daniel tries to get into the groove of writing, other guests show up like a couple of stranded hikers who get busy getting busy. It seems this naughty sort of business isn’t allowed at the inn as the couple are slain by an unknown assailant wielding a straight razor (black gloves also included of course). Daniel doesn’t become too suspicious of the missing couple the next day, even when he finds bloody sheets in the lake. He seems too busy getting to know the local boy, who may or may not be real. Meanwhile, Daniel’s wife is worried about him disappearing, so she heads out to find him. As more guests show up, the bodies start piling up, and the killer is eventually revealed. As to whether the reveal surprises you is dependent on how many horror movies you’ve seen before.

Trauma has a predictable enough story that you will probably guess in the first few opening frames. The rather odd way the movie ends does leave a few open-ended questions, but those seem more like unintentional plot issues than an actual attempt at complexity. What Trauma does right, though, is serving up ample amounts of nudity to wet any hounds appetite. The flesh is on display from pretty much all the key players in the film. Not only is the flesh there to look at, but it’s also there to be slashed apart by a straight razor. Although not heavy in the practical effects, with the film resorting to blood splashed on the person to simulate gushing wounds, we do get the occasional effect even if results are hit or miss.

Although Trauma failed to make an impression all those years ago, it certainly deserves a second chance as despite the limited budget, the film provides a thrilling enough experience for any Giallo fan.

Police are Blundering in the Dark Movie Review

The second film included in Vinegar Syndrome’s boxed set is the wonderfully titled Police are Blundering in the Dark. Released in 1975 and directed by Helia Colombo (his only directorial attempt), the film stars a smorgasbord of unknowns who are wrapped up in a twisted plot of murder, sex, and futuristic photography.

The movie sees a group of nude models being slashed by a scissor-wielding psycho, whose motive is so paper thin, you wouldn’t even need scissors to cut it. When one such model is slain, her friend/potential lover Giorgio D’Amato begins an investigation into her disappearance that leads him to the Parisi estate. The head of the estate, Edmondo Parisi (Edward Furlong’s 70s twin) invites Giorgio in, but not to help him find the missing girl, instead to wine and dine him and take hidden photos of the man with Parisi’s niece Sara (Elena Veronese). However, these aren’t normal photos, no, they are photos that reveal what the mind is thinking. This rather strange plot device is inserted into the film mainly as a way for the killer to be revealed, much like the plot device in Dario Argento’s Four Flies on Grey Velvet.

Featuring only three murders in the entirety of its 87-minute runtime, Police are Blundering in the Dark is an odd flick. There are long stretches where nothing happens, and it will more than likely cause any strong-willed viewer’s attention span to wane. The only thing that it has going that will most likely perk you up is the film’s loose morals when it comes to nudity, as every killing in this film happily features a woman topless. I do say bravo to the makers for that decision.

Police are Blundering in the Dark disappointed when it first premiered, and even years later it still will disappoint many who are going in expecting an impressive Giallo based on that fantastic name. Nevertheless, the nudity is plentiful, the kills – albeit few and far between – are bloody, and the ending is wacky-doodle enough that you’ll want to check it out just because.

The Killer is One of 13 Movie Review

The third and final movie in the boxed set is The Killer is One of 13, released in 1973 and directed by Javier Aguirre (The Hunchback of the Morgue). Of the three, Killer seems to have the biggest budget and the most recognizable faces from various other Gialli.

If you’ve ever read or seen the many adaptations of Agatha Christie’s And Then There Were None, you’re going to immediately recognize the plot for The Killer is One of 13. Although no credit for the story is given to Christie’s classic tale of murder, writers Javier Aguirre and Alberto S. Insúa are clearly borrowing the plot device for their script. On the 2nd anniversary of her husband’s death, Lisa Mandel (Patty Shepard) invites 13 people that she suspects had a hand in the murder of her husband. The 13 consist of beautiful women, one bachelor (Simón Andreu) that all the women are fawning over, and several jealous husbands that have to be rich as it’s the only explanation for the marriages. Of course, everyone denies having anything to do with the murder, but as the days unfold we learn more and more about the dirty laundry each of the guest’s harbour. As secrets become revealed, the killer starts murdering the guests one by one.

Of the three films included, The Killer is One of 13 seems the least likely to be recognized as your standard Giallo. Sure, we have the normal black-gloved killer dispatching people here and there, but the film seems to have a zero-tolerance policy with nudity that is very disheartening. There is sex happening in the film, but they shy away just before any sort of flesh might be shown. After watching Trauma and Police are Blundering in the Dark, this comes as quite a shocker.

Another thing that might turn people off the movie is the fact it is very heavy when it comes to dialogue. Thankfully, the dialogue is so strong (well, the English subtitles are at least) that you’ll hardly be bored when the time comes to take an extended break from the violence. The dialogue allows for lots of character development, which helps raise the movie above others of its kind. What doesn’t help the movie’s value is the random bits of weird sound effects and wonky Star Wars-esque scene transitions.

Frankly, when it comes to The Killer is One of 13, the only true disappointment (besides the lack of nudity) is the ending. When the murderer is finally revealed, the motive feels flat and hardly satisfying. I was hoping for a more shocking conclusion, but instead, we were served up something tired and cliche.

Trauma features a new 2K scan of the original camera negative, which can look quite rough at times with dirt and scratches showing up during certain scenes. However, there are plenty of times where the print looks quite nice, with the countryside looking lush and vibrant. Although the film can appear soft, I believe this is more of an issue with the film and not the transfer, as the film grain appears sharp and even. Audio is presented in DTS-HD Master Audio Mono, with dialogue coming through loud and clear. No noticeable instances of hiss or distortion appear to be present. There are, however, plenty of dubbing issues, but that is inherent when ADR has been used. English subtitles are included with no spelling mistakes.

Police are Blundering in the Dark Blu-ray

Police are Blundering the Dark fares the same with the 2K transfer from the original camera negative. It has moments of dirt and scratches, and one scene where the colour goes wonky and quite green, but other than that the film’s transfer is impressive given the budget and age of the movie. Audio is DTS-HD Master Audio Mono, and like Trauma it has moments where the dubbing is way off, but like before it’s just something that happened with these older foreign films that we all love. English subtitles are included and I am led to believe that any stilted dialogue is the problem of the script and not the subtitles.

Extra features include a historical audio essay with film historian and critic Rachael Nisbet. She talks about the lack of notable skill with pretty much everyone involved in the movie before wrapping up the essay with a bit of a plot summarization. Also included is yet again another very short Promotional Gallery.

The Killer is One of 13 Blu-ray Review

The Blu-ray for The Killer is One of 13 also sports a new 2K transfer from the film’s original negative and the results are strong for the most part. We have some dirt that tends to hang around on the bottom of the frame, but it never ends up becoming distracting. I didn’t notice much in the way of damage with the print, and the film grain was clean and even. Colours are rich and the blood is bright red. Just the way I like it. Audio is presented in Spanish DTS-HD Master Audio Mono, with no issues of hissing or distortion creeping up. The dialogue was clean, but of course, we do have the ADR issues like the other two films.

Extra features include an audio commentary with author and Editor-In-Chief of Diabolique Magazine Kat Ellinger, and a slightly longer Promotional Gallery. That’s it, that’s all.

Forgotten Gialli Volume 1 is a strong start to what will hopefully be a long-running series from Vinegar Syndrome. Each film offers something to entice Gialli fans and the presentation when it comes to the packaging and artwork are top of the line. This release is highly recommended. 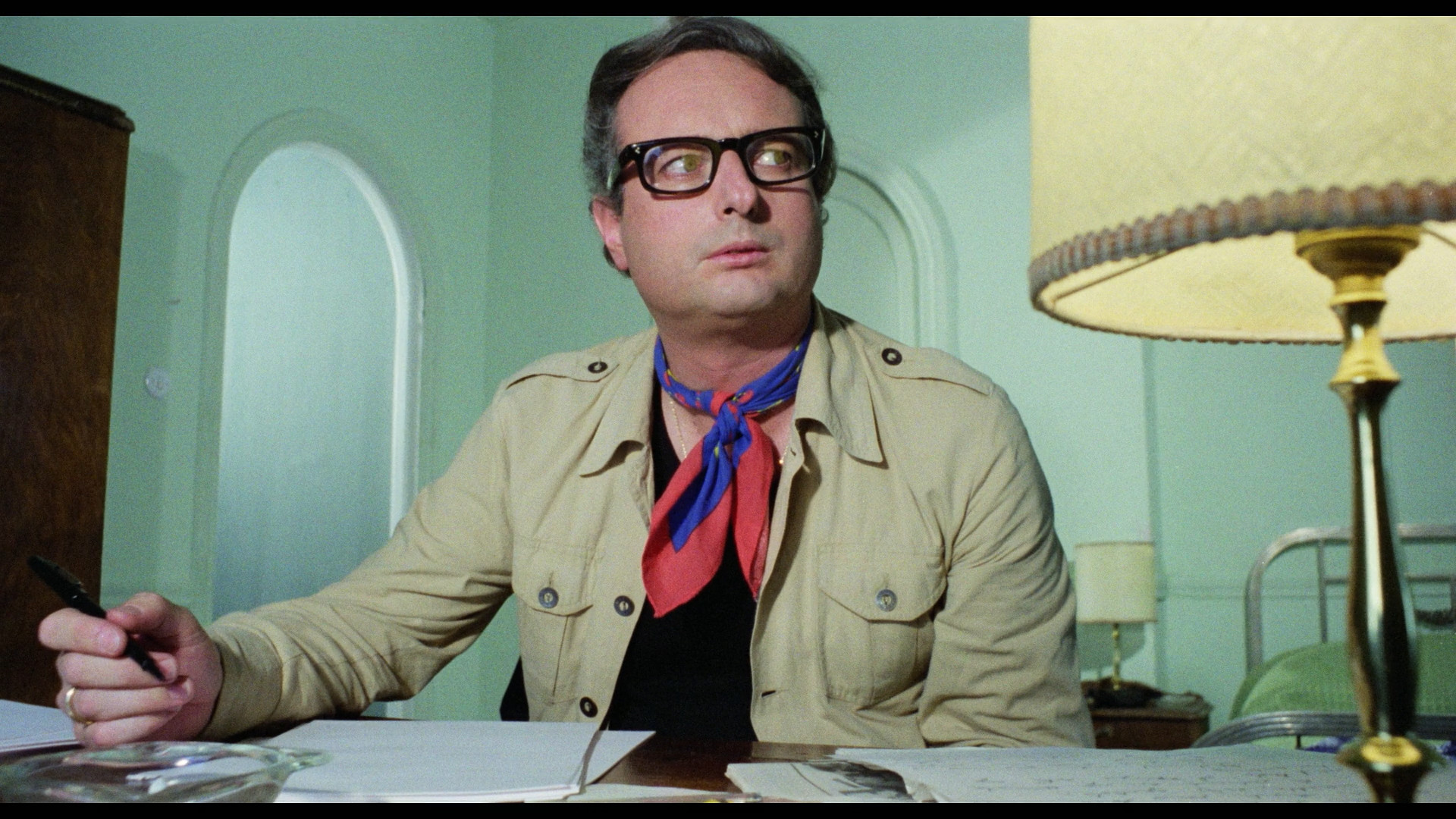 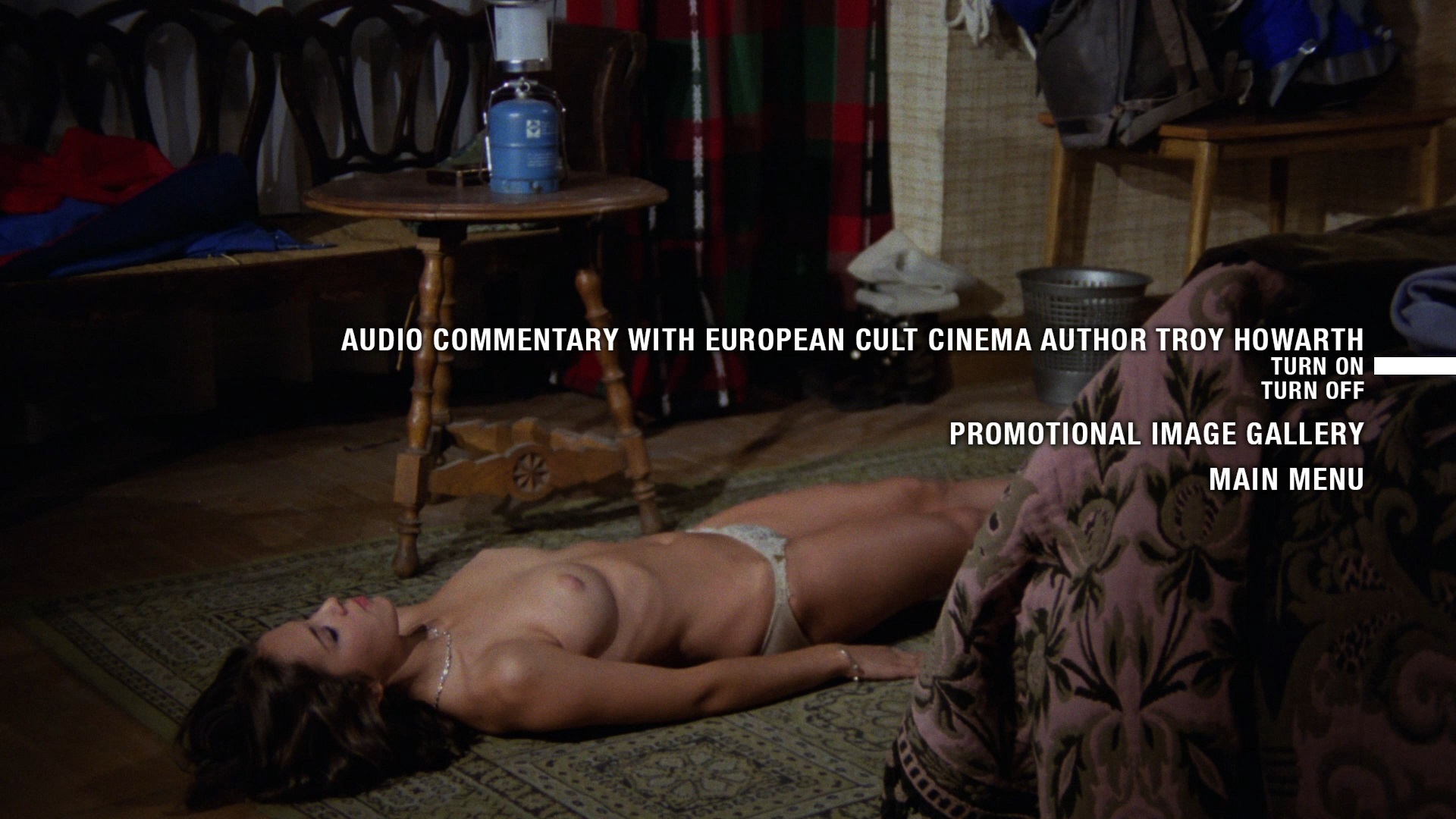 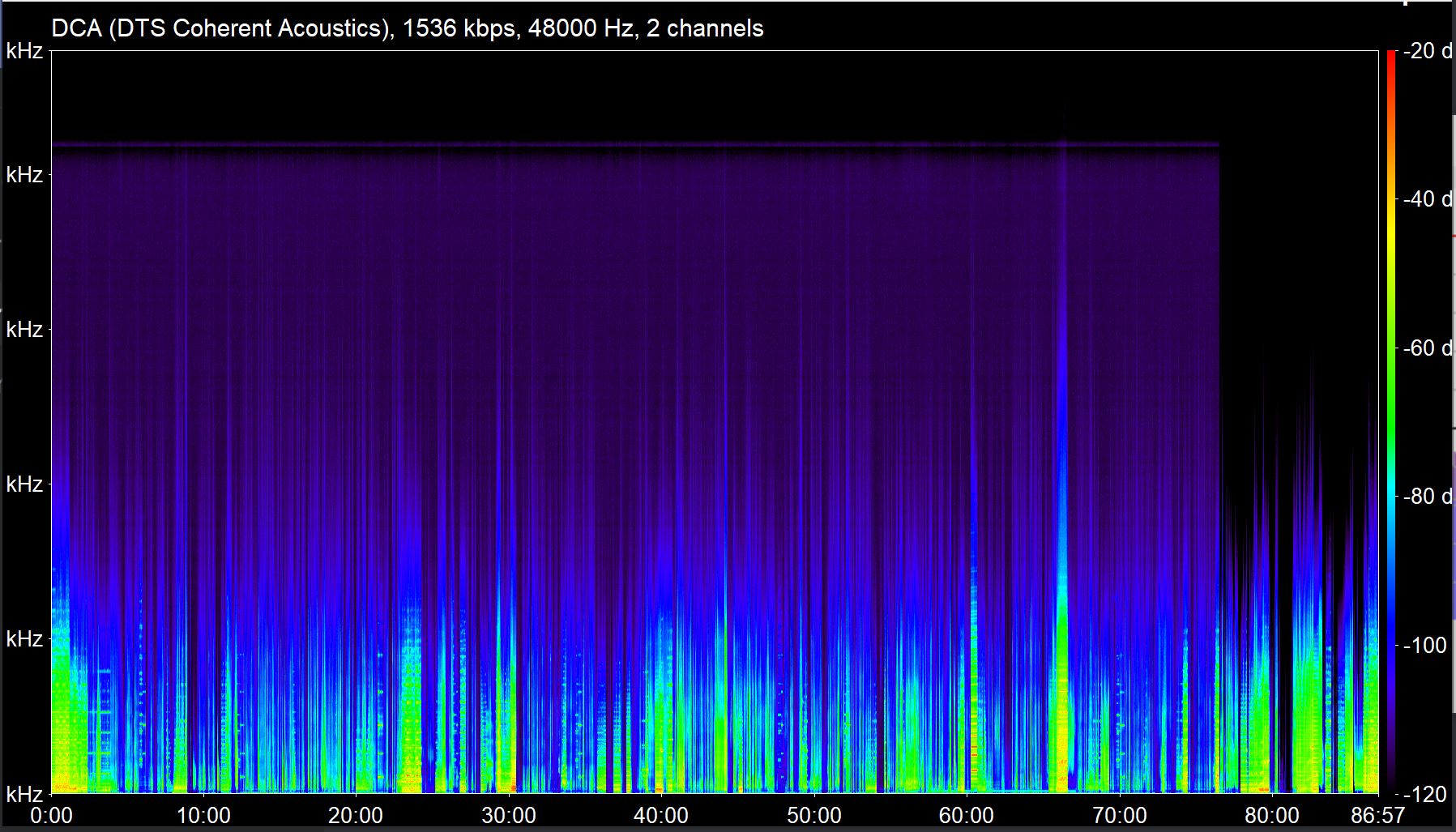 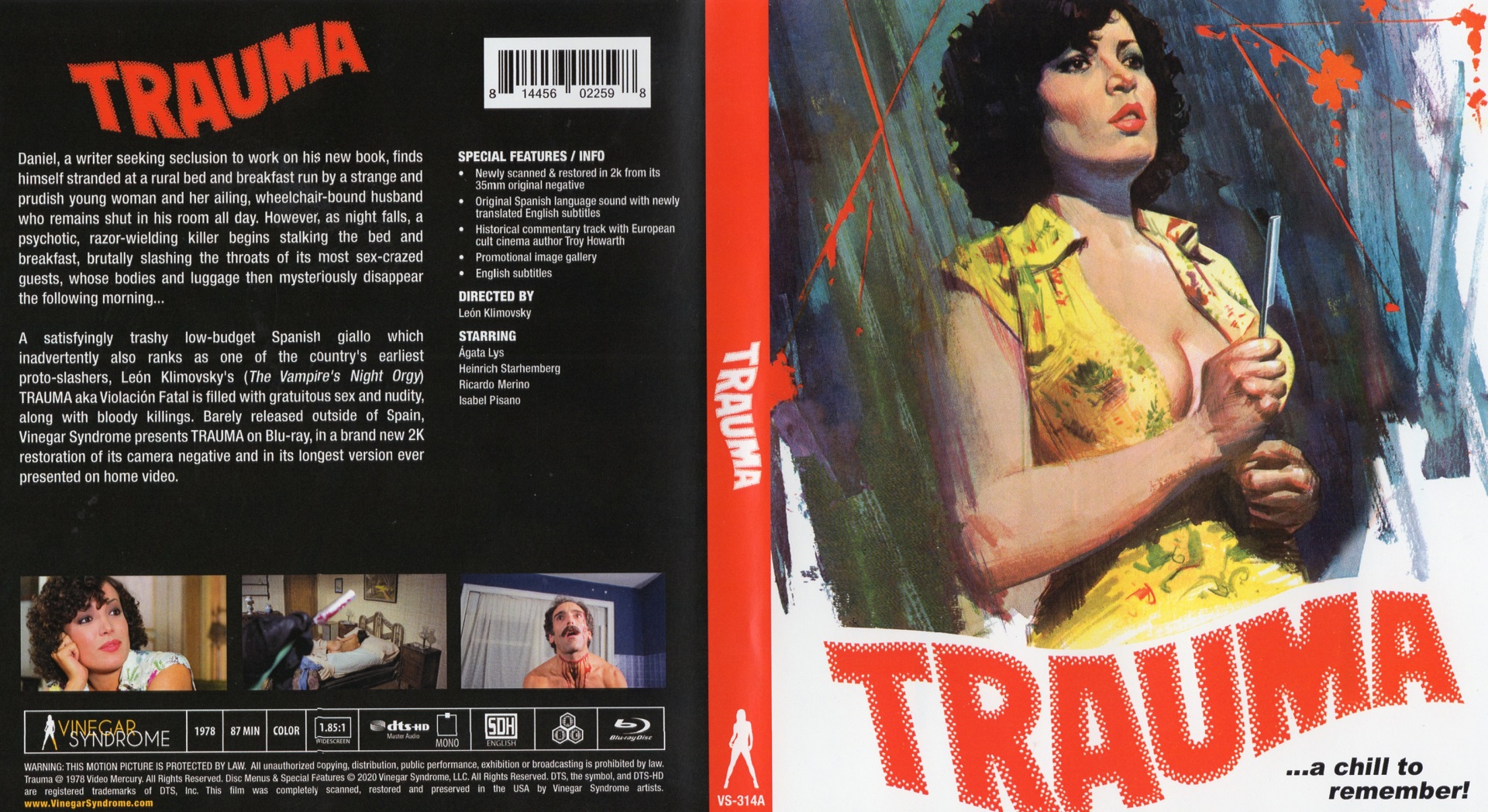 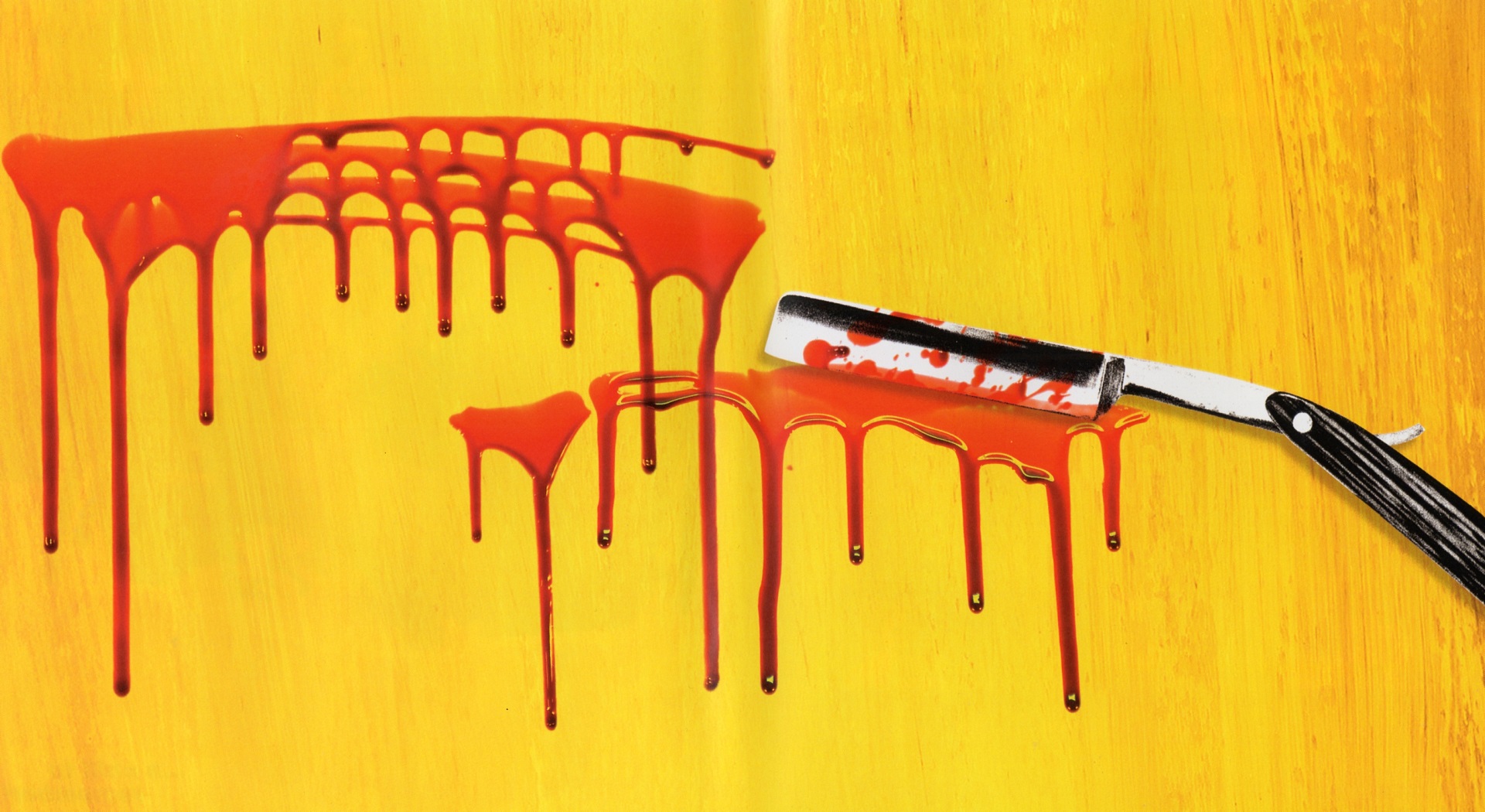 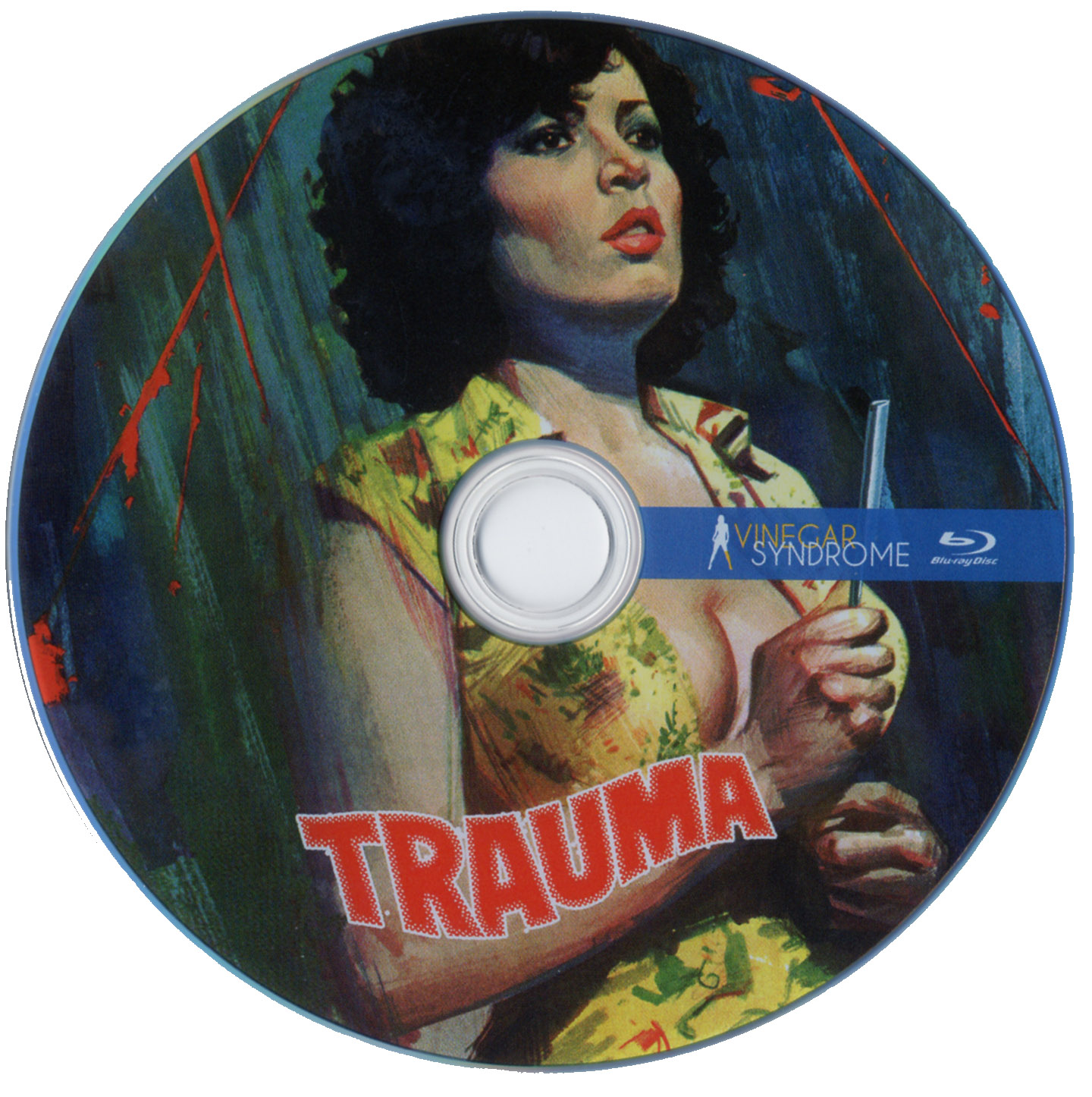 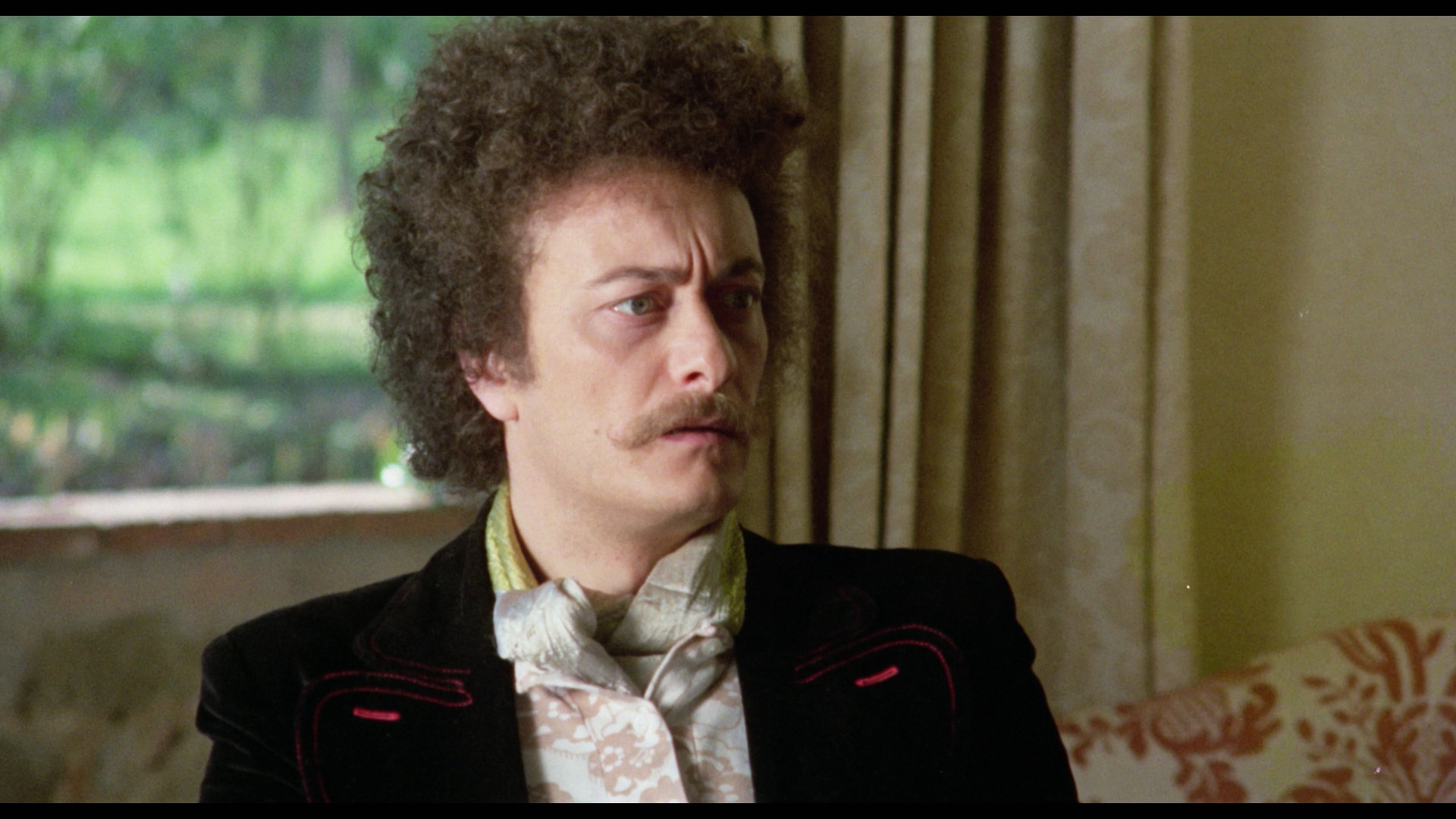 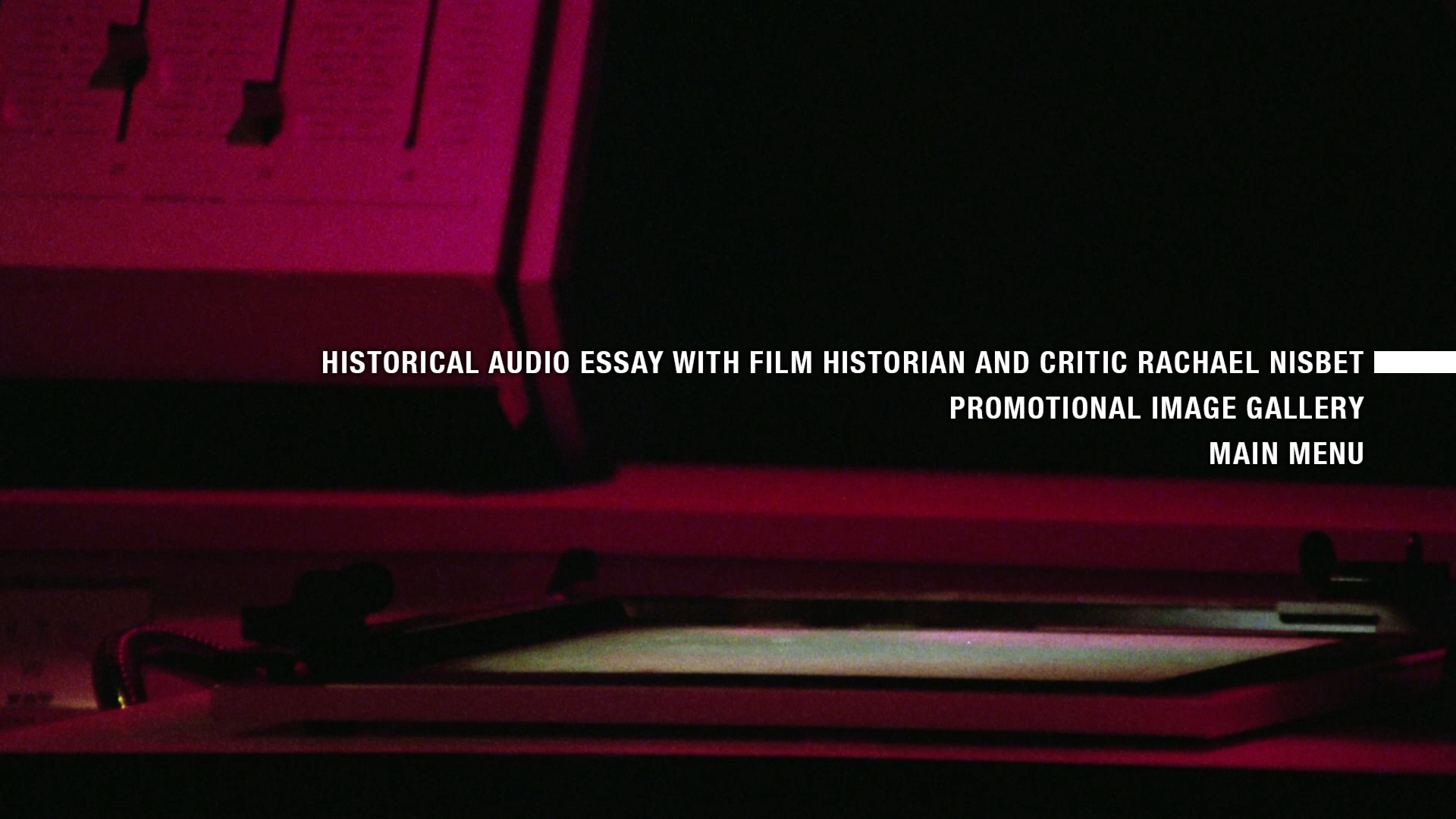 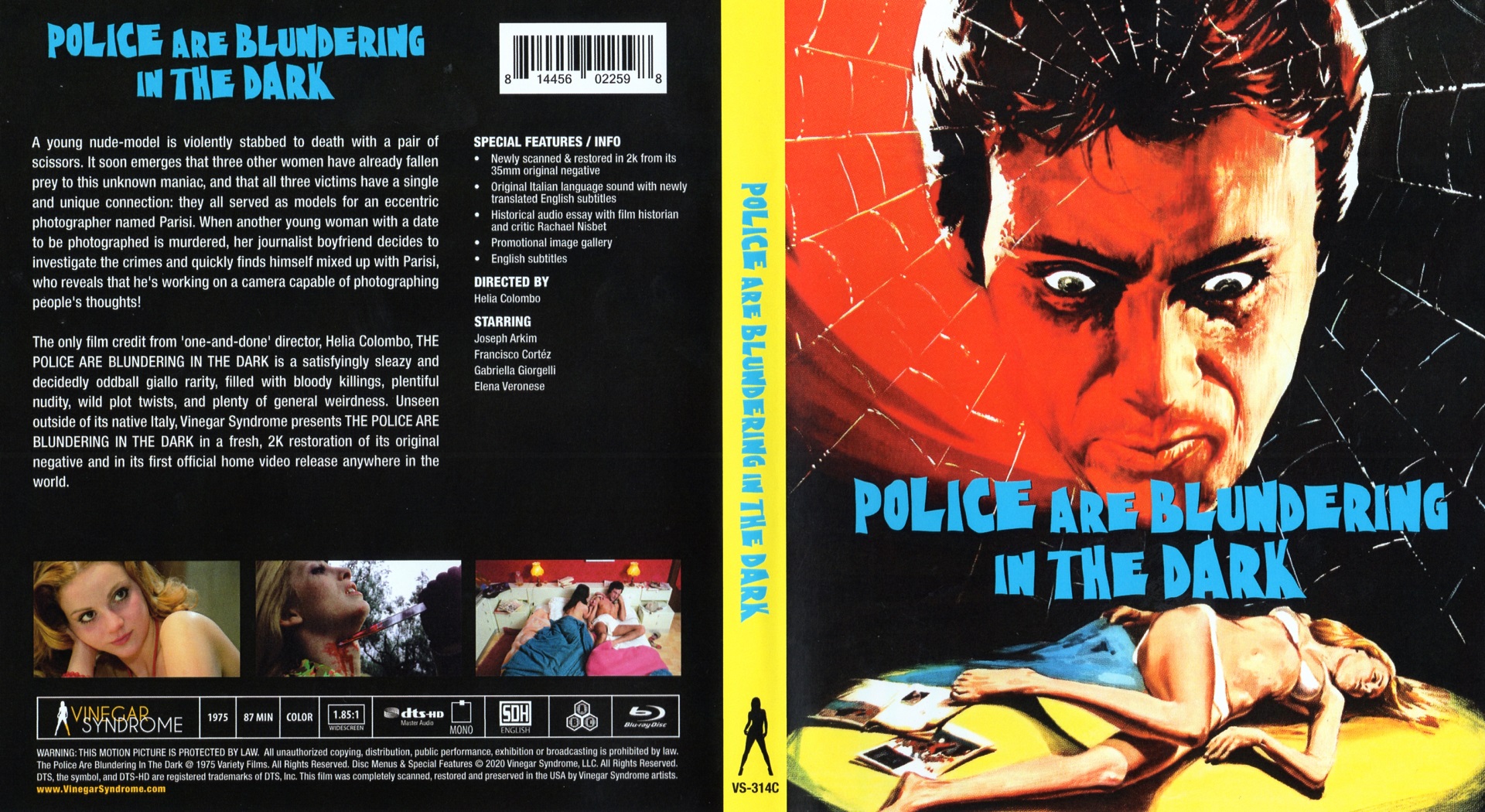 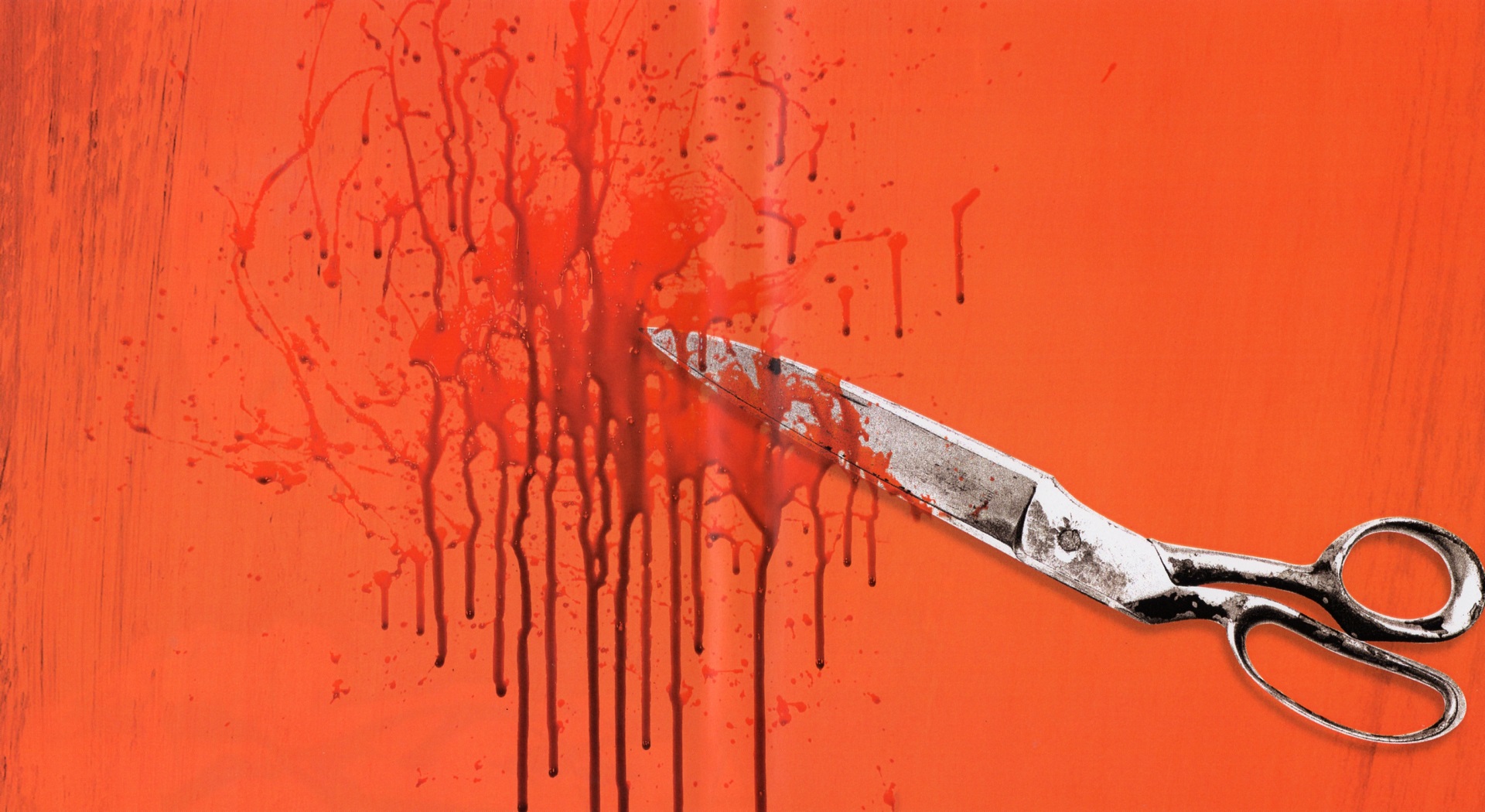 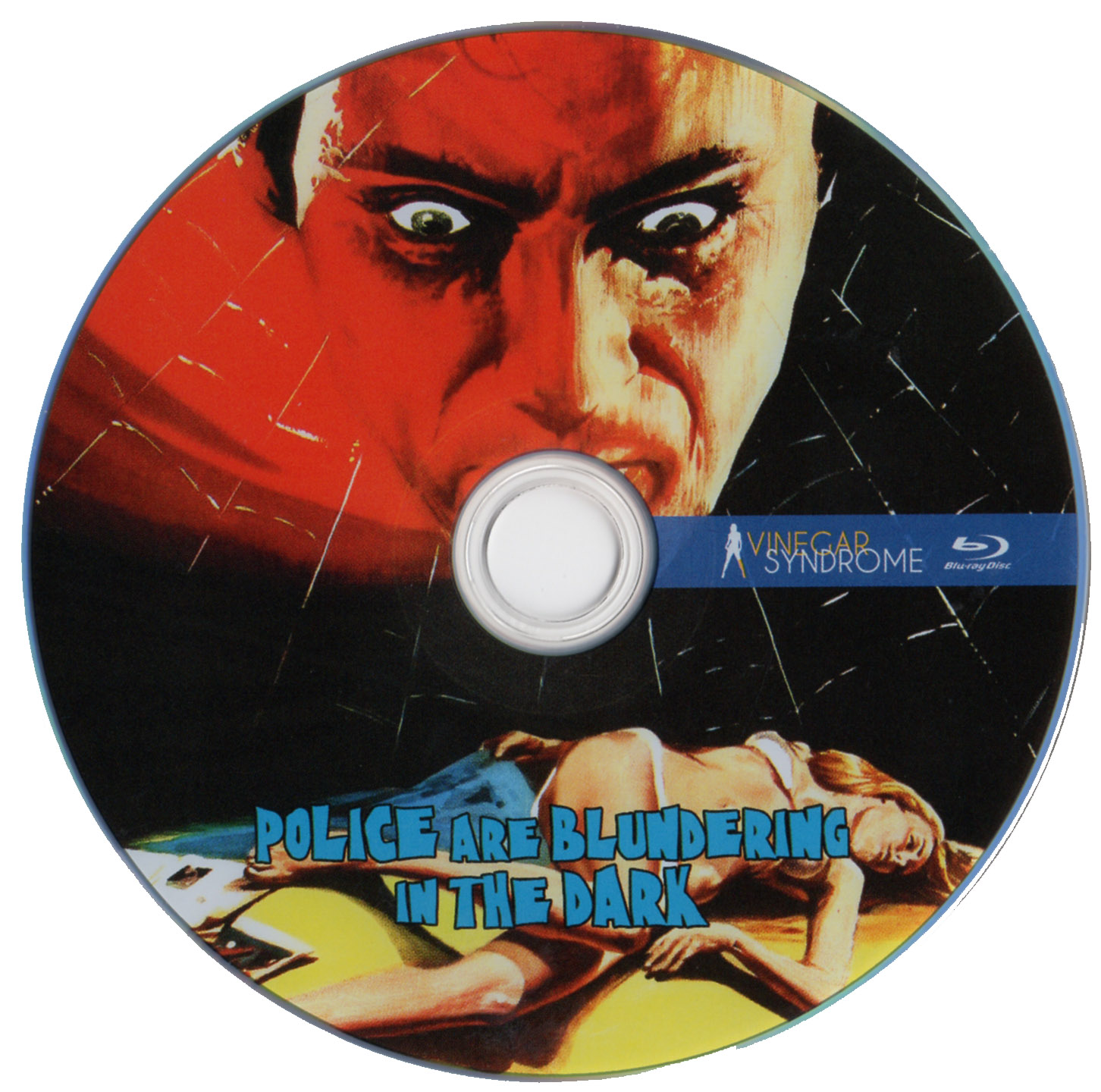 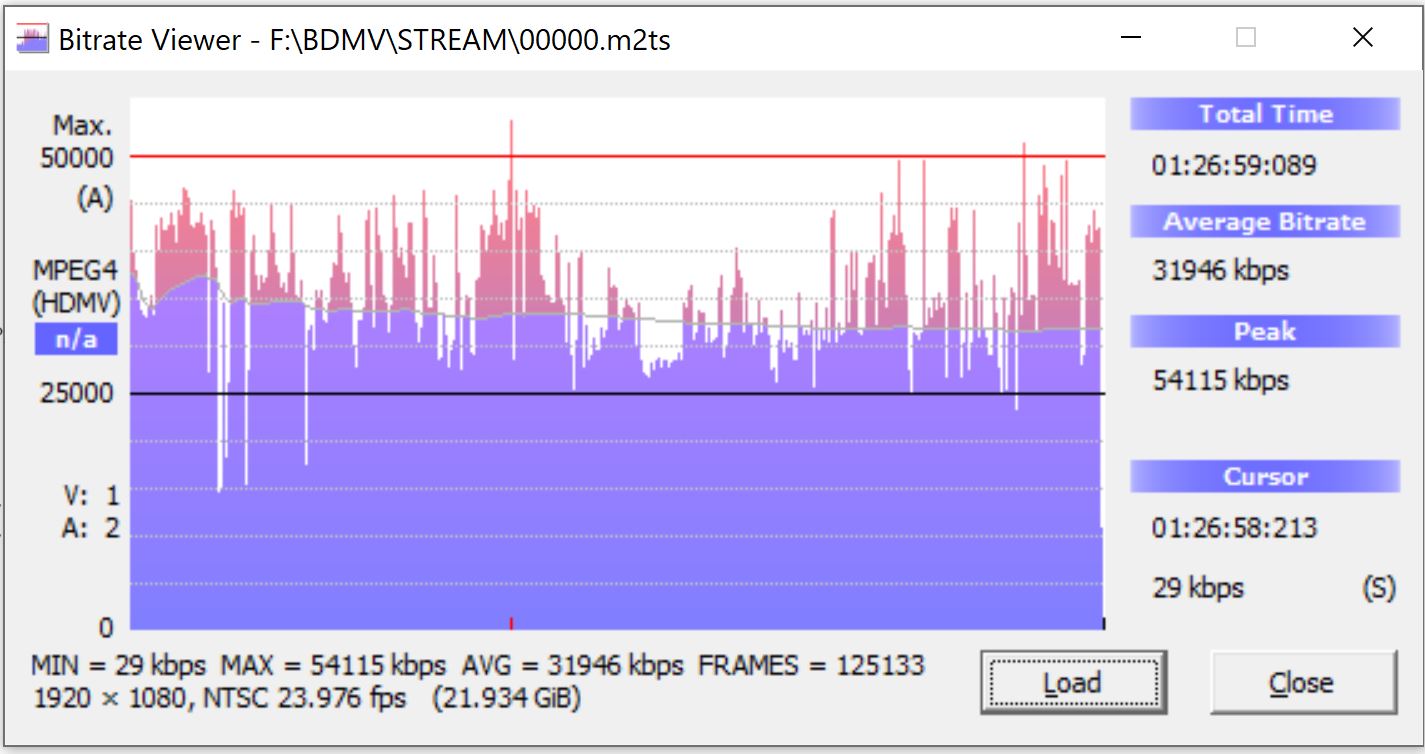 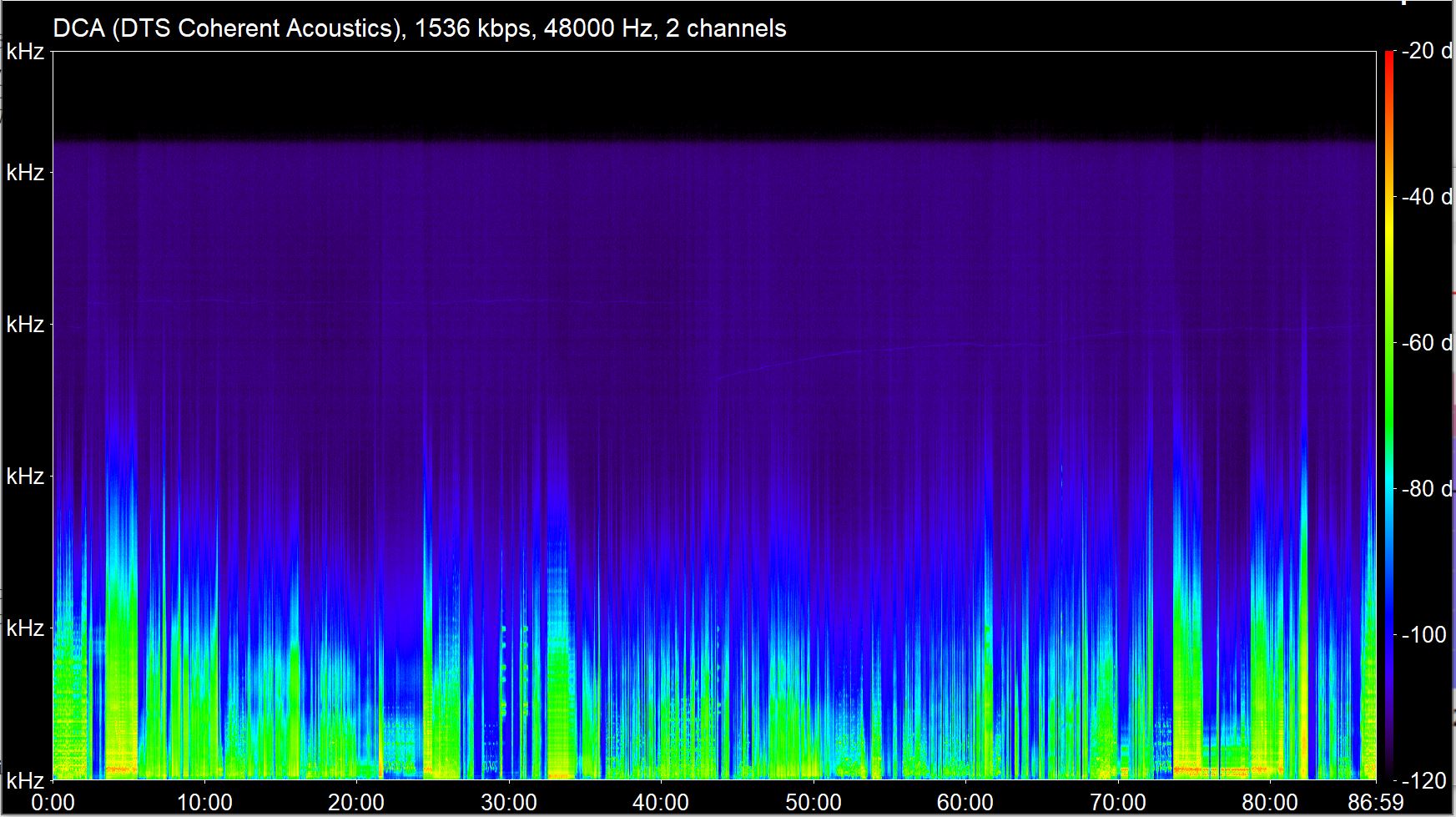 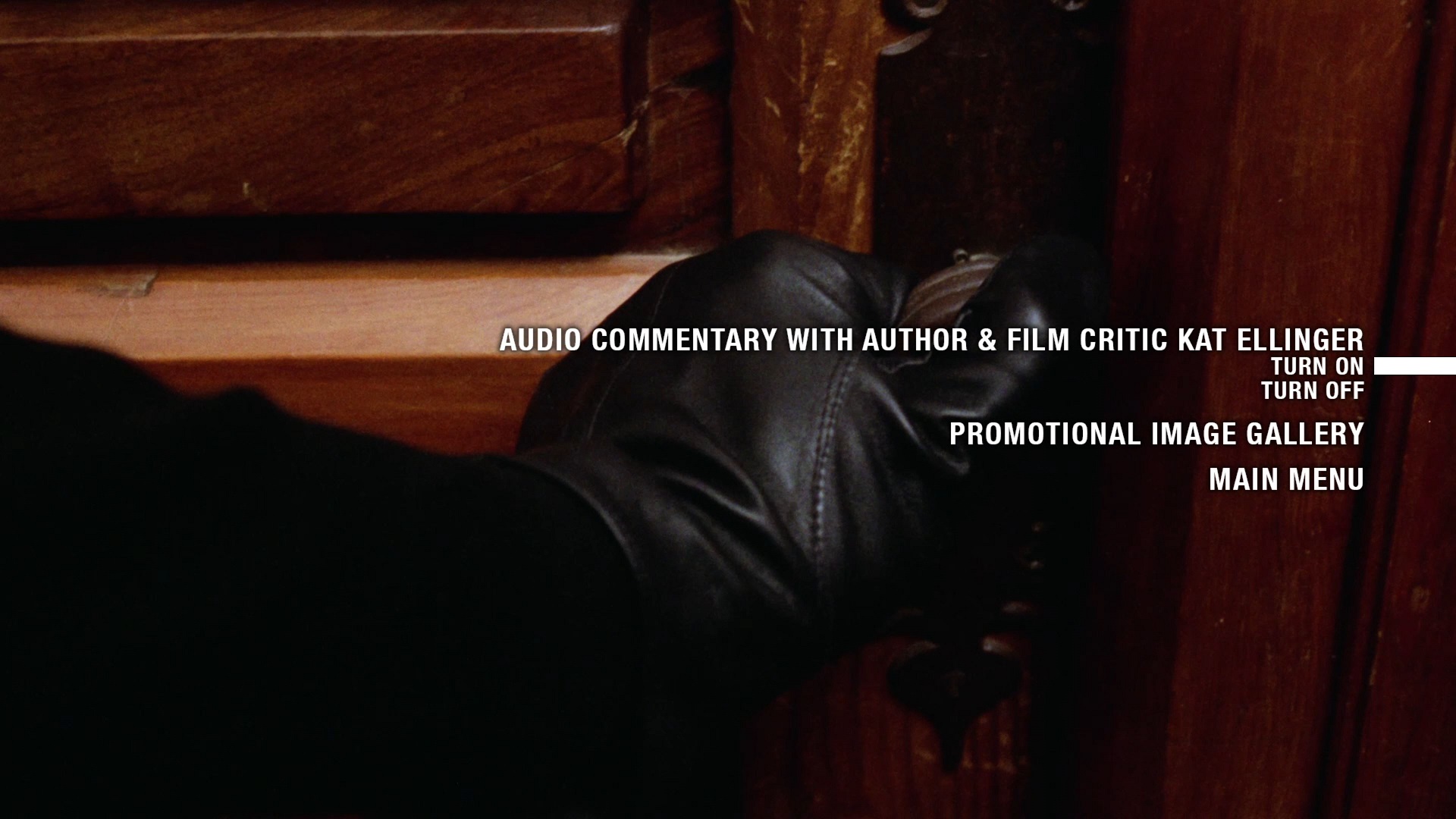 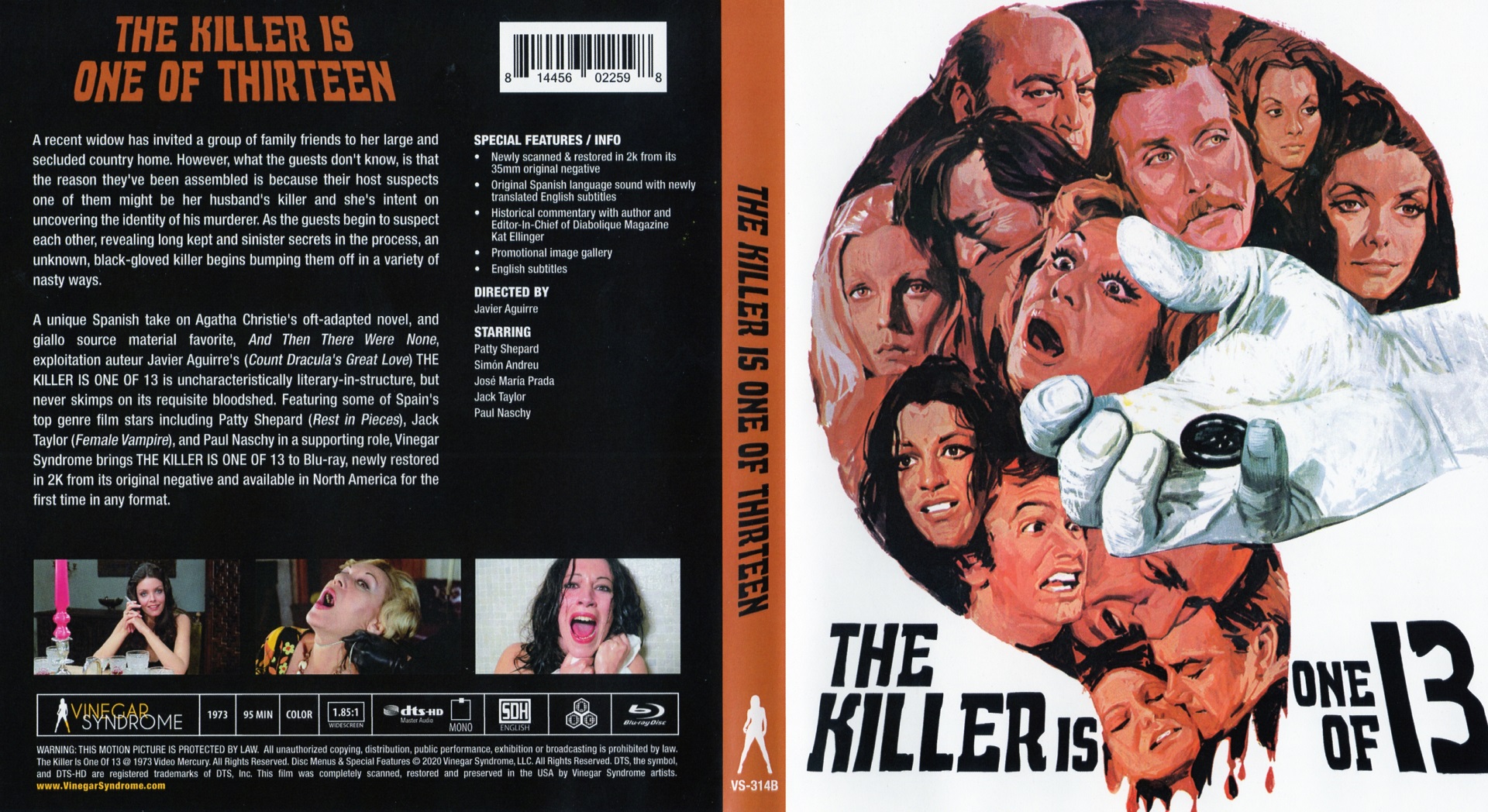 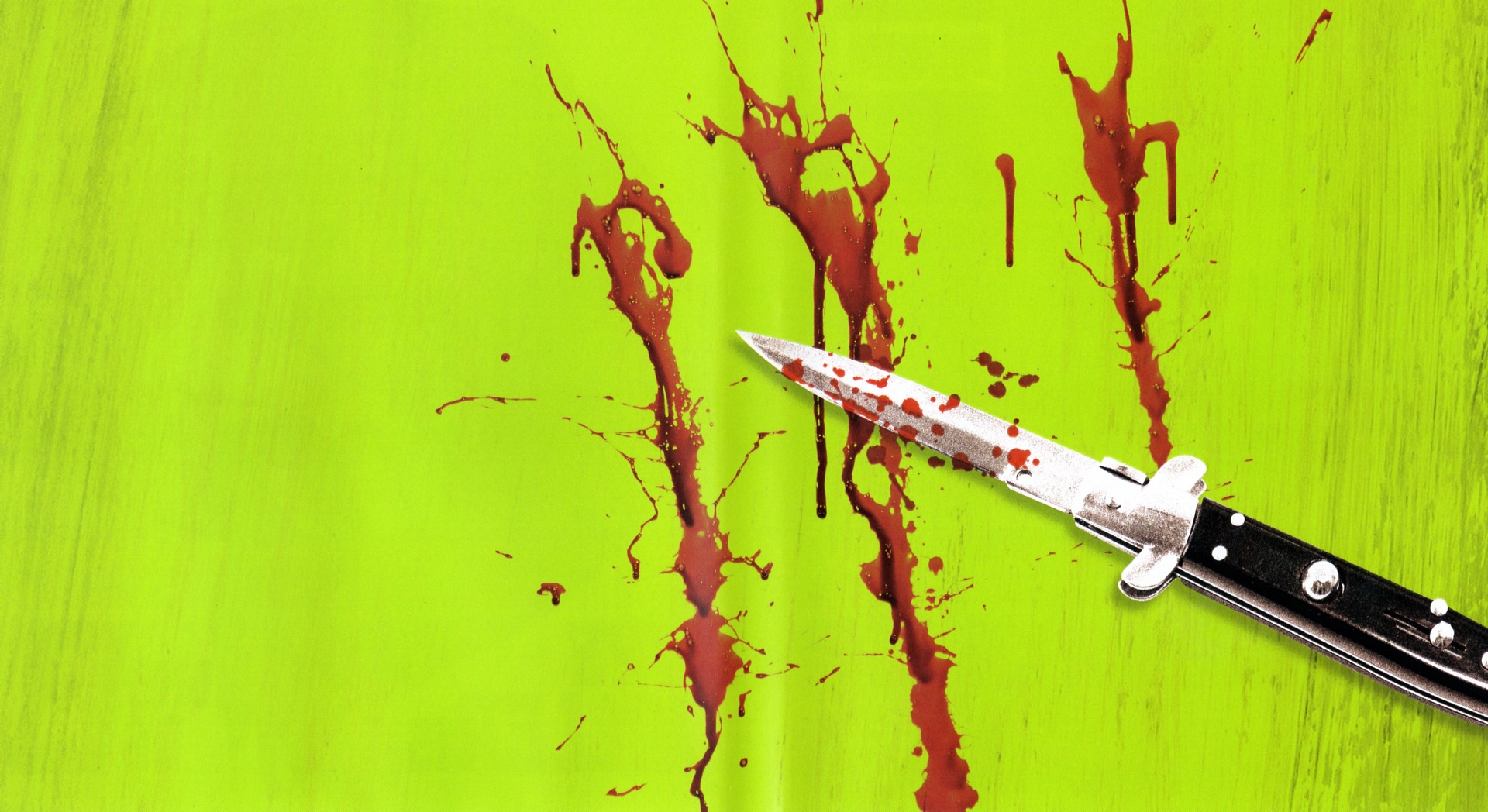 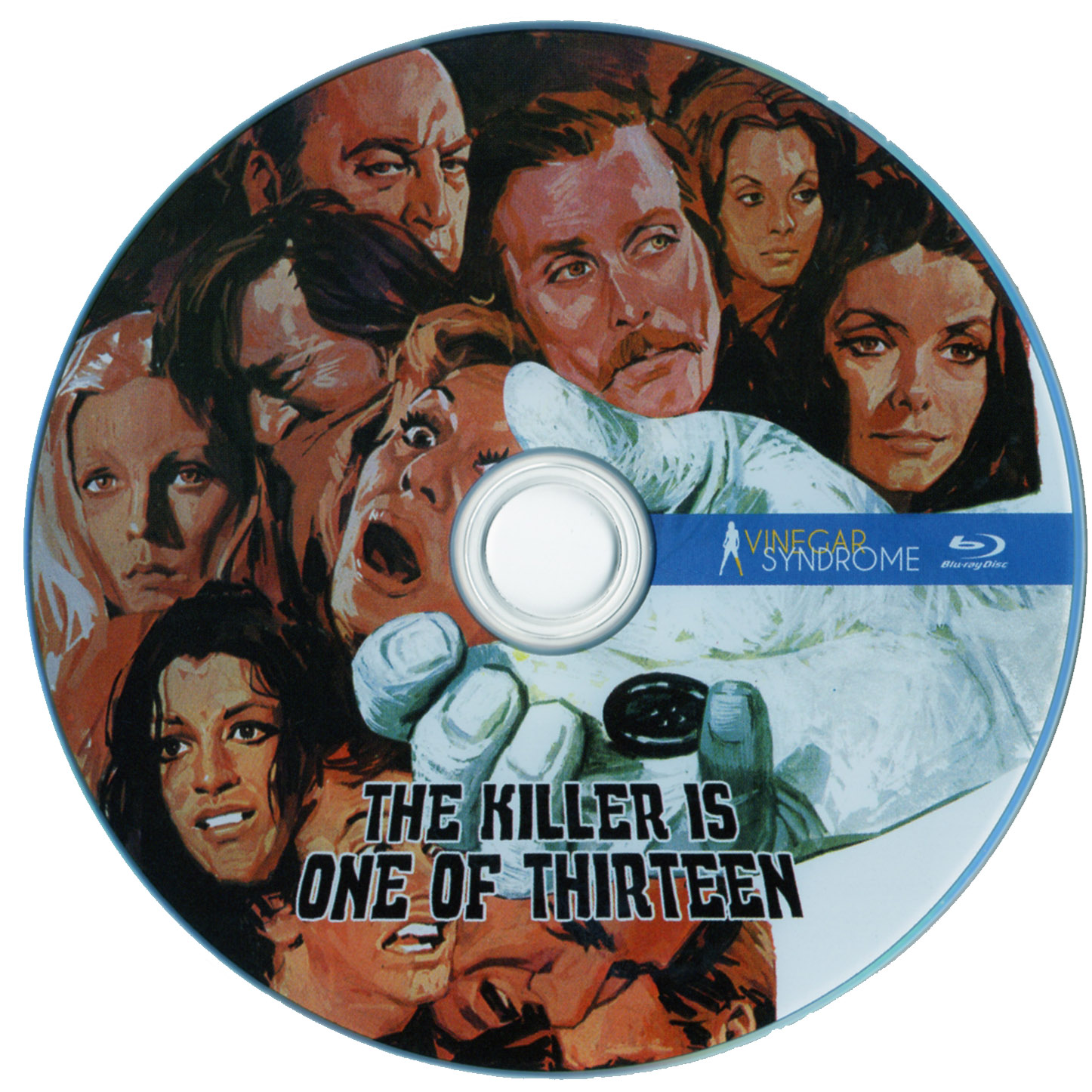 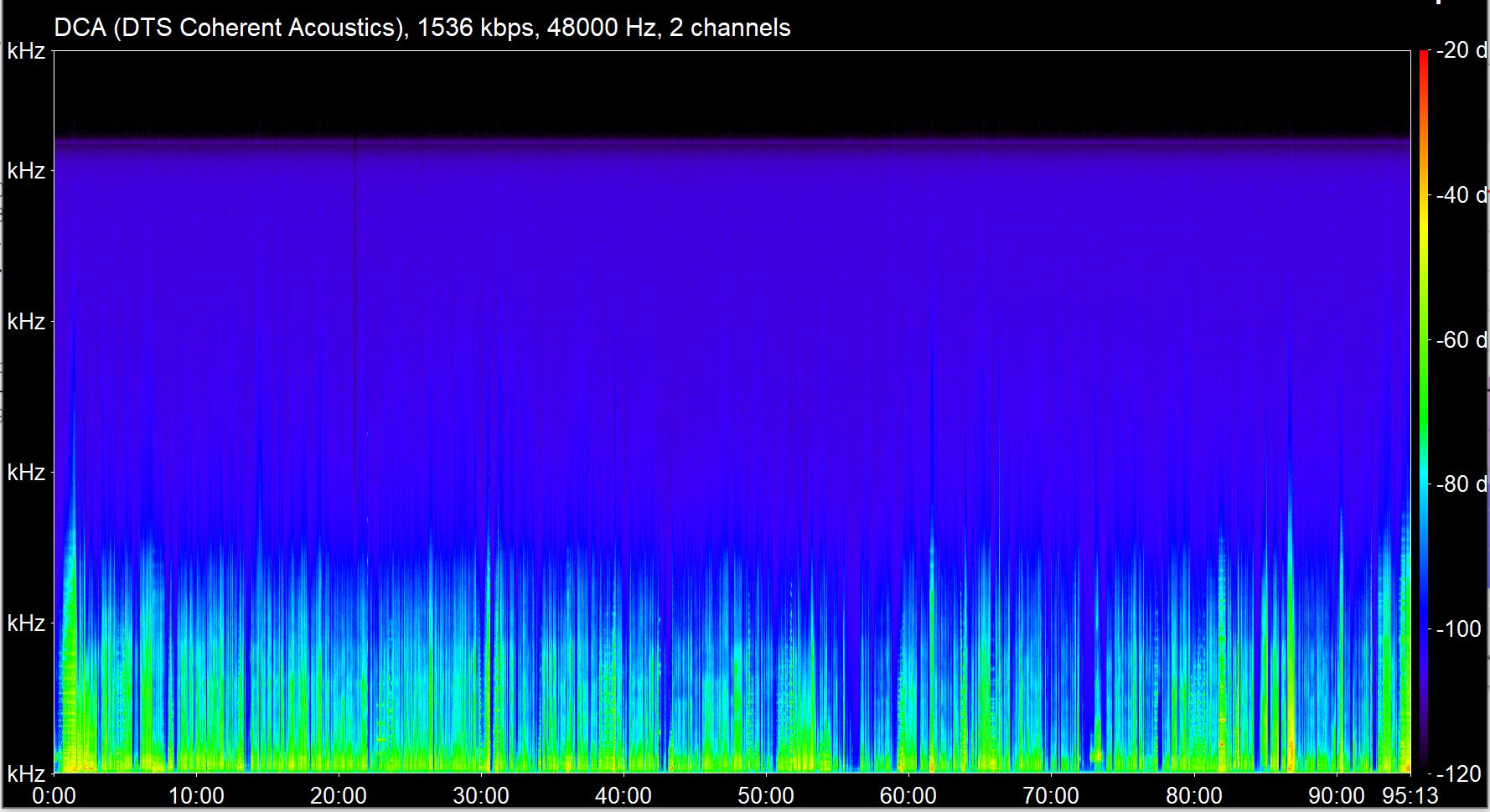 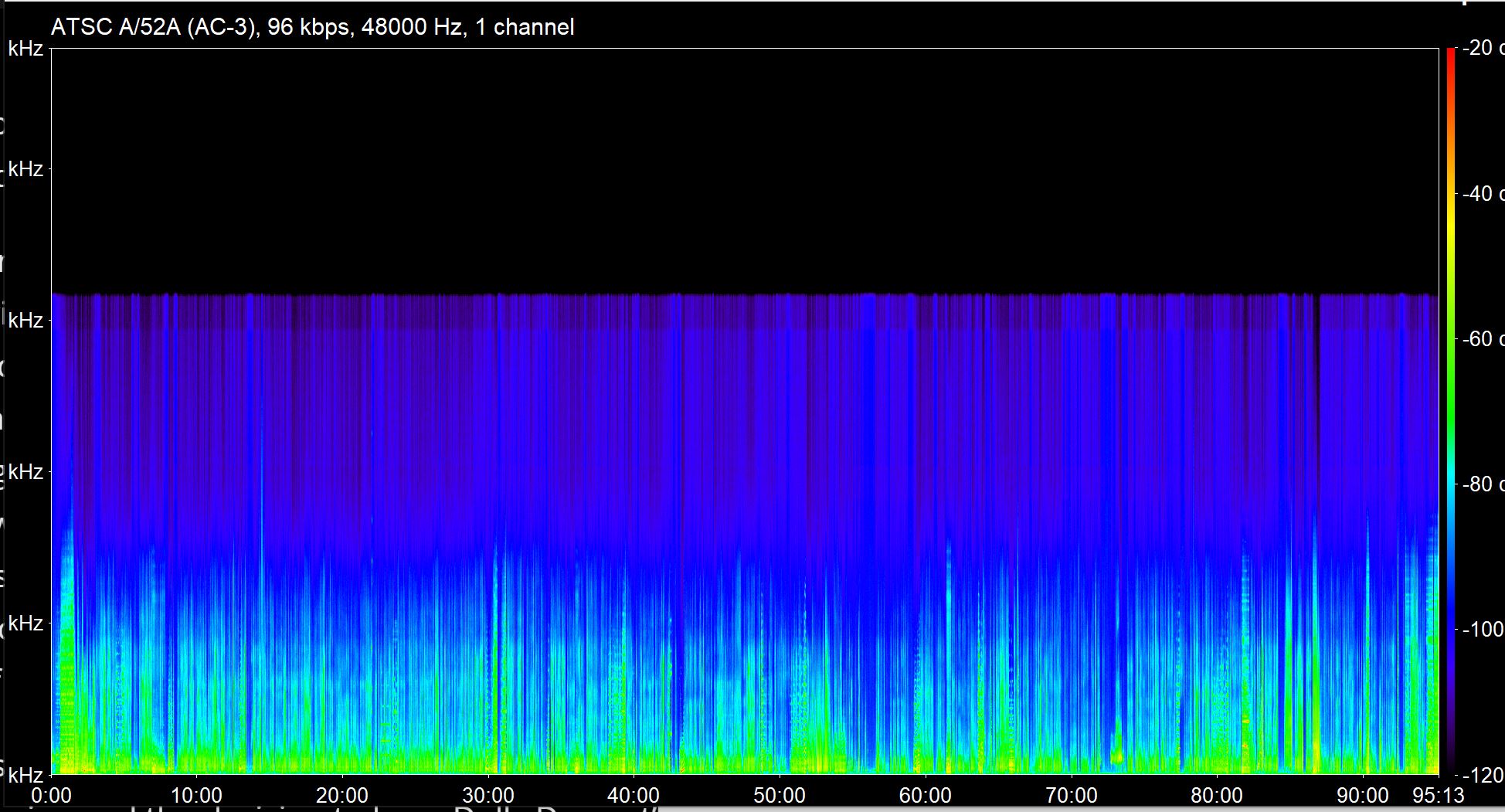