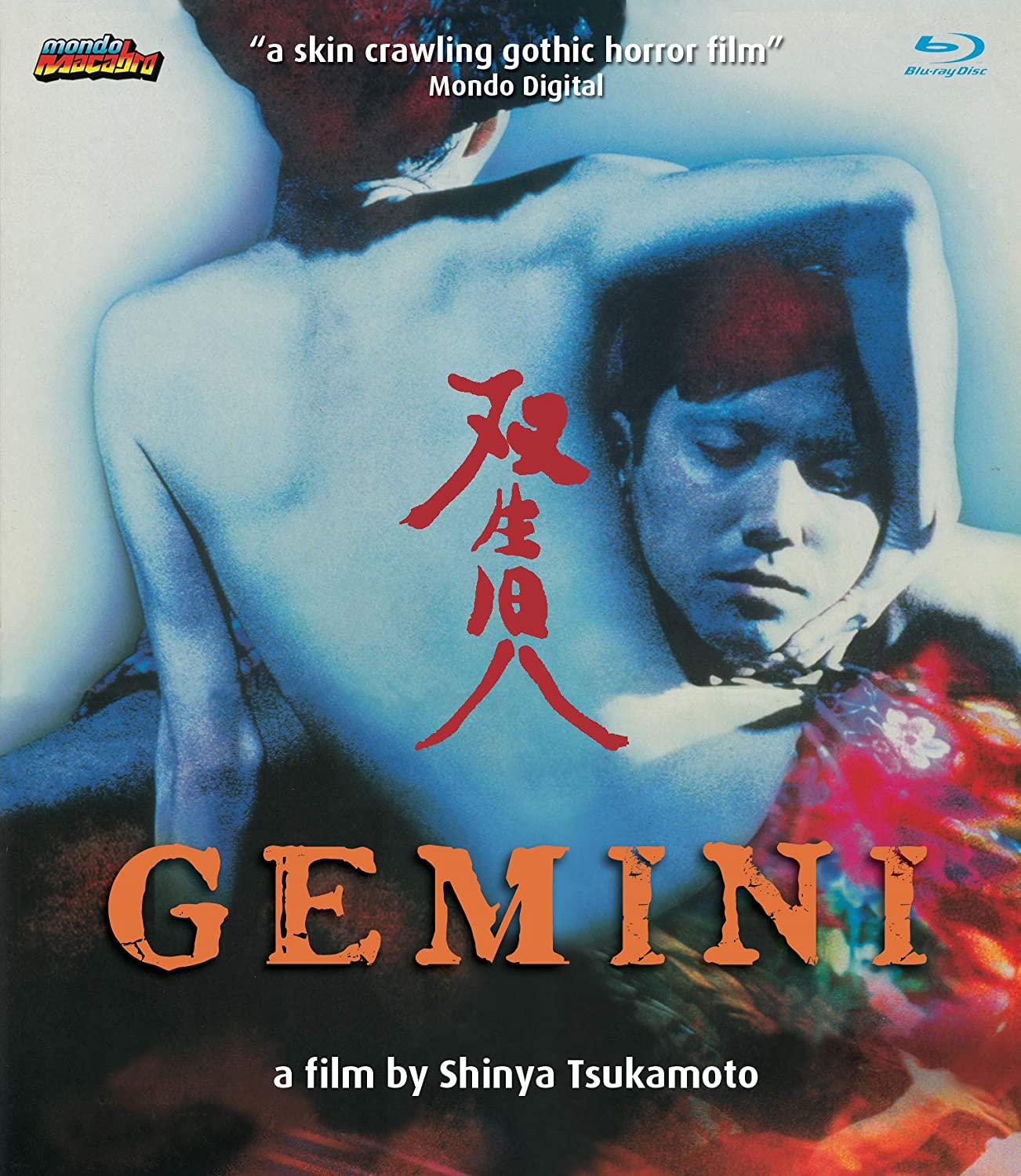 All the colours of Japan.

Let me preface this review by telling you I haven’t seen any of director Shinya Tsukamoto’s films before. I only know that Arrow Video has released his most prolific work on a Blu-ray boxset called Solid Metal Nightmares. When I went into Gemini, I knew nothing about the film. I didn’t read the plot synopsis or even look to see who directed it. I tend to do that often as I like to be surprised. After a tight 84 minutes and the end credits of Gemini was rolling, I can say with utmost certainty that being surprised was only a tiny bit of what I experienced.

You may be asking out loud, “But Michael, what is Gemini about?” Well, let me tell you. The film follows hotshot doctor Yukio (Masahiro Motoki), who, after returning from the war, takes over his father’s practice. The year is 192X, a plague is in full swing, and there is a social divide between the rich and poor who live in the slums. Yukio looks down on the slum dwellers with utter disdain. In fact, at one point, he chooses to help the rich Mayor over a poor mother and her baby, all because they come from the slums. This choice begins to affect his marriage with Rin (Ryô), a woman he met by the river, who happens to be suffering from amnesia.

A mysterious man named Sutekichi (Masahiro Motoki in a dual role) shows up to the family homestead, lurking in the shadows and peeping on Yukio and Rin. He makes himself known first to the father and mother, before attacking Yukio and heaving the poor doctor into a well. Sutekichi proceeds to take over the doctor’s life, first with his business and then on to Rin. Does the man want Yukio’s life and wife, or is there something more at play here?

My experience watching Gemini went through a couple of different phases once the film began. I had no idea what the hell was going on. The movie seemed to jump from scene to scene without any sort of coherent connection. One minute they are having a nice dinner and then next, a haunting chant is screaming through your speakers while nurses put on plague outfits. However, as the movie progressed and things started to slide into place, I began to appreciate it. Shinya Tsukamoto’s direction and cinematography are jaw-dropping. The film is full of different colour choices, and I’m sure there is some meaning behind the choices; all I could think of was, damn, this movie looks good.

Gemini is classified as a horror film, and some moments do creep into horror territory, partially because of a haunting theme. More often than not though the film comes across as a drama/thriller. Don’t go in expecting monsters and blood and you should be fine. When you do check out Gemini, and you should, you’ll probably end up with the same experience I had: a lot of confusion at first and then a flick that sticks with you after the credits roll.

Gemini has never seen a release on Blu-ray before and thanks to Mondo Macabro that is no longer true. Mondo releases Gemini with an HD transfer from the negative. The results are a dependable transfer that makes all those colours pop. The film has a nice fine grain, and there are no noticeable moments of dirt or debris. Audio is presented in Japanese DTS-HD Master Audio 2.0 with English Subtitles. Dialogue is loud and clear, and that beautiful score comes through clean.

Extra features on the Gemini Blu-ray include an assortment of Behind the scenes footage, with various on-set interviews with the cast and crew. The first extra titled The Making of Gemini feels more like a peek behind the scenes, but we do get some insight into the film. The extra runs nearly 18-minutes. The next feature is a panel that took place at the Venice Film Festival, and it clocks in at 17-minutes. The 6-minute Makeup Demonstration features a look at how they hid the actors’ eyebrows, a design decision to place this movie into its weird universe. Rounding out the features is even more behind the scenes (20-minutes worth) and the trailer.

Gemini is a film that will confuse, confound, and eventually impress. It sticks with you thanks to some beautiful cinematography and a haunting score. If this is any indication of Tsukamoto’s other work, I need to look at getting that Arrow boxset. In the meantime, this Mondo Macabro release of Gemini is worth purchasing. 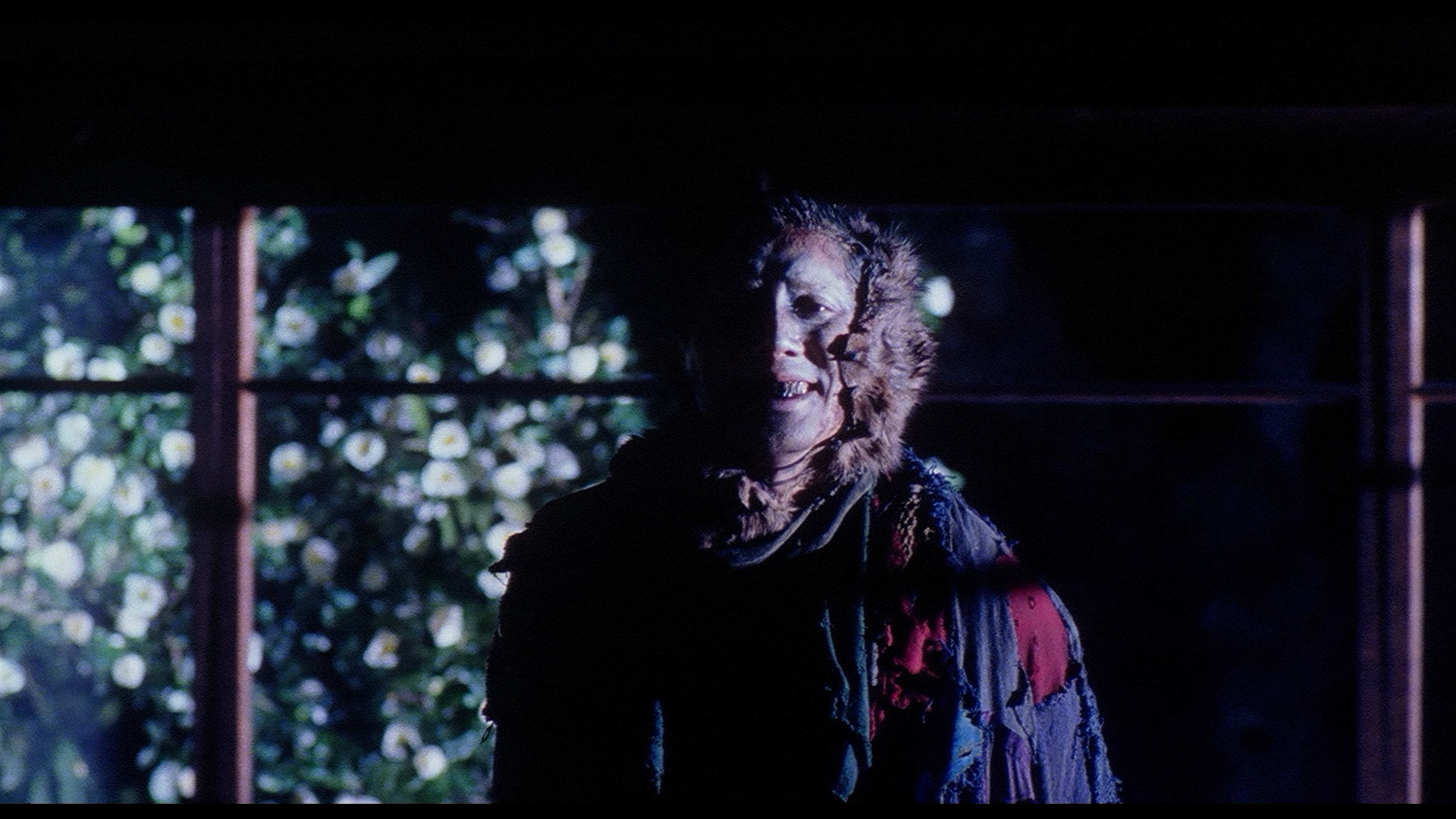 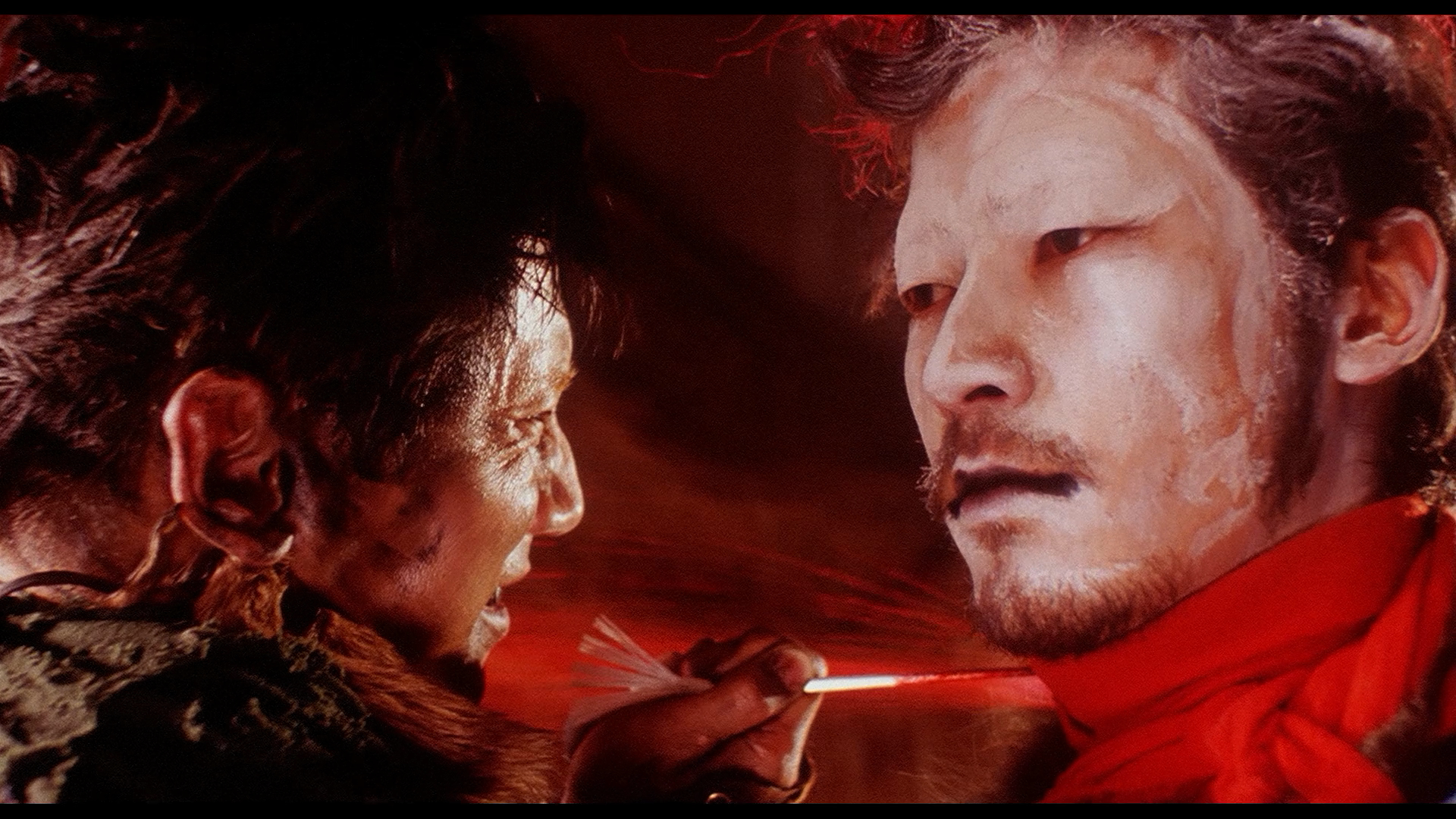 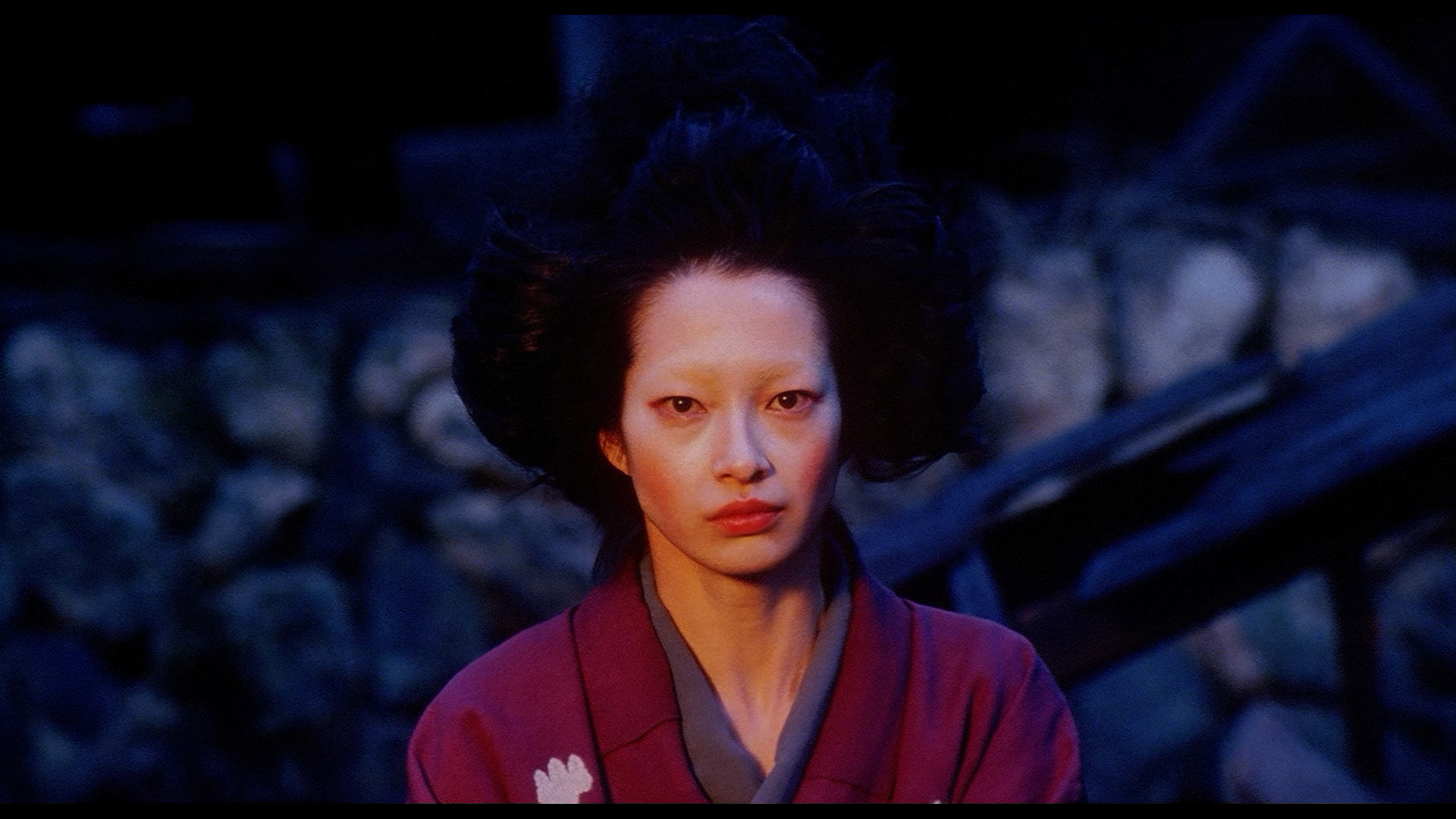 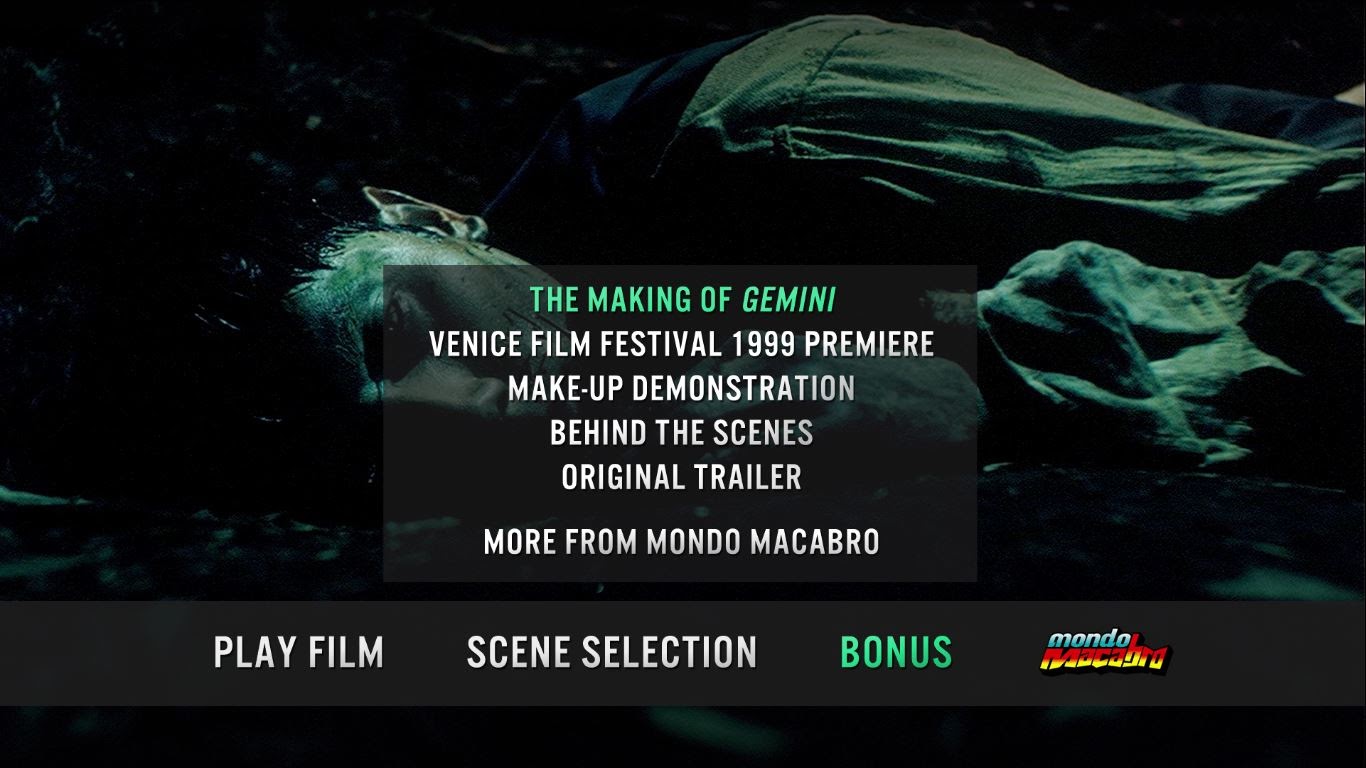 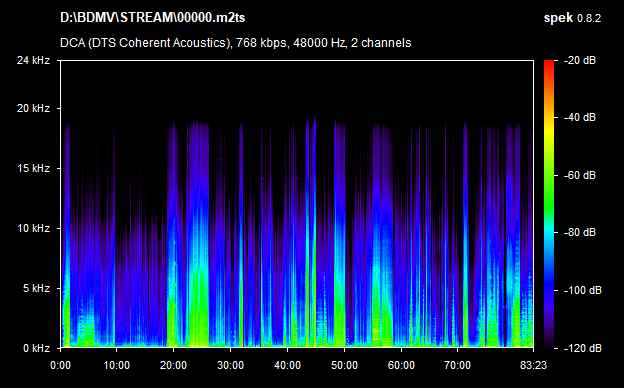 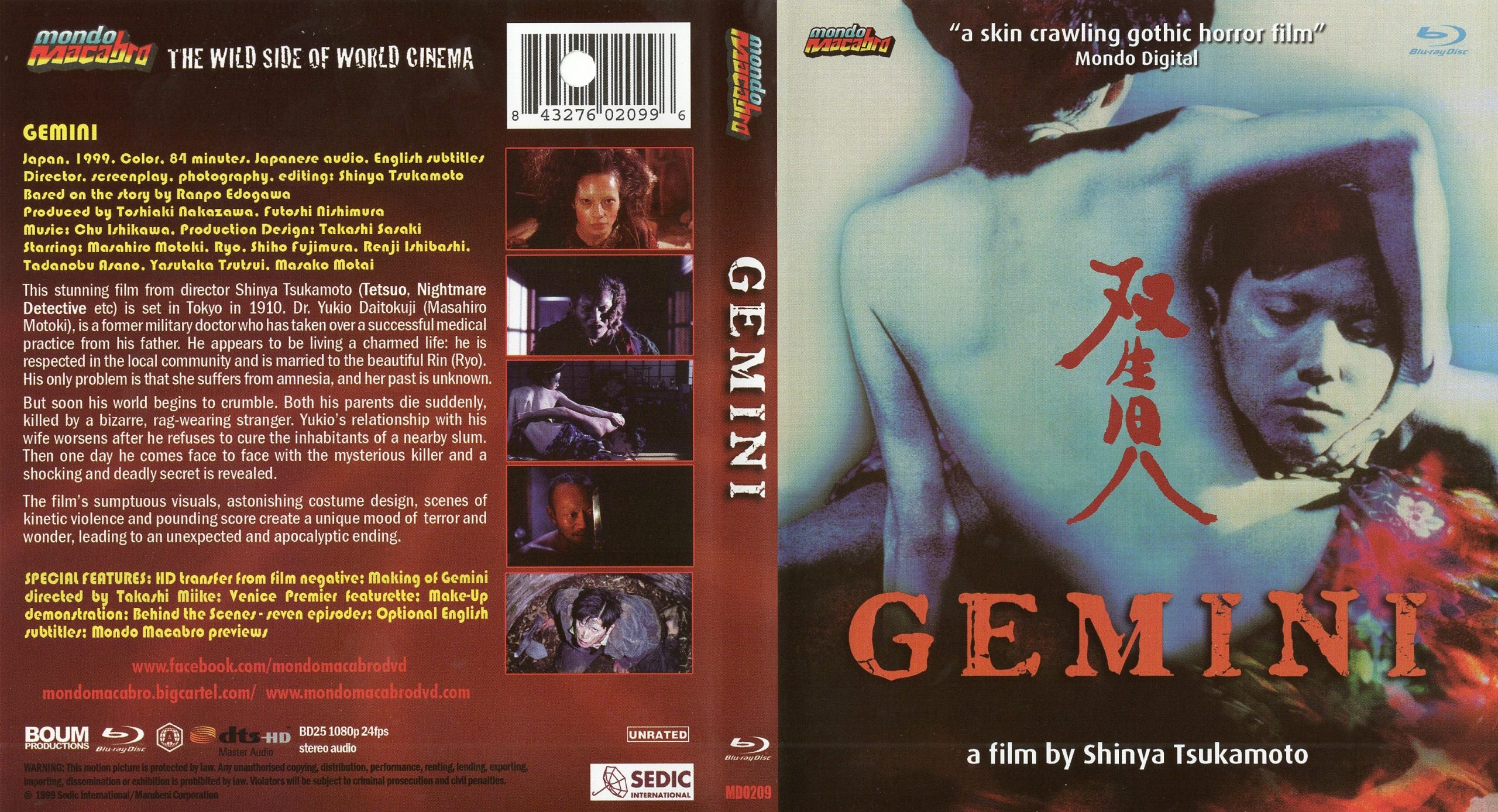 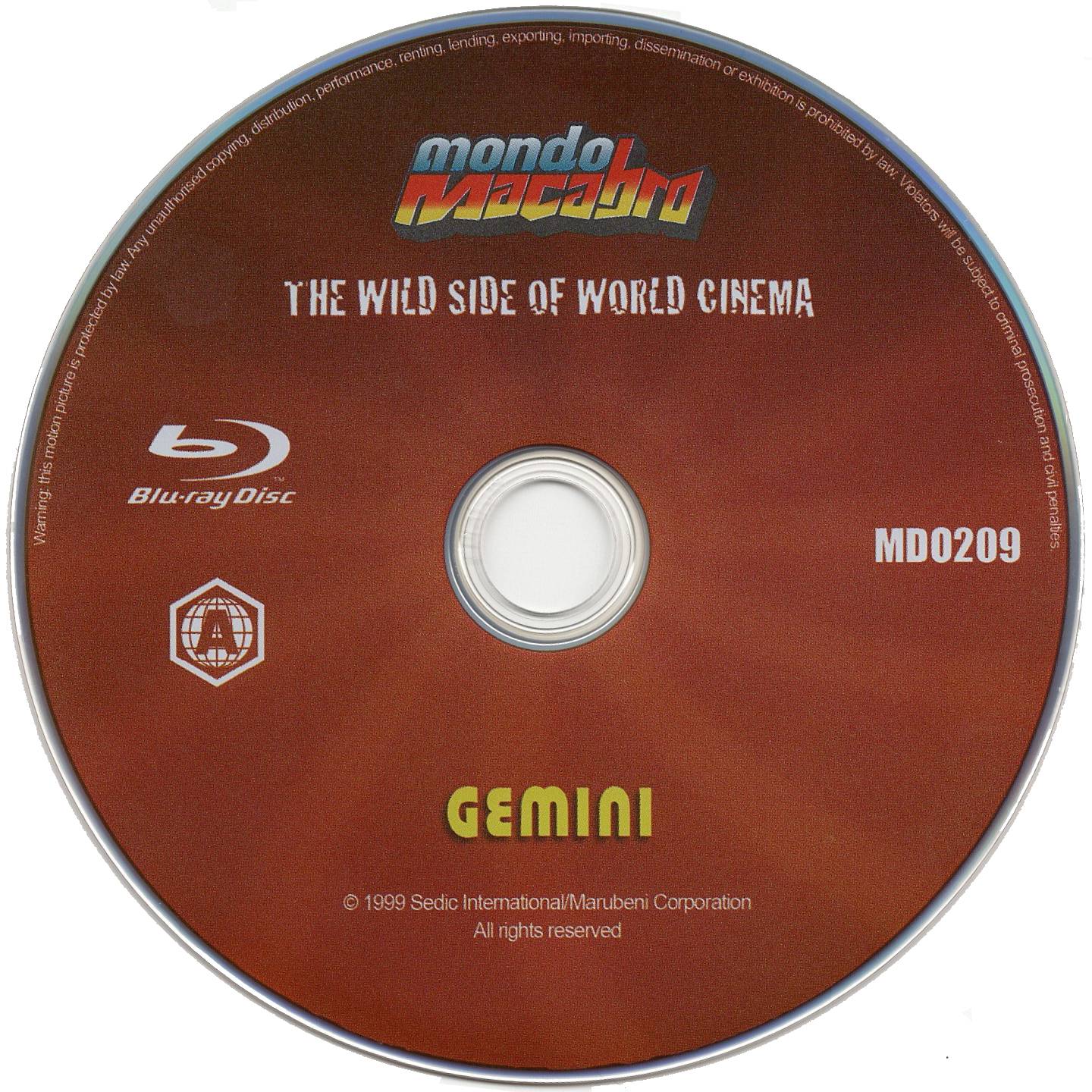