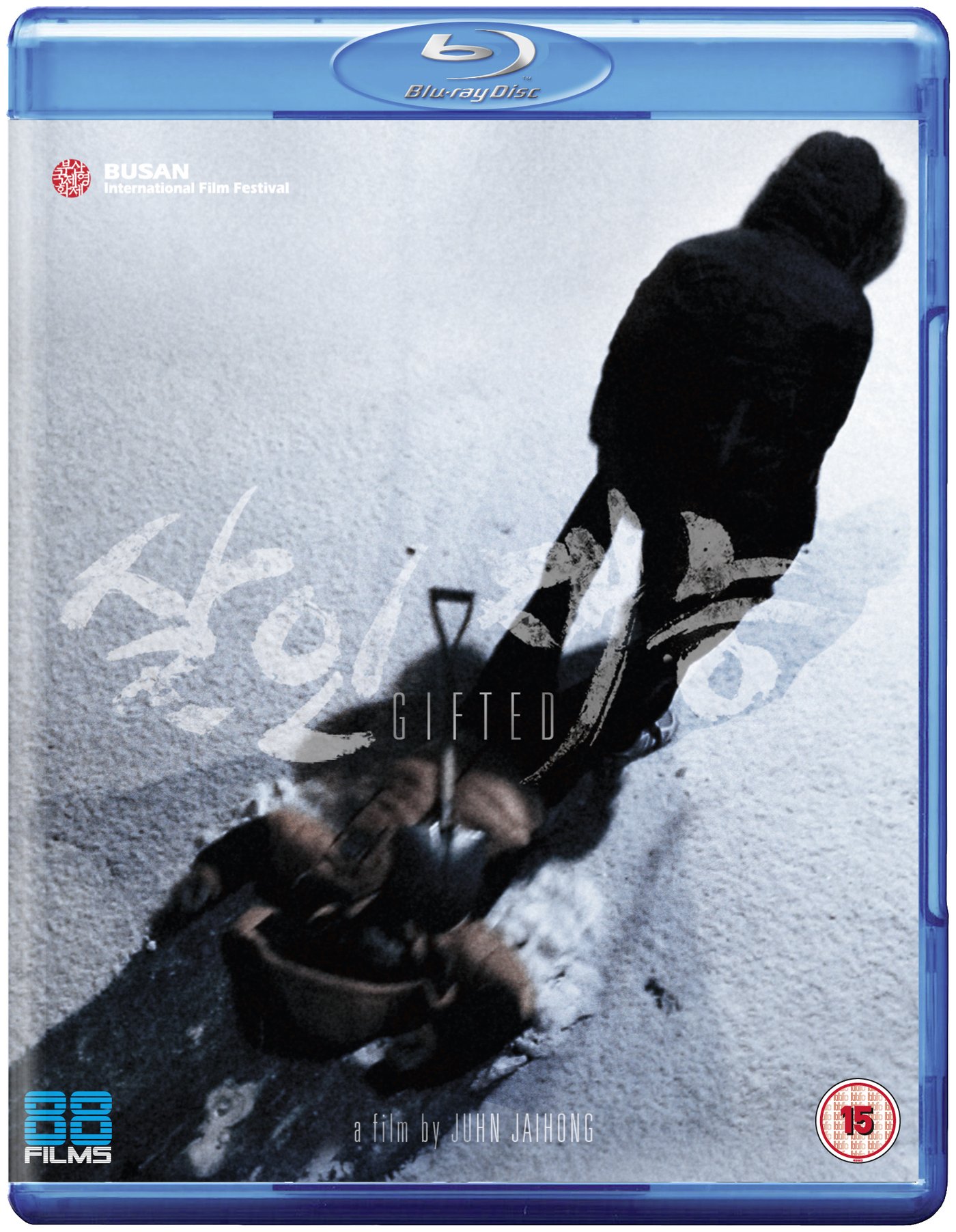 Gifted Blu-ray Review (88 Films)
Gifted is an interesting crime thriller that has a lot to say about economics and one person's fall from grace, but its a tad too slow and conventional. 88 Films has released a nice Blu-ray that's high on quality but low on features.
Film
Blu-ray
Reader Rating2 Votes
3.8

Min-soo has been out of work for some time, and the Korean job market isn’t very good. His prospects are minimal, and he’s forced to take some really awful gigs like working in a chicken factory and chauffeuring drunk businessmen at night. To make matters worse, his fiancee Soo-jin is leaving him because he can’t afford to buy her expensive things or help her pay off a loan for her new cafe. Ultimately Min-soo turns to stealing cars to try to win Soo-jin back, but he becomes a bit more obsessed than he bargained for.

Gifted is a film that benefits from its initial slow pacing. Director Juhn Jai-Hong is solely focused on building the characters at the beginning of this 2014 South Korean crime caper, starting off with a quick and uncomfortable scene of Min-soo (Kim Bum-Joon) masturbating on a pile of money before taking things back in time to show how he got to this low (or high?) point. The film’s journey takes viewers through the job markets of South Korea into the seedy underbelly of crime that populates all urban cities, and in doing so, Jai-Hong attempts to show how one normal person can become a criminal in the course of a few weeks. Whether it works is up to the viewer.

The film follows Min-soo during a particularly low point in his life, out of work and suffering from a particularly entitled fiancee (Bae Jung-Hwa) who believes that Min-soo should be able to buy her expensive purses and cover a restaurant loan simply because all of her friend’s husbands can. In many ways, this is Jai-Hong exploring the capitalism running rampant within society; he’s expected to have a good job as a businessman but miserable because he can’t get one, and he can’t get one because he doesn’t already have a job. Gifted does a great job of highlighting Min-soo’s frustrations and the hypocritical nature of the economy, and the film spends a lot of time beating him up over and over until it’s clear he’s as desperate as possible.

But this development translates to a slow progression throughout the film, and it takes Gifted a long time to get to the meat of its plot; finally, halfway through the movie, Min-soo embarks on his new career as a car thief with Soo-jin’s brother Yeon-woo (Jeon Beom-soo), leading to the crux of its idea: Min-soo learns that he actually enjoys killing people. The reveal is tense and disturbing, aided by Bum-Joon’s great facial reactions and the close-up, personal shots on which Jai-Hong relies. Interestingly, once a couple of these murders are filmed, Jai-Hong steps away from showing the deeply personal nature of strangling someone to show how rote it becomes for Min-soo; only when a businessman’s phone rings showing a picture of his little girl does Min-soo realize that the atrocities he’s committing on who he feels are deserving stranges actually affect other people in their lives.

From there, Gifted progresses to show Min-soo’s downfall; he eventually gets back together with Soo-jin, but he can’t really perform sexually without the thrill of strangling someone to get him off. The film trades off interesting, cruel moments with slower-paced dialogue as it slogs through its last acts, and unfortunately Jai-Hong never really comes to a surprising conclusion throughout. Never does Gifted make explicit comments about what got Min-soo to this low, nor does it place much consequence on him besides the unsurprising prison sentence he receives. In fact, the final shot sort of pardons Min-soo because he ends up leaving Soo-jin that money that she needs. While this could be a statement about Soo-jin’s own greedy role in Min-soo’s fall from grace, there’s very little ingenuity in Gifted‘s climax – everything happens exactly as expected.

Gifted is certainly not a bad film, and it does have its merits as crime thriller with some disturbing fetishistic qualities. But it’s not unique enough to make it stand out from other crime capers, and its slow pace at the beginning of the film – while building strong character narratives – feels more like a detriment. Still, Jai-Hong definitely has the chops to write a good story if he can manage the pacing a bit better with a few more surprises for the audience.

Gifted does have its share of brutality, but most of it is relegated to stranglings. There is a pretty violent stabbing scene, though. 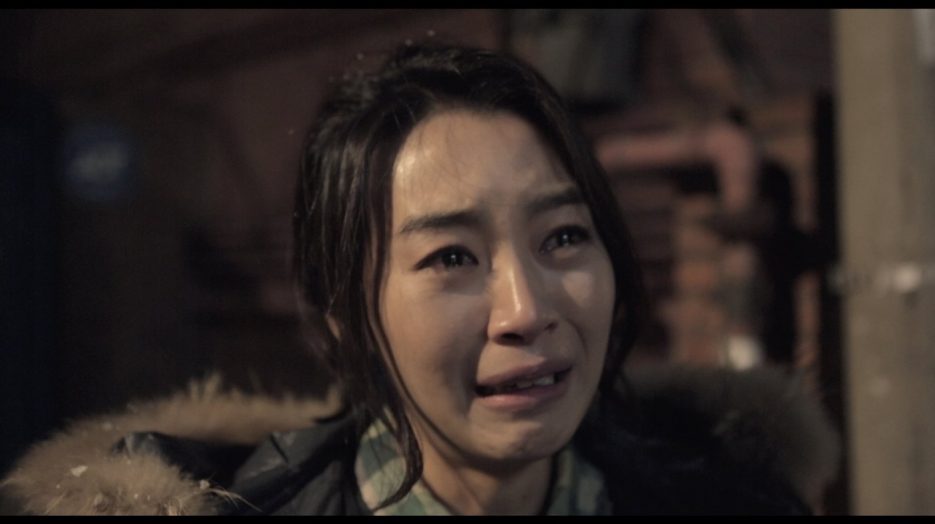 Quite a bit of nudity here thanks to a nearly fully nude Jung-Hwa, and Bum-Joon does go shirtless through a lot of the film; there’s a lot of male butt as well, and a very brief penis shot. 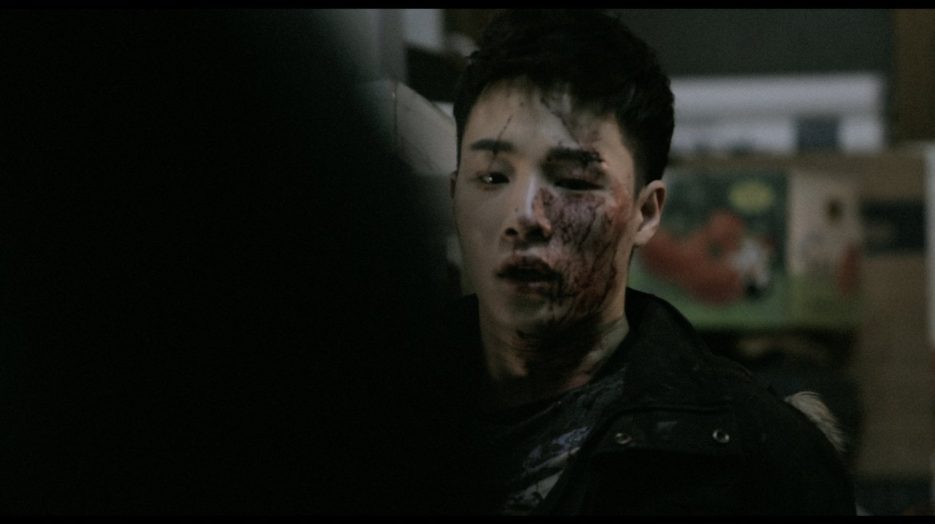 Gifted is presented in 1080p with a 1.85:1 aspect ratio, and it looks great on Blu-ray. The film has some nice cinematography that is pronounced on this HD disc, with some great color sequences (beautiful snowfall scene), good brights, and excellent dark scenes as well. Really, no flaws to be found on this release, and this is a nice Blu-ray from 88 Films’ 88 Asia imprint.

The film includes two Korean audio tracks, either a 5.1 DTS-HD Master Audio track or a 2.0 Stereo track. Both are good selections and there are really no flaws with either. English subtitles are obviously included and are standard for both tracks.

Besides a trailer, the disc itself contains no extras, which is a slight disappointment. The Blu-ray package does feature reversible cover art, however. Ultimately this is a nice Blu-ray for people who want to own Gifted, but don’t expect a lot of frills.