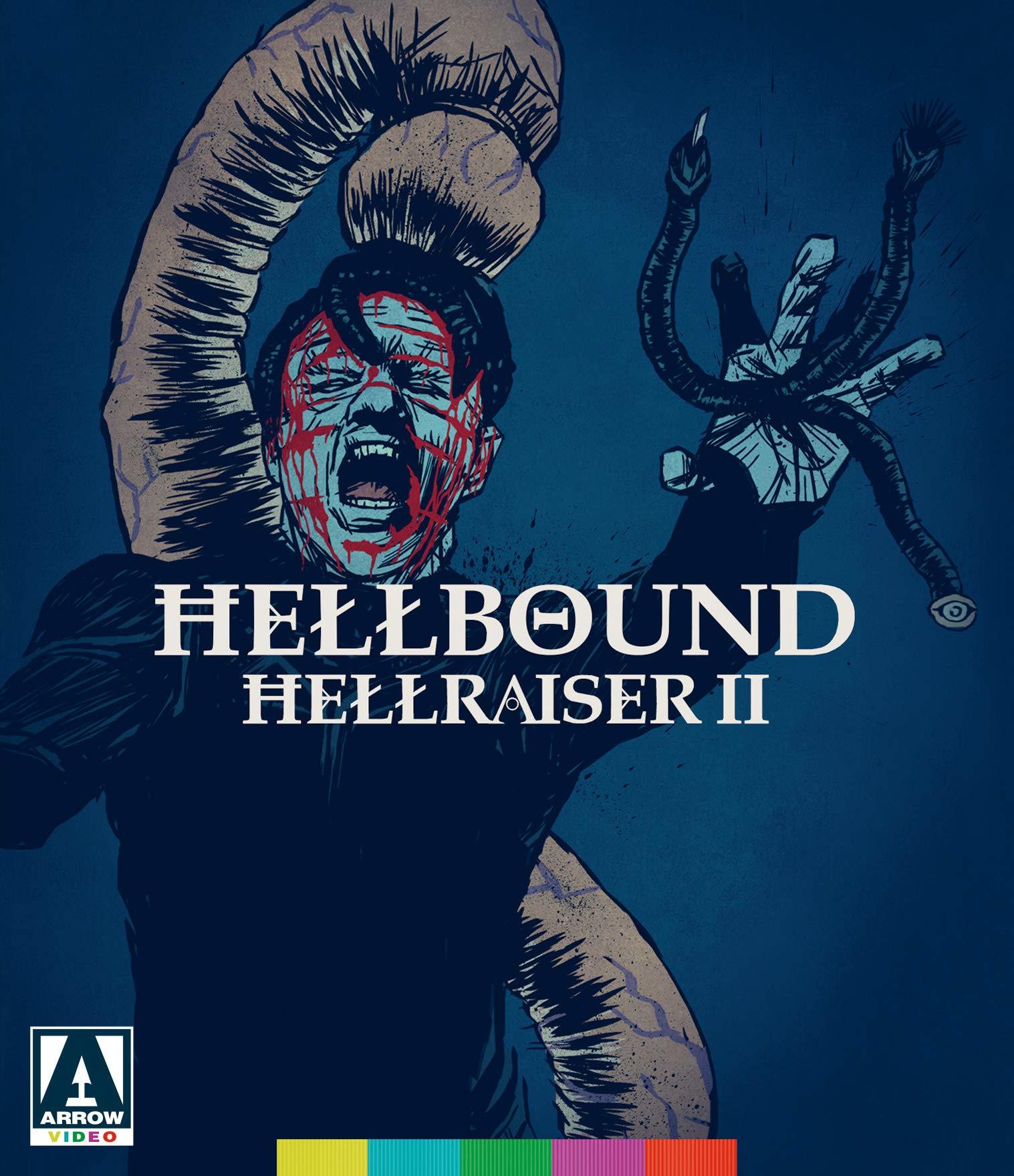 If you own the Scarlet Box, you own this too! If you don't, then pick this up

This single-disc edition of Hellbound: Hellraiser II, from Arrow's Scarlet Box trilogy set, collects the film with a great 2k restoration and plenty of new features. If you don't already own the box, this is definitely worth it for an upgrade.
Film
Blu-ray
Reader Rating0 Votes
4
Buy
Amazon

Hellbound: Hellraiser II was a quick follow-up to Clive Barker’s 1987 Hellraiser – so quick, in fact, that Barker was too busy working on Nightbreed to return as writer and director. Instead, director Tony Randel took the reins aided by a script from Peter Atkins that picks up directly after the events of the first film but also develops Barker’s mythos into something a lot more surrealistic and strange than the already atmospheric original. This time around, we follow Kirsty (Ashley Laurence) after she is placed in a mental hospital due to what her doctor Channard (Kenneth Cranham) says is a breakdown – though we soon find out that he has been in search of an opening to the labyrinth for quite a while, seemingly recognizing the link in Kirsty and her bloodsoaked mattress.

Atkins’ script is quite faithful to Barker’s original ideas, though it often expands on the backgrounds of the Cenobites in surprising ways. Pinhead (Doug Bradley) himself is humanized after Kirsty finds a picture of him prior to his change, and the film also gives us flashes of the rest of the Cenobites in their human forms as well. Likewise, the movie plays up the element of turning into a Cenobite creature after Channard literally does just that – his search for the boundary of pain and pleasure actually transforms him into a weird puppeteered creature that has penis-like appendages and spouts a LOT of doctor puns. Hellbound is interested in the husk of humanity left behind after the Lament Configuration has been opened, and that idea gives at least some element of empathy for the creatures who want to torture Kirsty and her newfound acquaintance Tiffany (Imogen Boorman) for eternity.

But Hellbound is also quite sloppy – where Hellraiser always has a solid handle on its mythology, the later parts of this film tend to get lost in surrealism and a lack of development. The reasoning behind why people like Channard become Cenobite-like creatures but Julia and Frank do not isn’t explained, nor is the Lament Configuration’s transformation into a diamond shape that becomes the master of the Labyrinth. Ultimately the viewer is left to enjoy the ultraviolent gore without getting bogged down in the details; if you can’t get past that (and a couple of suspect visual effects), then Hellbound: Hellraiser II will be difficult to get through.

Still, those that can put all of the story woes aside have another strong film full of atmosphere and dread that outdoes its predecessor in many ways, with an even more ambitious idea behind the Cenobites and a lot more time in the Labyrinth. It’s easy to complain about the undercooked mythos, but at its core is yet another exploration of getting sucked into the uncharted areas of human understanding, and this time, it’s a bit more Lovecraftian too.

Arrow Video has decided to release their Scarlet Box (at least Hellraiser and Hellraiser II) in individual Blu-rays now that the Scarlet Box is out of print, collecting all of the same extras and transfers. Hellbound: Hellraiser II gets a new 2k scan restoration that was approved by director of photography Robin Vidgeon. The new transfer looks just as good as the first Hellraiser release although this one might have slightly heavier grain qualities. It’s often surprisingly visible and although it doesn’t obstruct detail, it does look a lot less clean than other releases from the same time period. Still, though, that’s not really a complaint or a flaw, just a warning of what to expect – the rest of the film manages color balance, darker sequences, and even the less-than-stellar quality of the flashback sequences from the first film well.

CHECK OUT
Extensive screenshots and details from this Blu-ray.

Audio comes in both LPCM 2.0 stereo and a DTS-HD Master Audio 5.1 track. Both are good, and I didn’t notice any volume level issues or drops on either. English subtitles are also included.

Extra features are directly ported from the Scarlet Box, including Leviathan: The Making of Hellraiser and Hellraiser II. Arrow is calling this “new” but what they really mean is that it breaks up the two making-of featurettes for each disc. This runs as a feature-length doc at 2 hours, and again, it’s a great in-depth look at the film’s production, its directorial process, and final release.

Also included is a new interview with Sean Chapman on his Frank character in this film reprising a role that seemed to kill him off in the first movie. Vintage featurettes, an older interview with Doug Bradley, and on set interviews are included, as well as a surgeon scene that was cut from the film and behind-the-scenes footage. Two audio commentaries are featured, one from Tony Randel and Peter Atkins and another from Randel, Atkins, and Ashley Laurence. Finally, trailers, TV spots, and galleries round out this release. One can also get the script from the BD-ROM.