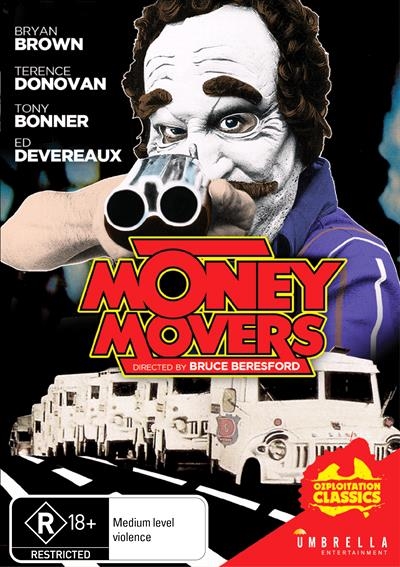 Money Movers DVD Review (Umbrella Entertainment)
Money Movers may not be the quick paced action flick that I thought it was going to be, but it weaves an interesting story that has a violent ending that makes up for any issues I may have had with the film. Umbrella Entertainment has released a solid DVD with a half-hour Making of, which features informative interviews with the cast and crew. I recommend picking it up if you get the chance.
Film
DVD
Reader Rating0 Votes
4

Michael takes on the Ozploitation Classic title Money Movers from Umbrella Entertainment, a 1978 heist film with an armored car! Michael had to improvise for this video so not only do you get to learn about Umbrella Entertainment’s DVD, you also get to see his son Jack and his dog Ripley. It’s a free-for-all, and a pretty good representation of his day-to-day life.