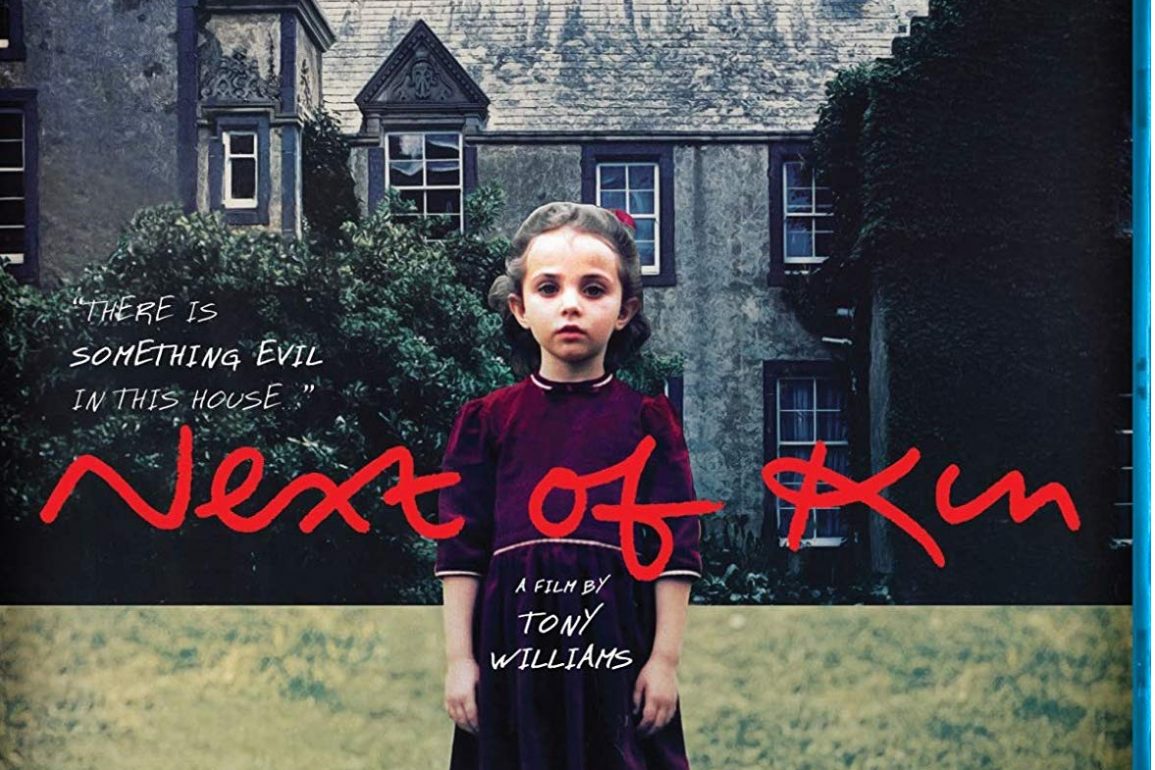 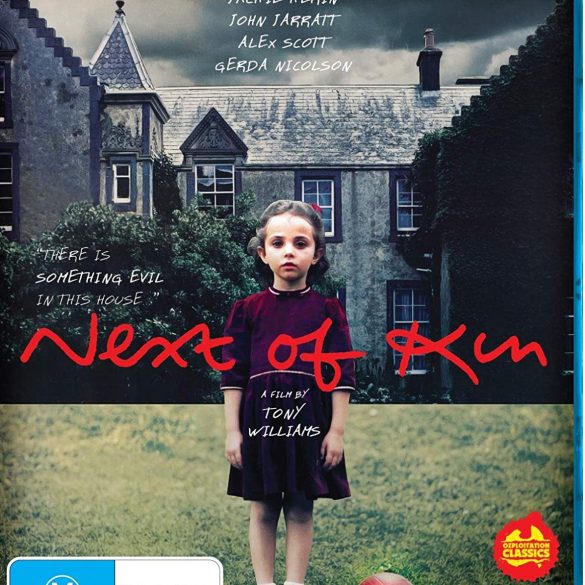 Next of Kin is a spooky, stalkery slow burn film that certainly benefits from finally getting a Blu-ray release. Umbrella have done their part with a great 4k scan and numerous extras.
Film
Blu-ray
Reader Rating0 Votes
4.5

Back in 2017 we posted about Next of Kin needing a proper Blu-ray release, and it seems that Umbrella Entertainment heard our cries because they’ve released the film as part of their Ozploitation series. (There’s a rumor that it is also coming from Severin Films for American audiences.) And why not? This film from Tony Williams is right in line with some of the other classic films Umbrella has been bringing to audiences: part psychological thriller a la Fair Game, part supernatural haunting like The Entity, and also entirely Australian thanks to the presence of John Jarratt.

The movie takes place in a large manse called Montclare, a converted nursing home where Linda (Jacki Kerin) cares for the elderly after her mother dies and leaves her the place. It’s a spooky old house and Linda’s mother’s diary entries indicate that during her past in the house she had experienced different phenomena like water taps being left on, candles being lit, and a few mysterious deaths. Now those same occurrences are happening to Linda – and she’s bound to figure out the culprit.

Next of Kin is a slower-paced film, and it moves at a languid pace as the audience gets to know Linda. She cares for the elderly at her home but she’s also ready to stop taking on new residents. Her curiosity mostly resides in

her mother’s diaries and some of the weird happenings around the house, which she ascribes to the caretaker Connie (Gerda Nicolson) and the physician Dr. Barton (Alex Scott).She’s also got a weird relationship with her boyfriend Barney (Jarratt), a device that never comes to fruition the way it should.

But despite the deliberately slow pacing, Williams’ film is a delight; it’s got all the right hooks, from a large creepy house to the unintentional eerieness of the elderly. There are seemingly ghostly encounters, moody candle flickers, and even a road chase sequence that is almost always a staple of Ozploitation classics. Kerin has a great handle on the psychological trauma of her character as told by flashback sequences to her childhood; there’s also an excellent moment when Linda has a full-blown panic attack after the real threat is revealed.

The twists work, too, ultimately pushing aside the ghouls of Montclare for a much more grounded explanation. While Next of Kin may leave a bit too much of the secret to exposition, the finale is dynamic enough to overlook flaws in the storytelling. Williams also sees fit to celebrate female empowerment with a shotgun blast to the face. It’s all very fun, a well-told story of haunting memories and bad past decisions that travel the family tree.

Umbrella Entertainment’s Next of Kin Blu-ray presents the film from a 4k scan of the interpositive. The picture quality is very good, with dynamic colors and great clarity throughout most of the film. The video can occasionally suffer from overly dark sequences including a few shots that are intended to be somewhat visible but are so dark that discernment is almost impossible. There are also a couple of frame skips in one particular scene. Besides that, there are no other issues besides the occasional film damage.

Umbrella has also given Next of Kin a new 5.1 audio mix on this disc. For the most part, it is rather unimpressive – a few moments here and there utilize the satellite speakers, but most will probably just stick with the included 2.0 mix. English subtitles also included.

For extras, Umbrella has assembled two audio commentaries – one with director Tony Williams and Tim White, and one with John Jarratt, Jacki Kerin, and Robert Ratti along with moderator Mark Hartley. The second track is much more fun to listen to with tidbits and lots of reminiscing. Also included are extra interviews with Williams and Jarratt from the Not Quite Hollywood documentary that last about 30 minutes; there’s a 15 minute look at the locations of the film then and now, set to film score; deleted “scenes,” although they’re mostly text and photographs of scenes that were filmed but have since been lost; VHS trailer, German trailer, and original theatrical trailer; German opening credits, which are interesting considering “Next of Kin” scrolls in the background while the film’s title is Montclare – Erbe des Grauens; full ballroom dancing sequence; an image gallery; and finally two Tony Williams short films, “Getting Together” and “The Day We Landed On the Most Perfect Planet in the Universe.” Also, the package features reversible cover artwork.

To sum up this is an excellent Blu-ray for a film that certainly needed a new release; the picture quality is mostly great and there are a number of extras for fans to peruse. It is definitely the treatment Next of Kin deserves.

Check out a gallery of screenshots from this Blu-ray (which shares a transfer with Severin).