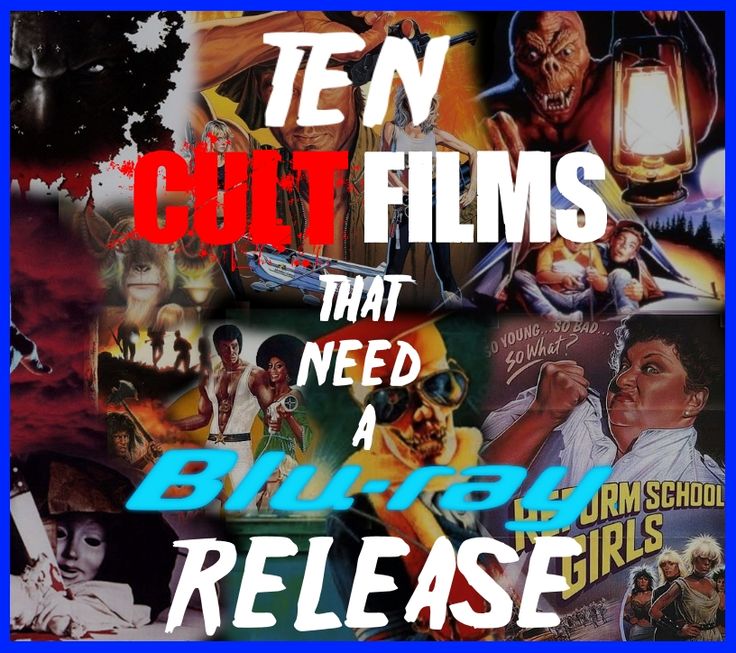 There are tons of cult films, and while it often seems like most of them have already gotten special Blu-Ray treatment, there are still many left to go that have, for whatever reason, never been given the chance to shine in high definition. Below, we take a look at some of our favorite cult films that have yet to get that prestigious Blu-Ray option.

A Blu-Ray for 1976’s Alice, Sweet Alice has been in development hell for quite a while, and it doesn’t look like that issue is going to resolve itself any time soon. While the slasher film involving the titular Alice has been released on DVD, it would be great to see a new Blu-Ray package for this relatively underrated gem – it’s an eerie thriller that makes you think twice about children.

I caught Alison’s Birthday a while ago with a crappy VHS rip, and although it was pretty difficult to make out much of anything going on in the film, what I came away with was a strange appreciation for this 1981 obscurity about a young girl who is in danger of becoming a sacrifice to an ancient Celtic cult on her nineteenth birthday. While the film is ostensibly not very good, there’s definitely something satisfying about the whole affair, and while most people probably aren’t heavily requesting the movie’s presence on Blu-Ray, it’s still a surprise that someone hasn’t been able to restore it – or at least attempt to get a good VHS rip.

With all of the blaxploitation coming out on Blu-Ray from Vinegar Syndrome, Arrow Video, and Olive Films, it’s truly a shock that Black Shampoo hasn’t gotten the treatment yet – if I had to guess I’d say it’s on the horizon. This 1976 film starring John Daniels is all about the man’s experiences loving and fighting the mafia, and as you can see from the NSFW trailer, it’s a pretty hot flick. Ridiculous and stereotypically blaxploitation, this is a film that should absolutely get Blued.

Update 4/3/19: This did get a Blu-ray release from VCI Entertainment and we reviewed it!

Here’s an Ozploitation picture from 1984 that, unlike its brethren Long Weekend and Turkey Shoot, hasn’t been given Blu-Ray treatment. Just checking out the Blu-Ray.com forums is clear that at least one other person wants to see this film in high definition; and if you’re unsure, just check out the nearly nonsensical trailer linked above. This is not to be confused with the Patrick Swayze movie of the same name released in 1989 – that one’s already got a Blu-Ray.

The appeal of Hard Ticket to Hawaii is all in the details, and if the poster doesn’t immediately get you jonesing to see this film then you’d probably better rethink your browsing of this site. The film stars four Playboy centerfolds, it features a giant snake, and it follows right in line with such gems as Deadly Prey and Malibu Express. You can’t go wrong giving this the two-disc Blu-Ray treatment.

Update 4/3/19: Mill Creek Entertainment is releasing this on Blu-ray.

The Willies, released in 1990, has garnered a bit of a cult following thanks to the fun, often non-kid friendly tales it weaves. Sadly, the film has been neglected to a horrible DVD from Echo Bridge, who is known for half-assing releases. I think it’s time The Willies got the treatment it deserves on Blu-ray.

Slaughter High has a few things going for it. First, the poster is memorable, second, the killer wears an awesome mask, and third, the music was composed by Friday the 13th composer Harry Manfredini (the film even features a Jason Voorhees nod). How this film has not had a Blu-Ray release is beyond me. We came close when Arrow Video released it on a rather well-done DVD, but us High-Def fans demand those cheesy kills in full HD! Seeing how this was a Vestron release in the 80s, I assume we may get lucky and have it come out under the Vestron Video Collector’s series. Fingers crossed!

Update: this was released by Vestron Video – we were right!

Another film that has been released on DVD from Arrow, but has been neglected on Blu-ray. If going by the movie trailer and the presence of Sybil Danning is any indication of the type of film we are in store for, then by golly, Blu-ray is the only way to see Reform School Girls. I mean, the lyrical shower scene on Blu-ray is probably the best sounding thing ever.

Memorial Valley Massacre isn’t going to win any awards for well, pretty much anything. It’s a terrible, low budget schlockfest, but damn it, there is fun to had with it and it deserves a Blu-Ray release. It would fit rather nicely alongside releases like 88 Films’ Just Before Dawn or Scream Factory’s The Final Terror.

I’m quite surprised that The Ugly doesn’t have a Blu-Ray release. It was featured on the DVD Boogeymen: The Killer Compilation and the flick has its fans, me being one of them. It features an interesting story with a killer ending, and the film would make for an excellent Blu-Ray Collector’s Edition.