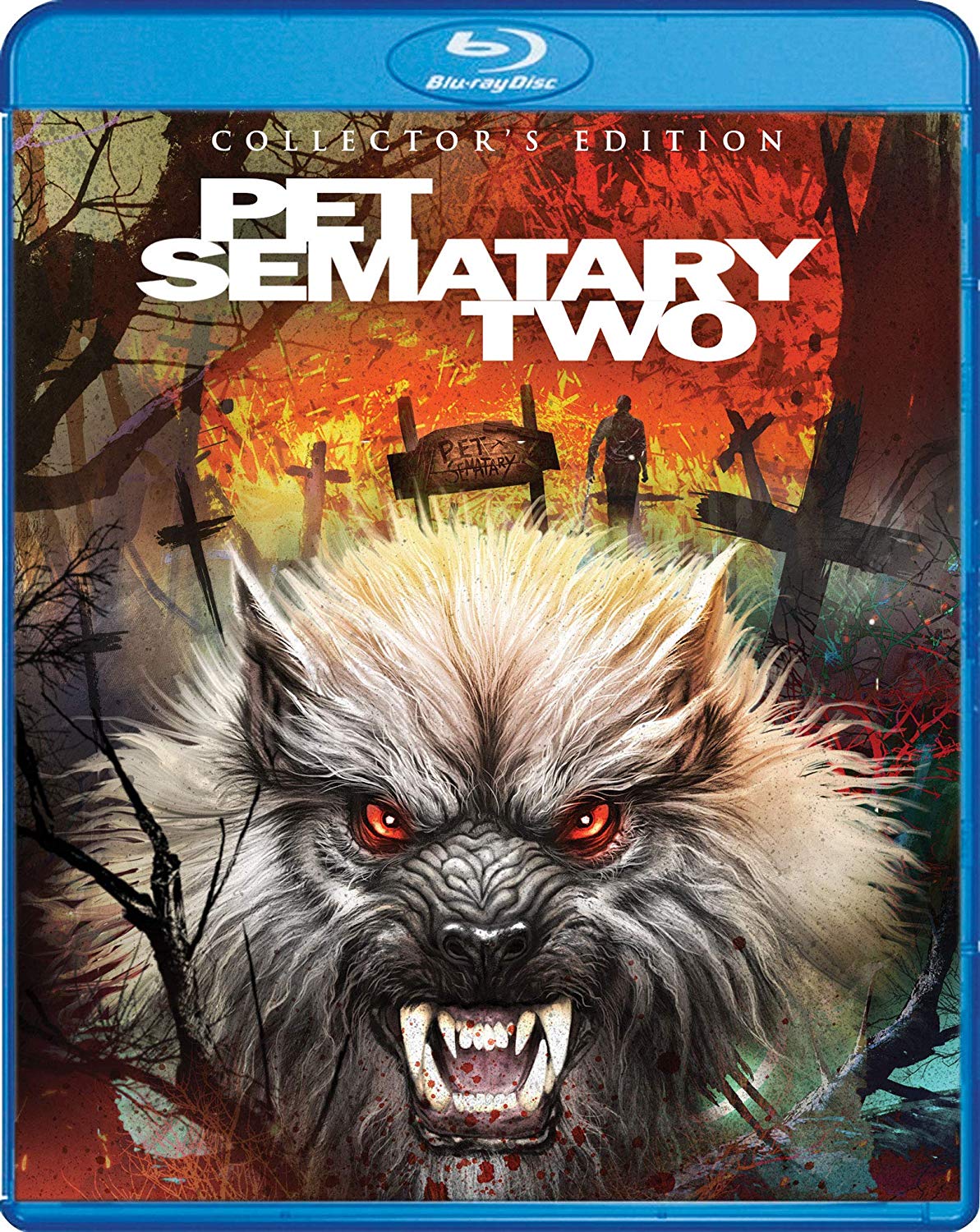 It’s been a very long time since I’ve seen Pet Sematary Two. I’m thinking VHS era of the early ‘90s. I remember even then thinking that a sequel to the original Pet Sematary was very unnecessary, but understood you can still have a lot of fun with it. I still believe in that after having watched Scream Factory’s latest collector’s edition release of the movie on Blu-ray. It’s not as good as the original, far from it, but there is a lot in the movie that makes it so gosh darn enjoyable.

Returning to the director’s chair is Mary Lambert, who was quoted at the time as having only taken on the role of directing the film because no one was offering her anything else. Depressing, to say the least, but it’s cool to have her back. The story sees us back in the small town of Ludlow, Maine (Hancock, Maine is now replaced with Peachtree City, Georgia and surrounding areas) where veterinarian Chase (Anthony Edwards) and his son Jeff (Edward Furlong) have recently moved after a tragic accident involving Jeff’s mother (Darlanne Fluegel). Jeff befriends a local boy named Drew (Jason McGuire), whose stepfather is the local sheriff, Gus (Clancy Brown in a role that makes the film). Gus makes Drew’s life pretty miserable and ups the ante when he shoots and kills his dog (a tragic scene downplayed by a hilarious song that plays over it). Of course, this being a horror film and sequel where no one learnt a lesson the first time around, they bury the dog in the infamous Indian burial ground and lo and behold Zowie comes back undead and vicious as ever. If that wasn’t lesson enough, Jeff and Drew end up going even further down the rabbit hole and burying a few bodies. Kids!

If you’re expecting a direct sequel to Pet Sematary, say something like “the more wacky adventures of the Creed Family,” you’ll be disappointed to hear that Pet Sematary Two is more a sequel in premise only (so much that Stephen King took his name off of it). Sure, the Creed family is mentioned in passing a few times and you do get to see their house quickly, but besides that, this is a brand new story with brand new dummies. I guess you can kind of forgive them as they are younger and only think the stories are urban legends meant to scare kids, but when your dead dog returns and is not the nice little fluffy furball she used to be, but a killing machine, why oh why would you bury a human? Of course, if all horror movie characters acted rationally we wouldn’t have many horror movies. Plus, seeing Clancy Brown as an undead maniac makes for a joyfully good time.

There are a few negatives that pop out of the stony soil, unfortunately. First up, and most obvious, is the atrocious music in this movie. Please forgive me Mark Governor, but what were you thinking? ‘90s guitar twangs are never a good idea, ever! And save for a few songs, most are misplaced or downright awful. Another misstep is the film’s problem at following its own established rules. The film stresses that one must bury their own, however, later on, to create a few jumpscares and some cool practical effects, the movie throws that logic out the window.

As mentioned Scream Factory has released Pet Sematary Two on a new collector’s edition branded Blu-ray with some new special features. The disc includes a new 4K scan of the original camera negative, which has been approved by Mary Lambert. It certainly isn’t the most impressive-looking transfer, oftentimes appearing soft. Thankfully there is no damage or debris to speak of, having been cleaned up nicely. Audio is presented in both 5.1 DTS-HD Master Audio and 2.0 DTS-HD Master Audio. I watched the film in 5.1 and was happy to hear a rather generous use of the surround sound speakers. Sure, I could do with less of the soundtrack, but at least the dialogue and violence came through loud and clear. For an even more in-depth look at the transfer, please give our gallery a view.

Extra features include a new audio commentary with Mary Lambert, but strangely no new interview with her. There are, however, new interviews with Edward Furlong, who discusses coming off his role on T2 to Pet Sematary and what it was like working with Mary Lambert. Clancy Brown is interviewed and he truly knows what the film is all about, stressing that it was never to be taken seriously. Jason McGuire is interviewed and discusses his first-time role in the movie and his career after the film wrapped. We also sit down with Steve Johnson, who reminisces about having to work on three different films at the same time, delegating most of the work on Pet Sematary Two to other people so he could spend more time on Innocent Blood. Finally, we have a new interview with composer Mark Governor, who goes into his work on the movie and the poor screenings that required a reworking of the soundtrack. Maybe that’s why it was so terrible. Lastly, we have the theatrical trailer.

Pet Sematary Two fails to live up to the original, but if you take it at face value and see that it's basically a dark comedy, you can appreciate it way more. Just forgive the soundtrack atrocities. Scream Factory produces some fun new interviews and a transfer that won't win awards but will please most viewers.
Film
Blu-ray
Reader Rating1 Vote
Good
Clancy Brown steals the show
New interviews are fun
Death by potatoes!
Bad
Transfer is a bit soft at times
The music
The music again
4
Buy
Amazon
Hosting screenshots is expensive. If you want to see more galleries, consider donating!