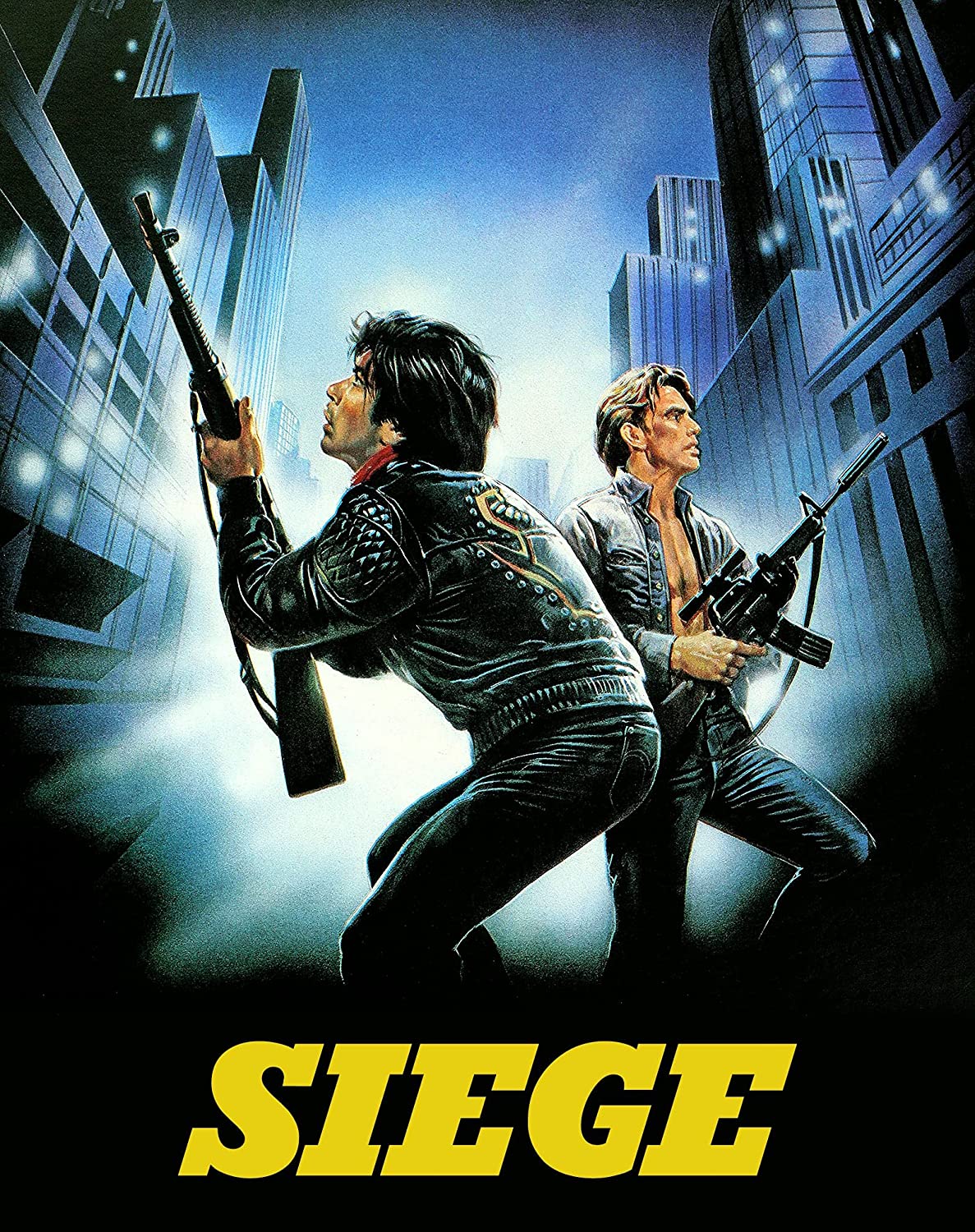 In 1981, the police of Halifax, Nova Scotia went on strike. They staged a walkout for 53 days effectively left the city’s residents to fend for themselves as violence and looting took place on the streets. The 1983 Canadian thriller Siege (also known as Self Defense) is based loosely on this concept, depicting the rise of a group of street thugs known as New Order led by an extremely capable hitman (Doug Lennox) who cause a bit more mischief than they intended after they accidentally murder a bartender in a gay bar, prompting a lot of necessary cleanup in order to stop witnesses from identifying them. After one man escapes, the group of six track him to a duplex apartment and get more of a fight than they bargained for.

The script, written by co-director Paul Donovan, features some interesting decisions right from the start. There’s very little setup involved and Siege pretty much gets straight to the point; little character development or explanation is done, and what is provided can only be gleaned from some choice dialogue and events. New Order’s motives are pretty unclear, but one thing that certainly want to do is clean up the presence of “faggots” in Halifax – their roughhousing is intended to apparently scare them straight or else, noting that everyone puts up with them because that’s just the liberal thing to do at the time. And our protagonists who come under siege – Horatio (Tom Nardini), Barbara (Brenda Bazinet), Chester (Daryl Haney), Steve (Keight Knight), and Patrick (Jack Blum) – are equally as sketched, with little clarity as to their backgrounds or why Chester basically keeps an arsenal is his connected apartment.

But Siege doesn’t really need those explanations; it works best when it runs with its simplistic scope, because its tension builds from the atmosphere that Donovan and co-director Maura O’Connell create. The film’s soundtrack is sparse and foreboding, with a mostly ambient score that adds to the dark feeling of solitude in the empty blackened streets. While New Order’s thugs could be considered a bit goofy, that’s also meant to be a red herring since it’s clear they’re led by someone much more sinister. And the early helplessness of our protagonists, aided only by their creativity and ingenuity, creates an excellent juxtaposition later once they are able to overcome physical handicaps to defeat their attackers.

Siege is also surprisingly progressive, making a definitive statement against its antagonists’ beliefs and even presciently identifying police brutality and corruption during its final scene. Despite its clearly liberal stance, it doesn’t shy away from more severe displays of violence and sadism; in fact, its opening salvo is quite disturbing, depicting a swiftness and lack of morality during a heinous execution sequence. O’Connell and Donovan are not afraid to go big and bold here with an obviously low budget and limited settings.

It’s surprising that this Canuxploitation flick has fallen through the cracks throughout the years, but kudos to Severin Films for bringing it back into the limelight. Siege is definitely a film appropriate for today’s climate, and it still packs a visceral punch.

Severin Films presents Siege with a new 2K scan of the original negative with excellent results. The feature film boasts great detail even in its darker settings and the OCN looks to be in fairly perfect shape, with only the opening skyline shot and credits suffering any real damage. Depth and clarity are high, and grain is kept minimal despite its filmic appearance. Color grading is well-preserved with natural skin tones; blue night tones are also maintained well with contrasting blacks. This is a pretty impressive transfer for this film.

Audio is presented with a DTS-HD 2.0 mono track that sounds fairly good, although the volume of this mix seems slightly lower than standard. However, upon turning up the audio, viewers will be thrilled to hear the vibrant ambient score along with fairly strong dialogue that does feature a few muffled interjections at times. English subtitles are also included.

Extra features are surprisingly limited on this release, but it does include an audio commentary with co-director Paul Donovan and filmmaker Jason Eisener to add a bit of replay value to this disc. The other included extra is an extended cut of the film, which runs about 9 minutes longer than the regular cut. It’s a little strange that Severin has decided to put this extended cut in the extras instead of offering it as an alternate option for the main feature like they did on Strike Commando, but alas it is featured as its own file with the same transfer quality. Other than a slipcover and reversible artwork, that’s it for supplemental features – not even a trailer.

Siege is a hidden gem and certainly deserves investigation for exploitation fans. This Severin release is excellent, though collectors should note the lack of additional features. 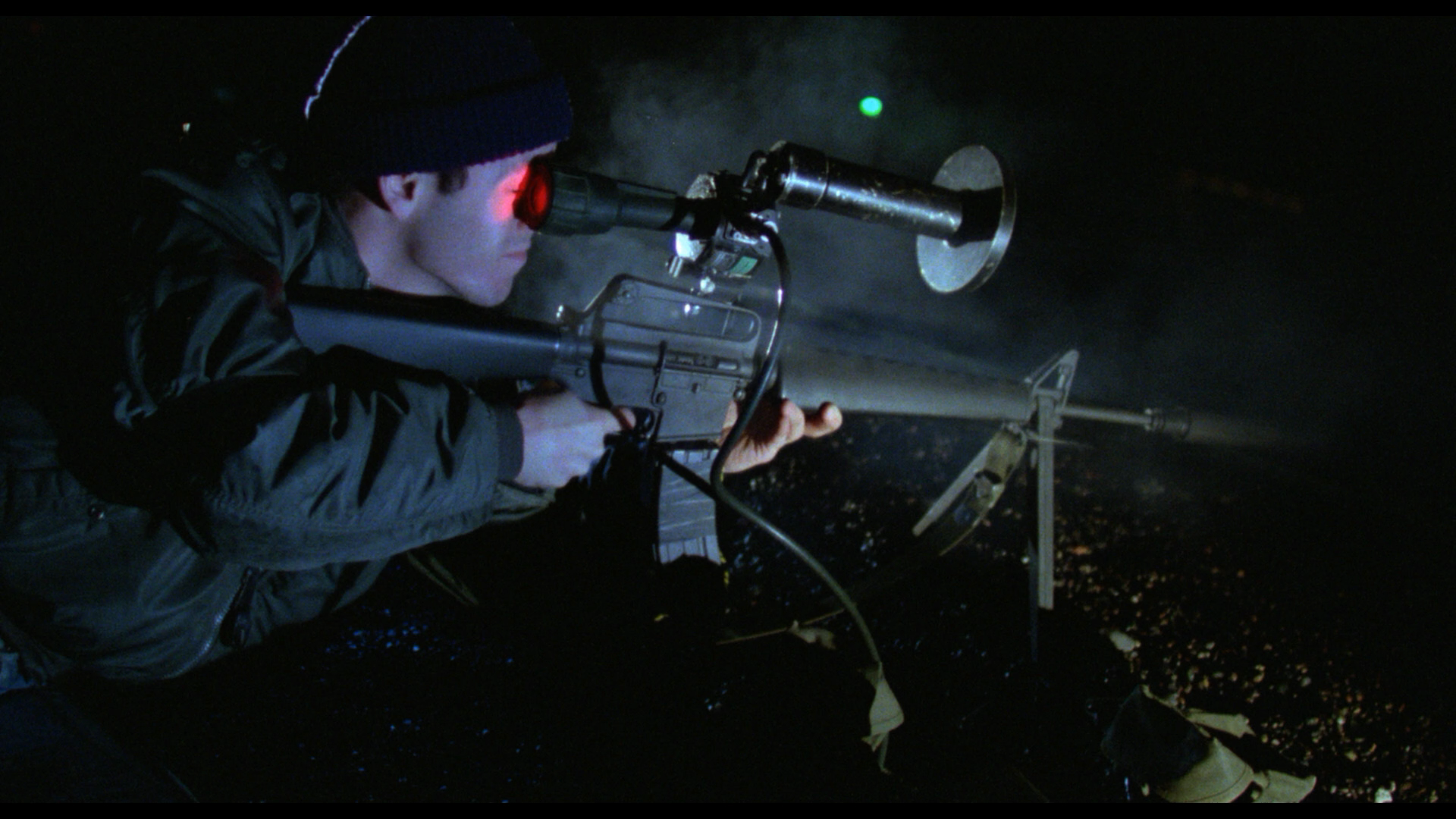 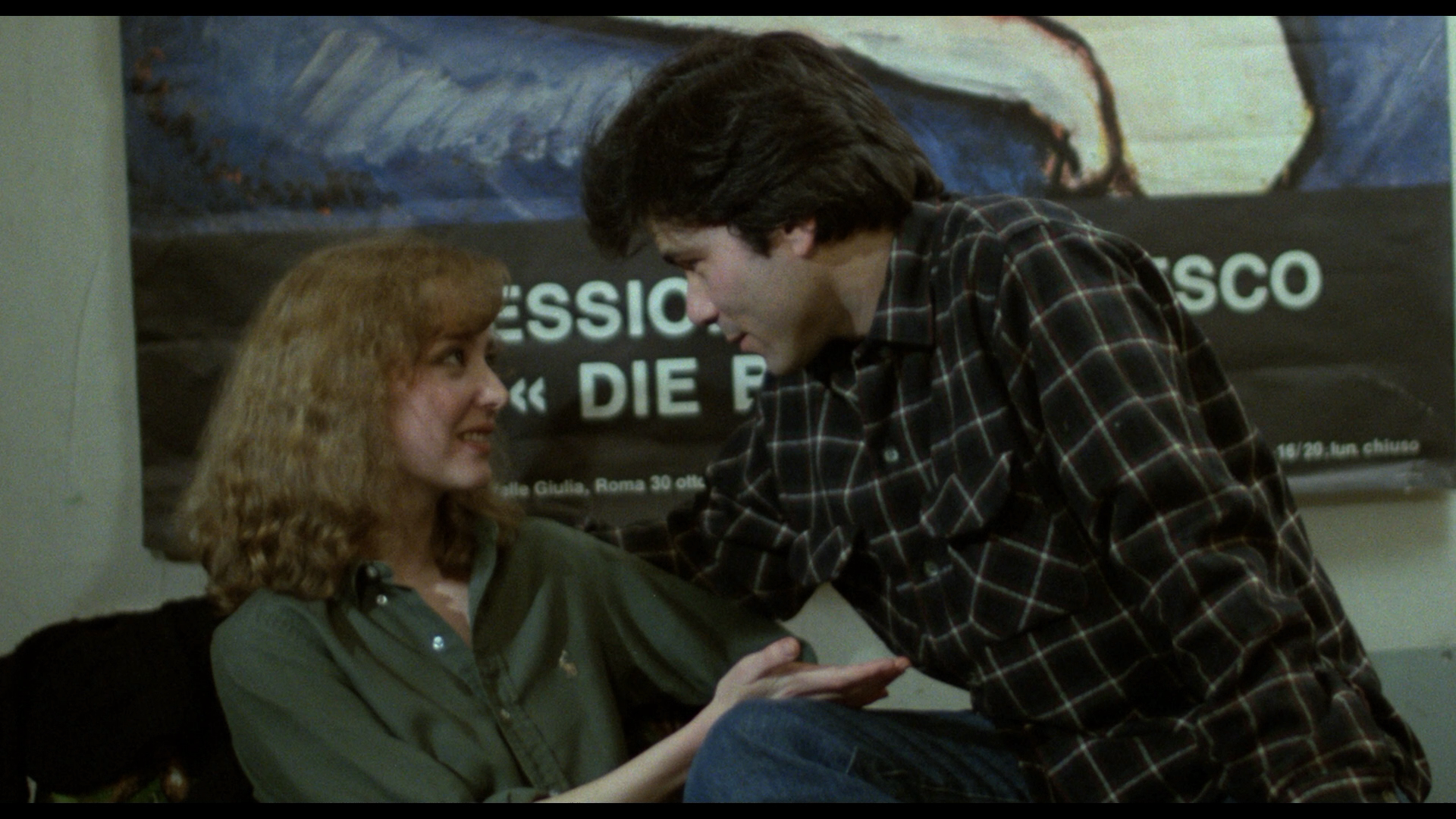 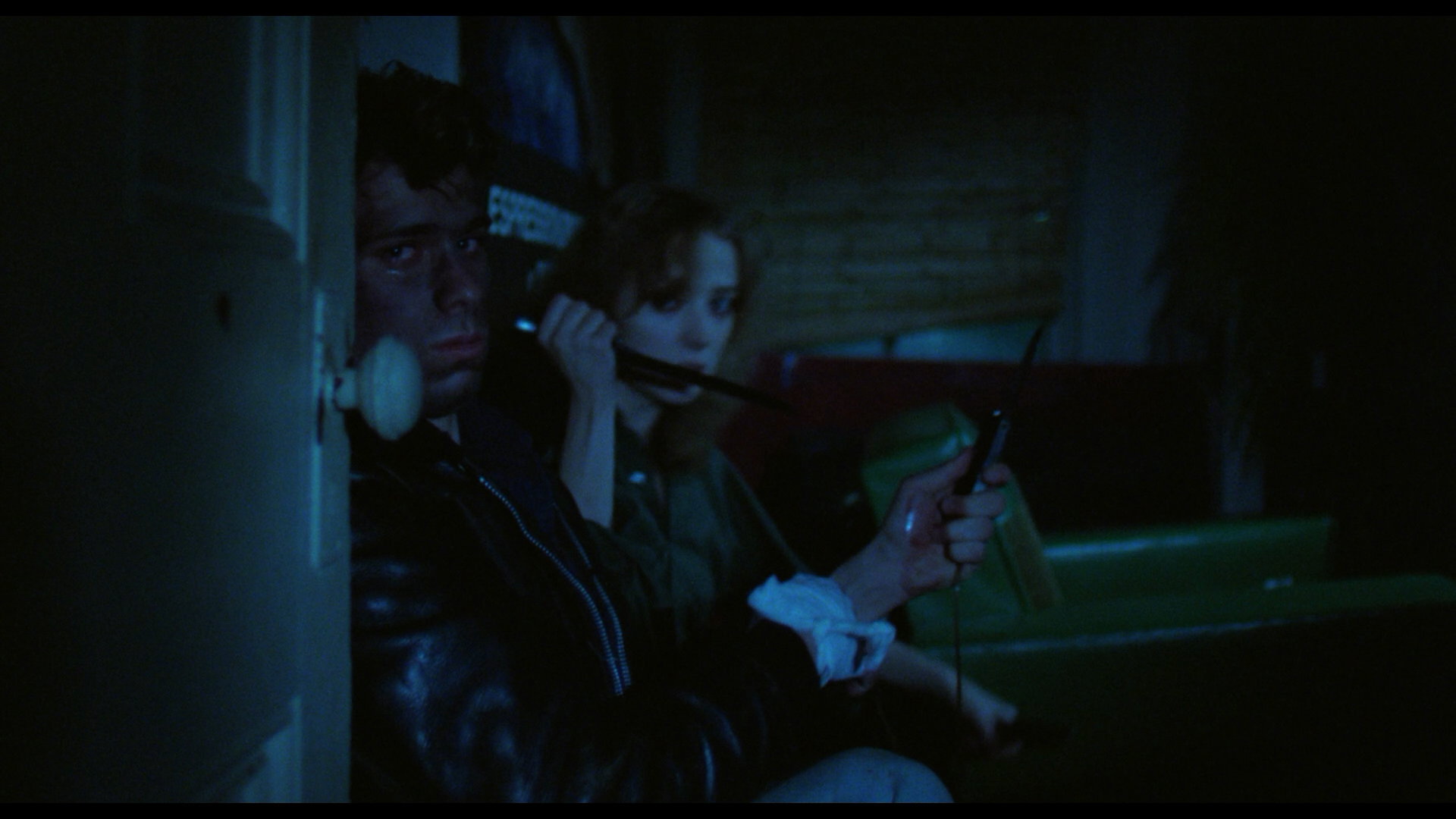 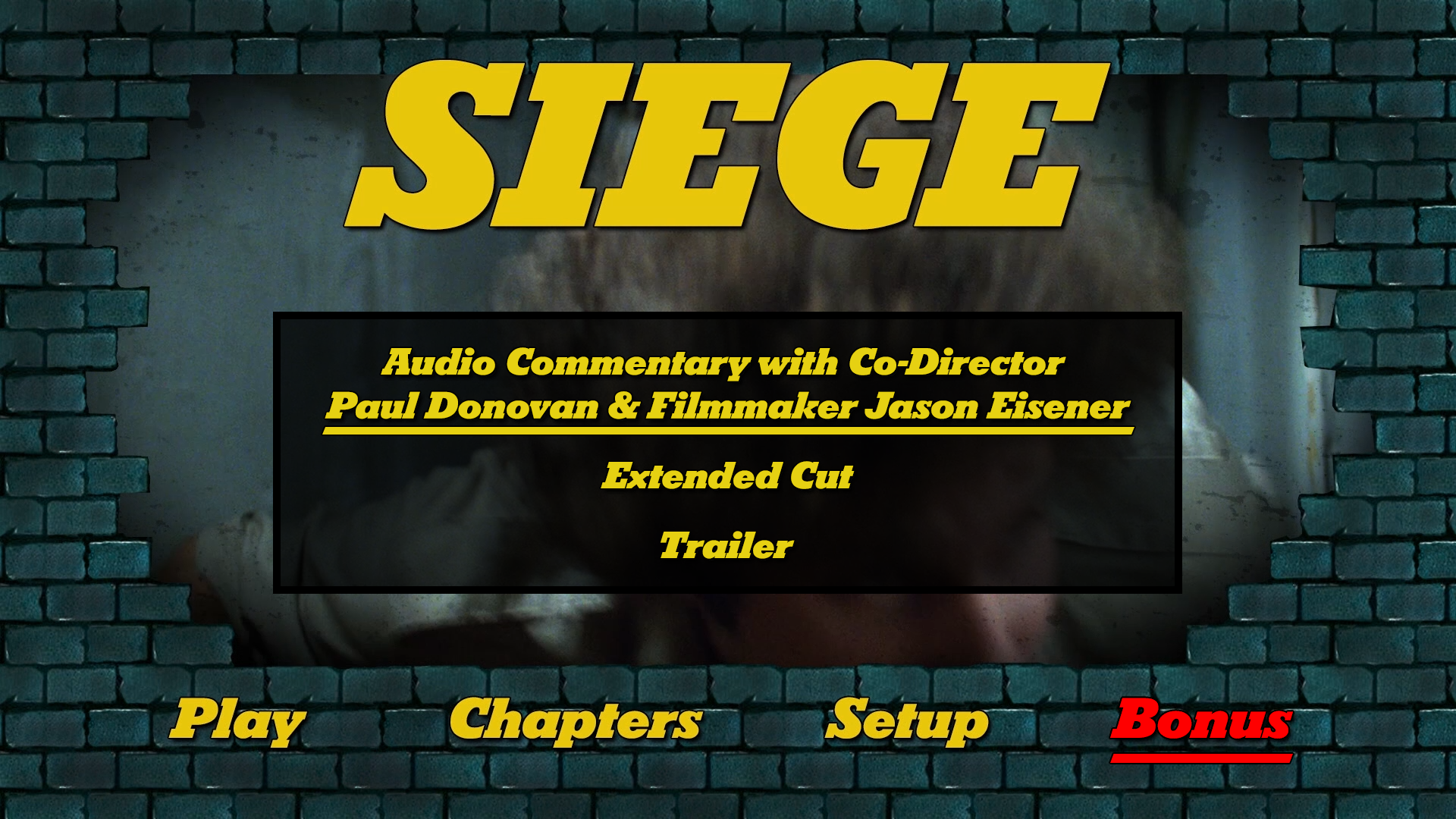 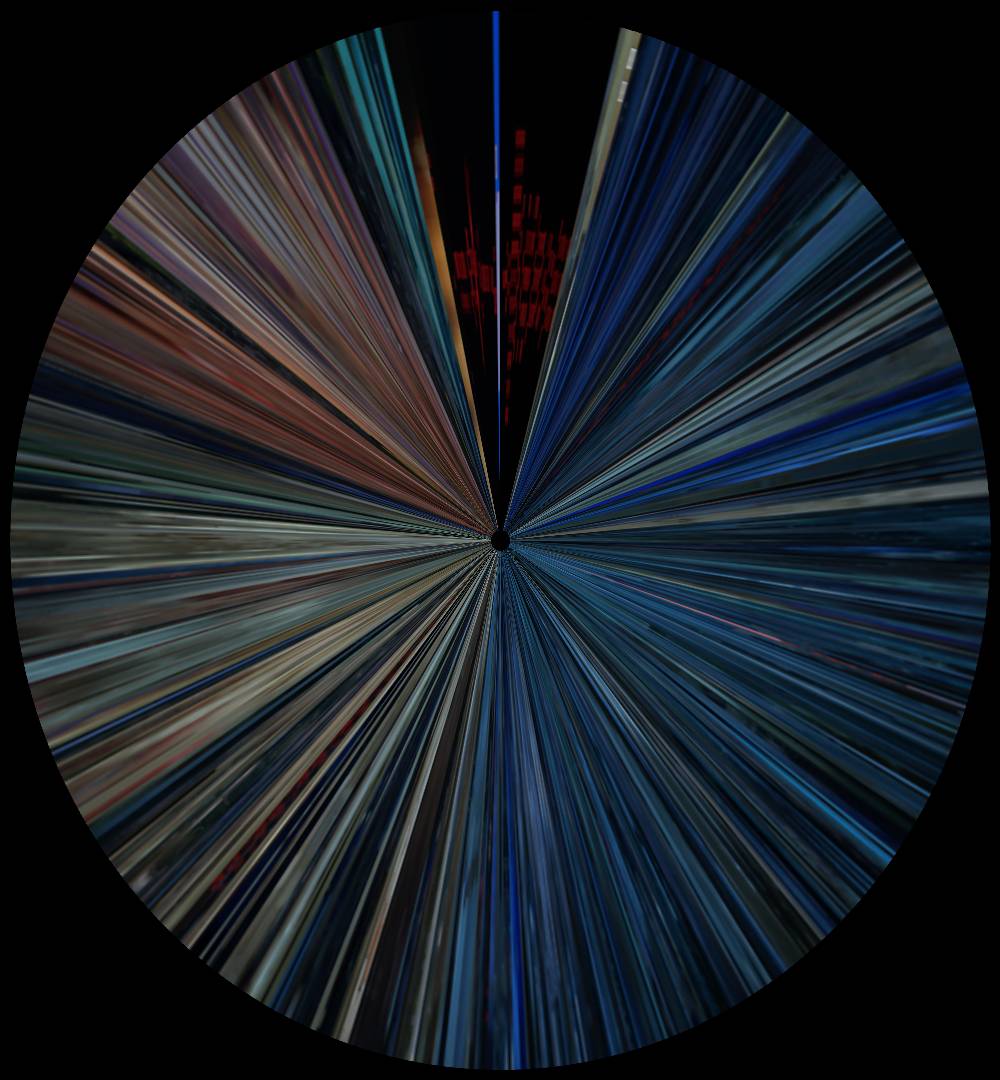 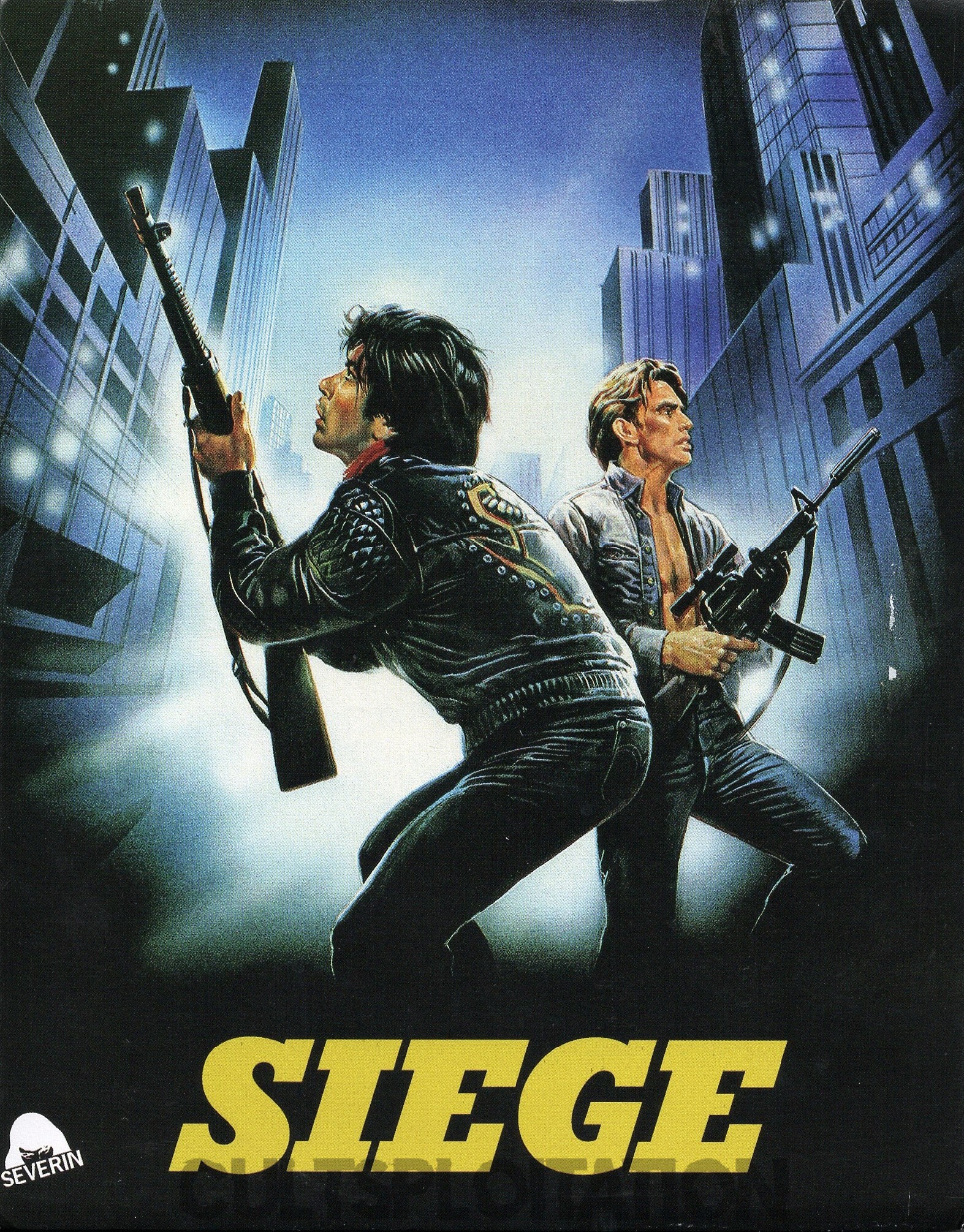 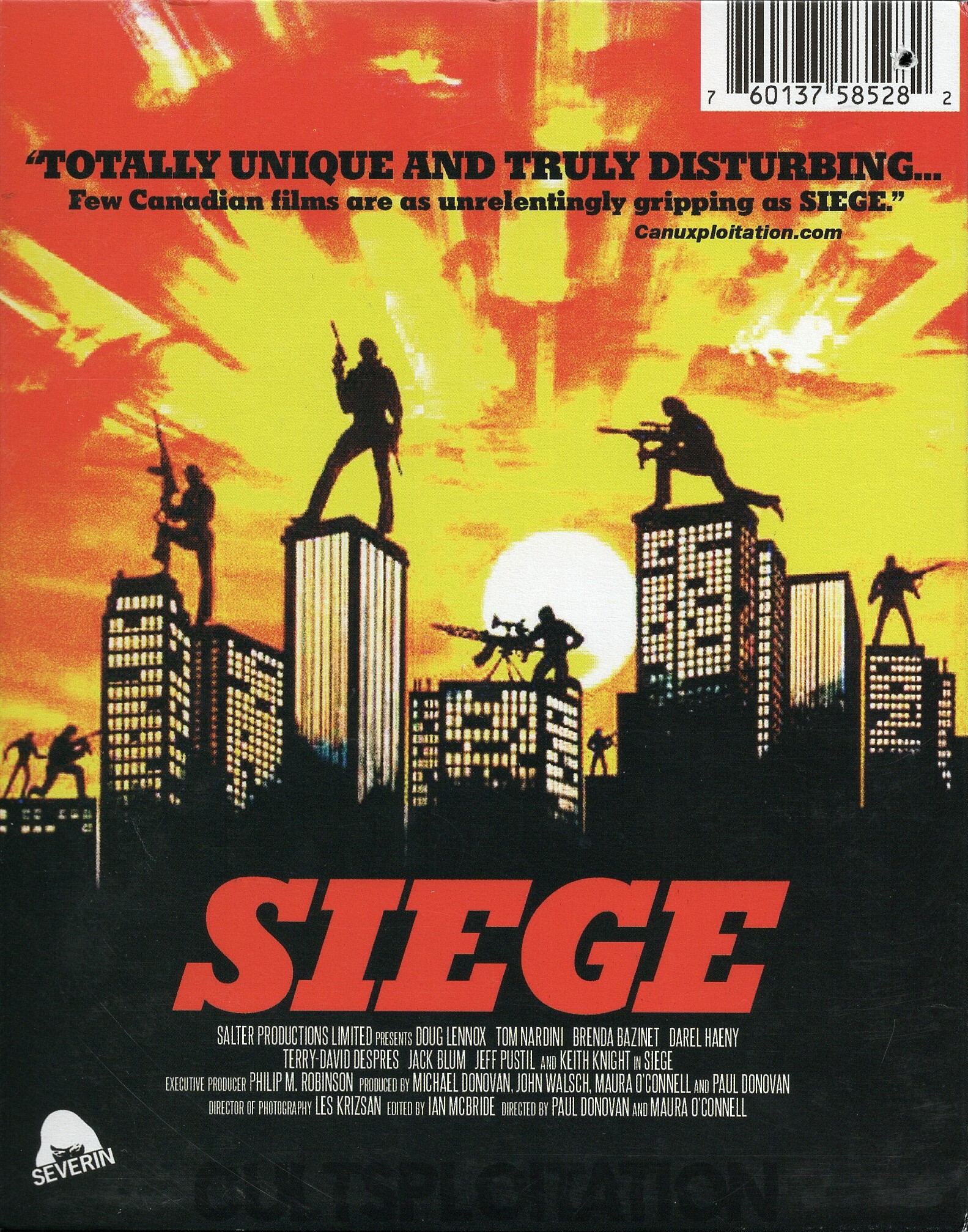 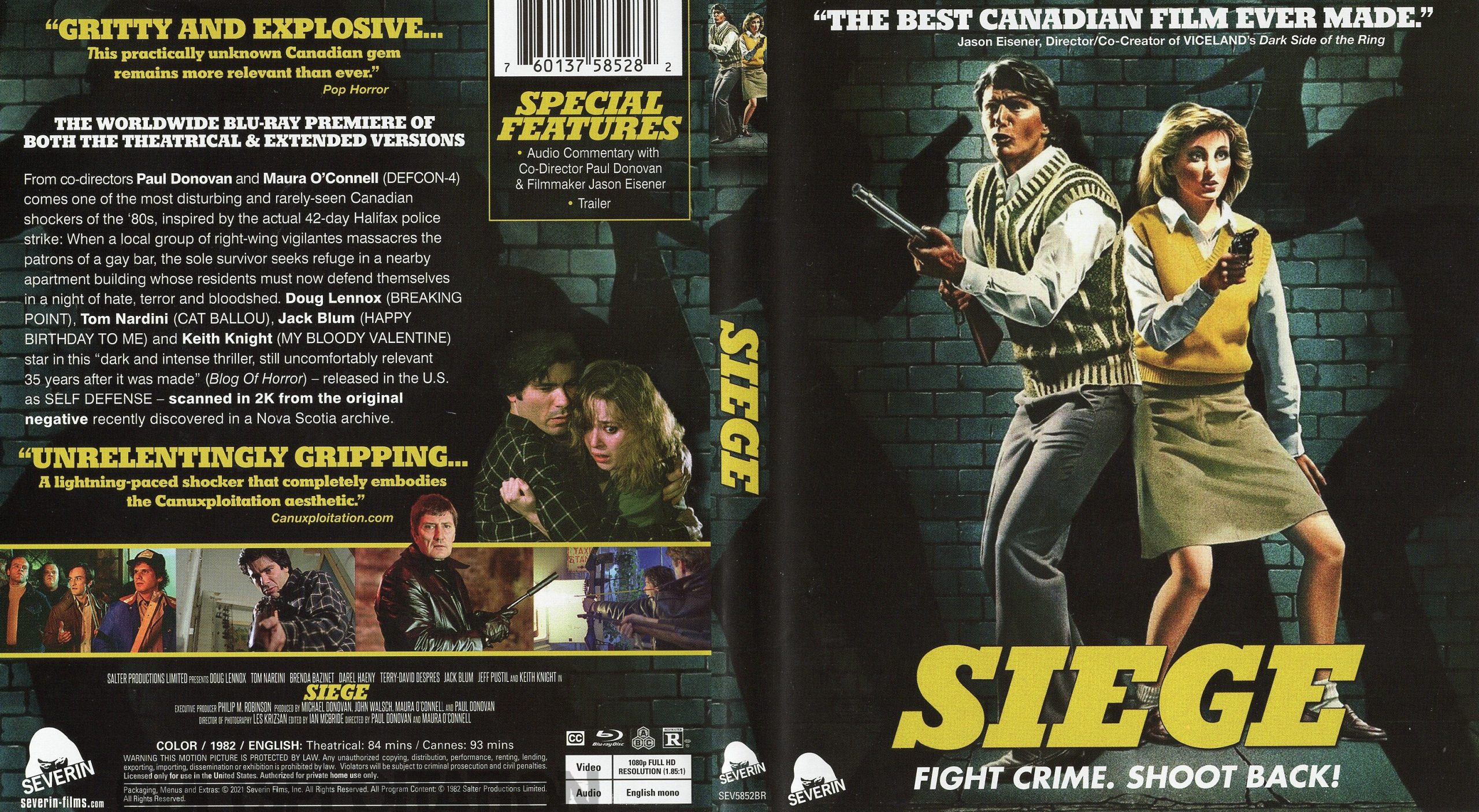 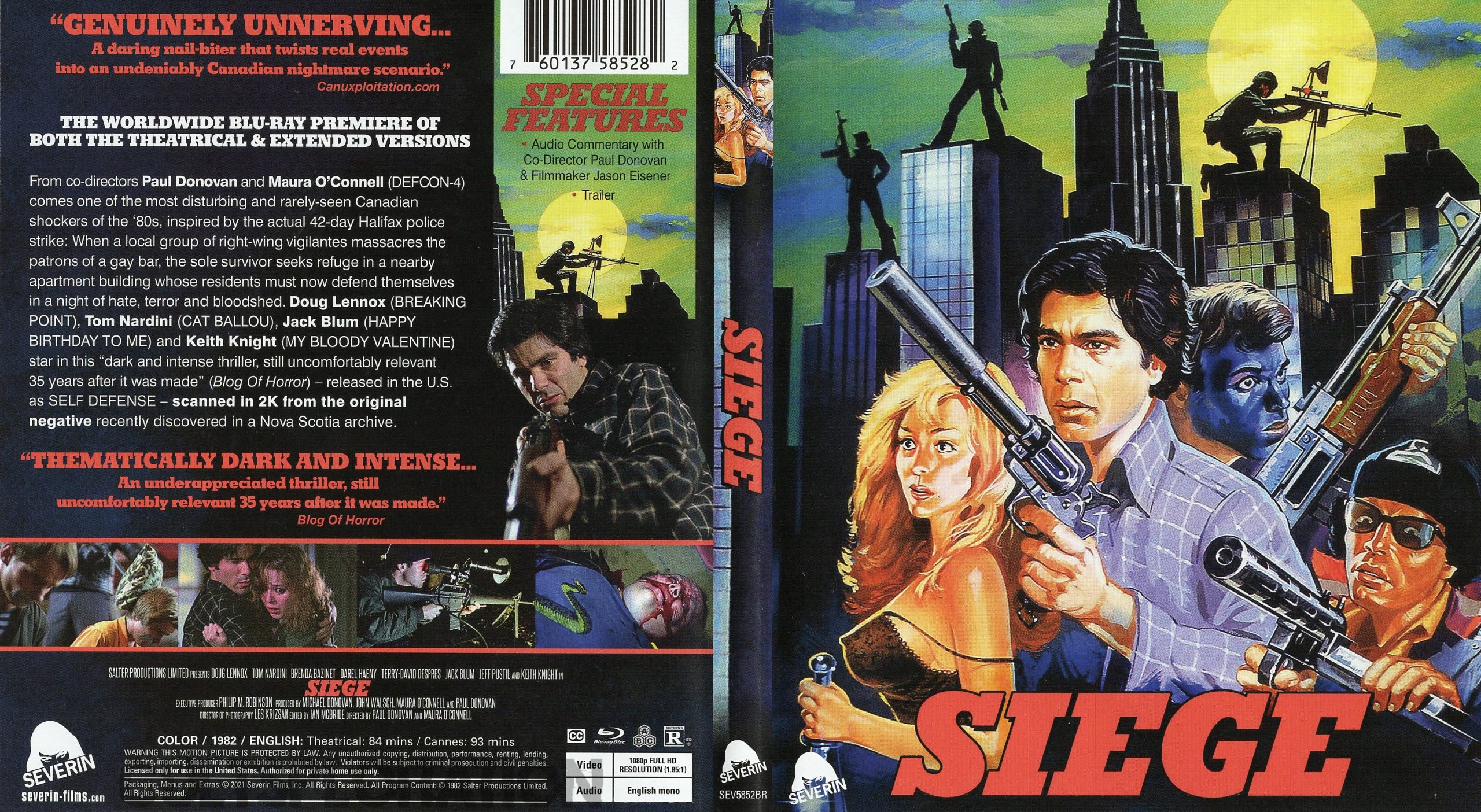 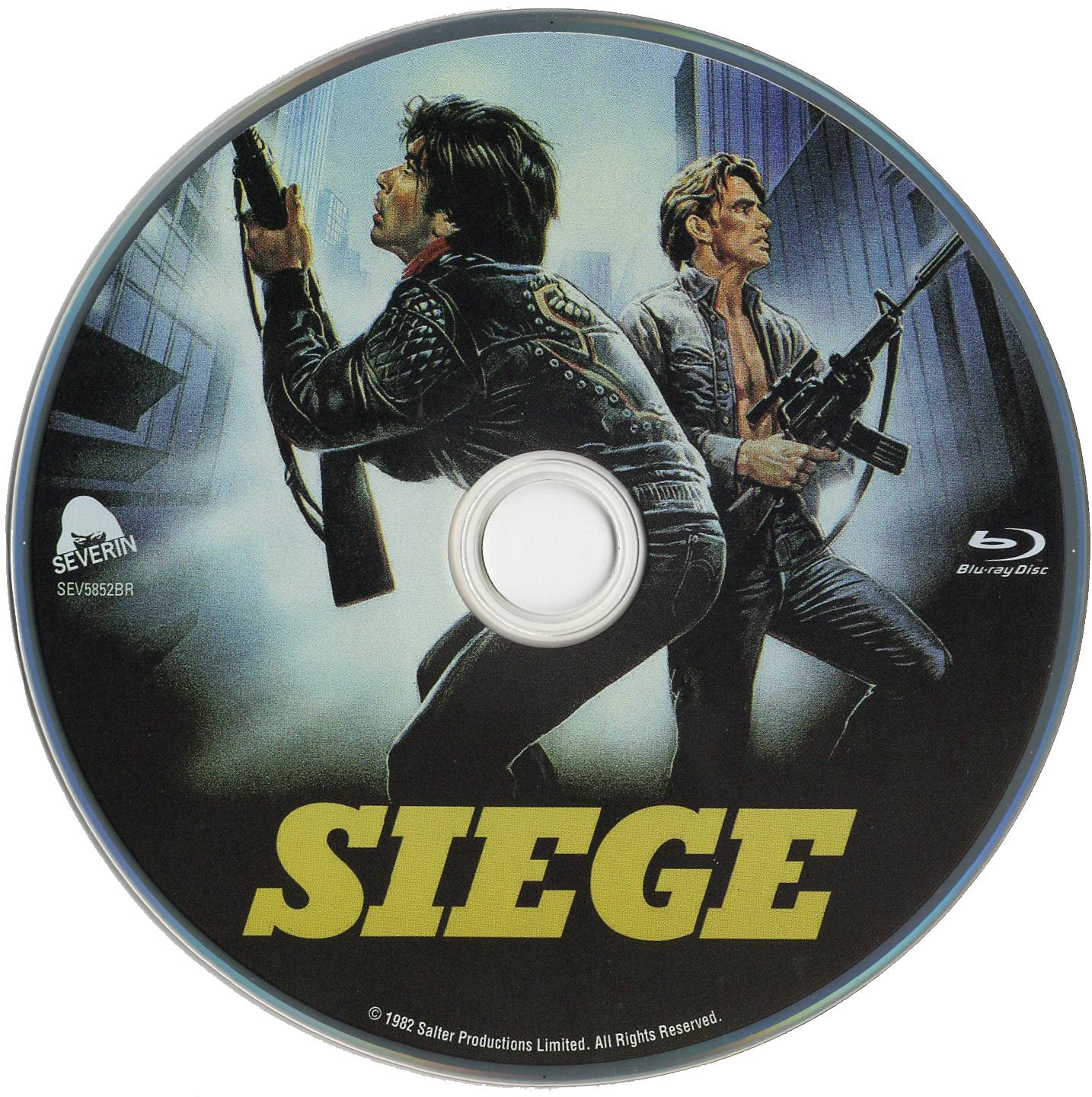