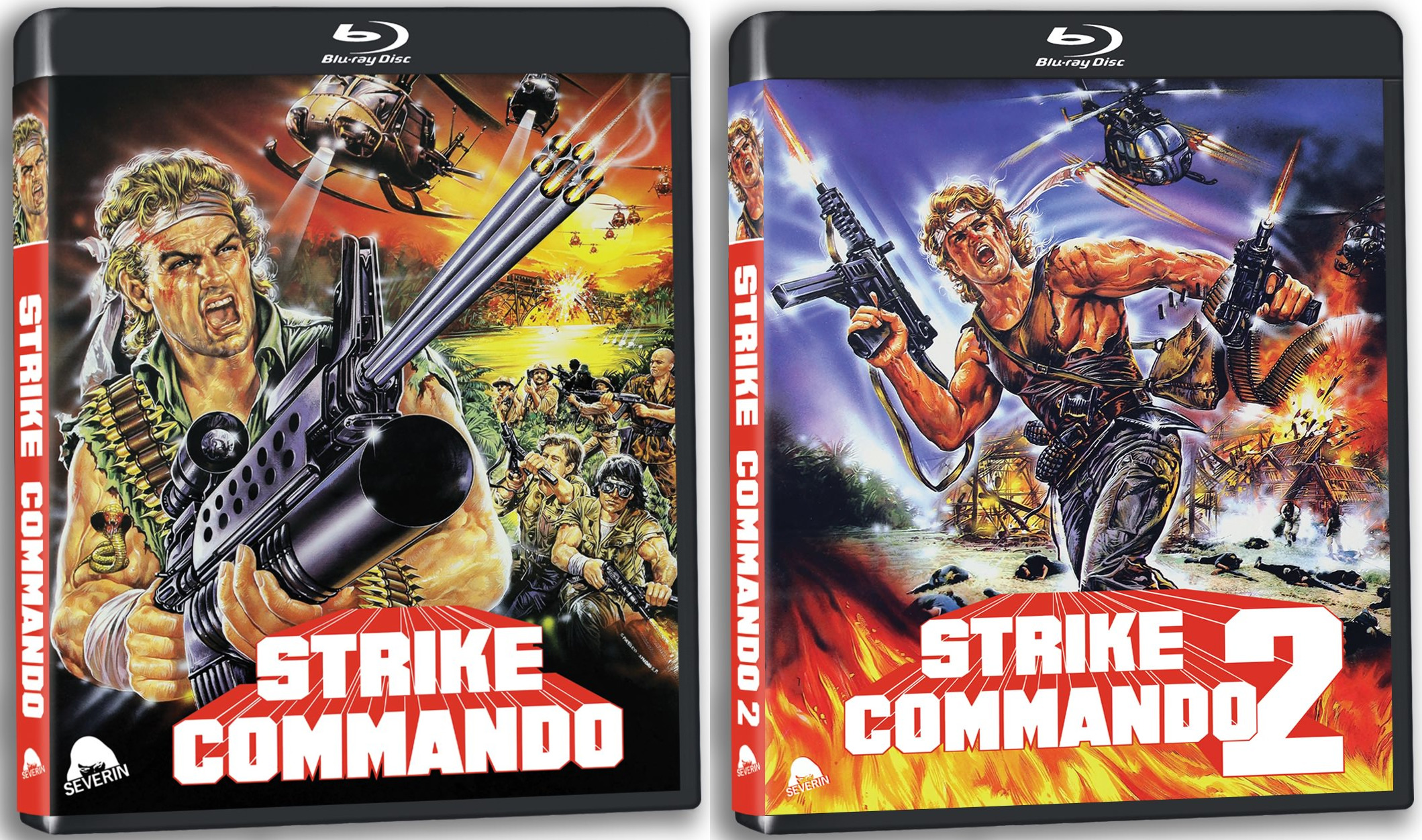 Welcome to something I have never done before on Cultsploitation. I am reviewing two Blu-ray releases in one post. So, instead of one half-assed review, you get two! Who knew you could be so lucky? The movies, if you are still wondering after having already clicked the post and read the title, are Strike Commando and Strike Commando 2. Both of them are released on Blu-ray from Severin Films, and honestly, I can’t see any reason why someone would only buy one and not both. I’m actually surprised that Severin Films didn’t bother doing a dual feature with both films on one disc. Anyway, long ramble aside, I felt it would make sense to lump these two releases into one review, so without further ado, let’s go!

First up is Strike Commando, the 1986 Italian action flick directed by Bruno Mattei and written by Claudio Fragasso and Rossella Drudi. Right away, reading those names means you know what you are getting into: a ripoff action movie (in this case, the movie being ripped off is Rambo: First Blood Part II) with plenty of cheese and nonsensical plot threads. Reb Brown plays Michael Ransom, a member of an elite strike force whose job is to get in and out as quiet as possible…or so you think as the opening scenes sees his entire team fumbling through a mission like a bunch of blind drunk monkeys. After getting screwed over by Col. Radek, Michael ends up being rescued by some local Vietnamese villagers who nurse him back to health and help him get home. Before Ransom can get comfortable, he is thrown back into the jungles of Vietnam, to go fight some Russians because it’s the 80s.

Cue a bunch of knock off Rambo scenes, one part that would make for a very macabre Disney commercial, and some wonderfully cheesy fight scenes, and you have Strike Commando in a nutshell. It’s a blatant attempt at capitalizing on Hollywood action flicks, and they show no shame in what they are doing. It’s actually a lot of fun and will have you laughing pretty hard, albeit unintentionally caused laughter.

After the success of Strike Commando, a few years later, Bruno Mattei, Fragasso, and Drudi got together to make a sequel brilliantly called Strike Commando 2. This time around, the character of Michael Ransom is played by Gwendoline actor Brent Huff. And the big selling name attached to the film is none other than the Orca hunter himself Richard Harris in the role of Maj. Vic Jenkins. The plot for Strike Commando 2 is all over the place, stealing bits and pieces from other films and it never knows what it wants to be. Does it want to be a semi-serious action flick like Rambo (with ninjas, of course)? Maybe it wants to dive into Predator territory and lift scenes directly from that flick (which it does and to hilarious effect), or maybe it just wants to be an adventure film the likes of Indiana Jones, stealing characters and plot threads willy nilly. Whatever Strike Commando 2 wants to be, it never does any of them well.

Now, don’t get me wrong, I’m not saying I didn’t have a great time with Strike Commando 2. I did, but probably not for the reasons the creators wanted me to. I had fun because the film is awful in so many ways. The acting is pretty bad, save for Richard Harris. The music is so severely misplaced the film sounds like a carnival act half the time. All of these mishaps accumulate in a movie that lands squarely in the so bad it’s good territory. Is it better or even as good as the first film? Not by a long shot, thanks to the schizophrenic story, but if you enjoyed the first film, you should probably at least check out this one.

Anyone that reads my reviews knows I am not technical when it comes to breaking down the details of a Blu-ray. There are plenty of other sites out there that do a better job. Hell, Ryne right here on Cultsploitation does a fantastic job doing just that. Instead, I look at the film, and if my eyes aren’t bleeding, we are good. In the case of Strike Commando 1 and 2, the new 2K transfers look good but not great. There are times where the film has some damage on-screen (mainly during the extended footage), especially in Strike Commando 2, where a random blue line will appear in certain scenes. However, none of this is going to take away from your enjoyment or make you think twice about picking them up.

The audio fares about the same with two options available for both films: English and Italian LPCM with optional English subtitles. I noticed a bit of distortion and hiss on the English track for the first film, and on the second one, I really had to crank up the volume to hear the dialogue. I watched both movies with the English track selected and subtitles enabled. I chose English because most of the characters in the films are speaking English and the dialogue matched up pretty well with their lips.

Extra features for Strike Commando include a 20-minute interview with Claudio Fragasso, a 13 minute interview with Rossella Drudi, an in-production promo that spoils the entire film, and finally, a trailer. The disc also includes the option to watch either the extended cut or the theatrical cut of the movie. You are looking at a 10-minute difference between the two cuts. Most of the extra scenes involve some character development of the Vietnamese villagers. Those extra scenes are included in English only.

Extra features for Strike Commando 2 include another interview with Claudio Fragasso that runs almost 17 minutes long. He definitely wants to get the point across that any sort of ripping off of films is mainly placed on the shoulders of Bruno Mattei. Next, we have a 14 minute interview with actor Brent Huff and finally a trailer. As was the case with the first film, you also get the choice between either the extended cut or the theatrical cut. Extended scenes here include more action bits and some extra scenes with the two main leads of the film. Extra scenes are once again English only.

Overall I enjoyed the first Strike Commando a bit more than the second one, but both will make for a great night of laughter. If you only have the money for one of them, the best option would be the first one, but if you can afford both, pick them up and take in all that wonderful absurdness. 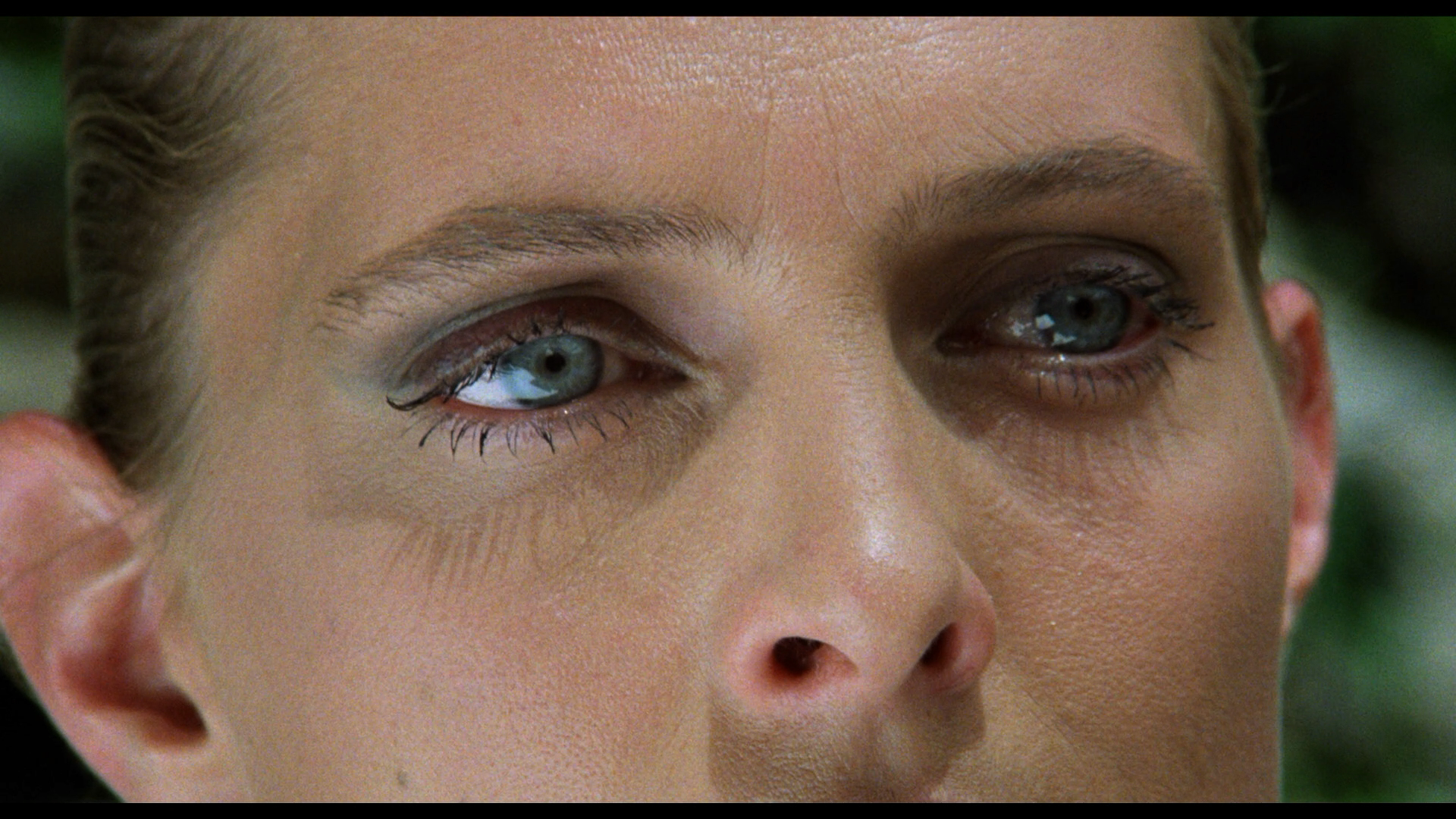 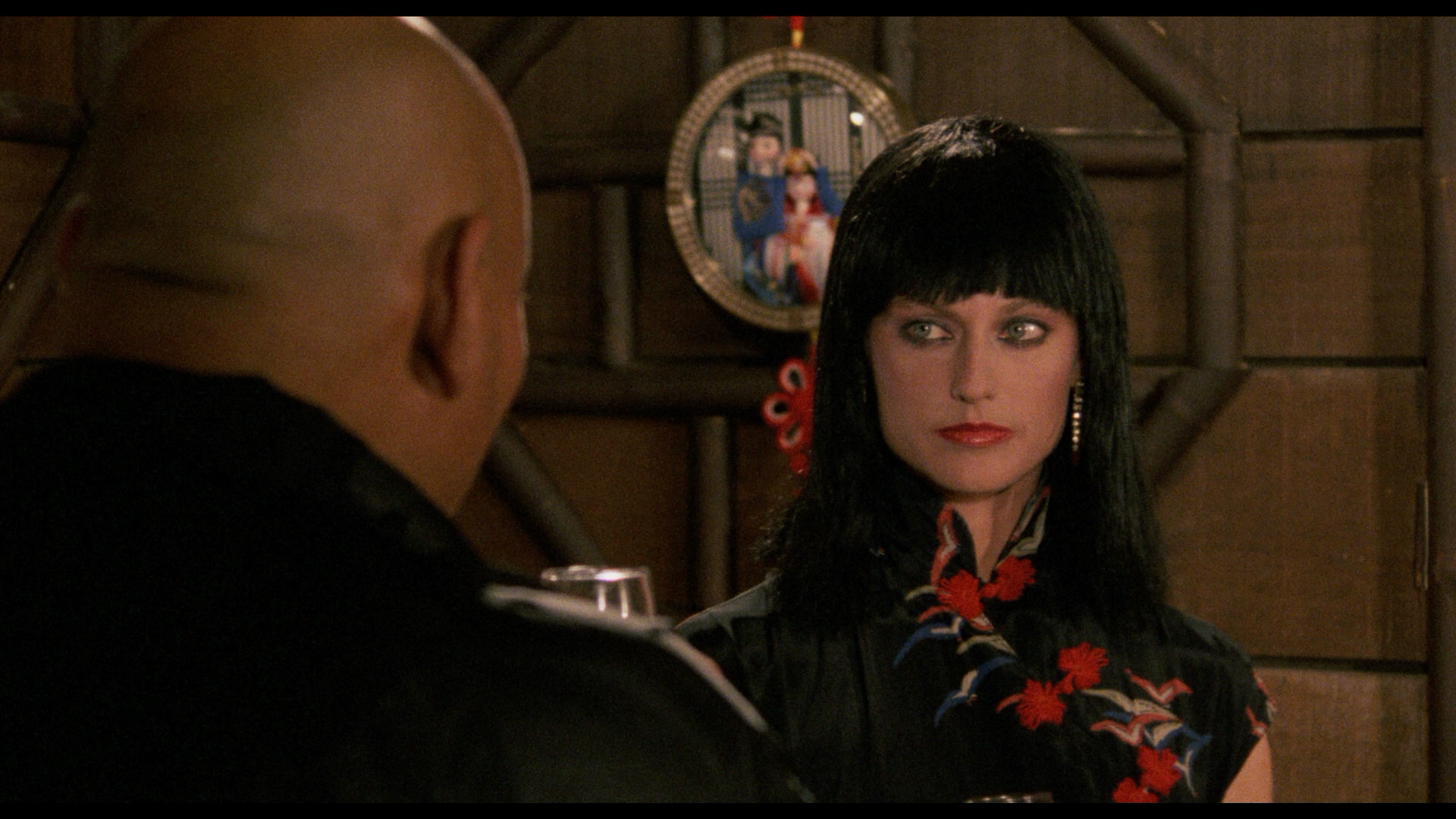 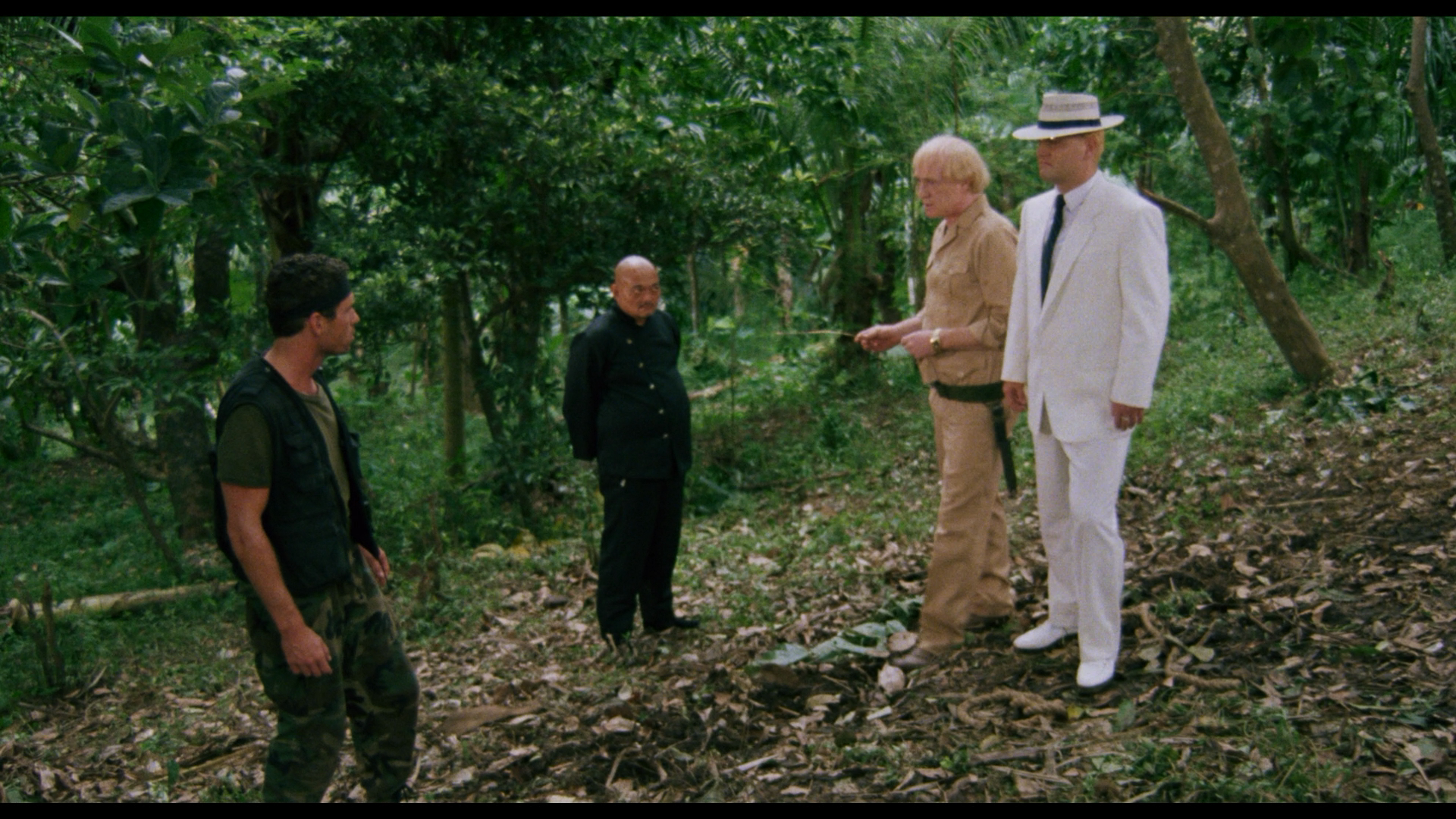 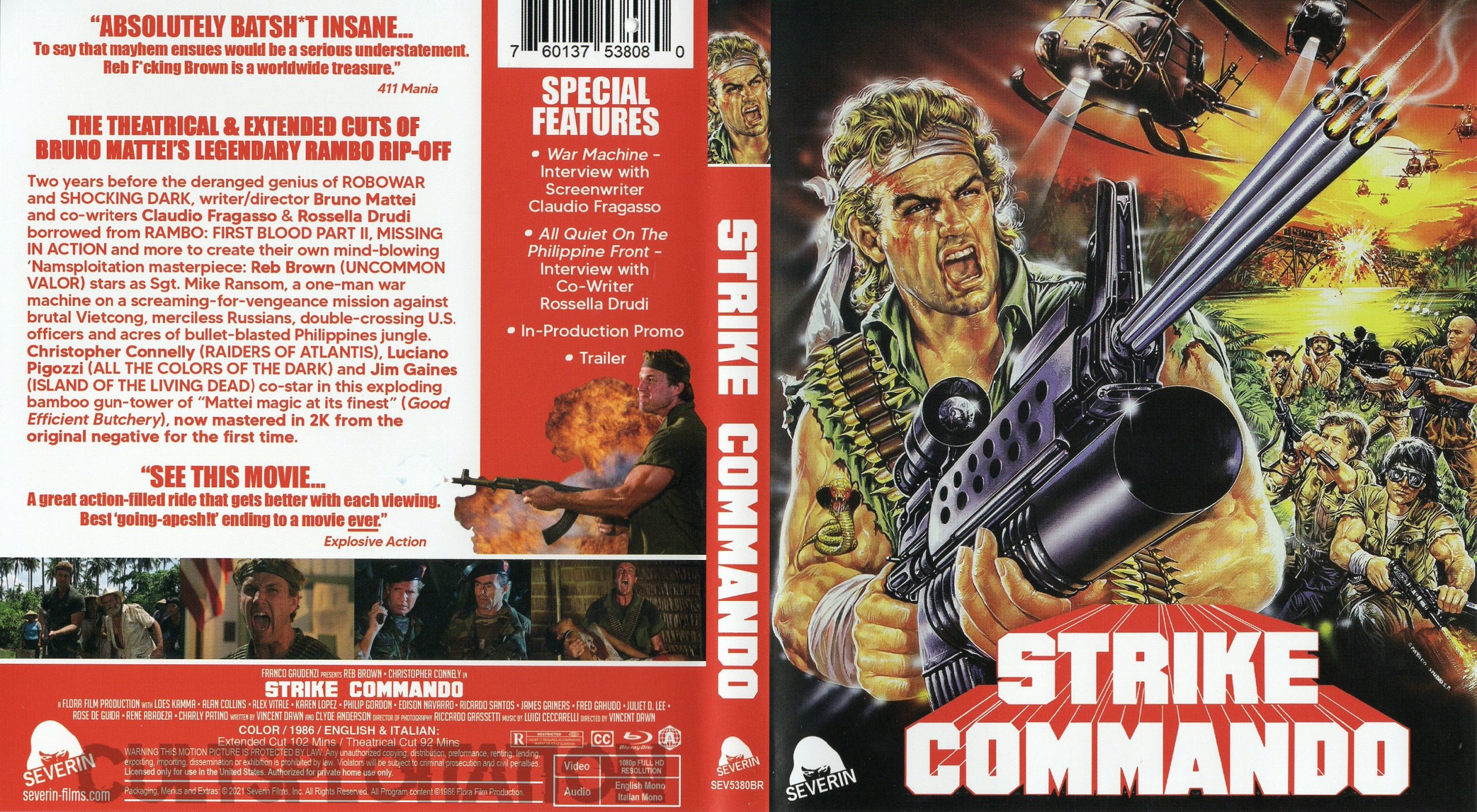 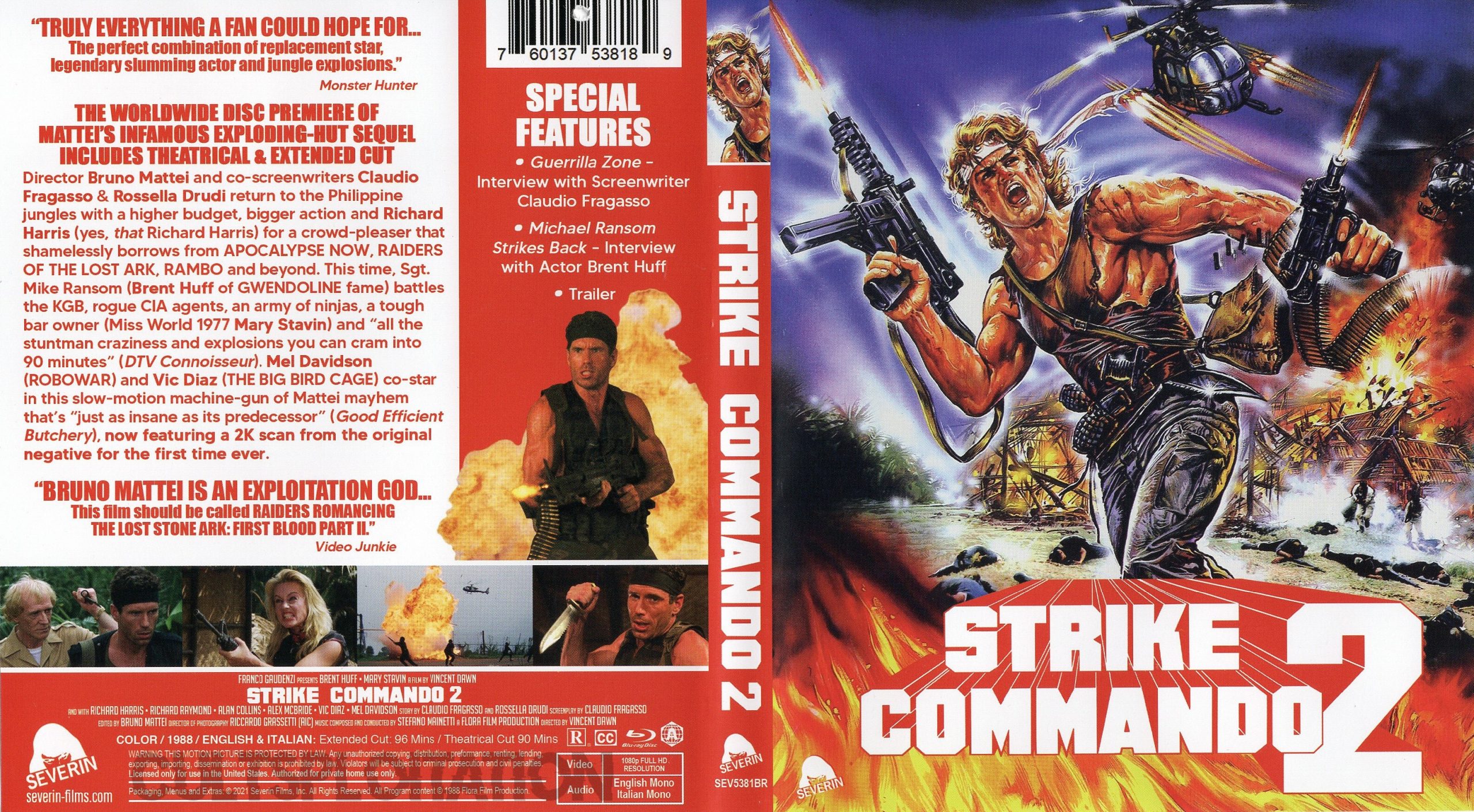