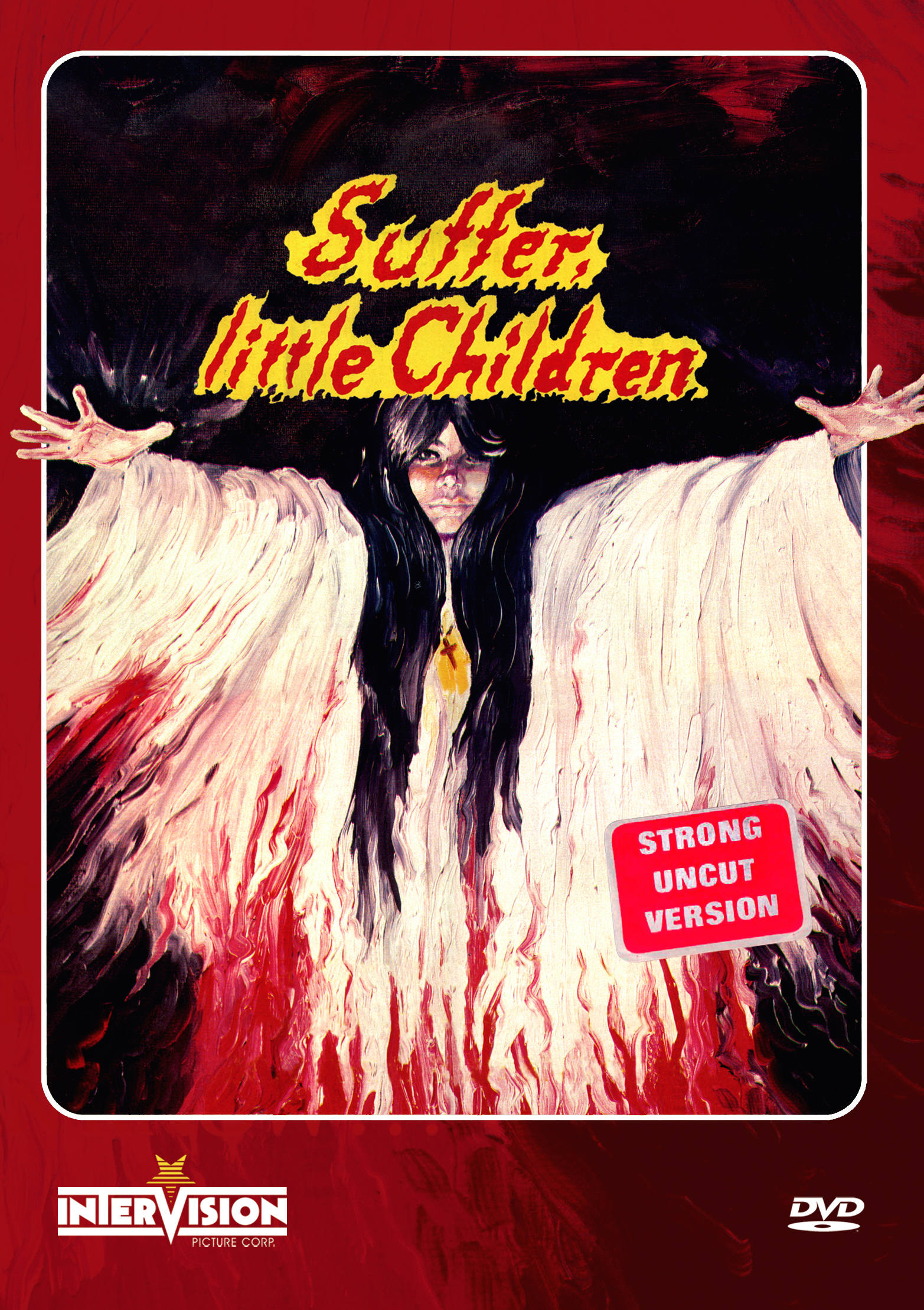 Elizabeth doesn’t talk, but Elizabeth doesn’t need to talk. You see, she is pure evil and the poor children in the home she is taken into will soon worship her and the devil. The adults, on the other hand, will soon meet the sharp end of a knife.

Some films have a lot of history behind them, and that becomes the reason for their cult status and success many years later. Suffer, little Children has quite the history: being denied certification, the film seized by police and lots and lots of headlines saying the children in this movie had to have been traumatised for being put in it. What’s funny, though, is the film was made by the kids, and all of them were having a blast making it.

The film is most certainly low budget, with all sorts of issues cropping up. We have muffled dialogue, blaring rock music, awkward scene transitions and the worst of all, bland and boring scenes that stretch on and on. It’s not until the final 20 minutes where the film flips a switch and goes balls to the wall, batshit insane!

Before I talk about that wacky doodle ending, I’ll tell you a little bit about the boring stuff. A mute child by the name of Elizabeth arrives at a children’s home, and before you know it, strange stuff starts happening. It turns out Elizabeth is the devil and can control the kids with her devilish mind powers. Not much happens for about an hour unless you count a former resident of the children’s home showing up and flirting with the caregiver.

Finally, the film decides to actually do something, and Elizabeth gets all the kids to gather up weapons and take care of all the pesky adults in the house. That’s when we finally get to the end where a crazy seance, devil chanting and blaring rock music happens. Also, a surprise guest shows up to try to save the day with his magical invisible beam-shooting hands.

Honestly, at first I wasn’t able to get into this movie, and I was just about to give up hope. I understand the passion, dedication and hard work from the kids and what they were trying to obtain with the shoestring budget, but it was just so damn boring. However, hot damn that ending spews forth a smorgasbord of insanity that needs to be seen by everyone.

There is a lot of violence and gore that happens near the end of the film. Lots of fake blood flying all over the place. Early on in the movie, we get some pretty cool zombie effects.

This is a movie made by kids, so rightfully there is no sex or nudity present.

After sitting around on VHS, people will finally get to see a nice copy with Severin Films and Intervision Picture Corps’ DVD release. Why not Blu-ray you ask? Well, because the film wouldn’t look any better than it does now, which is to say, it looks like crap but provides a certain documentary/home video vibe to it. Lots of tracking issues occur, but everything is still visible.

As for the audio, as previously mentioned it’s super muffled and hard to make out what people are saying. Subtitles help a lot, although sometimes it seems that what they are saying doesn’t always match the caption. Nevertheless, it works.

Special Features are a bit light, with a short interview with the director, Alan Briggs, and an interview with Video Nasty expert John Martin. Also, a trailer has been kindly provided.