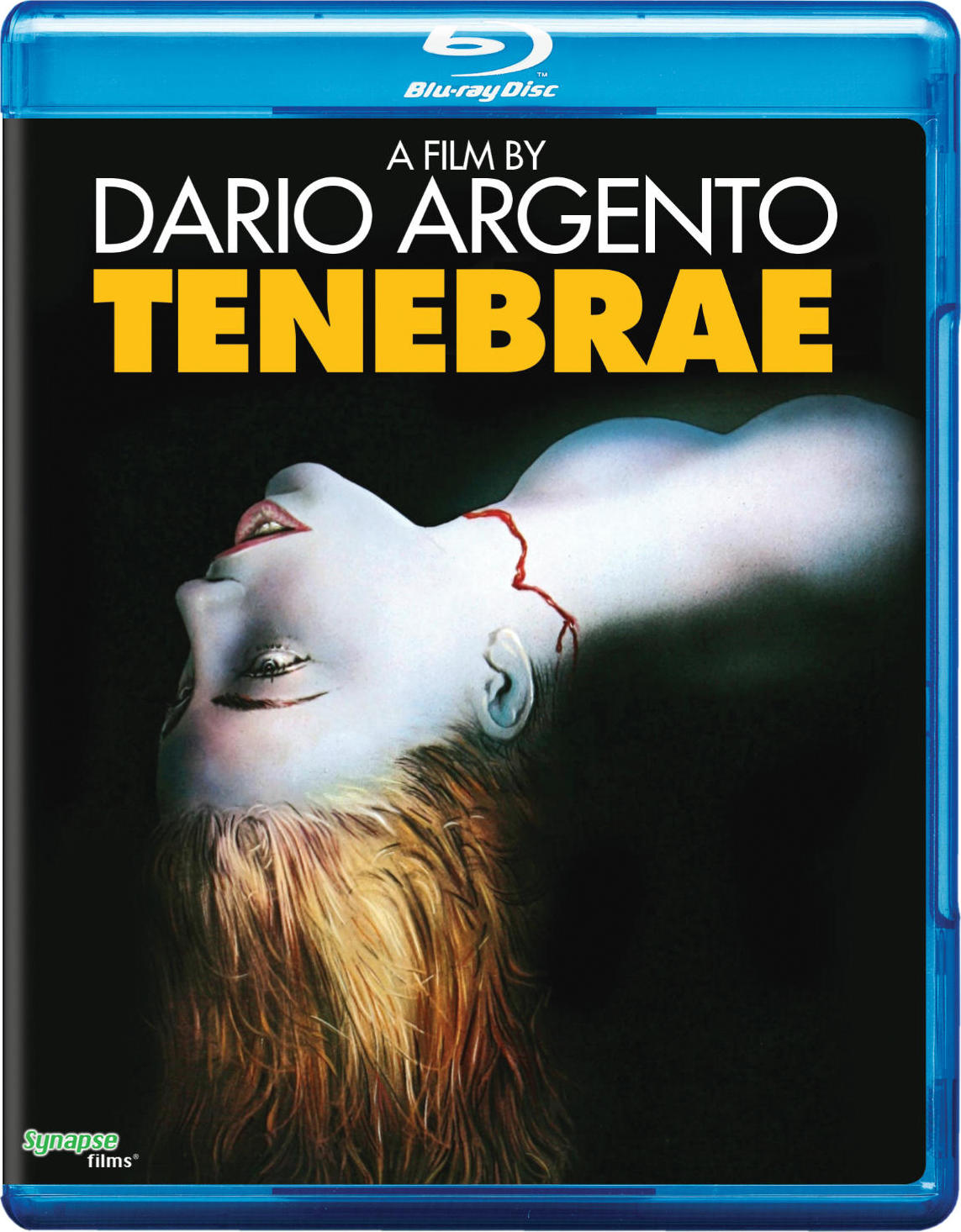 American mystery author Peter Neal (Anthony Franciosa) comes to Italy to promote his latest book, but it doesn’t take long for a killer to start using said book as inspiration for his murders. As the bodies pile up and the clothes come off, the mystery unravels.

A Dario Argento film has certain elements that just make it an Argento film. The black gloved killer, the fantastic music, the sweeping cinematography, the terrible dubbing. It’s what we expect in an Argento film and today’s flick, Tenebrae, has all of those elements in spades.

Tenebrae also has a bunch of other elements that make it one of Argento’s best films. Personally, my favourite is Argento’s use of the female form. The Giallo expert has numerous beautiful women starring in the movie, with most of them having no problem showing off their goods. It’s just oh so fantastic. Coming in a close second for my favourite element is the story for Tenebrae. The flick serves up a murder mystery that keeps the twists and turns coming right at you all the way to the crazy ending. I would be very surprised if someone said they were able to figure out the twists before they happen.

Tenebrae is the Argento film that many would want to show to people who have never seen an Argento film before. It doesn’t have as many crazy over the top stuff that some of his other flicks have; it’s more grounded in reality. The movie will have you confused, but as the story unfolds, the dots start connecting, and once the credits roll, you’ll be delighted.

Tenebrae is a bloody and gory film. The bodies start piling up pretty much right away, and Argento doesn’t shy away from the red stuff. It also has one of the most memorable axe murders I have ever seen on film. So. Much. Blood.

As previously mentioned, Tenebrae features plenty of nudity of the female kind. If that is what you like in a flick, you’ll be very, very happy with this one. Strangely enough, though, with all the nudity there isn’t a sex scene.

The US Synapse release of Tenebrae came out initially as a Limited Edition release. The version I’m reviewing is the single disc version from Synapse, which has the same transfer, but not all the goodies included in the limited release (a booklet and CD). As for the transfer, Synapse has done a fantastic job. If you compare the Synapse release to the Arrow remastered release (not Arrow’s first stab at the film, which was a compressed nightmare), the most significant difference is the colour. The Synapse Blu-ray is definitely more vibrant compared to Arrow’s Blu.

Synapse has provided both English and Italian Master Audio DTS-HD 2.0 tracks, and both are the perfect examples of Synapse’s strive for high quality. I noticed no issues with either track, and my preferable selection for the movie is the English track, as the dubbing for Italian actors isn’t as bad as most dubbed films can be.

When you first look at the list of extra features for Tenebrae, you might think to yourself that it doesn’t seem like a lot. However, one of the features titled Yellow Fever: The Rise and Fall of the Giallo, runs a whopping 82-minutes and is an in-depth look at the Giallo genre that fans will highly enjoy. Also provided are some rare English inserts such as the opening scene of the killer reading the book; the original version has the book in Italian, but the English insert is, you guessed it, French. Kidding, it’s English. Rounding everything out is a commentary with film critic and Argento scholar, Maitland McDonagh, trailers, alternate “Unsane” closing credits with a synth-pop song running through the credits, and finally an alternate opening credits sequence.