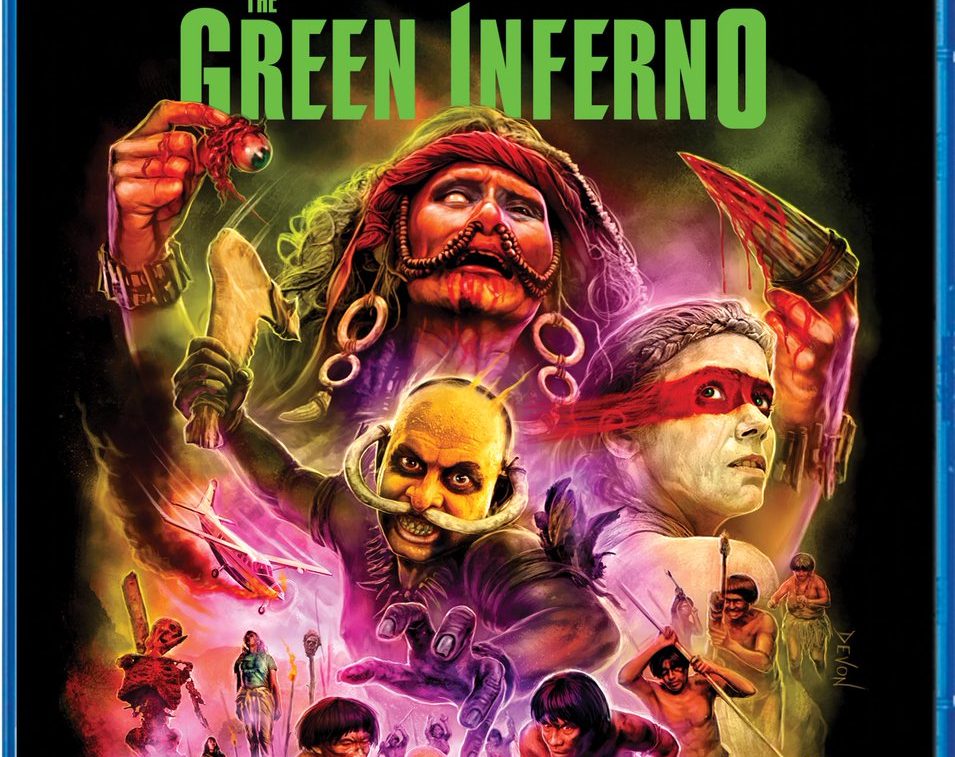 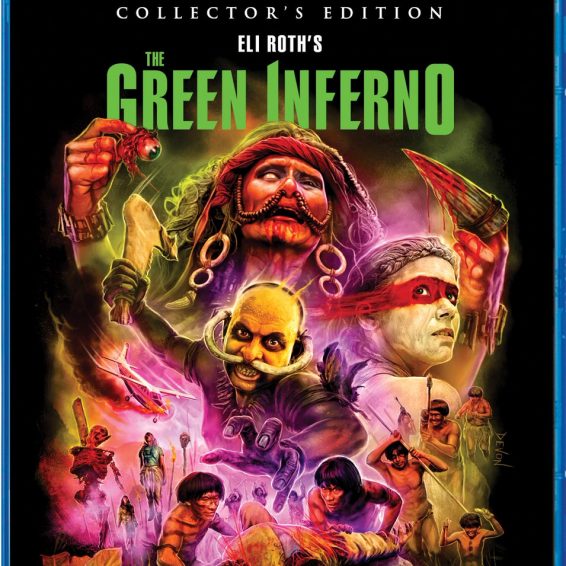 Poop, puke, and all other manner of bodily function

The Green Inferno is a brutal cannibal film that may miss the mark slightly with its themes about social activism. Still, this new Blu-ray has a number of great extras that make it worth a grab.
Film
Blu-ray
Reader Rating1 Vote
4
Buy
Amazon

The Italian cannibal films of the ’70s and early ’80s are infamous, and perhaps not for great reason. One of the most notorious, Cannibal Holocaust, is mostly cited simply because of its on-screen animal abuse and the gore effects that had many critics hoping they didn’t witness an actual snuff film. Others, like Eaten Alive!, are really meant to bring the violence and the otherwordliness of their tribal cannibals as far as possible. Eli Roth, not one to shy away from attempting to outdo the gratuity of someone else’s work, decided that what the world really needed in 2013 was another look at cannibal culture. However, instead of setting up The Green Inferno as a pseudo-documentary about the travails of documenting the lifestyles of native peoples, he instead looks at what it means to contemporary culture when so-called “social activists” take up any old cause without fully understanding the dynamics behind it. Part gore-soaked homage, part parody of social justice, The Green Inferno wryly explores this idea of dabbling in cultures one doesn’t fully understand as a group of activists stage a demonstration in the Peruvian rainforest and find they’re way over their heads after a local tribe finds them delectable.

The Green Inferno is set up just like some of those fine older cannibal films, but it changes the flow of the plot. Instead of focusing on the a great story for a documentary crew, the film follows Justine (Lorenza Izzo) as she joins her college’s activism group once she finds out the deplorable act of female genital mutilation goes on in cultures all over the world despite her dad being a member of the UN. Taking up any old cause, she boards a plane to Peru, where her friends stage a viral video campaign stopping the destruction of the rainforest that is home to a vast tribe of natives. But when their plane crashes, her and a few others are taken captive and occasionally fed to these hungry villagers, because here feed human scraps to their animals.

Roth’s script is sort of world-weary; he’s poking fun at the kind of people who want to feel helpful, who want to fight for a cause without truly understanding what that cause means. It’s evident from the moment Justine becomes entranced with female genital mutilation; at first, she was oblivious to it, and now she’s overcome with a need to put a stop to a practice that has proliferated in other cultures for hundreds (perhaps thousands) of years. The Green Inferno is a rebuke at those people who think that, without understanding a culture, they can simply stop what another culture doesn’t agree with.

Thus, our somewhat unlikable characters are met with a number of gruesome fates, ranging from being completely de-limbed to being feasted on by insects to being completely humiliated like cattle. Roth’s film matches the grim tone of other cannibal films while also getting some black humor from its characters’ misery; it helps that none of them are well-characterized, or at least not in a manner that forces the viewer to like them. So when we see a woman shitting in a corner of the cage or a guy masturbating vigorously to help expel some of his panic, there’s a bit of escapism here: we’re laughing at caricatures of people, and participating in Roth’s metaphor.

With that said, there’s something of a condescending tone throughout The Green Inferno that is also backed by Roth’s interviews delivered at length on this release. While the film certainly mocks those with a very limited understanding of the social controversy they’re lashing out at, The Green Inferno also seems to imagine that no one can actually be legitimately personally affected by societal wrongdoing. It’s dangerous ground to tread, though the film routinely avoids going too far down this rabbit hole. Still, the theme has a hard time deciphering what is “real” activism versus people posing like they care about an ideal.

Overall, though, The Green Inferno is a fun film with a lot of nastiness and brutality. Its main downfalls tend to be its acting and Roth’s occasional overexertion of theme from the director’s chair. Still, for those who enjoy classic cannibal films, this one hits on a lot of the main notes and sniggers at their search for morals.

Scream Factory has released The Green Inferno in a new Collector’s Edition set that contains both the Blu-ray and an audio CD of the film score. The transfer itself is the same as a previous release from Universal; it’s important to note that the film was shot on digital. Everything looks quite good on this scan from the lush colors to the depth and crispness of the picture, with no real issues to speak of. However, this is also what could possibly be a double- or triple-dip in terms of video quality since this, the Universal Blu, a previous French Blu-ray, and an Australian release all have the same picture.

Audio is presented in both a 5.1 and 2.0 DTS-HD MA track along with English subtitles. I didn’t notice any issues with dialogue drops or score, and everything sounds pretty robust, especially the 5.1 track’s booming bass.

Extra features collect some of the vintage featurettes from past releases including the 6-part making-of featurette, an audio commentary from Roth, cast, and crew, a Laurenzo Izza interview, a meet the villagers featurette, still galleries, TV spots, and trailers. These were already pretty extensive but Scream Factory has also assembled a new 50-minute interview with Eli Roth who basically takes the viewer through all aspects of the film’s production, shares behind-the-scenes anecdotes, and reveals the reasoning behind the themes of the film. Also, a new 30-minute interview with Izzo, Daryl Sabara, and Kirby Bliss Blanton gives even more insight into what it was like to shoot in Peru, from the bugs to the sickness that spread through cast and crew.

This amounts to about 70 minutes of new material not including the new bonus CD. Ultimately, this makes it worth picking up despite the lack of new transfer provided you truly enjoy The Green Inferno. For those who already own a previous version, this new Blu’s worth will depend on how much you like the film entirely.