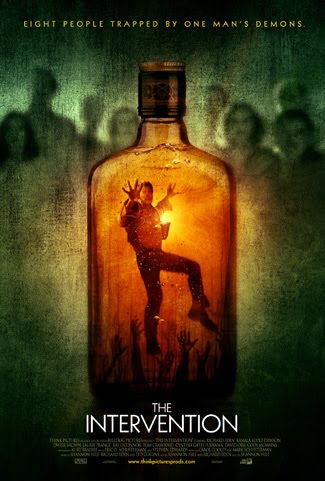 Husband-and-wife filmmakers Richard Eden and Shannon Hile are having their latest psychological thriller, The Intervention, screened at the Fangoria Trinity of Terrors Festival in Las Vegas this October 31. For those going, be sure to check out the picture at 2:30 PM.

The Intervention marks Shannon Hile’s directorial debut, and Richard Eden stars as the main character – what more could one ask for than to have one’s first movie screened on Halloween! The film is described as a

“Eight people have gathered in an isolated house just North of Los Angeles, to intervene in the destructive path of alcoholic husband, friend, and brother, Matthew Garret. The horrific, paranormal events that transpired on that autumn night, could only lead to one implausible conclusion – demonic possession.”

Along with the Trinity of Terrors Fest, the film will also be shown at La Femme Festival October 16 at the Renberg Theater in Los Angeles. You can view their website for more details on when and where to catch the flick.