Does Scream Factory crush this Blu-ray and should you be pressed to buy it?

Of all the fantastic short stories that Stephen King has written over his stellar career, The Mangler wouldn’t be one of those stories to spring to my mind and scream “Movie!” Nonetheless, it ended up being made back in 1995, with some fantastic talent involved, including Tobe Hooper directing, Robert Englund chewing up the scenery, and Ted Levine mumbling his way through cringe-worthy dialogue. The film itself, much like the story it’s based on, is an odd duck, with a mind-boggling story. It’s the type of movie that you have to see to believe.

The Mangler looks to draw you in by having a large laundry pressing machine becoming possessed due to a splash of virgins blood and some yummy belladonna (deadly nightshade.) The owner of the laundry factory is none other than Robert Englund, in loads of makeup and metal braces on his legs. Every scene that features Englund is a sight to behold. He is having a blast with this character, a character that is only mentioned briefly in the short story. He does his own thing with him, and it’s incredible. Ted Levine plays the hardened detective who is investigating all the mysterious and gruesome deaths taking place at the hands(roller?) of the presser. He isn’t one to automatically think possessed laundry machine, but as the evidence starts to stack up, pointing to a supernatural presence, he can’t help be drawn into this strange case.

The Mangler is a hard movie to take seriously, and the makers of the film know that. They put in some levity to lighten up the mood a bit, as there is no way someone can look at this flick and think anything but cheese. I assume when Stephen King wrote The Mangler (first published in the December 1972 issue of Cavalier magazine, and later released in Night Shift), it was during his shall we say, powder-filled days. Seriously, drugs had to be involved to come up with this insane story, and honestly, I love him even more for it. As for The Mangler the movie, it’s far from great, but the absurdity of the plot tends to impress more than depress. Get it? Press. As in laundry press. Damn, I’m good.

Scream Factory has released The Mangler on Blu-ray for the first time in North America (NSM have previously released the film on a limited edition Mediabook Blu-ray), and they managed to get their hands on the uncut version to boot! Although the differences are a mere 30 seconds of footage, the footage is extra bloody and gory and makes the film even better. As for the transfer, the film looks pretty impressive, with solid blacks and no dirt and debris present. The film is presented in both 5.1 and 2.0 DTS-HD Master Audio, and I ended up having to watch the movie in 2.0 but was still impressed with the sound quality. I did switch on the 5.1 and found it a tad low, but that could very well be my soundbar causing that issue. I’m sure Ryne will have more information when he gets around to reviewing his copy.

Extra features include a 20-minute interview with Robert Englund who oddly enough, loves the film. He enjoyed playing the disabled weirdo Bill Gartley and fondly remembers working in South Africa and protecting his makeup artist. Also featured on the Blu-ray is an audio commentary with co-writer and jack of all trades Stephen David Brooks. He provides plenty of information on the making of the film and working with Tobe Hooper. He even offers a few fun trivia facts and goofs when watching the movie (funky post office box is one thing to look out for). Rounding the features out are some rare Behind the Scenes footage, a trailer, and a TV spot.

The Mangler didn’t impress many people, and that’s just talking about the short story. The film did even worse, but because of all the people involved, the flick has garnered a cult following, and there are loads of people out there that love this quirky movie. I enjoy it quite a bit but know it isn’t going to be for everyone. As for the Blu, a few more features would have been nice, but it’s understandable not a lot of people want to remember the movie and talk about it. Nevertheless, if you love the film, the Scream Factory Blu-ray is worth the pickup.

The Mangler is a cheesy concept, both in short story and movie form, but there is loads of fun to be had with the flick. Scream Factory releases a solid looking Blu-ray but ends up a bit light on the extra features.
Film
Blu-ray
Reader Rating1 Vote
3.9
Take a second to support Cultsploitation on Patreon! 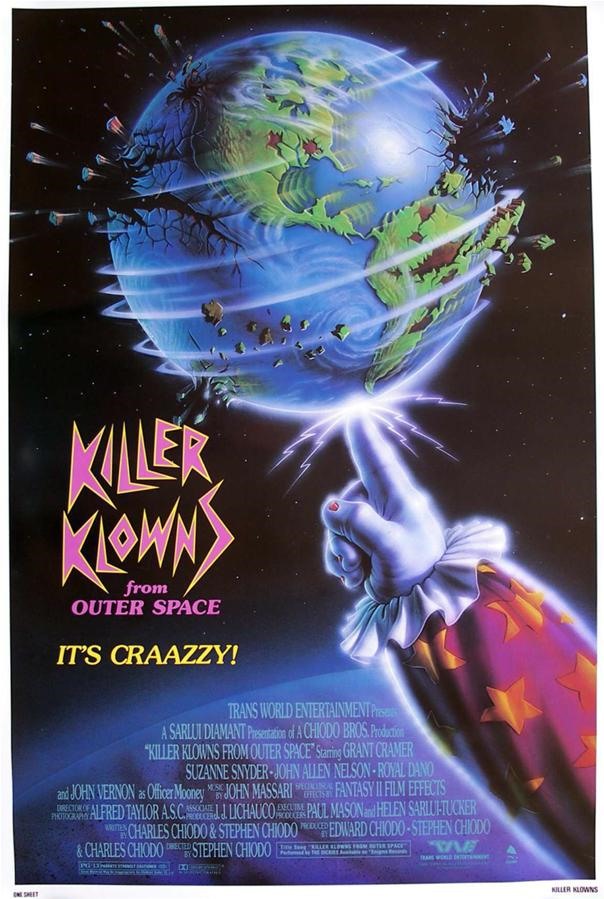