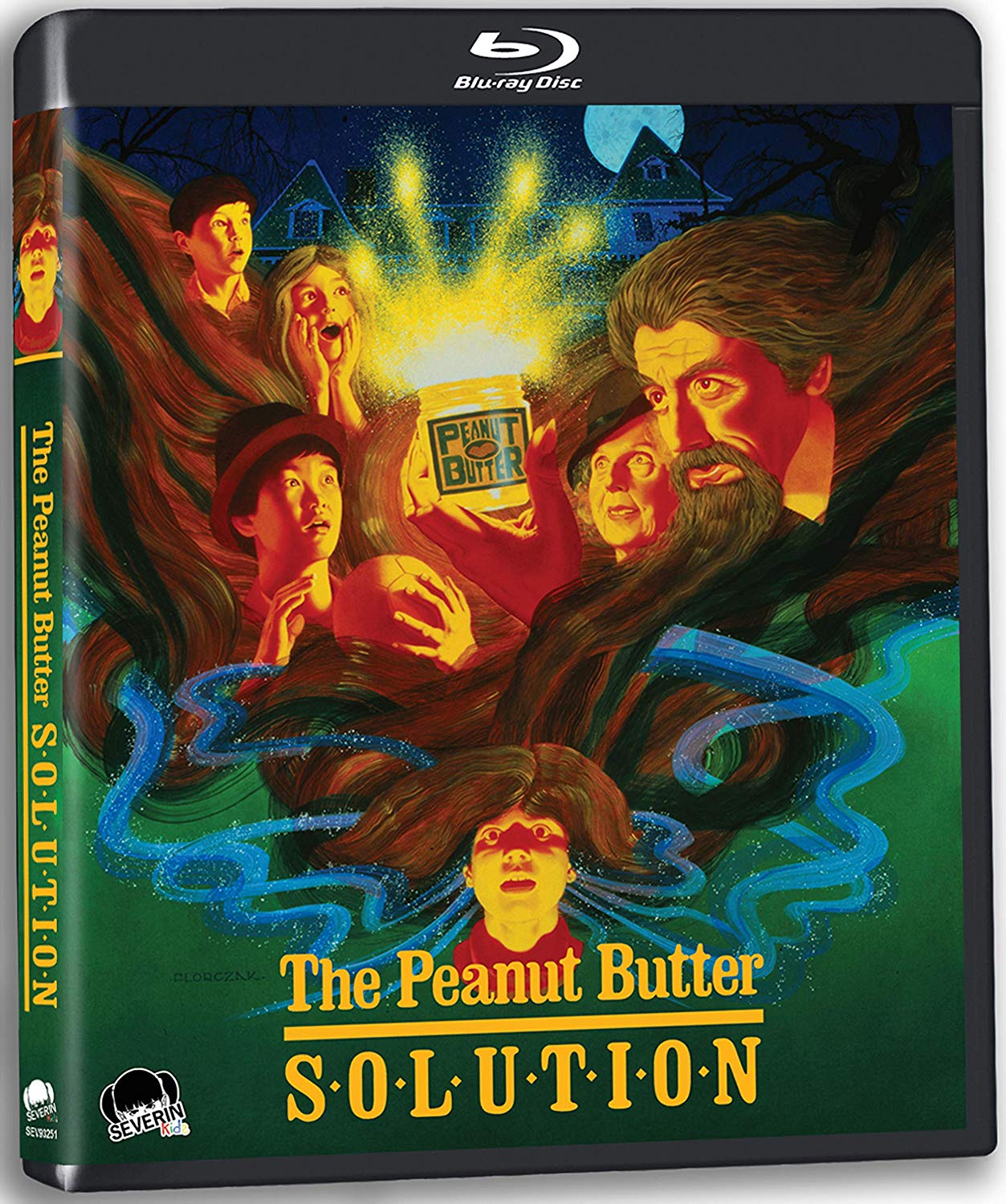 The Peanut Butter Solution is the epitome of everything good and bad with the Canadian film industry (good because it's Canadian, bad because it's Canadian). It wears its quirks on its sleeve and goes wacky doodle with the story. It might not be as frightening as it used to be, but it may randomly creep up in your mind some lonely night, forcing you to wake up and check to make sure your hair is where it should be. Pick it up today!
Film
Blu-ray
Reader Rating0 Votes
Good
The Utter Insanity
Canada!
Bad
Michael is a tool
Canada!
4
Buy
Amazon

As a Canadian viewer, The Peanut Butter Solution feels a bit more special than it would to, say, an American watching the film. In the ‘80s, Canada wasn’t cranking out movies like our neighbours were and for good reason; we didn’t have the disposable budget to make what we wanted. We had to work with what we had, and that wasn’t much. This is evident in The Peanut Butter Solution, a children’s film from the early ‘80s whose story is a mishmash of ideas thrown into a pot and stirred until burnt.

After experiencing a fright, annoying little shit Michael loses all his hair. As if this is the end of the world or something, Michael cries and pouts and just becomes a general pain in the ass snotnosed child. Thankfully, a couple of wino ghost hobos provide Michael with the cure to baldness. Unfortunately, dipshit Michael doesn’t follow the rules and his hair keeps growing and growing. In a random tangent, the high school art teacher abducts Michael, along with a bunch of other kids and forces them into child slave labour making magical paintbrushes made from the ever-growing hair of Michael. It’s up to Michael’s friend Connie (Siluck Saysanasy) and his sister-mom Suzie to save the day. Michael’s father Billy (Michael Hogan) would help, but he is busy squeezing out the world’s ugliest painting.

The Peanut Butter Solution is notoriously known as the film that gave several kids nightmares growing up, thanks to showing up on HBO in the States. I can easily see why this flick would do that, as there are a few scenes that do come across as something out of a horror film. Also, the acting alone from several actors would be enough to make anyone bolt upright at night covered in a cold sweat. Yet, oddly enough, I appreciated this oddity of a film. There are all sorts of messages in this movie: loss, homelessness, sweatshop labour, child abduction, terrible parenting, drugs making things cool, rabid dogs, low budget soccer, wasteful sugar adventures, and most importantly, itchy ball hair. There is literally something for everyone!

CHECK OUT
Our gallery of screenshots from this Blu-ray

The Peanut Butter Solution is the first in what will hopefully be many under the new Severin Films brand Severin Kids. Much like their normal brand, Severin puts a lot of effort into releasing a quality package. First off, we have a solid video transfer of the original cut, which boasts a clean and clear image, with hardly any dirt or debris. Severin also provides the US cut, which is slightly longer, but the transfer isn’t as pristine due to it being sourced from a theatrical print. In our gallery for the Blu-ray release, you can see the difference in quality between the two transfers. Audio is DTS-HD Master Audio 2.0 Mono, and no issues creep up.

Special Features include a new audio commentary with Producer Rock Demers and Actor Matthew MacKay, Moderated by Filmmaker Ara Ball. There is a new interview with producer Rock Demers, who talks not only about The Peanut Butter Solution, but some of the other films in the Tales for All series of Canadian kids movies. The Dog Who Stopped The War needs to be released ASAP! The second new interview is with actor Siluck Saysanasy, who reminisces about his audition, working with director Michael Rubbo, and having a great time just being a kid on set. The last new interview is with writer Paul Corupe, who talks even more about the Tales for All series. Rounding the features out are two trailers for the movie.