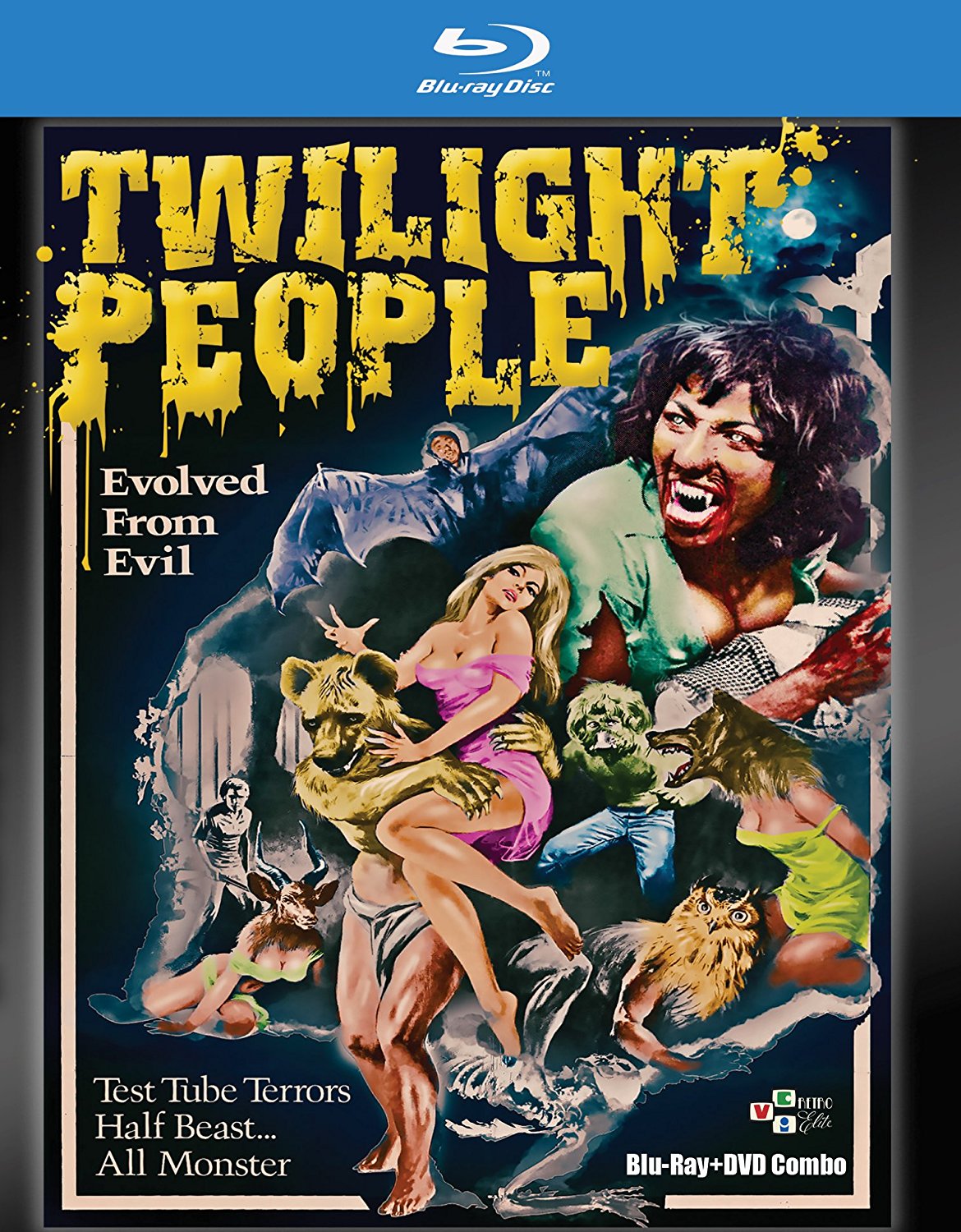 Matt Farrell is taken to a deserted island where Dr. Moreau Gordon has been experimenting with cross-breeding and brain manipulation in order to create human/animal hybrids. His daughter Neva has had just about enough of these shenanigans, especially because Dr. Gordon and his henchmen don’t treat the creatures with the respect they deserve, and so she finds a perfect opportunity to escape when Matt decides that he’s going to blow this joint and participate in the ultimate adventure.

The Twilight People is effectively another adaptation of H.G. Wells’ seminal story The Island of Dr. Moreau, replacing the titular character with another misguided scientist thinking that he can create the ultimate human/animal crossbreed. The story has a number of film versions, most notably the Bela Lugosi-led Island of Lost Souls and Terror is a Man, the latter interestingly produced by Eddie Romero before he went on to write and direct The Twilight People. It’s somewhat surprising that The Island of Dr. Moreau has had so many adaptations, too, because the plot points of the story leave little element of variation. Here, Romero’s Twilight People hits nearly every one of those key points, adding a bit more violence to its repertoire.

The film follows John Ashley’s character Matt Farrell after he’s kidnapped and taken to Dr. Gordon’s (Charles Macauley) island of misfit humanimals; he quickly falls in love with Neva (Pat Woodell) but also with Gordon’s right-hand man Steinman (Jan Merlin), a man straight out of The Most Dangerous Game who gets his kicks hunting things – humans being the prime target. Ultimately The Twilight People progresses as one would expect – Farrell uncovers Gordon’s nefarious schemes and wants to make his way off the island, but Neva, being a caregiver for the creatures, would like to help them make their getaway too.

Farrell as a character is interesting because he’s truly only interested in his own survival. When it comes to Neva, he simply allows her to bring the hybrid animals along for the trip. The film spends a good amount of time on Farrell and Neva during the first half of the film, giving some nice backstory to their relationship before they make their escape. It works well, and the first 45 minutes of the film are absolutely the most enjoyable.

When The Twilight People makes it to its second half, though, everything sort of falls apart. The human/animal hybrids are just not that interesting although they do somewhat garner some sympathy; still, Romero doesn’t spend enough time on documenting them, and so it’s tough to find a lot of compassion for them when one of the creatures nearly rapes Neva. The makeup isn’t great, but it does help to have Pam Grier in a skimpy panther outfit (though, unfortunately, she does not bare all).

The last act of The Twilight People becomes – literally – a tedious trek through the jungle as Farrell attempts to avoid Steinman and Neva and the rest of the humanimals try to make their escape. Romero’s plot doesn’t have the necessary excitement to make the film stand out, and this is too often a problem with using The Island of Dr. Moreau‘s storyline so closely: it does not make for a very exciting full-length film without some serious modifications. Romero isn’t able to do that with his script and The Twilight People suffers a long-winded conclusion even at only 81 minutes.

Fans of Dr. Moreau adaptations might find something to like here, but The Twilight People is just not compelling enough, which is most likely why it has not found much of a cult audience. There are better films of this type, but perhaps this movie’s best offering is its beautiful Philippines setting.

The film is not overtly violent but it does have a good dosage of blood here and there, including a few humanimal attacks. Probably the best effect in the film is the return of Dr. Gordon’s experiment Mary, who looks appropriately decayed after living in the jungle for a long period of time.

There isn’t any of that here despite the cover’s half-nude women; only Pam Grier is sporting any kind of cleavage.

The Twlight People gets both a Blu-ray and DVD in this VCI Entertainment combo pack. The film has gotten a new 2k scan of the original 35mm negative and, in certain scenes, looks fairly crisp with a healthy grain overlay. However, this release has some major issues with color timing, often in the same shot – most noticeably this occurs right at the beginning in a horizon shot where the left and right side of the screen appear naturally colored and the center features a greenish tint. This continues to occur throughout the film in various ways, mostly giving the film odd hues including some purple scenes. It’s unclear how much this is related to the preservation of the original negative but it does seem like VCI could have corrected some of the more egregious issues. The color timing does unfortunately taint this release, but most of the other items of picture quality seem to be well-represented, even if the picture is a bit soft.

This release gets an English linear PCM stereo track and it sounds pretty good, with clear dialogue and a loud soundtrack. No big issues with the sound here. English subtitles are also provided.

VCI Entertainment has included two extra features on this release. One is an audio commentary with Toby Roan and his friend, film historians well versed in the adaptations of The Island of Dr. Moreau. They talk about the previous releases and run through some of the interesting elements in The Twilight People, making this an educational listening experience.

The second extra is an hour-long interview with Eddie Romero, who talks about shooting films in the Philippines. An intro to this interview specifies that the video quality is not up to VCI’s usual standard. which is true – it’s sort of a rough watch. However, this feature is not just focused on Romero’s work on The Twilight People but his experiences in the Philippines shooting a number of movies there. Worth a watch.

Besides those two extras a theatrical trailer is also included, along with reversible cover art and the aforementioned DVD version of the film.